Highgate Cemetery is a picturesque place in London, full of old ivy plants, catacombs, and pre-industrial gravestones. Some might call it dilapidated, but this cemetery is the final resting place for many celebrities like George Michael, Karl Marx, George Eliot, and Henry Gray (author of the original Gray’s Anatomy).

This overgrown cemetery, replete with gates, tombs, and creepy moss-covered stone statues, was the perfect setting for a group of teens in the 1970 to start a mass vampire hunt. It just so happened that things got a little bit out of hand. 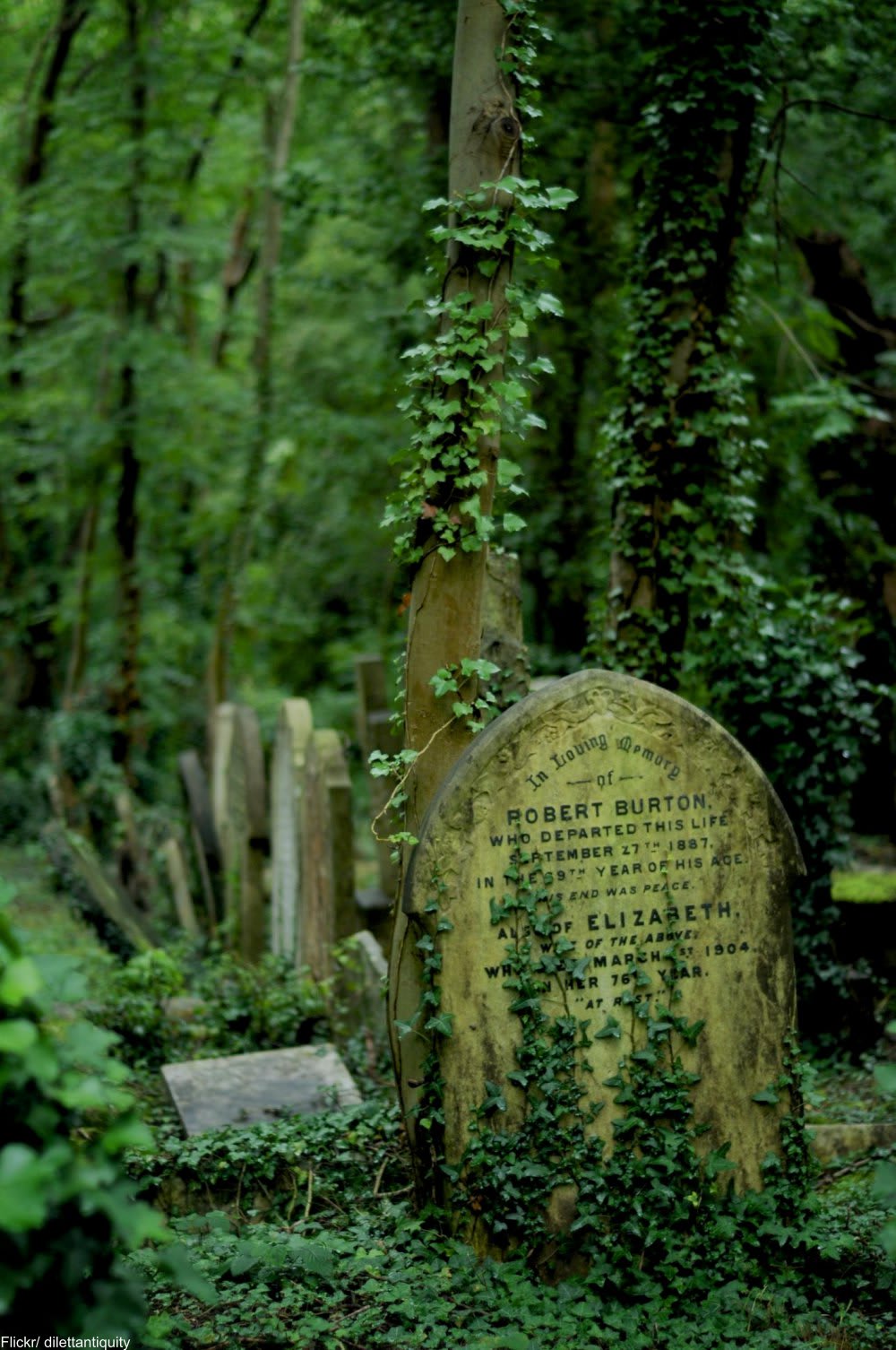 Highgate Cemetery was opened in 1839 on the site of the former estate Ashurst. It was designed not only with the Victorian Gothic sense of ornate design you’d expect from a place like this, it was built to hold thousands upon thousands of bodies discreetly and Queen Victoria was apparently very fond of burying her servants at Highgate.

Sadly, this final resting place for 160,000 corpses was left derelict for much of the 20th century. After World War I took the forty some cemetery gardeners to the warfront, Highgate was largely overgrown, despite the fact that new burials are still taking place there. 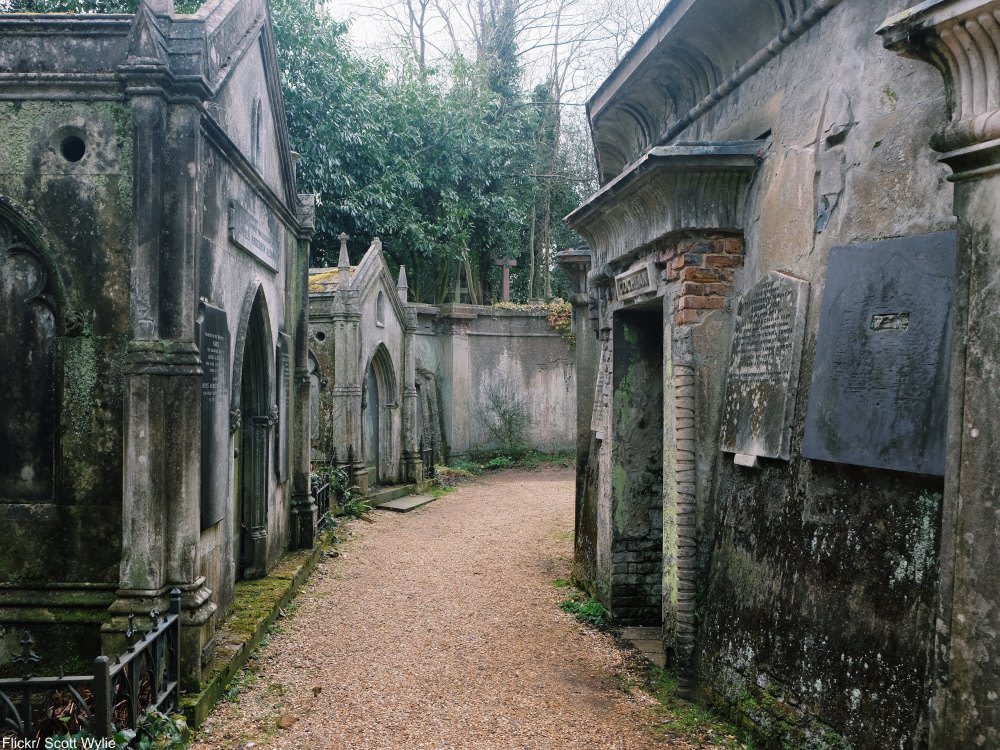 In 1970 a series of events would unfold at the historic Highgate Cemetery that would haunt the nation and inspire more acts of an occult nature than had ever been reported there before. A group of teenagers began to spend nights there in the late ’60s, some vandalizing the grounds and graves, while others practiced “occult” rituals.

All this is pretty small potatoes to start with, but as time goes on, teens are spooking each other by telling ghost stories about the site, that grey figures vanished into thin air, that demons roamed the grounds. Highgate got a reputation for being legitimately touched by the supernatural.

As the legends grew, teens began to spend more time there on dares or leaving spooky “clues” for each other (possibly inspired by grave disturbances at other historic graveyards around the same time). On Halloween of 1968 the London Tottenham Park Cemetery was the site of grave disturbances, giving rise to this kind of culture. This is known as “legend tripping” when the acts around a legend seemingly reinforce the perceived truth of the legend and the cycle spirals, gaining both believers and participants in the process. 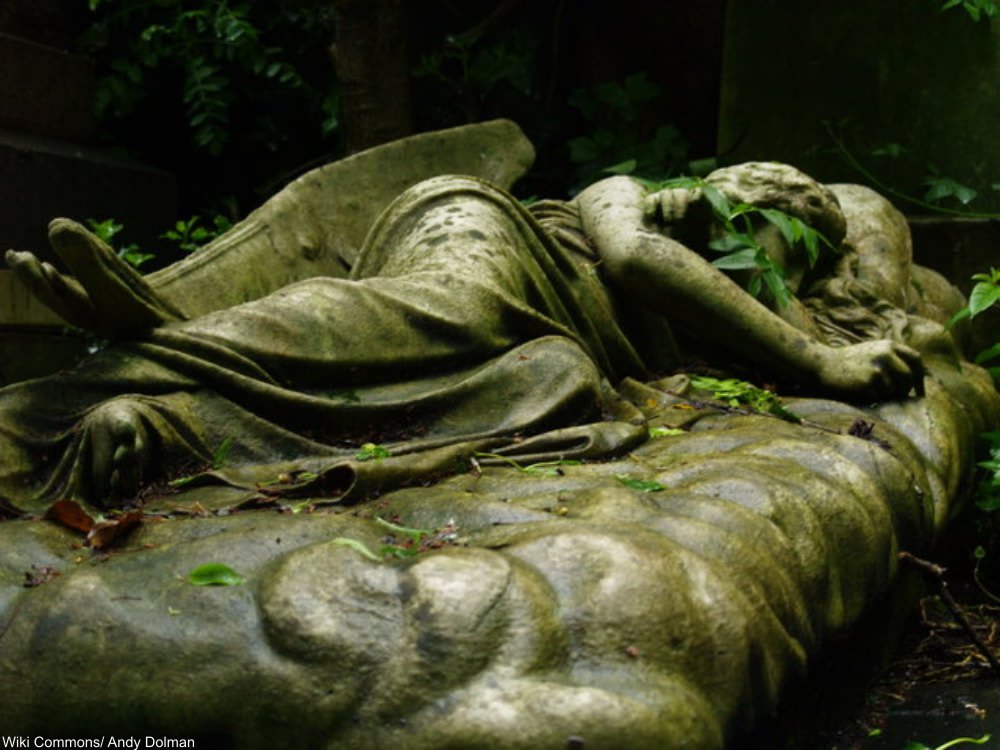 By 1970 two feuding magicians both claimed to be hunting a vampire (or “wampyre”) in the cemetery, which shockingly gained local media attention and made the story seem more credible, especially to young minds.

Fueled by the ghost stories of their peers, the strange events at the cemetery (caused by other teens), and the media coverage, a mob made up of mostly of young people converged at Highgate Cemetery on Friday the 13th of March 1970 in a blind panic to find the vampire. However, some were reported to have taken the vampire-hunting event as a “lark” (or perhaps a reason to commit vandalism). This was, interestingly, the second consecutive Friday the 13th of that year. 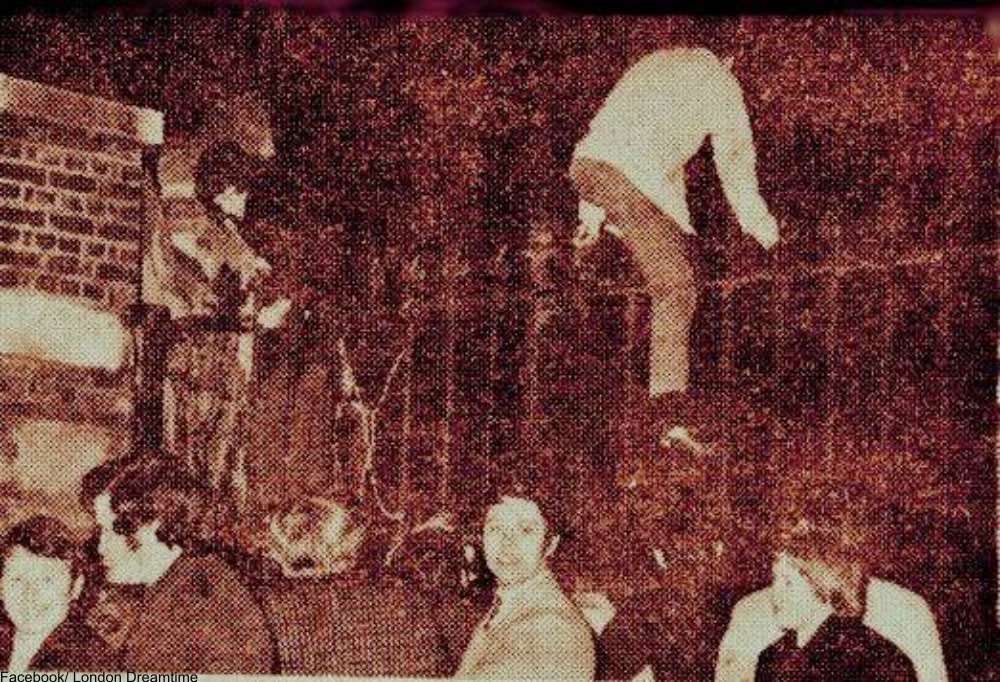 This mass hysteria event resulted in the destruction of graves and corpses, some found later to be headless, stabbed with stakes, or set on fire in what was a gruesome turns of events. Teens were digging up graves and defacing the bodies of those long dead in order to stop what they saw as a potential vampire uprising. 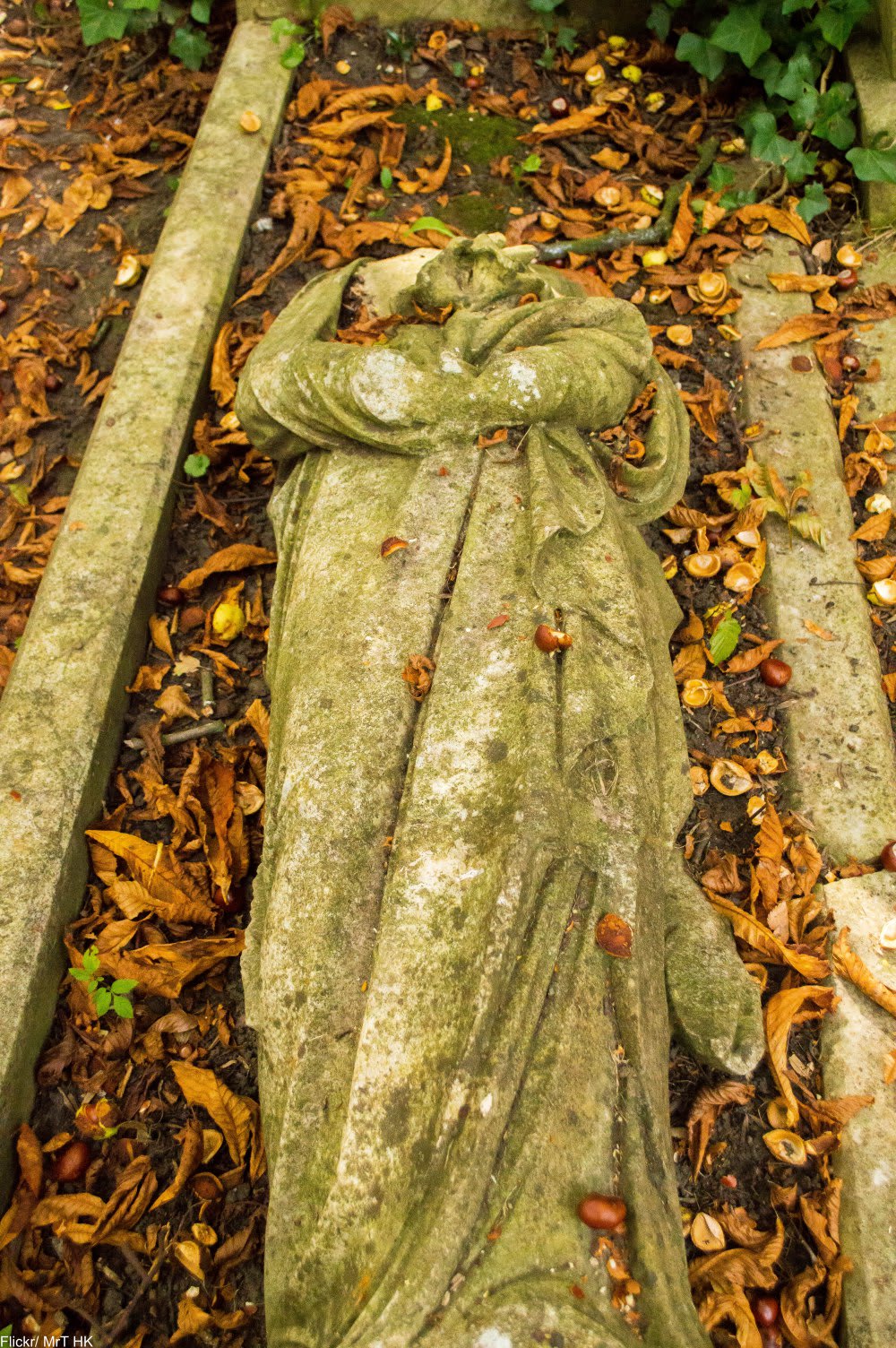 These types of occult activity continued into the 1970s, with teens amping each other up to go fight demons and monsters in the Highgate Cemetery. Accounts from the two magicians in question, David Farrant and Seán Manchester both claim that all manner of evil supernatural things were happening at Highgate.

Today you can take a spooky tour of the grounds and hear the tales at the Highgate Cemetery for the cost of a ticket, but of course, you’ll have to be over 18 (no minors allowed).