In the ruins of Pompeii, Italy, archaeologists found a whole city preserved in time, secured by the lava and hot ash that rained down from Mount Vesuvius in 79 AD. When researchers discovered the wealth of artifacts at Pompeii, the less-known site of Herculaneum was overshadowed by its sister city. But, this city, better preserved than Pompeii, has a fascinating story behind it. 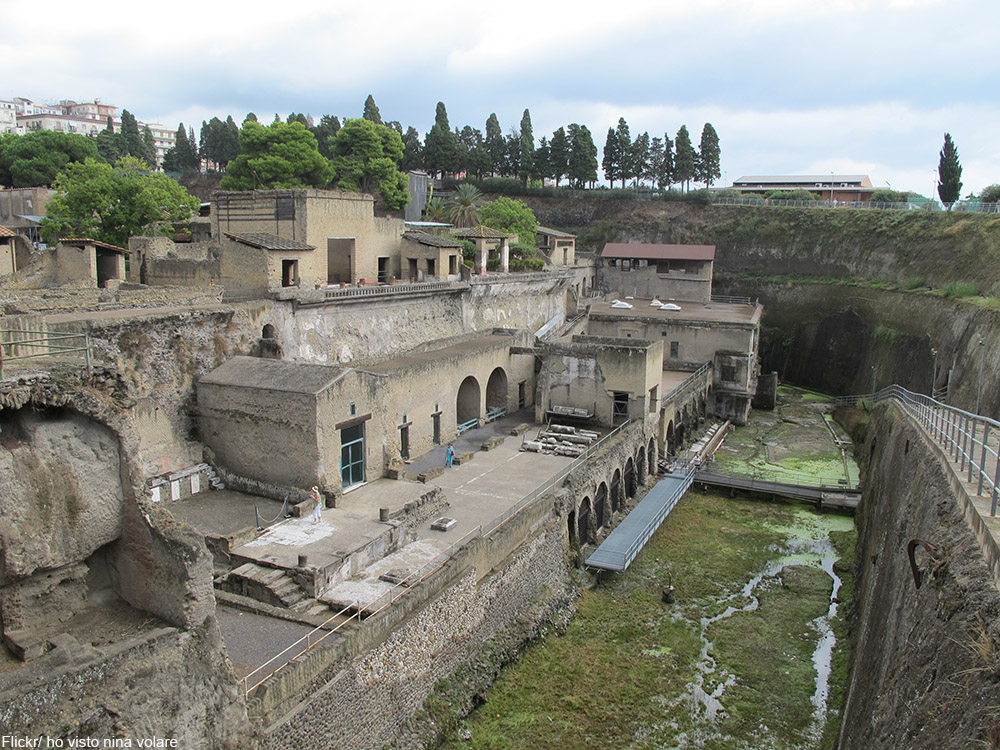 In the 1st century early warning systems used by humans were quite primitive. As such, the citizens of the mountainous settlements around Vesuvius had very little time to even comprehend that a volcano was erupting just up the mountain. Even for those who had some warning, they had no clue as to how the wind would shift in the days that followed the initial eruption. While the tragic losses at Pompeii are quite evident from the ash-preserved bodies, the truth is that the people of Herculaneum had more time to prepare before they were hit. 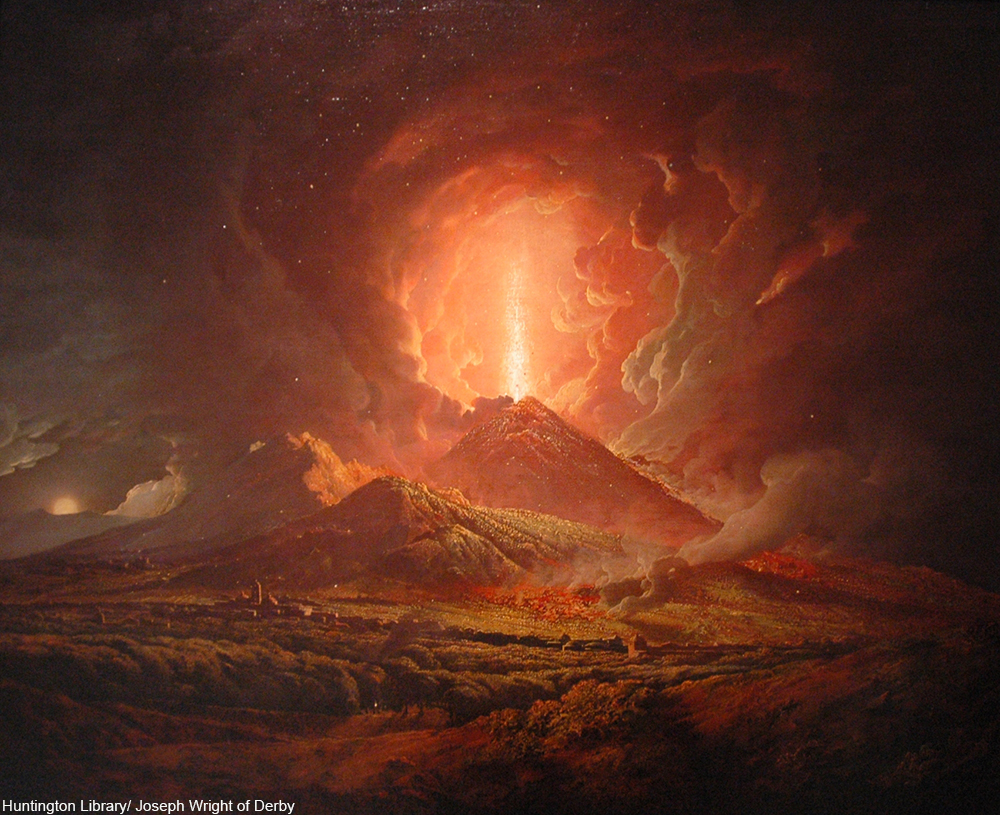 Artistic account of Vesuvius erupting from the 1770s. Via/ Wiki Commons

Unlike other volcano-struck Roman towns, most of the bodies found at Herculaneum (some of the first to be studied in Italy because at the time they cremated their dead) shared a common trait. The skeletons showed signs of hard labor, indicating that most of those left behind to die were slaves. Herculaneum was a much wealthier area than Pompeii, which is reflected in the skeletons that were found as only the wealthy could afford slaves. In this era, slaves were expected to sacrifice their lives for their masters, often based on completely arbitrary circumstances.

There have also been more wealthy individuals found, like the “Ring Lady” laden with gold rings, bracelets, and coins. Perhaps the slaves were only there to accommodate a handful of wealthy hold-outs who believed that the city would be spared. The fact that so many of the skeletons found at Herculaneum had at one point or another belonged to people doing hard labor is a strong indication of the class differences that existed at the time. 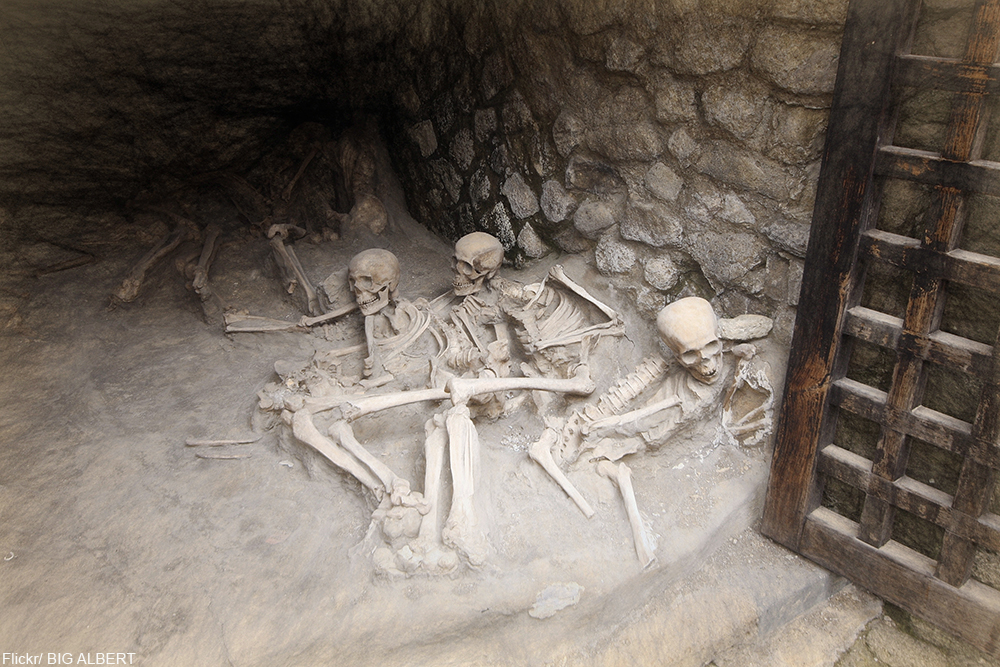 Inside one of the boat houses where people sheltered. Via/ Flickr

The skeletons found at Herculaneum, which were carbonized from the heat and lava flow, number around 300. However, there are still parts of the city that have never been excavated. The city was covered by volcanic ash, which is why it’s so well-preserved, but it wasn’t the cause of death for the victims.

Despite the discovery of Pompeii and Herculaneum in the 1700s, it was largely thought up until 1982 that everyone had evacuated Herculaneum, unlike Pompeii. It was in the early 1980s that the skeletons of dozens of people, huddled together in boat houses to escape the heat and ash, that researchers realized that there were many people who never had the chance to escape. 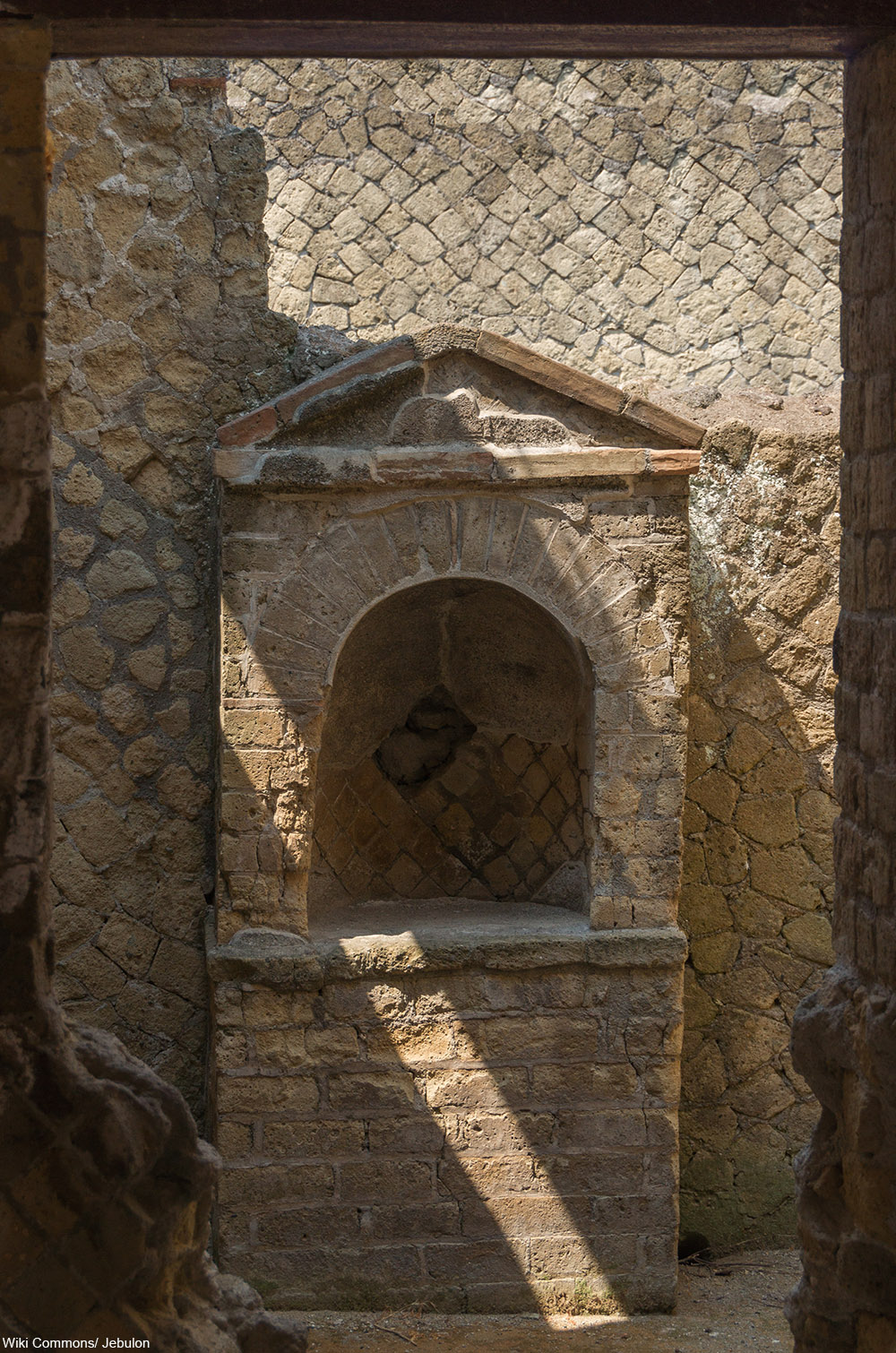 An altar in Herculaneum. Via/ Wiki Commons

On the whole, most people did escape the hot ash of the eruption, as can be traced through the records and culture of nearby coastal cities where they were refugees arriving by the thousands.

While Pompeii is more famous and is bigger, Herculaneum is better-preserved. Among the most spectacular of the finds there are the colorful and expensive mosaics murals in some of the wealthier houses. Herculaneum was a sort of resort town, full of people enjoying the delights of a costal resort town. 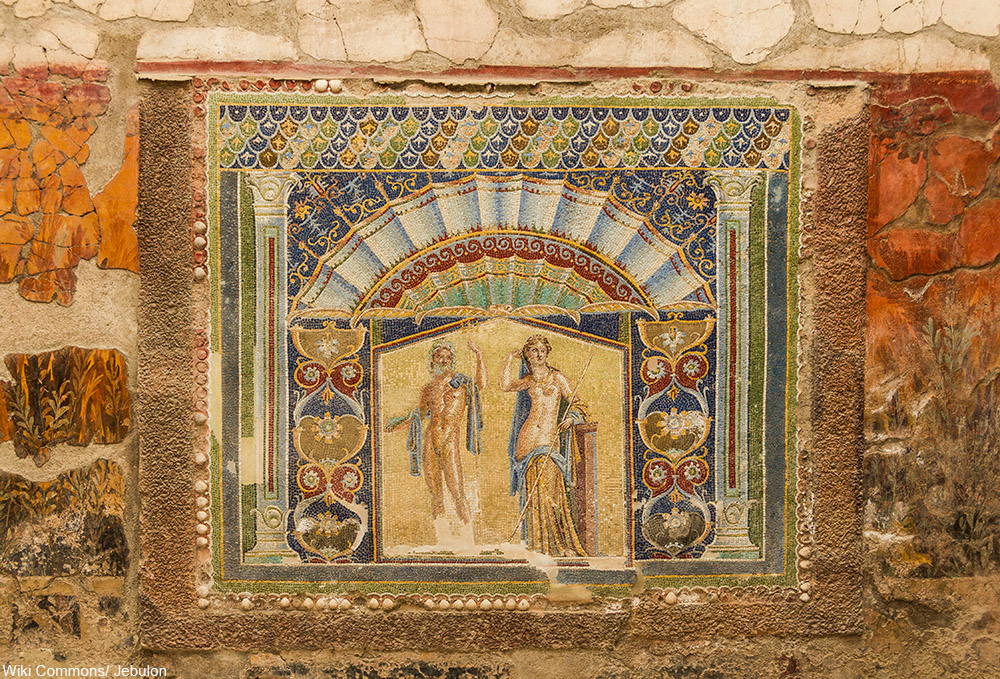 The cities are such anomalies because the deep layers of ash that covered them preserved them. Whereas other Roman cities changed slowly over time to become some that would have been unrecognizable to the original inhabitants, the preserved cities buried by the volcano offer a time capsule look into what life was like nearly 2,000 years ago.

Combined with the sites of Pompeii and Torre Annunziata, Herculaneum is a UNESCO World Heritage site and for good reason. The city can be toured today, though some of the remains are buried under the modern day city of Ercolano in the region of Campania. Since the 79 AD eruption, Vesuvius has erupted around 36 more times over the centuries.

The ancient Roman shipwreck that was carrying 3,000 jars of condiments: Click “Next Page” below!