Nearly 100 Years After His Grandparents’ Wedding, He Found This Inside An Old Hat Box!

A common tradition for newly weds is to save the top tier of their wedding cake, to be eaten on the first anniversary. Well one couple never got around to eating that top-tier, as their grandson found it preserved in a hat box more than 100 years later! While cleaning out his garage, Ronald Warninger came across the hat box inside of a big kettle-like canning pot. He instantly knew what was inside. 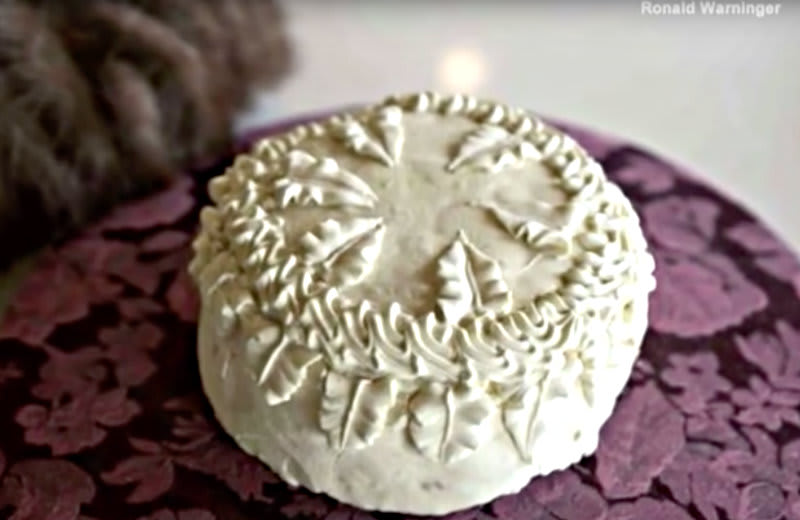 Warninger remembers seeing the cake stored in his parent’s freezer as a kid, and being told never to touch it. He says that, although there were never really any plans for it, he got a call from his sister earlier this year inquiring about the cake (2015 marks his grandparents’ 100 year anniversary). Though he couldn’t find it at the time, he stumbled across it in an effort to declutter his garage, and he’s quite happy he did.

Along with the cake, Warninger found a poem written to his grandmother by a friend in 1905, ten years before the wedding. It reads:

“Dear Inez, – Remember me when far away, and only half awake.
Remember me on your wedding day, and send me a slice of cake.” 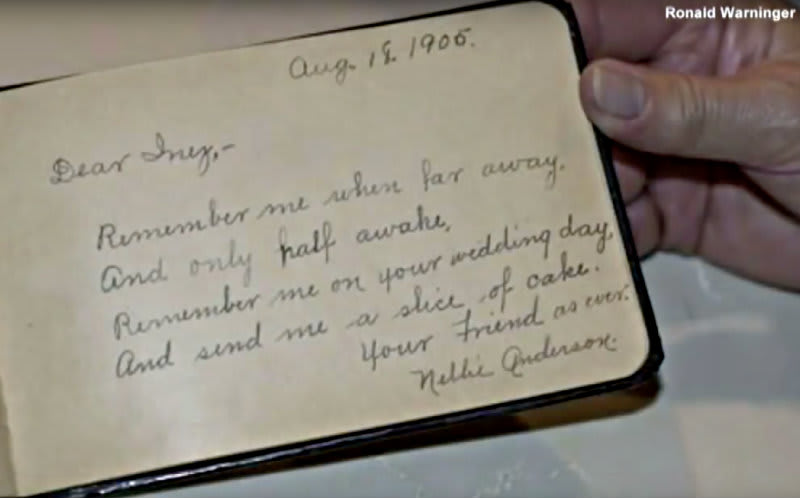 While the cake is obviously inedible, with icing that “sounds like porcelain when you tap it,” Warninger is just happy to have this family heirloom in his possession. Get a closer look at this discovery in the following clip from Inside Edition.