A Forgotten Time Capsule Is Opened For The First Time In 100 Years!

This story is somewhat old, but it’s really quite fascinating if you missed it the first time around. In 2014, historians opened a time capsule from 1914, created by Wall Street businessmen. Among the capsule’s contents were old newspapers, medals, documents — one which dates back to the Revolutionary War — and a telegram from New York’s Governor at the time, Martin Glynn, which read, “May every problem which now engages the attention of New York have found a solution.” 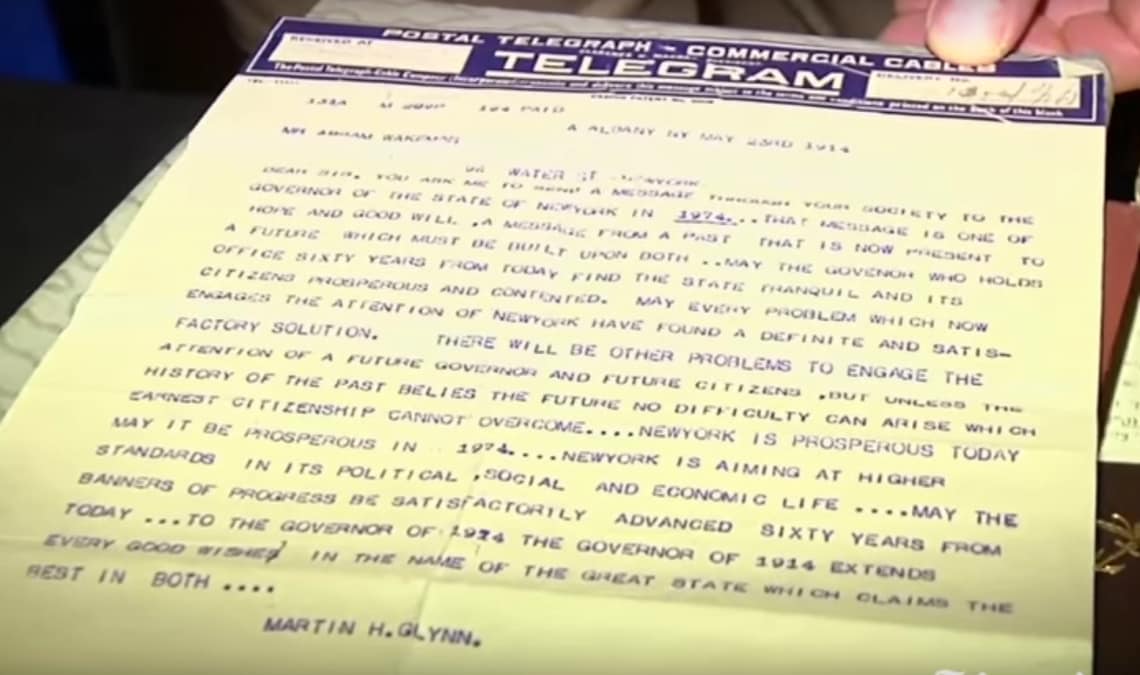 The time capusle was originally supposed to be opened in 1974, but was simply forgotten about in a storage unit. When historians found it in the late 90s, they decided to wait until the 100th anniversary to open it. The time capsule was repack and resealed, along with a new time capsule created by local high schoolers, with instructions to be reopened in 2074. Among the items included in the new time capsule are a bottle of Purell hand sanitizer, an Amazon Kindle, and a copy of The Economist, as a nod to the original creators. What would you include in a time capsule?