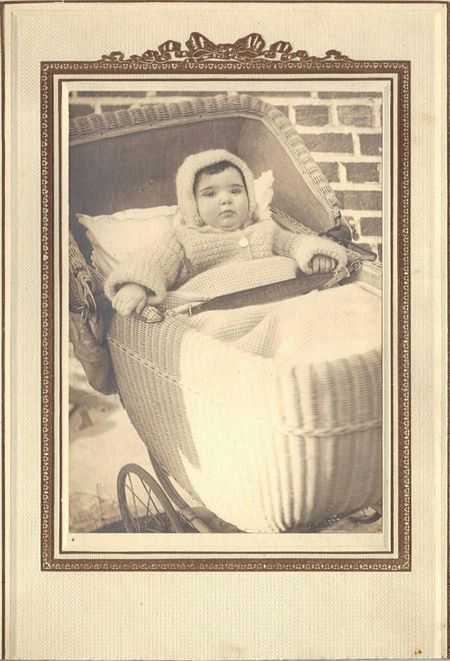 Isn’t this adorable?! We’d like to thank Barb Hahn for posting this beautiful photo of her mother who will be 90 this month. Look how well she was dressed as a baby and in that beautiful wicker buggy! It is so charming. And “Happy Birthday” to the beautiful lady! 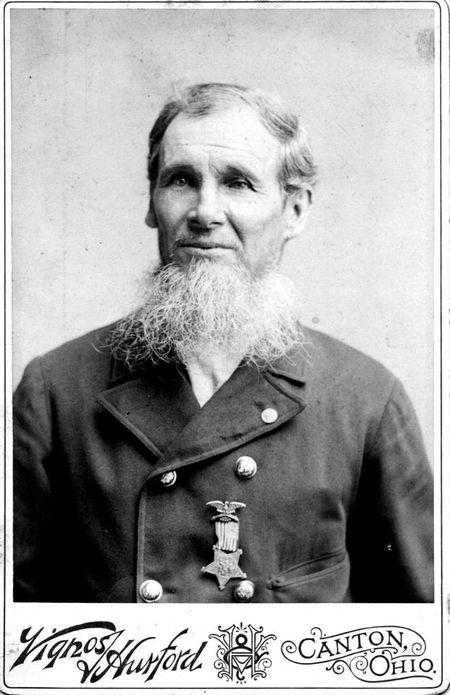 Randy Colby shared with us this fantastic photo, circa 1912, of his Great-Grandfather, Henry R. Colby, who was a Civil War Soldier. Randy writes that the was captured, released, then re-enlisted. Since the photo was made in Canton, we assume he served with one of the Ohio regiments. He still looks strong in this photo. Thank you, Randy, for sharing this with our antiques community. 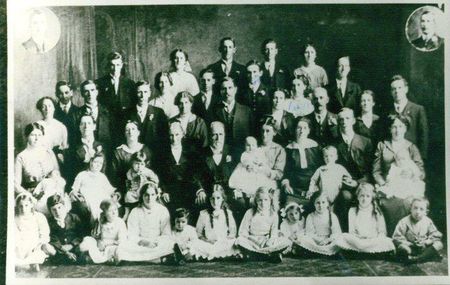 Ian Winduss writes that this 1914 photo is of his Great-Great-Grandparents and their extended family. Ian only met one of them. The small boy at the right is his Great-Uncle. He does know some of the stories about the people shown and, like we all have, some are sad. With a date like 1914 there was war, the Spanish flu, lives cut short from childbirth and disease and another war 20 years later. We’d like to thank Ian for sharing this with us. It reminds everyone of our own family stories. They are a proud-looking family and we all know that it had to have been a remarkable experience to get so many together at one time and have babies and children sit still long enough for the photo. It is a treasure. 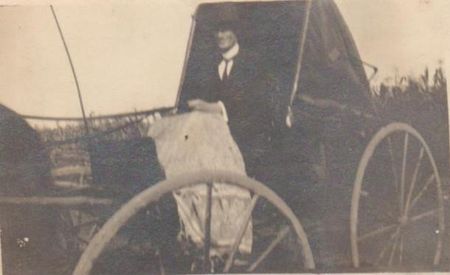 JoAnne Knox believes that this photo dates to about 1900. It is of her Grandfather, James Morgan Robinson, who was a circuit preacher in Kentucky. Notice that he has a throw over his lap to help stay warm…we bet there’s a foot warmer in there, too.

Circuit riding ministers were common during the “Second Great Awakening” in the United States, especially in the areas west of the Appalachians. They covered several rural churches, often in separate counties, making up a “circuit”. The practice continued well into the mid-20th century for rural communities that could not afford a full-time minister. Most all denominations had “circuit-riders” but the Methodists may have been the most dominant since they “assigned” ministers, often new ones, to cover rural “circuits”. The circuit riders often helped to spread learning and culture in frontier areas. They generally stayed overnight in local homes and many parlours were kept ready “for the preacher”. 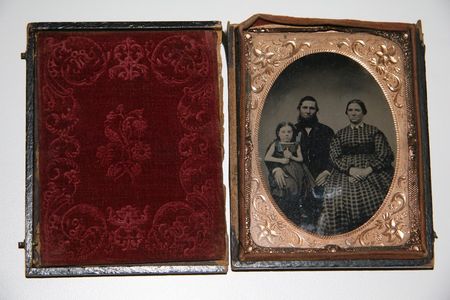 Shari Cygan writes that this beautiful dag is of her Great-Great-Grandparents Matthais and Margaretha Rauscher Walther and their daughter Anna. It was taken about 1869 in Cleveland, Ohio. It’s just so remarkable to have something like this in a family. It has survived for over 140 years. Thank you, Shari.