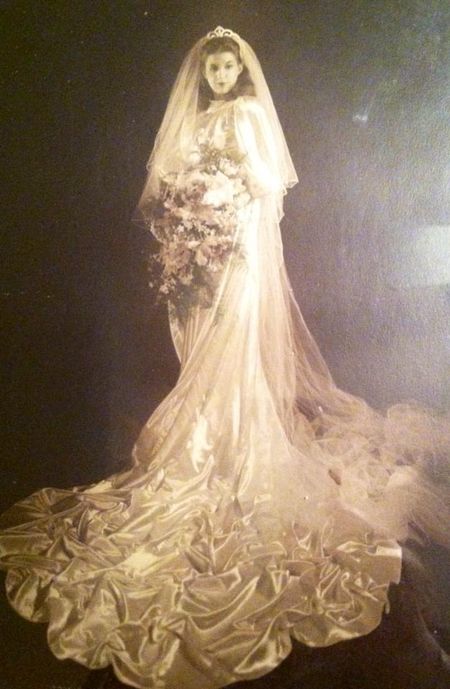 Sue Gorski writes that this is her mother in her wedding gown, 1941. Sue also adds that “She is now 92 years young!” We’d like to all send our very best wishes to a very beautiful and elegant lady! 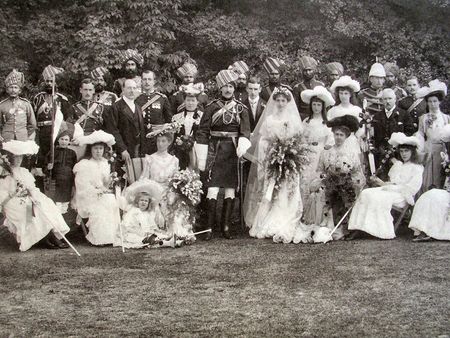 Caroline Blomfield’s photo captures part of history. It was taken in England, 1902. Her mother-in-law, Gladys, is the little girl on the ground in the front. She was the little bridesmaid. Notice that she, too, wore a large hat. Her brother, Cecil, was the bridegroom. He was in Britain’s Indian Army. Caroline adds an interesting fact about Cecil. She writes, “UncleCecil was at OUR wedding in 1960, by then an old gentleman of 86! Shortly afterwards, he headed off for a holiday in Brazil and died somewhere up the Amazon. Just the sort of way he would have wanted to go!” 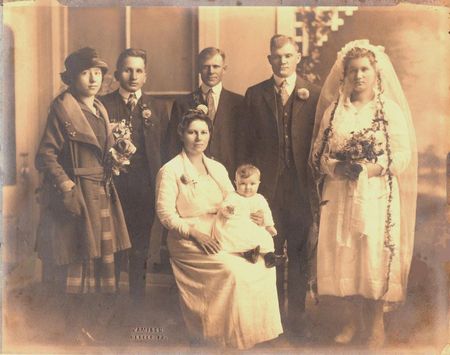 Stephanie Zigo posted this photo made in the 1920’s. It is of her grandparents’ wedding day. She noted that “He ‘sent’ for her from Moravia“. We would love to know more of the story! 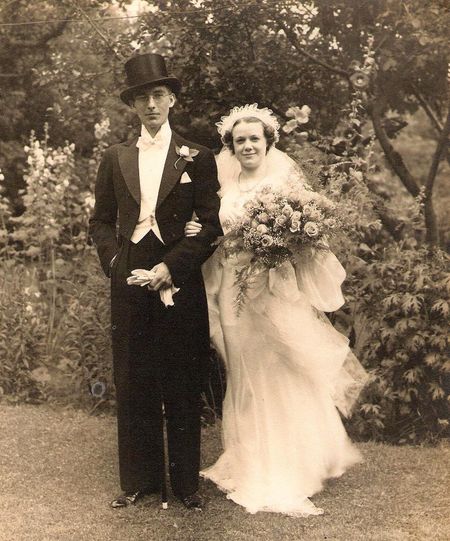 Veronica Prior shared this great photo from her parents’ wedding, 1936, in Cornwall Ontario, Canada. They are Guy John Faulkner Dobell and Dorothy Ethel Fetterly.

This wedding photo, from Karen Hamman, is of her grandparents in the 1920’s. Notice her shorter dress and how it looks to be of fine lace and that she is broadly smiling.