The holiday season is upon us, and what better time to take a trip back to yesteryear with our seasonal antiques? Christmas antiques are often treasured family heirlooms and reminders of holiday gatherings from years past. As we celebrate the season with family and friends, these antiques serve as conversation pieces, and they make the festivities even more meaningful. Today, we’ve rounded up five of our favorite reader-submitted holiday antique photos. Look out for more featured holiday antiques posts in the coming weeks, and upload your own photos to the Dusty Old Thing Facebook pagefor a chance to see them here! 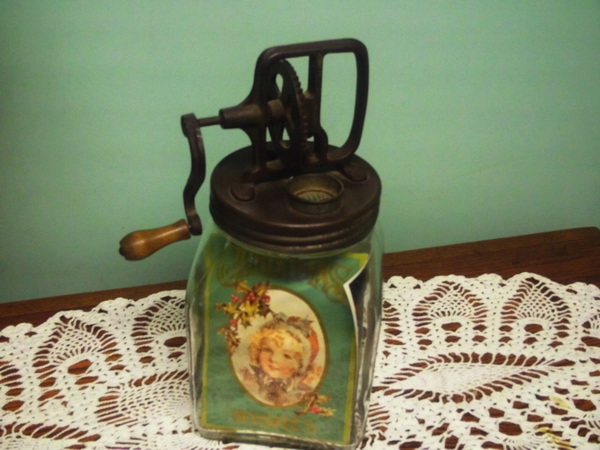 from: Patricia Robinson: “I have been keeping an old Christmas Card in the Antique Butter Churn. I love the Churn. A gift many years ago. Pat. R” 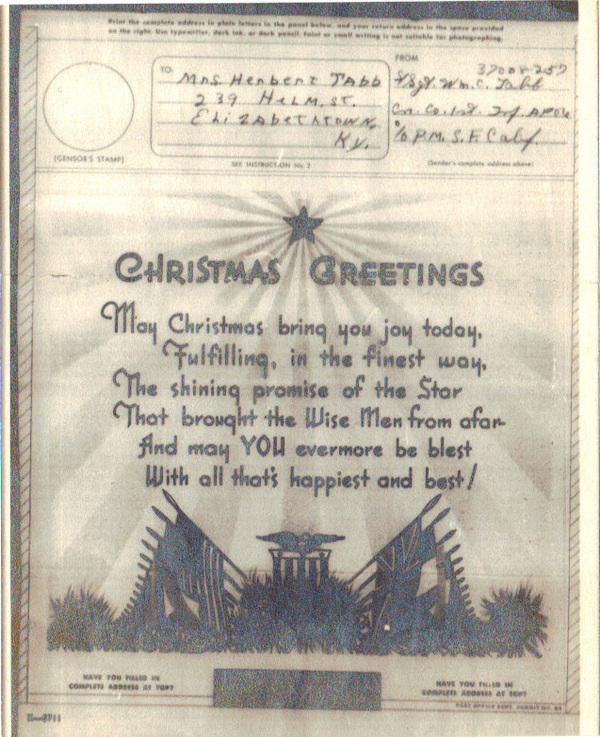 from: Lois Williams: “Christmas Greeting from my uncle William Tabb to his mother during the war 1942” 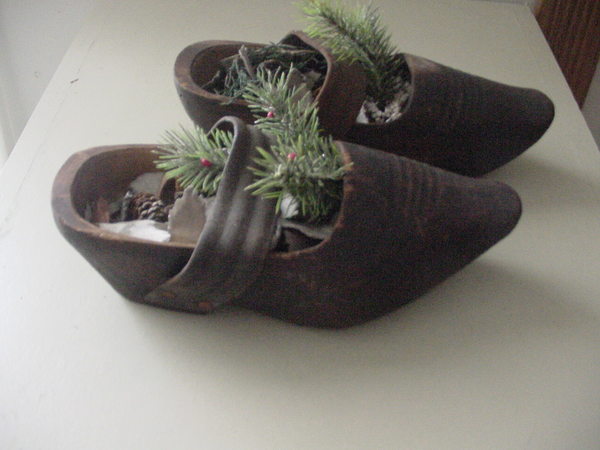 from: LauraLou Anderson Bashlor: “My mother and her sisters were little girls when their oldest brother went off to World War 1. After he was deployed he sent them a Christmas package. There was a pair of shoes for each of them. Their father took to his library to try and figure out where his son was stationed. The guess was Holland, of course. But it turned out these are French Peasant Field Shoes…he was stationed in France.” 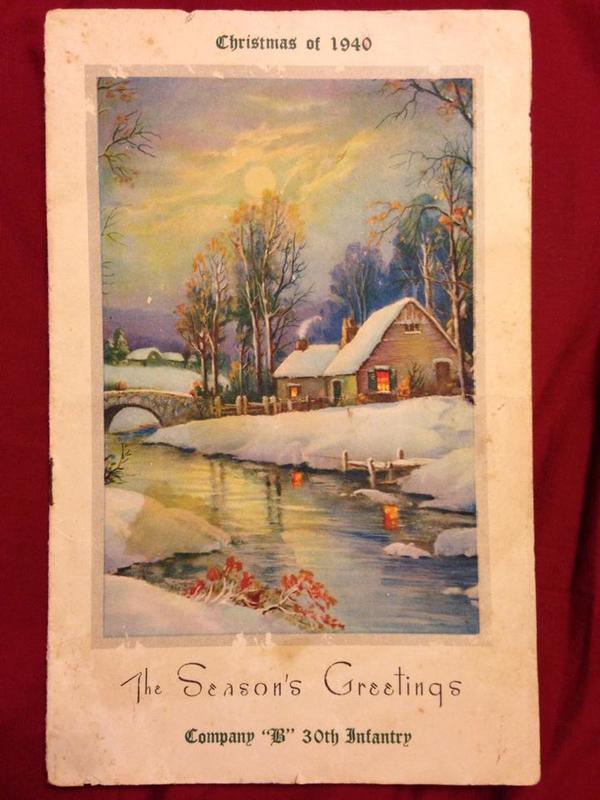 from: Gloria Johnson: “After my mother passed away on 2011 I found this in her things, my uncle and daddy was is WWll- this is a menu of Christmas dinner dated 1940. In the back is a note he wrote to my grandmother. Uncle Lester was killed in 1944. In the comments I’ll put a pic of the note and of uncle Lester” 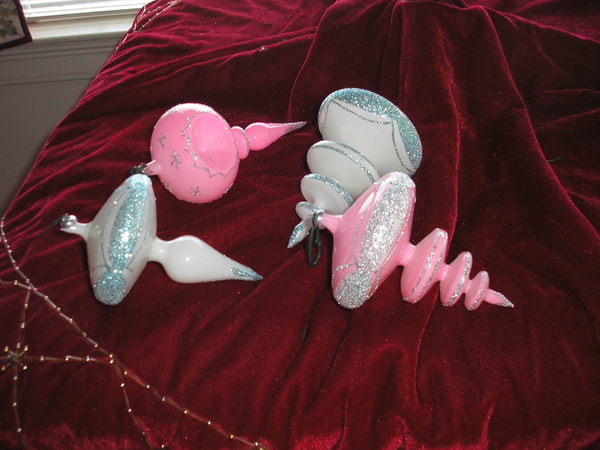 from: Dorothy Willis: “Christmas tree ornaments from the mid-1950s.”