Most of us have something passed down through the generations that is a really special object. It may be a dress, a photo, a set of dishes, or in some cases even some very elegant jewelry. Well, one visitor to Antiques Roadshow found out the bracelet that was passed down from her husband’s family was a lot more than she thought it was all these years. 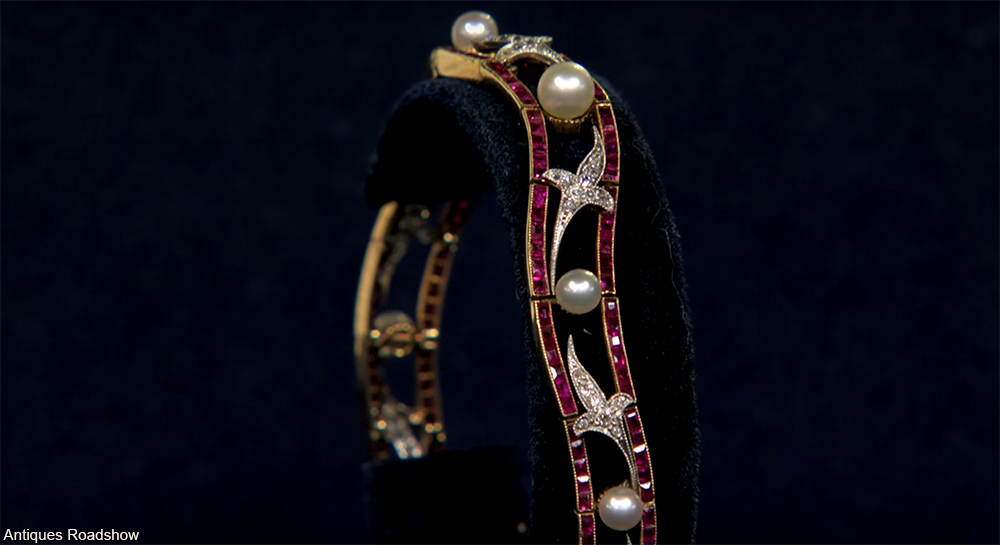 She gets the bracelet appraised by jewelry expert, Gloria Lieberman of Skinner’s, and tells the story of her husband’s family. Along with the family heirloom was a postcard from Germany, where they were from, written in his grandmother’s hand. Sadly not all of the family made it out of Germany before the Holocaust, but some did, including her husband’s aunt- the person who gave her the bracelet. 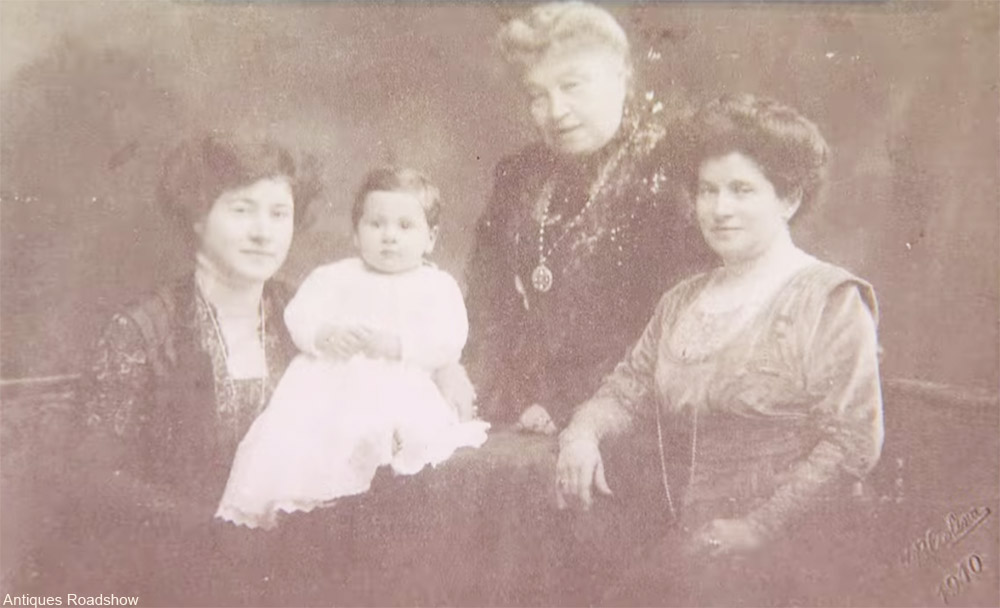 Lieberman describes the bracelet as being a “transitional piece” that bridged the Edwardian era to the more modern Art Deco movement. The bracelet bears the elements of old fashioned jewelry and of the modern era in harmony. The yellow gold confection is held together with hinged vines of diamonds set into platinum. It is also set with round pearls and a host of perfectly-aligned Burma rubies. At the time this segment was filmed it was illegal to import Burmese rubies, but those sanctions were lifted in 2016. 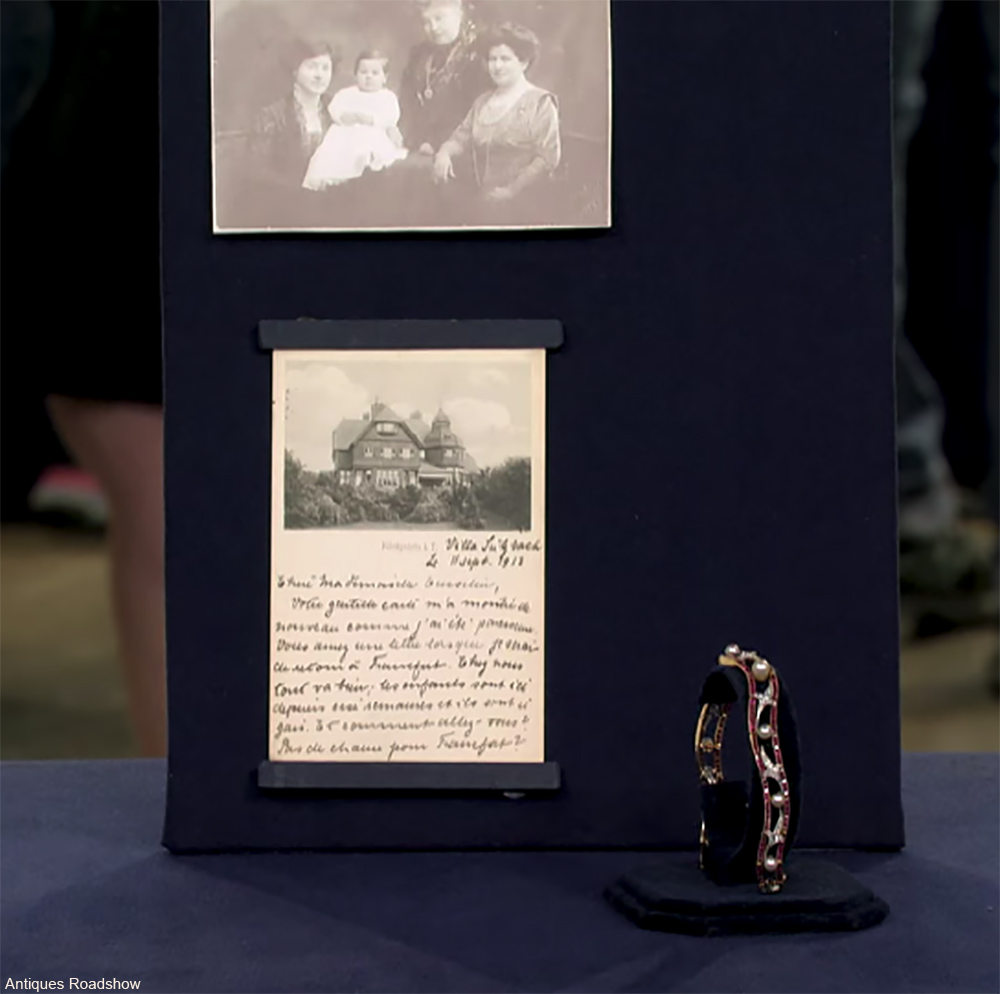 Strangely this very intricate piece of jewelry bears no signature at all, but Lieberman estimates that it was made between 1910 and 1918.

In a follow-up interview with Antiques Roadshow the owner of the bracelet recalled how special the piece is to her and her family. She also shares the joke that she and Lieberman had together over it.

See how much this incredible bracelet, with so much personal history attached to it, was appraised for in the video below.