In Ecuador, archaeologists working at an ancient burial site found two babies who were buried wearing the skulls of older children.

This is the first time that such a realization has come to light. Archaeologists now feel that those children’s skulls were used as burial headgear.

The remains of 11 people were found under two different burial mounds that date back to approximately 100 BCE. Four infants were included, two of which were wearing the skulls of other children. 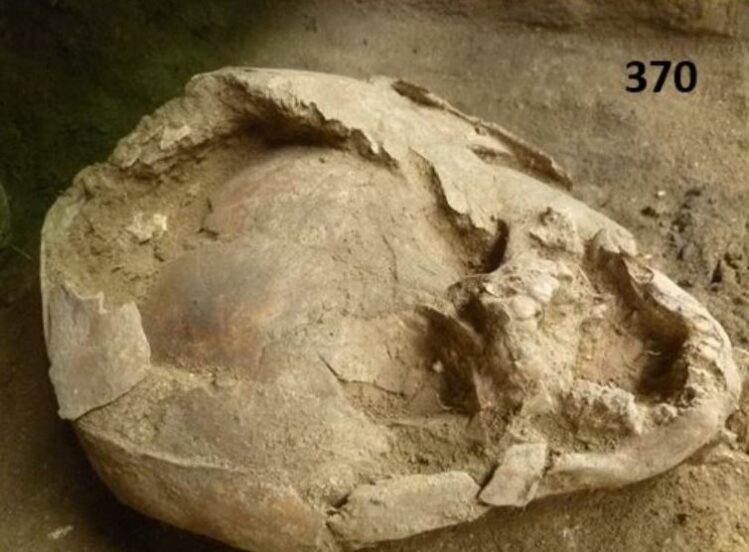 One of the infants was approximately 18 months when they died but the skull they were wearing belonged to a child between 4 and 12 years of age.

The skull was found in a ‘helmet-like fashion around the head of the first, such that the primary individual’s face looked through’, according to findings that were published in an academic journal, Latin American Antiquity.

Sara Juengst, an anthropologist from the University of North Carolina at Charlotte led the team of researchers. She also found a shell and child’s finger bone inserted between the babies head in the ‘helmet’, apparently put there deliberately.

The other baby was approximately 6-9 months old at the time of death. They were wearing skull fragments of a child who was between the ages of 2 and 12 years old. 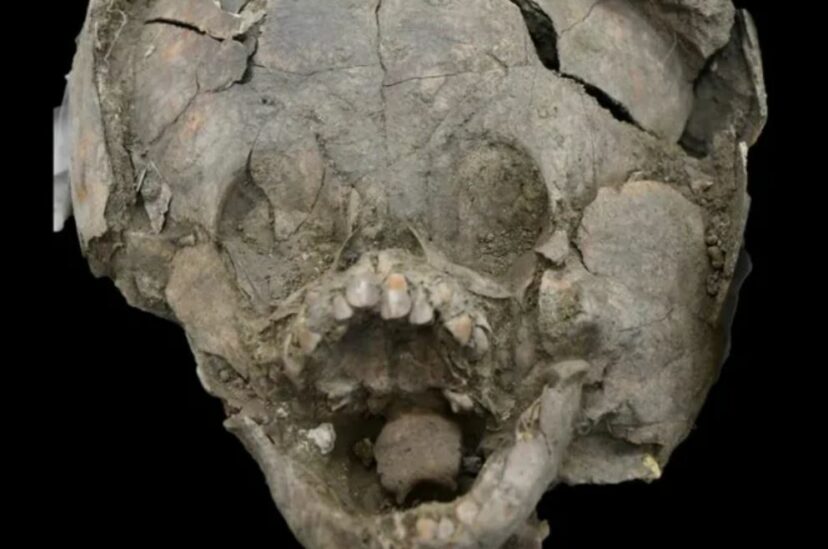 It is thought that the ‘helmets’ may have been placed on the babies while they were still covered in flesh. They were fitted tightly and remained in position for thousands of years. The skulls of children don’t typically stay intact so, more than likely, the flesh had held them together.

The team is not sure what to think about the find. According to the study, the human head represented a ‘potent symbol for many South American cultures’. That being said, it was rare for the skulls of children to be used in this way.

One suggestion by the paper says that they could have been used for protecting or perhaps ‘further empowering’ those infants when they entered the afterlife. Those infants may have had more of a ‘wild’ or ‘pre-social’ soul.

“We’re still pretty shocked by the find, Not only is it unprecedented, there are still so many questions.

[There are] various possibilities for the origin of the extra crania, from potentially curated ancestor skulls to them being worn in life as well as in death, so we definitely have a lot of ideas to work with.” 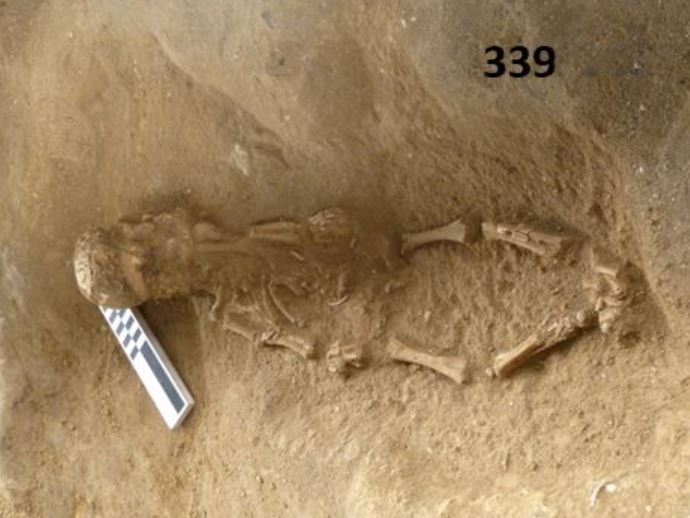 The evidence does not point to the possibility that the babies were sacrificed. Malnutrition and disease seem to be the natural causes of death.

Researchers are hoping that at a future time, DNA and isotope analysis will confirm if they were related to the helmets they were wearing.

A number of possibilities for the origin of skull helmets were pointed out by the paper. In the end, it’s believed that the burials provided evidence that showed ancient traditions pointing to ‘rebirth’.