Material evidence of early human existence is hard to come by. Aside from fossilized human (and humanoid) bones, there is little to physically connect modern humans to the first migrations out of Africa. But, now a series of footprints across a former grassland in Saudi Arabia has yielded what could be some of the oldest tracks made by of Homo sapiens found anywhere outside the African continent. These paleoecological artifacts bridge the gap in time between the oldest artifacts found in the region and the trek out of Africa, adding significantly to our understanding of the timeline of human history. 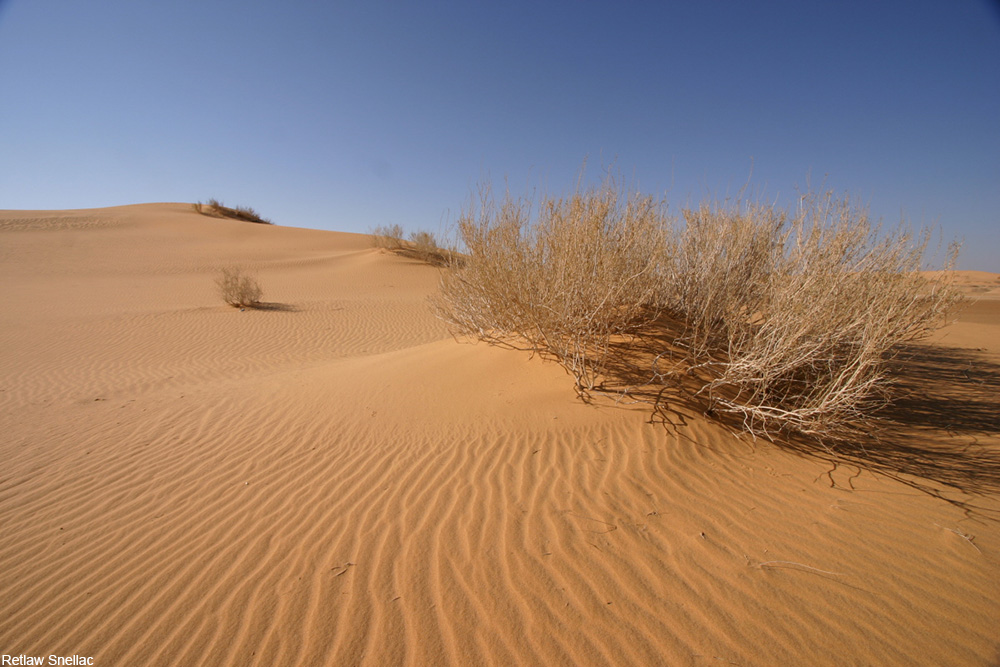 Dunes and shrubs in the Nefud Desert in Saudi Arabia. Via/ Flickr

The footprints were found in the Alathar paleolake deposit in the southwestern area of the Nefud Desert in Saudi Arabia. The footprints are located in between sediment layers and researchers used optically stimulated luminescence (OSL) dating on these layers to discern the period when these human tracks were laid down.

The findings of these prehistoric footprints have been released in a new paper published in the journal, Science Advances. Contributors to the project hail from the Max Planck Institute, the University of London, King’s College, Oxford, and from other organizations. 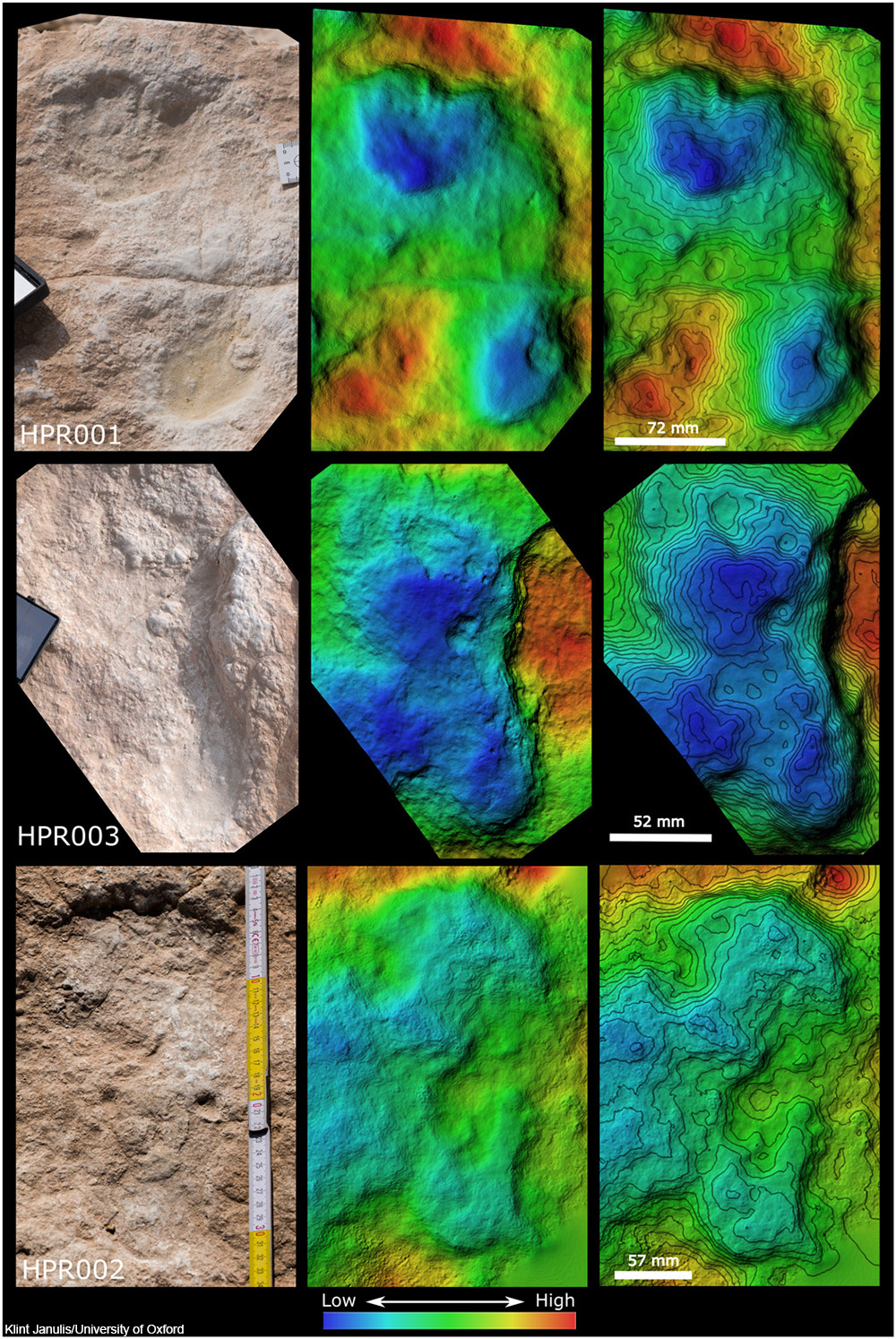 Topography of humanoid and mammal footprints dating from the last interglacial age in Saudi Arabia. Via/ Science Advances

They found that the footprints date from the last interglacial period, which occurred between 130,000 and 116,000 years ago, placing them among the oldest evidence of humanoid activity on the Arabian Peninsula. It cannot be proven yet if these tracks are from Homo sapiens or from another hominid species that is now extinct. Competing hominid species might have been living as recently as 18,000 years ago.

During this time the area would have been surrounded by grasslands, with the lake being a shallow one that provided sources of water for the hominids whose feet made the tracks. Since other types of human inhabitance are not present, researchers now believe the ancient people in question were simply traveling through -possibly on their way search for more stable sources of water. 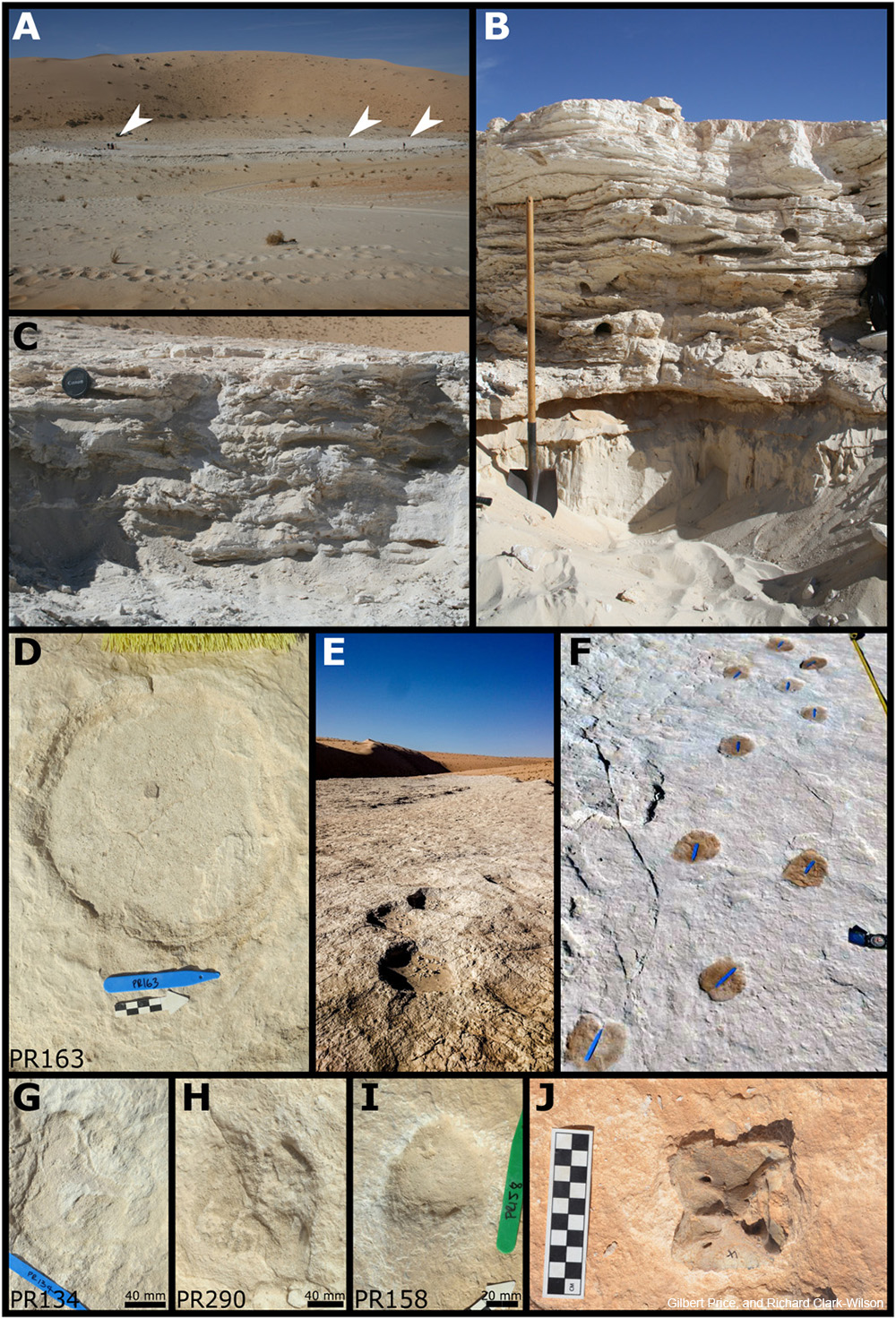 Alathar paleolake deposits and footprints found there. Via/ Science Advances

This unusually-moist period of time made travel through this desert much more feasible. The human footprints were found alongside non-human footprints of large mammalian or bovine species, showing that both humans and animals were traveling on this particular route.

The humanoid and non-humanoid tracks were fossilized in the sediment layers, then covered by thousands of years of debris. The footprints are special because they show a very short and specific window of time in history that other types of evidence are not often able to provide researchers.

Other evidence of early human activity in Saudi Arabia were found in the bones of a human finger from 88,000 years ago in Al Wusta and footprints found in the Tabuk region. These were discovered in 2016 at which time researchers for that dig speculated that the area would have been a crossroads for a great migration across Africa and Asia.

During this period there was evidence of a more habitable and humid period in the region. This new evidence adds to the complex picture of Saudi Arabia as an integral part of the first human migrations out of Africa and debunks the idea that the region has always been arid desert lands.