Inside the 1962 DOUBLE Birthday Party at the Kennedy White House

The young Kennedy family had many events at the White House that other First Families would never experience. When President Kennedy moved his family into the White House, Caroline was only 3 years old and John, Jr. was less than a year old.

Because the birthdays of John, Jr. (Nov. 25th) and Caroline (Nov. 27th) were so close together, in 1962 there was a joint birthday party held for both of them at the White House. Notably absent is the President himself, who was still in negotiations with Nikita Khrushchev over the fallout from the Cuban Missile Crisis. The President also hosted the Prime Minister of Somalia on the day of the birthday party.

Still, the celebrations seem to have gone over quite well with the kids. Have a look inside the children’s birthday party to beat all other parties! 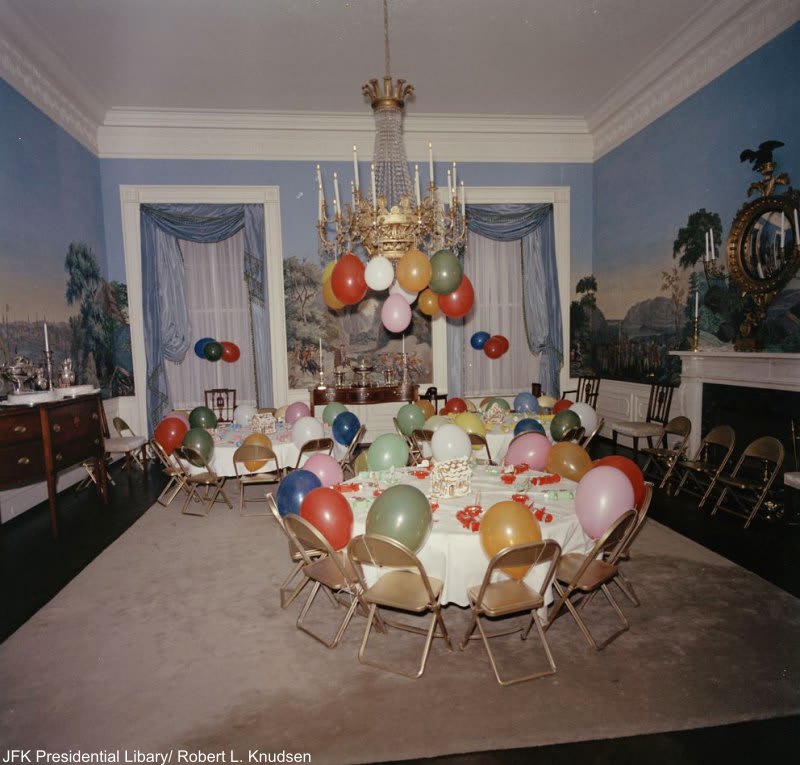 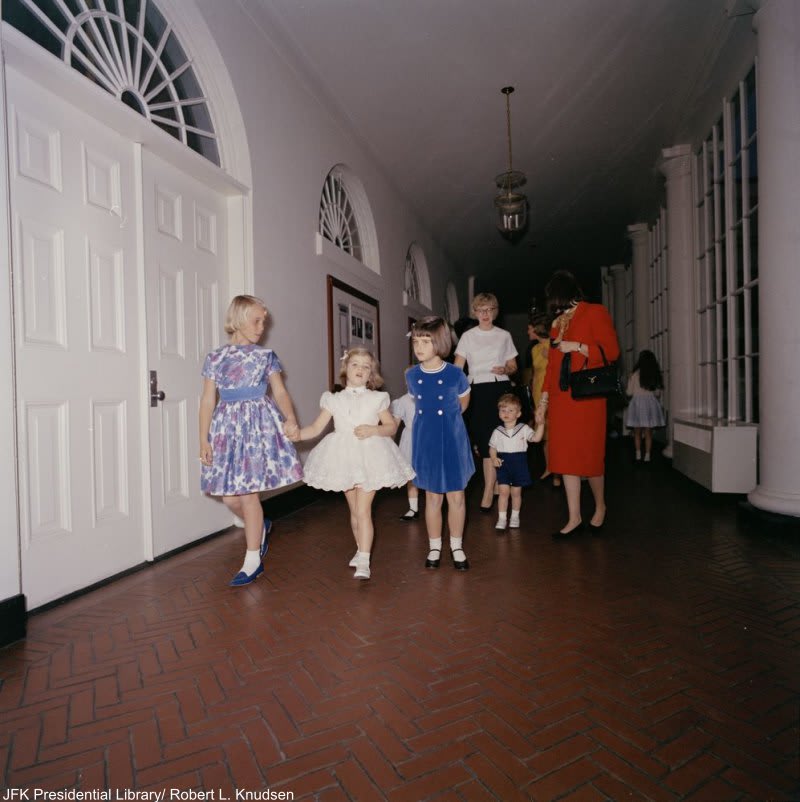 Caroline walking to the party with friends, including Maria Shriver in blue. Via/ JFK Presidential Library 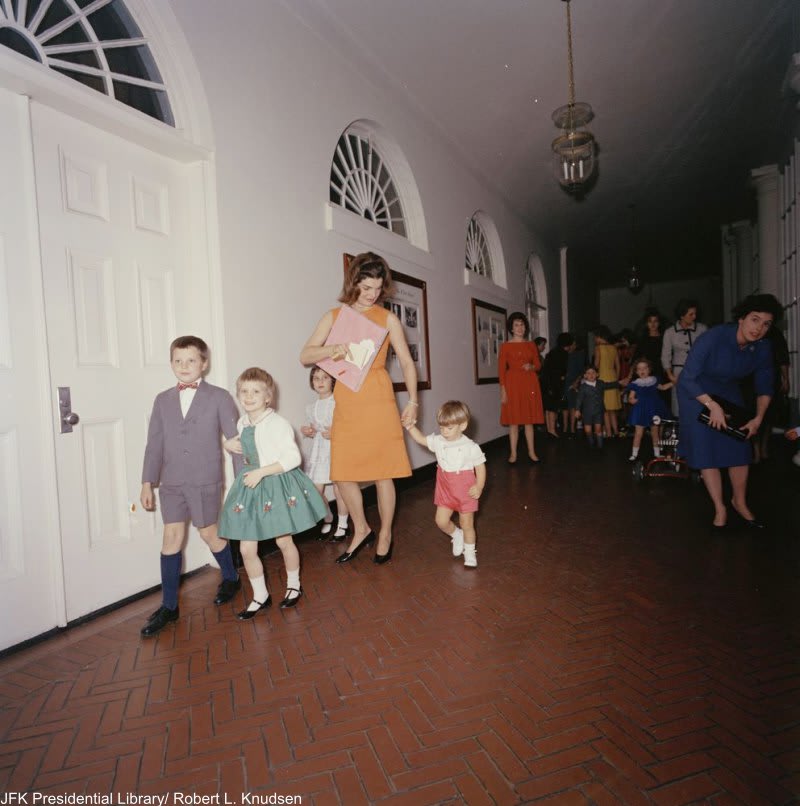 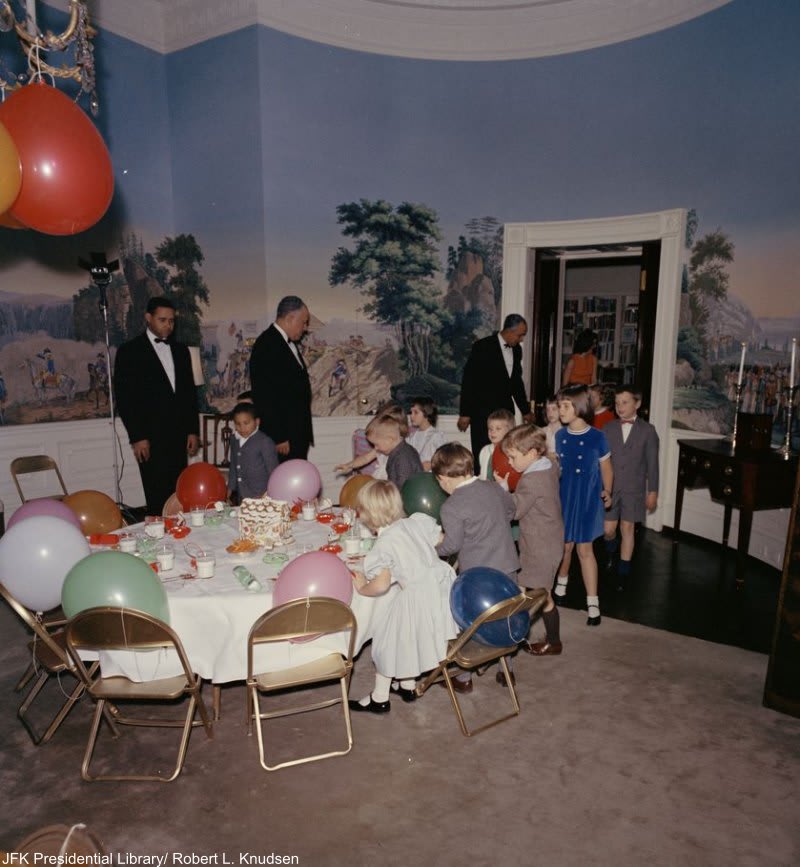 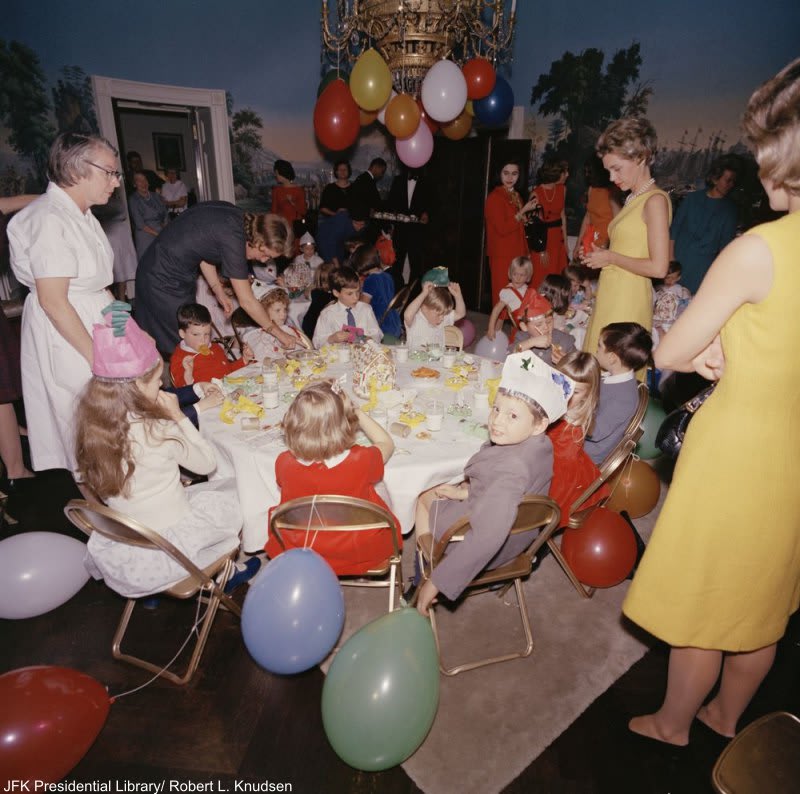 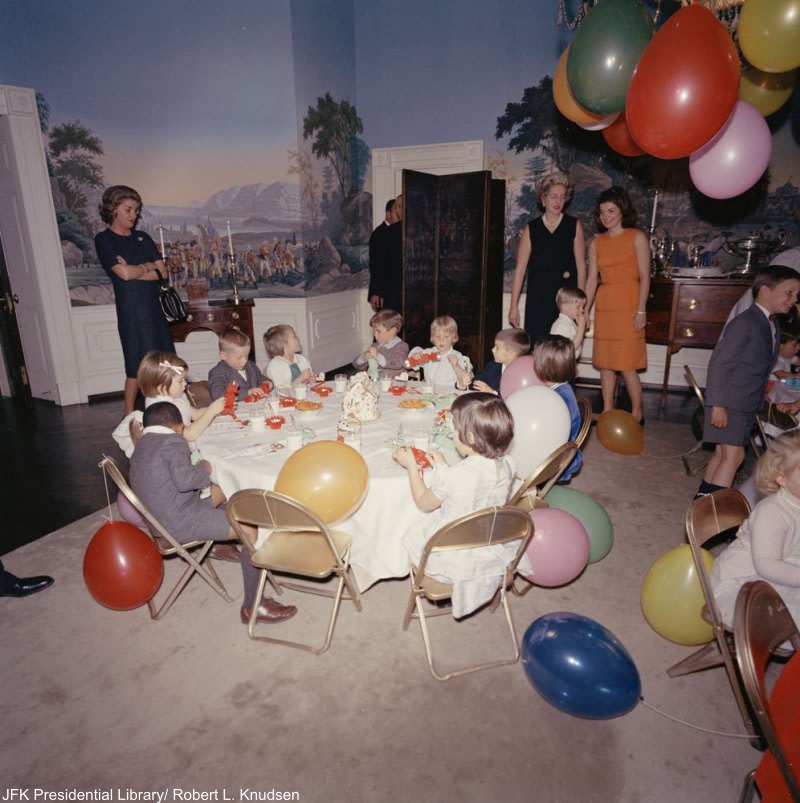 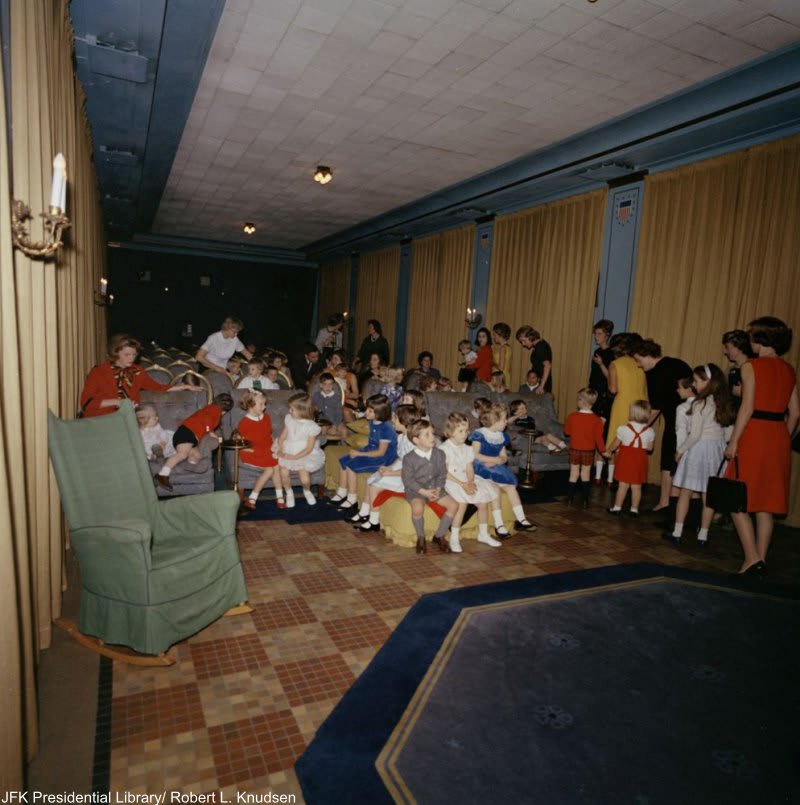 Young children gather in the Family Theater of the White House. Via/ JFK Presidential Library 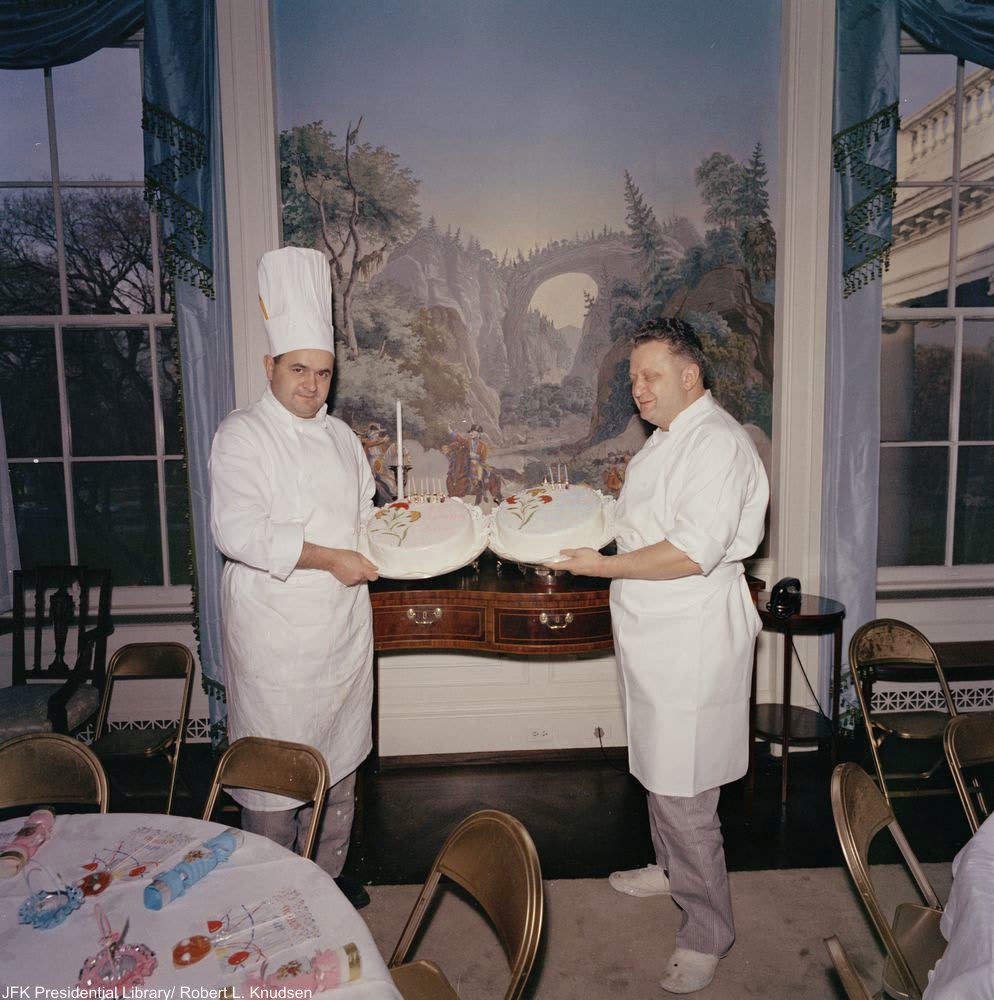 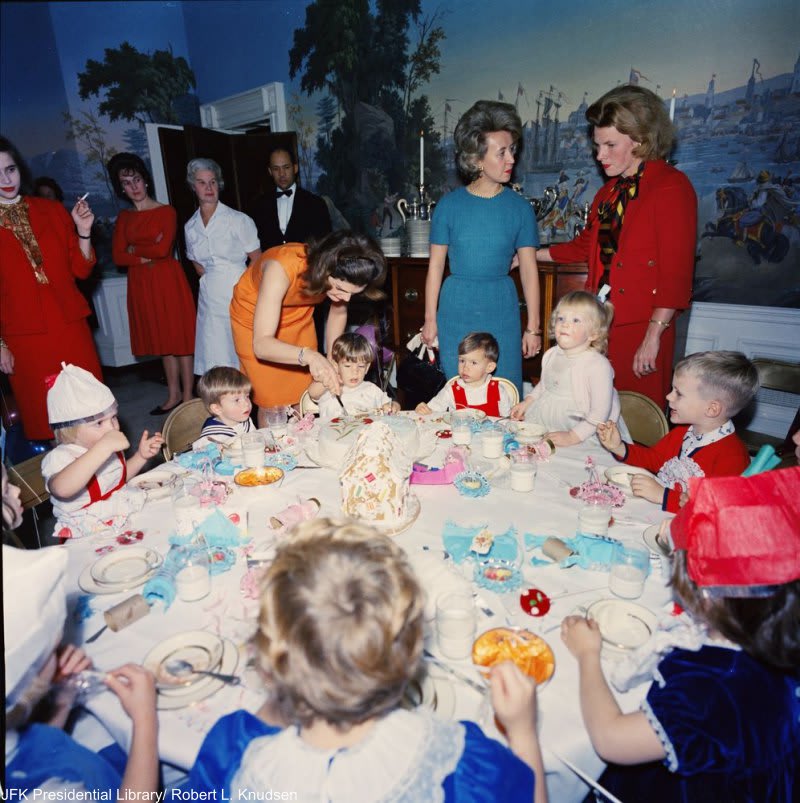 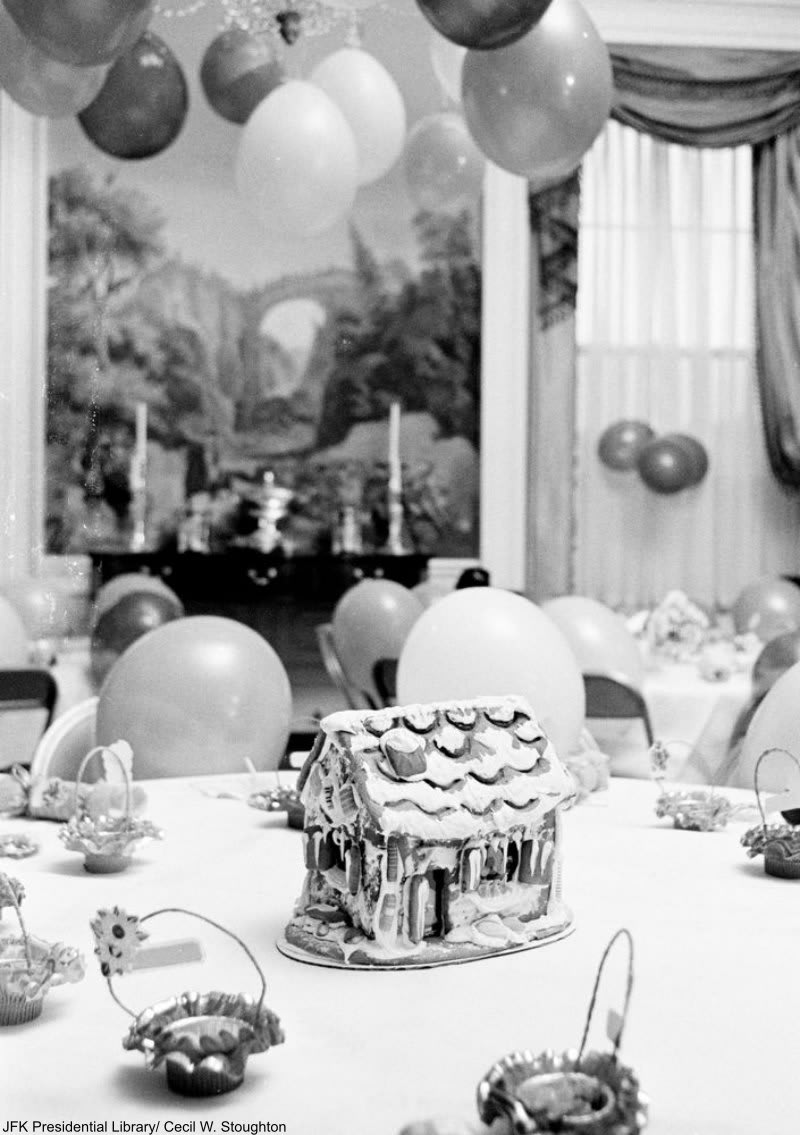 The tables had gingerbread house centerpieces. Via/ JFK Presidential Library

Click “Next Page” to see rest of the photos from the double birthday at the White House!