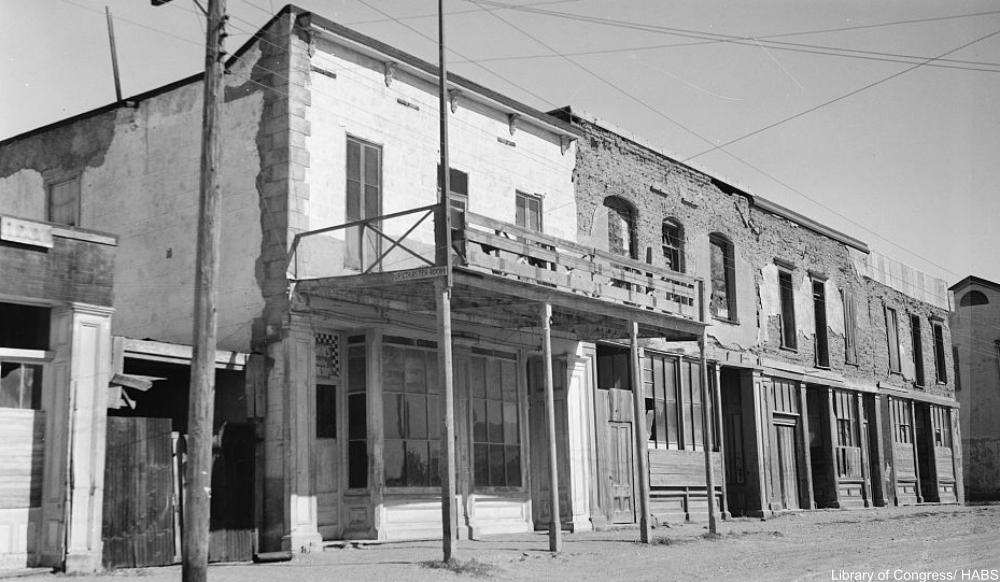 Abandoned City Hall building in a row of decrepit facades. Via/ Library of Congress

With buildings left to decay and very few visitors, the site of the Earp Brothers’ 1881 OK Corral shootout was doing only a minor trade in tourism during the Great Depression. The Birdcage Theater, Crystal Palace, and a few other sites were maintained as museums of sorts, but for the most part the town was deserted save for a handful of residents.

Tombstone’s nickname is The Town Too Tough to Die, harkening back to the Old West shootouts, but also to the relentless few who continued to call it home throughout the 1930s. 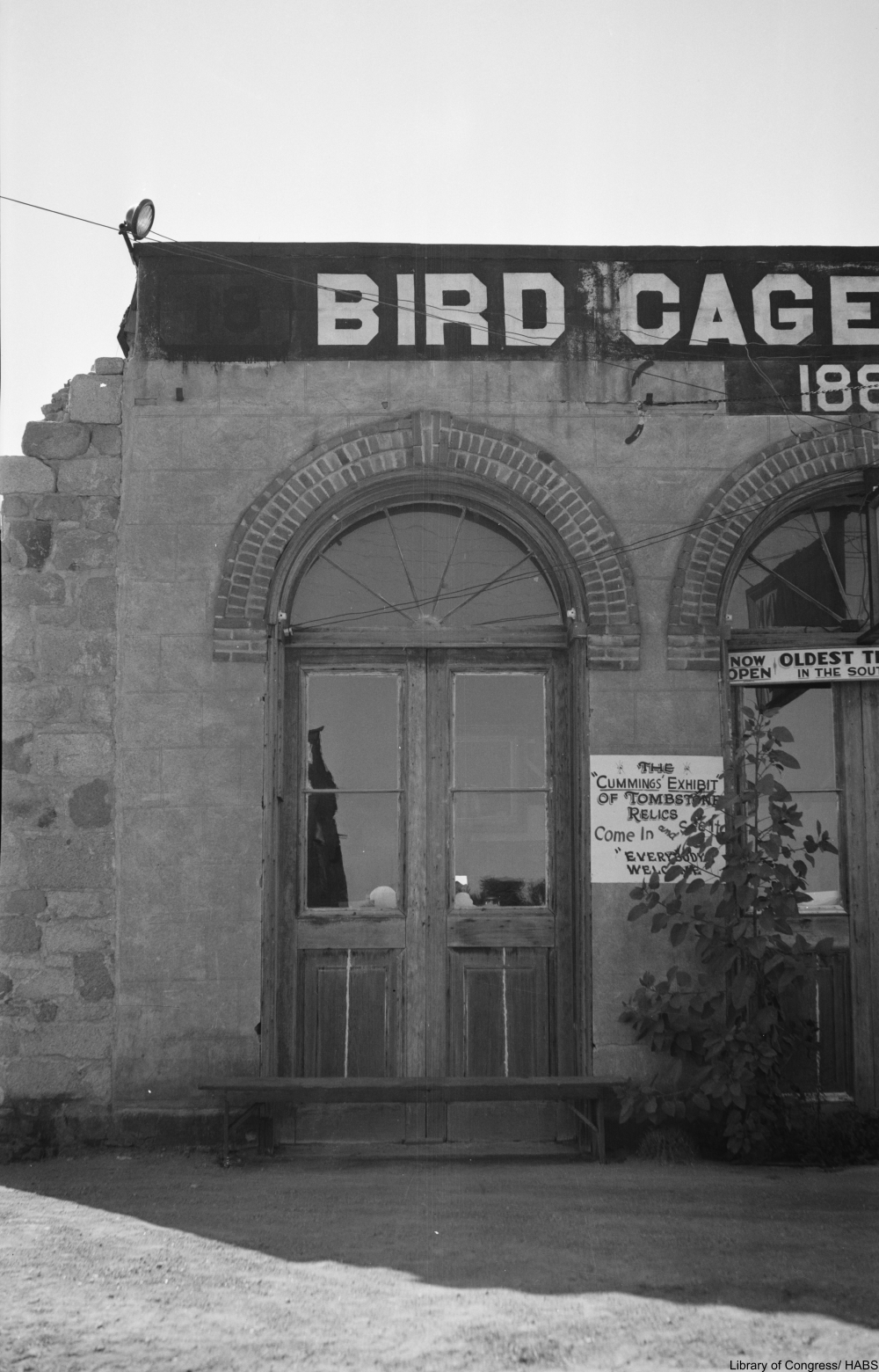 The Birdcage Theater in the 1930s. Via/ Library of Congress

The Crystal Saloon saloon was still open in 1940, with spittoons and tobacco advertisements keeping in the spirit of the cowboy sense of entertainment, customers at the bar in boots signaling that the establishment was indeed still open. 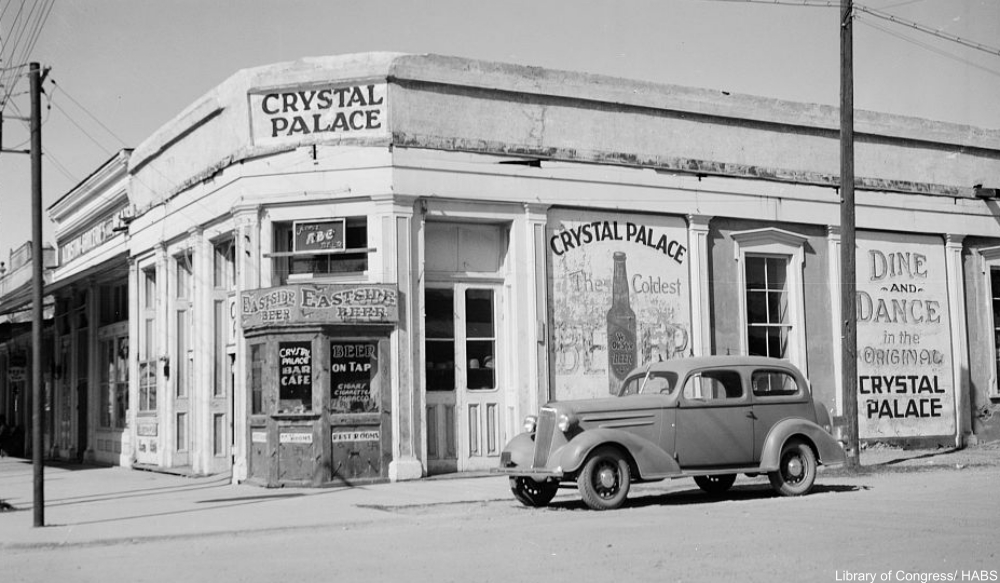 The Crystal Palace Saloon exterior, 1930s. Via/ Library of Congress 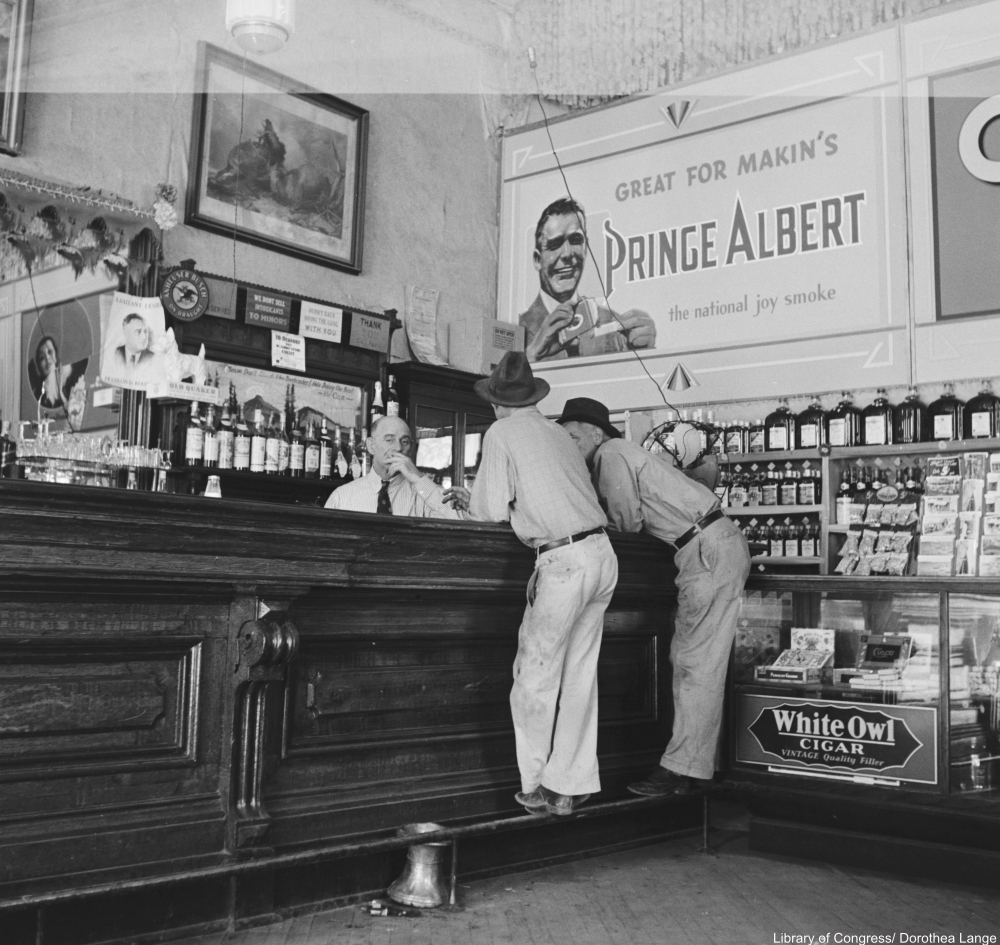 The Crystal Palace Saloon in 1938. Via/ Library of Congress

Despite the fact that folks still lived there, the courthouse and city hall had long been abandoned and sat empty. It was only after the widespread popularity of TV and film Westerns that Tombstone would become a proper tourist site, but that took decades to accomplish. 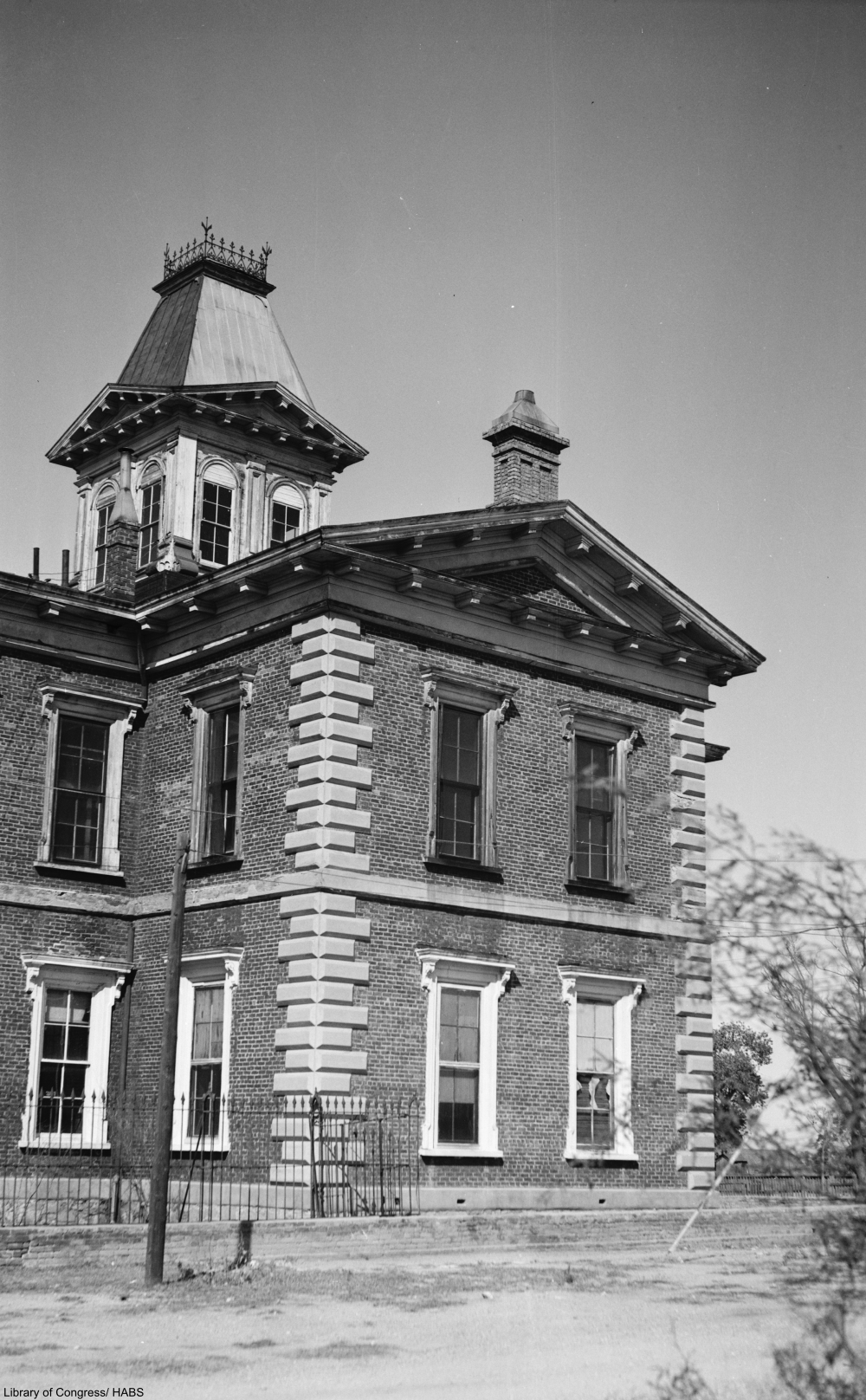 The abandoned courthouse in the 1930s. Via/ Library of Congress 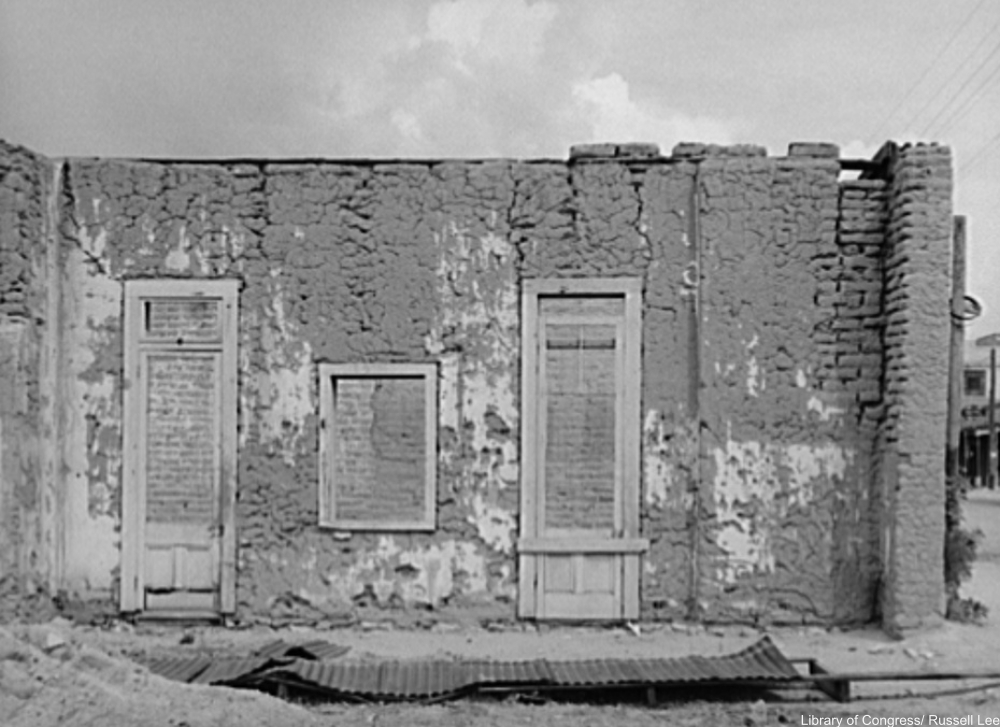 Abandoned building, 1940. Via/ Library of Congress

Today the town has under 2,000 residents, not a huge increase from 1940. Though Tombstone is not in danger of being completely forgotten and does have a consistent tourism trade, the buildings are still in danger. 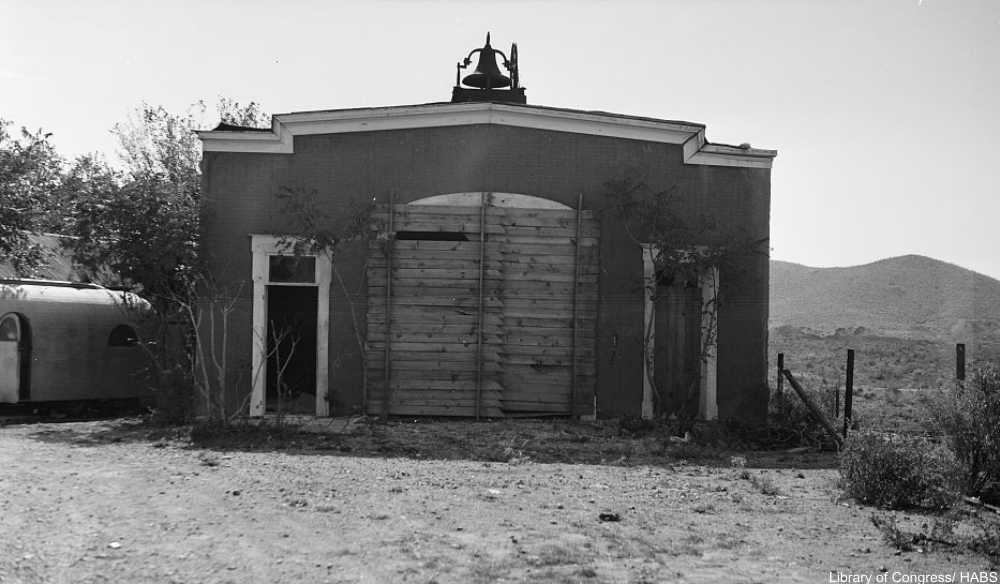 Boarded up fire station, 1930s. Via/ Library of Congress

The National Park Service issued some critical warnings and guidelines to the town about the preservation of the crumbling buildings which have repeatedly suffered from fires (symptoms of weather and shoddy boom town construction) combined with decades of neglect. Even so, there are still those who still flock to reside in Tombstone and relive the Old West everyday.