A 300-year-old mystery has finally been solved. On Nov. 27, 2015, undersea explorers found the wreck of the Spanish galleon San Jose, a ship that sunk off the coast of Cartagena, Colombia, in 1708. Historical treasures related to the wreck are priceless, but those inside the old ship could be worth billions of dollars as well. Because of the value of the San Jose’s cargo, several parties are laying claim to the wreckage.

From: Wiki commons. The San Jose was thought to be carrying 11 million 4-doubloons

What’s Buried Down There?

Experts believe the gold, silver and emeralds that went down with the ship are worth anywhere from $4 to $17 billion. The average estimate hovers around $10 billion, notes NPR. Most of the precious cargo came from Spanish mining operations in Peru when the nation tried to claim South America’s vast resources. Colombian officials call the find one of the most significant of its type. However, because of what lies beneath the surface, the saga of the San Jose is far from complete.

How The Dive Team Found The Wreck

History.com states that experts found the San Jose under 800 feet of water using robotic submersibles, so this wreck was off-limits to inexperienced teams and recreational scuba divers. Sophisticated sonar and underwater cameras combined to give an international team the data it needed to locate the San Jose. Finding the ship was just the beginning, however, since more work needs to be done to ascertain and preserve what’s down there.

How Does Colombia Know What It Has?

The international team compared cannons located at the site with those of historical records. Photos of the wreck area show the ocean bottom littered with ceramic vases and bottles and several cannons sitting atop the mud. Historians claim the distinct, well-preserved stamps on the sides of these cannons prove the wreck is the San Jose. 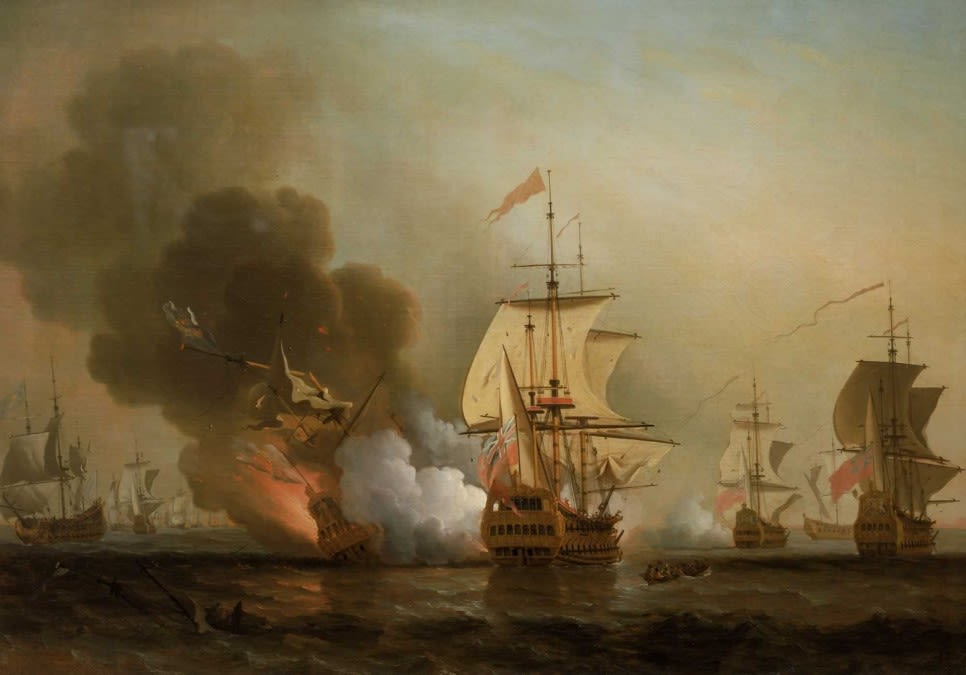 History Of The San Jose

On the evening of June 8, 1708, Admiral José Fernández de Santillán and his fleet of 17 galleons tried to outsail British Commodore Charles Wager’s relatively small fleet of four vessels, which pursued the treasure-laden ships. Spain was in conflict with virtually every other Western European country at the time, including Great Britain, during what historians call the War of Spanish Succession.

As Wager’s ship approached the San Jose after dark, the crew opened fire and sank the vessel. Wager’s account of the battle states that the San Jose exploded. Only 11 men from the ship survived, while the rest went down to a watery grave. As a result, salvage teams could yet discover the personal effects of the men who served. The ship at the bottom of the Atlantic is historically significant to several nations, so anyone who lays claim to it could face complications.

Implications Of The Wreck’s Discovery

A few parties have come forward to claim part of the San Jose’s vast treasure of gold, silver and jewels, says CBS News. The Colombian government wants to create a museum based on artifacts recovered from the ocean depths. Meanwhile, the American salvage company Sea Search Armada says it found the site in 1982, when the firm partnered with the Colombian government. The company says it deserves half of the treasure’s value, but Colombia refutes that claim, arguing that it had backed out of its deal with Sea Search Armada beforehand.

Colombian officials say that Sea Search Armada must prove the location of the wreck before anything else. However, the American company believes this demand is a scheme to discredit its claim, notes National Geographic. The controversy could result in legal battles for years.

Complicating matters, Spain also lays claim to the ship, as it was sunk in an act of war and UNESCO considers military shipwrecks to belong to their countries of origin. However, Colombia didn’t agree to the UNESCO Convention on the Protection of the Underwater Cultural Heritage, and a Colombian law from 2013 states that any shipwrecks found in its waters belong to its national heritage. Who gets what remains to be seen.

History aside, the potential value of the gold, silver and jewels 800 feet below the Atlantic Ocean makes the San Jose a tantalizing case of hidden treasure found underwater. Discover some other fascinating lost treasures in a sunken ancient city in Egypt.