Antique collecting can become a lifelong fascination. Loretta Craddock spent much of her life collecting rare and beautiful antiques, and now her remarkable collection is up for sale. Loretta loves to spend her time antique hunting. She is particularly fond of American primitive pieces, which give an interesting insight into the way early Americans lived and worked. Loretta and her late husband Bill used to spend their weekends hunting for those rare pieces. They typically weren’t looking for anything in particular and purchased whatever caught their fancy. 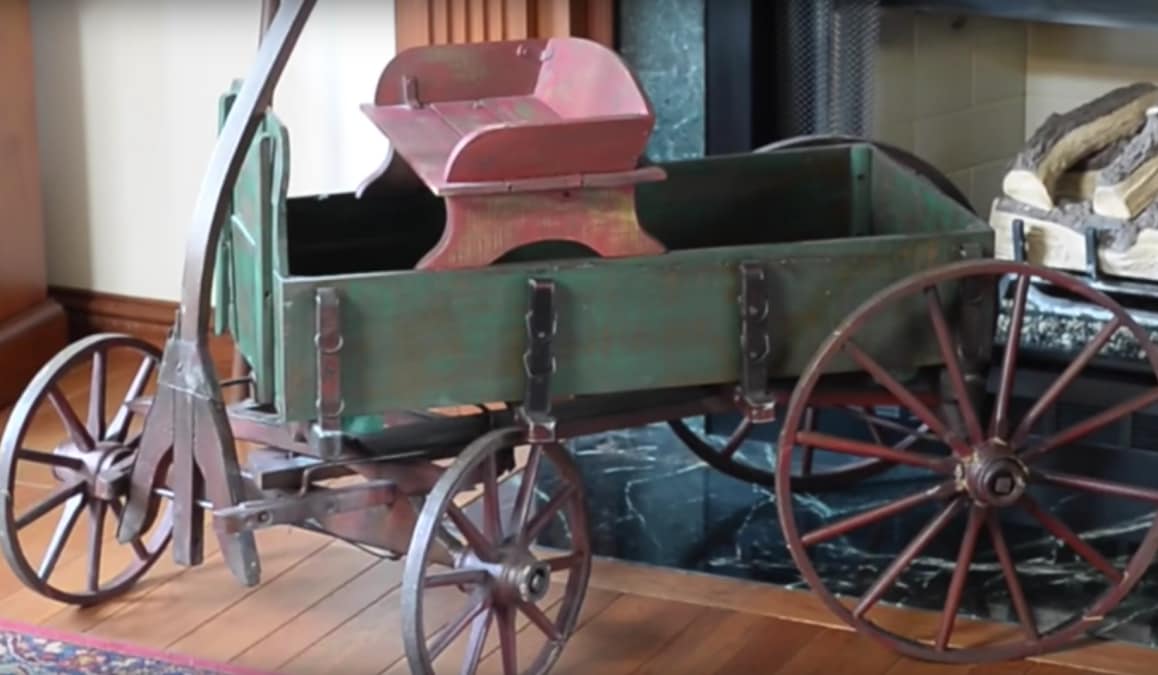 Loretta admits to often not knowing where she would put something when she bought it, but she always find a spot. Her 4,500-square-foot home soon became filled with a charming and eclectic collection of items ranging from pottery to furniture. At age 81, Loretta decided she could no longer care for a home that size. After she and her children selected their favorite pieces, she put the rest up for sale. Some of the quirkier offerings include a large wooden toilet-paper dispenser that once stood in an outhouse and a herd of 40 unique cow-shaped creamers. The collection also includes eight goat carts, which are small carts that were hitched to goats for children to drive around. Goat carts are a fairly rare type of antique, so eight of them in a single collection is unusual.

Loretta also collected practical items. She has a spinning wheel, weapons and tools. Furniture, including chests, cabinets and a sleigh bed, are also in the collection, as are antique quilts and other fabrics. One of the most unusual pieces is for sale, but only with purchase of the house. It is a large seed cabinet that used to stand in a store. The Craddocks had it wired with electricity and converted it into a distinctive kitchen island. Distinct seed varieties are still stored in the glass-fronted drawers.Antique furniture is a valuable connection to the past as well as a joy to look at and collect, as Loretta Craddock’s experience shows.