Modern technology helped archivists in England reveal hidden, handwritten annotations marked in the margins of England’s oldest printed copy of the Holy Bible. Uncovered during normal research, the margin notes date back to somewhere between 1539 and 1549. Someone tried to cover the margin notes with paper around 1600, and these annotations remained hidden until x-ray photographs brought them to light in 2015.Why Are These Annotations Special?

Several aspects of this find are appealing to historians. The Bible in which the handwritten notes appear is a copy printed in 1535, and it currently sits in the private residence of the Archbishop of Canterbury. The preface comes from King Henry VIII himself, and only seven copies of this work exist. The printing represents one of the first attempts to bring the Holy Bible to England as a Latin text. 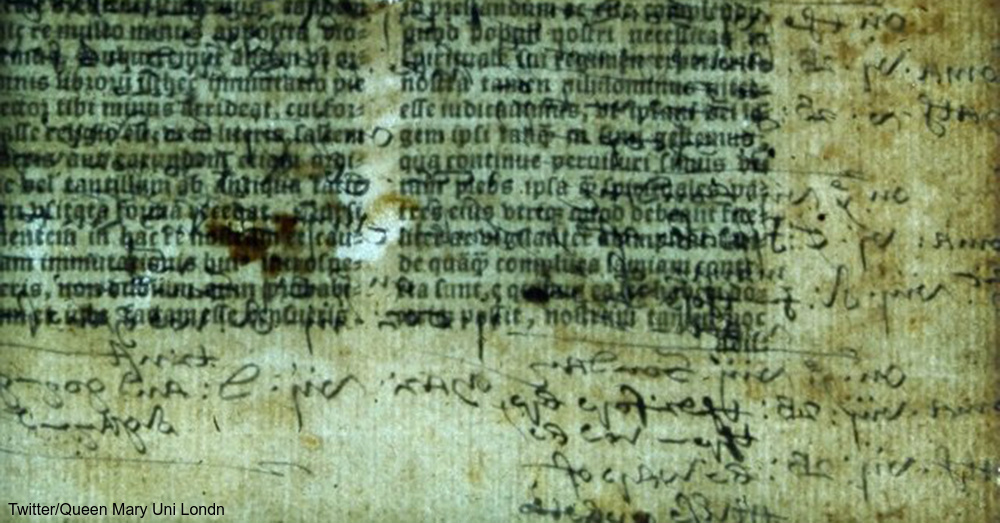 Dr. Eyal Poleg came across the first annotation purely by accident. A small hole in one of the pages revealed letters underneath. Poleg used a light sheet to see that more notes existed in between glued pages, but he couldn’t take the pages apart because that would damage the tome. Six months after his original discovery, a dental X-ray expert at Queen Mary University in London helped Poleg find more hidden notes. Researchers first photographed the sheet of paper using X-rays normally and then with the light sheet underneath the pages. A special computer program weeded out the printed text from the handwritten scrawl to show the hidden notes.

What Do the Notes Say?

The handwritten notes reveal a few things about life during that time. One annotation talks about what Bible verses to read on the fourth Sunday of Lent. Most of the handwritten notes, made in English instead of Latin, describe reading lessons for certain periods of time on the church calendar. On one particular Sunday, attendees would hear specific passages of the Bible read aloud during the service.

Another note, this one written on the back of the Bible, is more ominous. It states that someone owed another person 20 shillings. The person who took out the loan, someone by the name of James Elys Cutpurse, was hanged in 1552 after spending some time in prison. These annotations were hidden amidst a religious transformation in England. 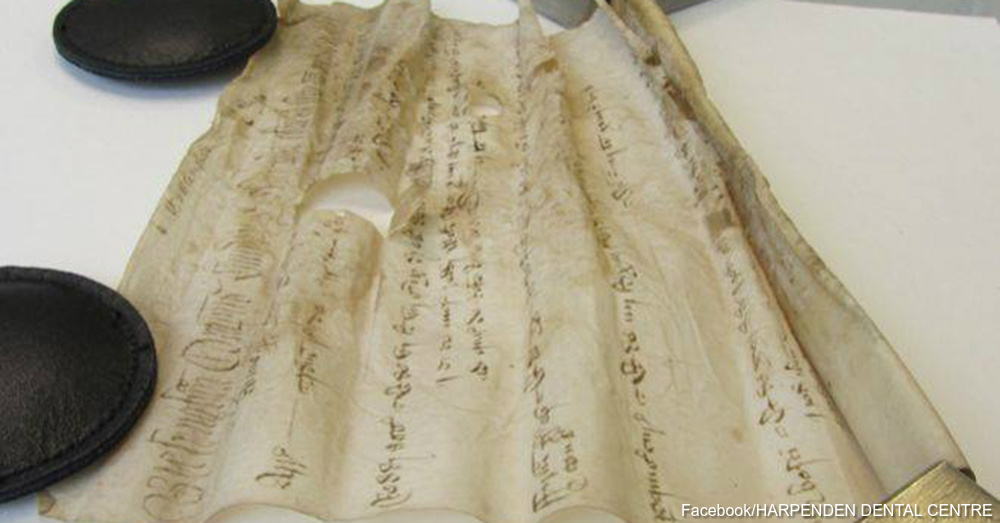 Someone glued some thick pages together in 1600 to cover up the handwritten notes some 50 years after the lessons appeared in the margins. Poleg believes this means the Reformation, a time when the Catholic church split into a few factions, was a gradual occurrence rather than a single upheaval. The 1535 Bible is a testament to Henry VIII’s willingness to split with the church. Four years after printing the 1535 Bible, he commissioned Cromwell to produce England’s first Bible written in the country’s native language.

This led to the so-called Great Bible of 1539, a richly adorned tome with illustrations and an elaborate title page depicting Jesus blessing Henry VIII. Cromwell, the master behind this work, had a copy bound in vellum that is now on display at St. John’s College at Cambridge University. The Great Bible, which measured 11 inches by 16 inches, earned its name for two main reasons. One was due to its immense size, and the other was because it helped bring Henry VIII’s Church of England to the masses who could both read and afford a copy.

The fact that scripture lessons from the Great Bible appeared in a previous edition show exactly what happened to the Catholic church at this time. Monasteries shut down, Henry VIII split with the Pope and English versions of the Bible became the norm rather than the exception.This remarkable find is one way to get a firsthand look at the history of the time period. Simple English handwriting next to Latin printed texts reveals the gradual struggle faced by people behind the Reformation as religious leaders tried to find a new way to present the Bible to worshipers. This old Bible still has some secrets to reveal even 500 years after it came out. Find out the saga of this King James Bible stolen from its owner.