The Homespun Campaign to Help Union Soldiers During the Civil War

The Civil War was an extremely difficult time for pretty much everyone in the U.S. As families were divided along moral and political lines, the seemingly-endless battles took the lives of 620,000 Americans and left more than 400,000 people wounded. Throughout the war, the concerned families of Union soldiers noticed a lack of nutritious food and medical care for the troops and they decided to do something about it. The answer was to hold sanitary fairs and they changed the way the army operated forever. 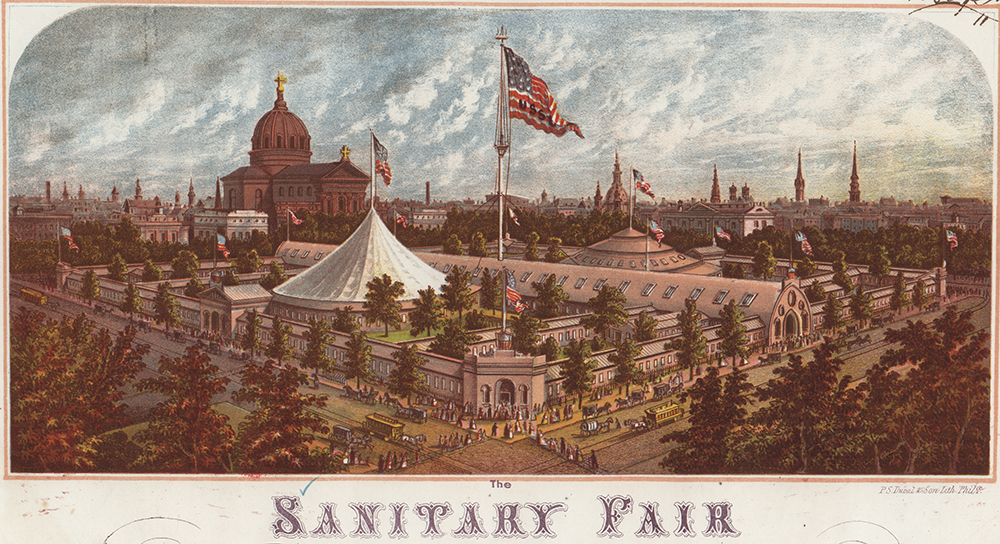 At the time the officers, who often came from wealthy families, were given the best medical treatments available, with more time and care given to them. The same went for meals and other supplies, the best of which were often doled out to the officers (who also had their own servants in the field).

The United Stated Sanitary Commission (USSC) was formed in 1863 in an attempt to oversee hygiene conditions in the field and to collect and distribute better supplies for the troops, most of whom were living in dirty conditions with nearly-inedible food. At the time the food given to soldiers was notoriously bad, with insect-infested hard tack and preserved salt pork comprising much of the available rations. 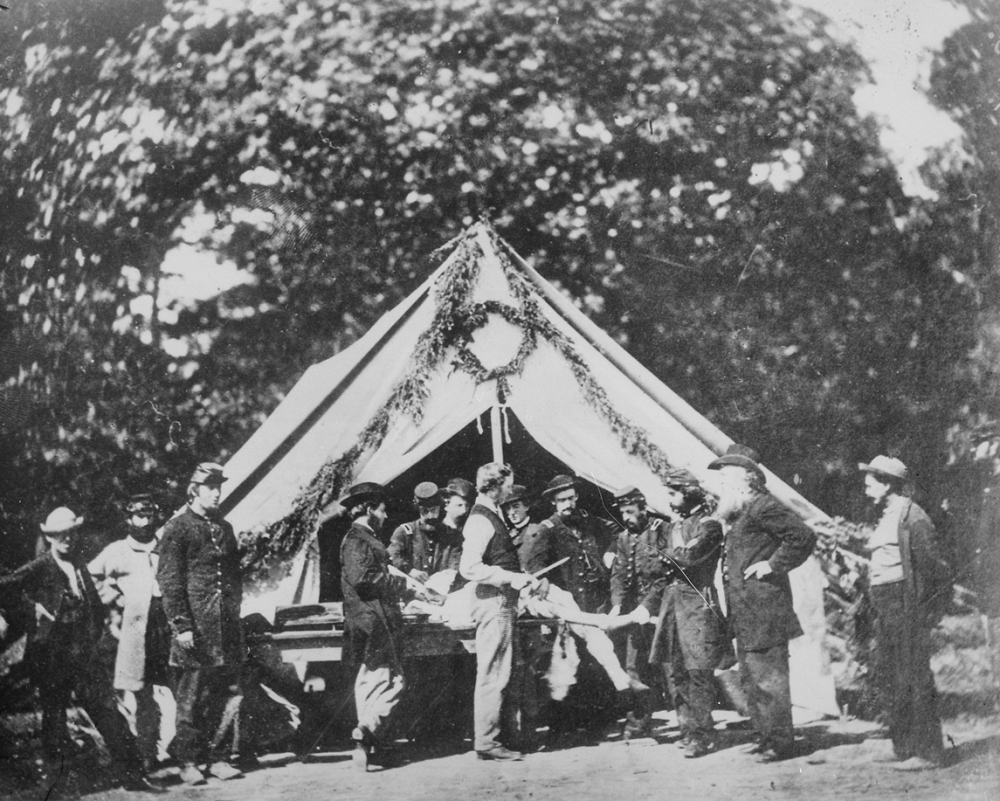 Amputation being performed at Gettysburg, 1863. Via/ National Institute of Health 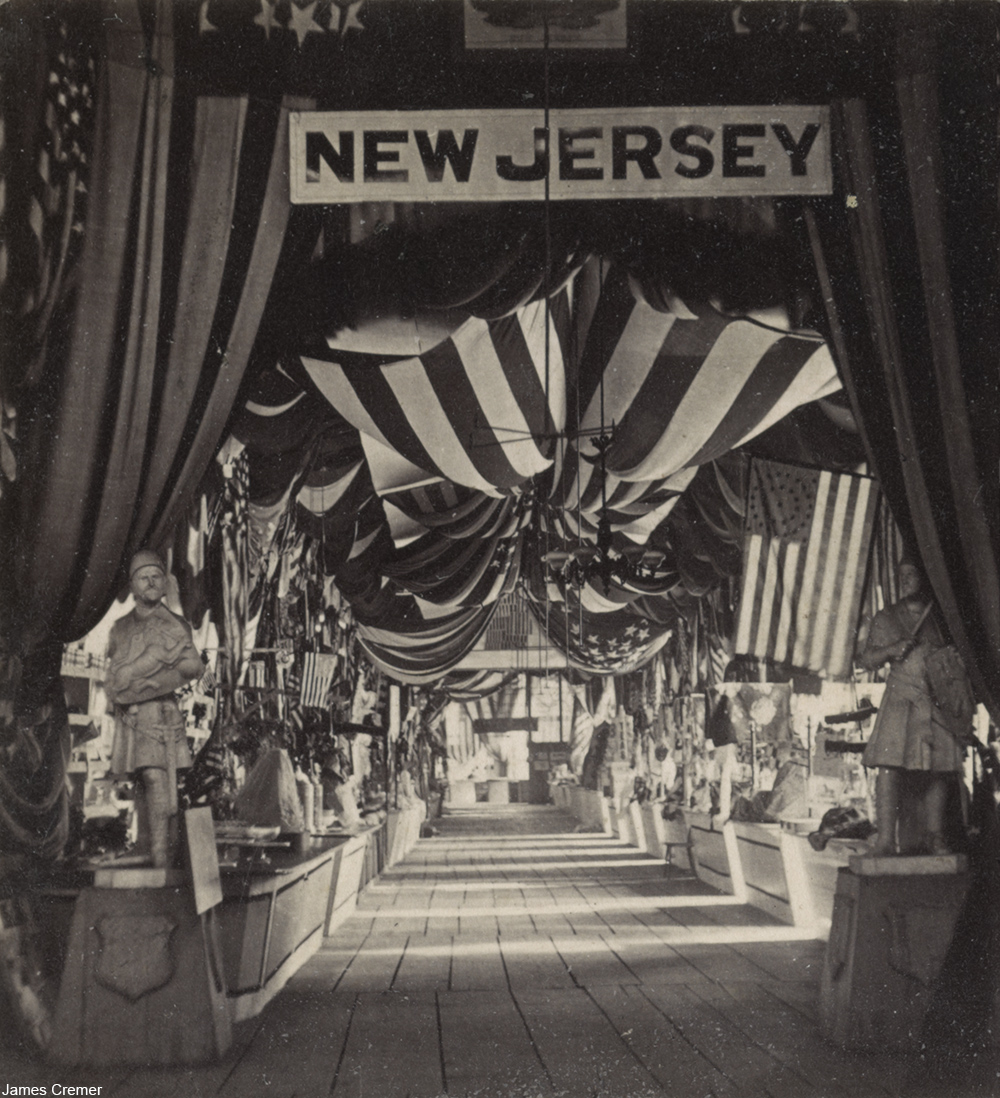 At the time the medical care (both short and long term) and nutritional care of the men was not what it is today. One of the biggest driving forces behind the creation of the USSC was widespread outbreaks of disease among the troops owing to poor living conditions. The illness and hardships the troops faced were revealed to their loved ones in uncensored letters home. 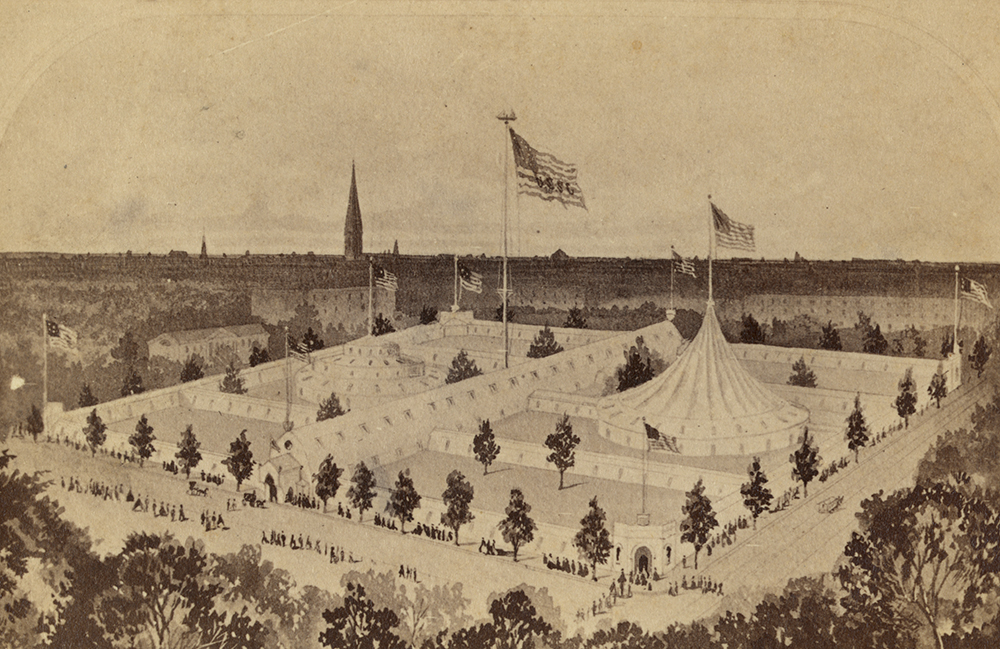 Depiction of a Philedelphia sanitary fair from 1864. Via/ Library of Congress 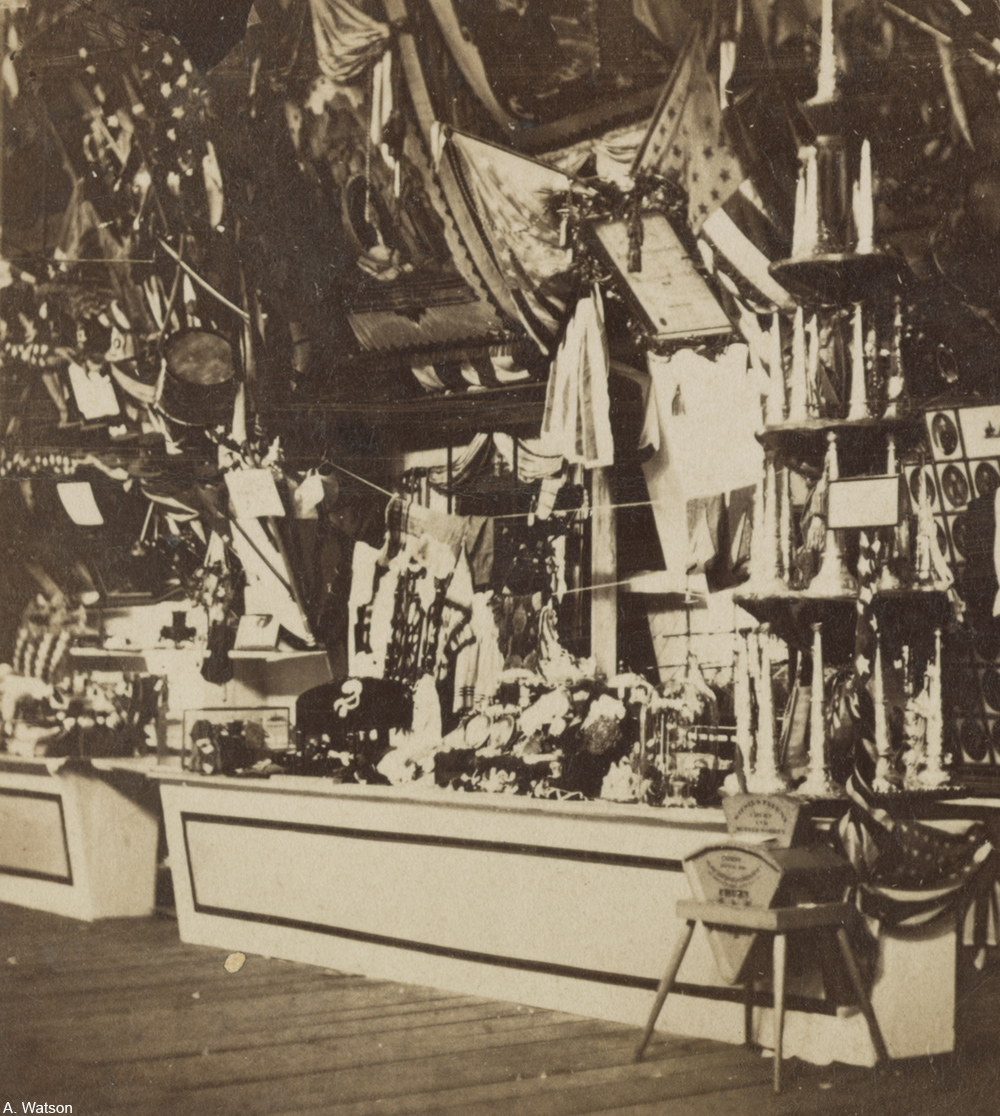 Starting in 1861 collections were taken up all across the North for the Union troops, and these collections grew until they became grand and festive fairs designed to generate huge sums of money for the care and survival of the troops. Sanitary fairs were held in many Northern cities and were largely organized by women. President Lincoln was urged to make the commission official as early as 1861 by some in government as an attempt to placate Northern women who wanted to help with the war effort and who were worried sick about their beloved soldiers.

Many smaller groups contributed to the fairs and some branches of the USSC had women’s chapters, since they were some of the primary contributors to the donations of blankets, clothes, food, and other products. 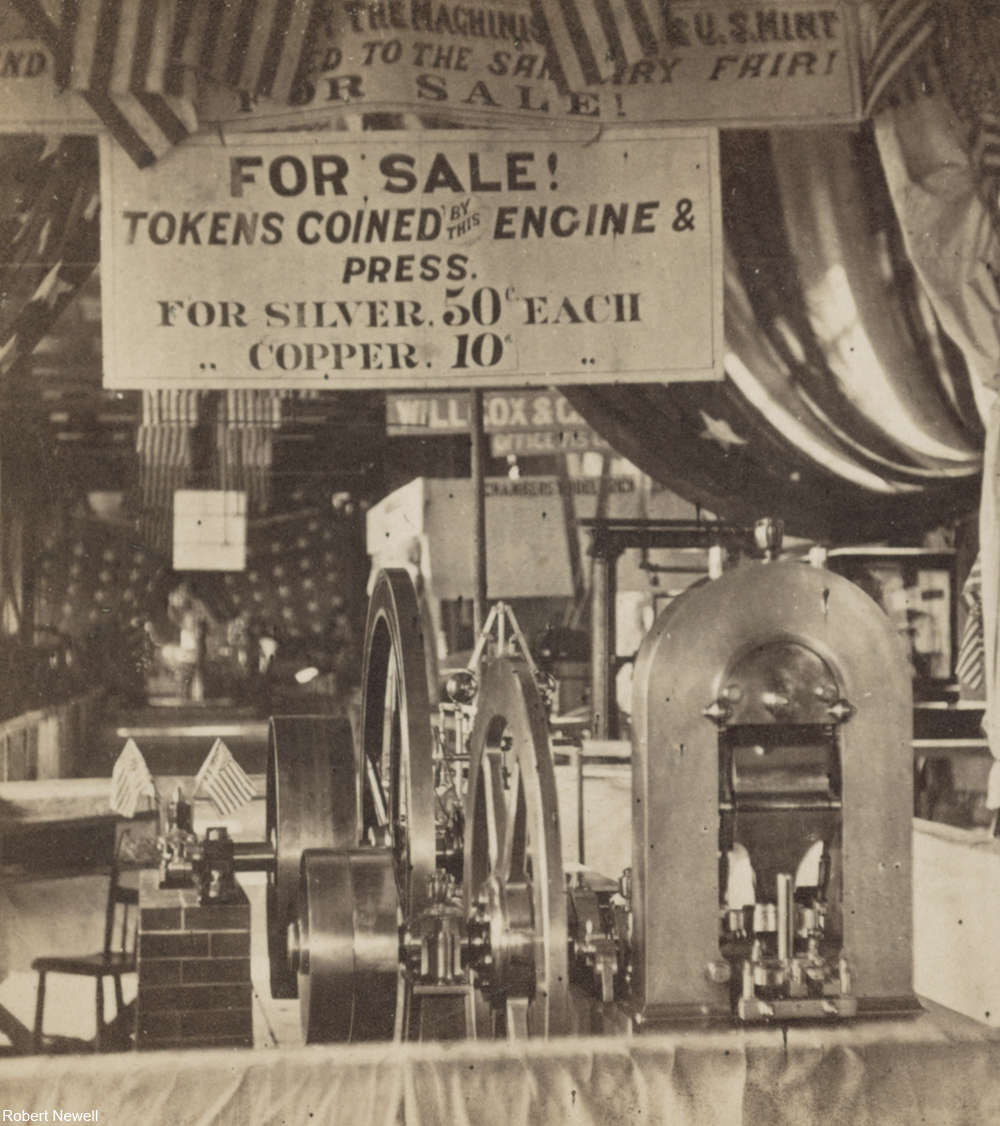 Coin pressing machine at the Great Sanitary Fair, Philadelphia, 1864. Via/ Library of Congress 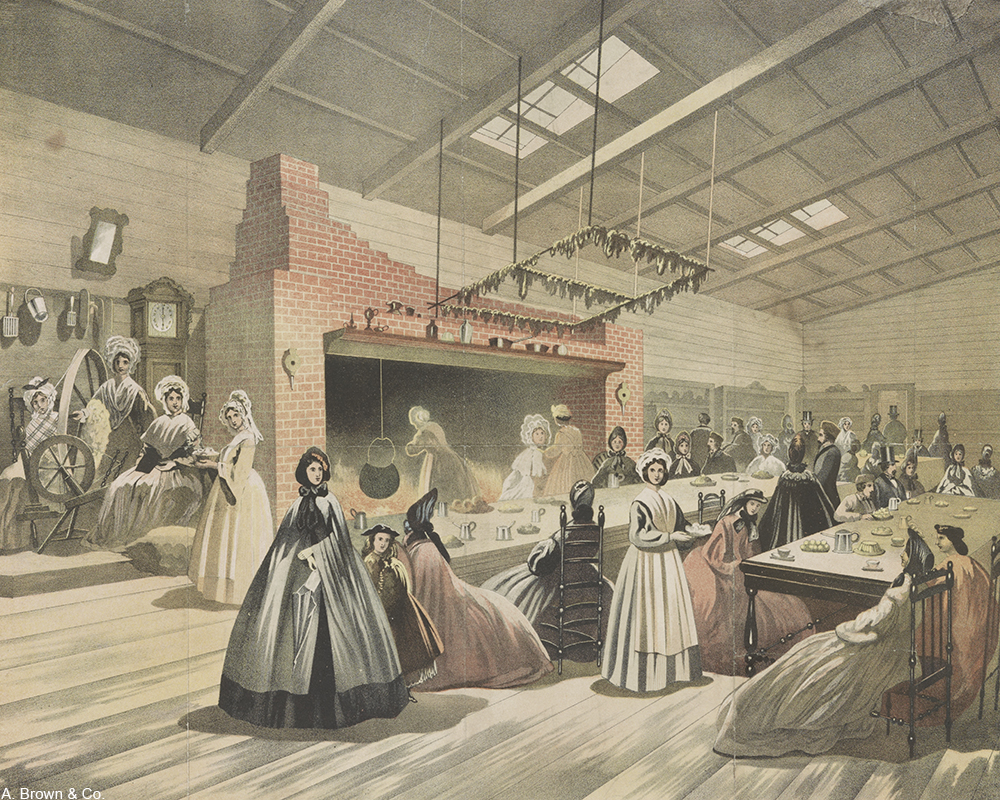 Women serving food and offering demonstrations at the Brooklyn Sanitary Fair, 1864. Via/ Library of Congress

Goods for sale or display at the fairs covered art, homemade crafts, and baked goods, among many others. The fairs were held between 1863 and 1865 and raised $2.7M in those 2 years. The concept was modeled on the British Sanitary Commission created during the Crimean War, a conflict in which hundreds of thousands of soldiers died from poor sanitation and preventable diseases. 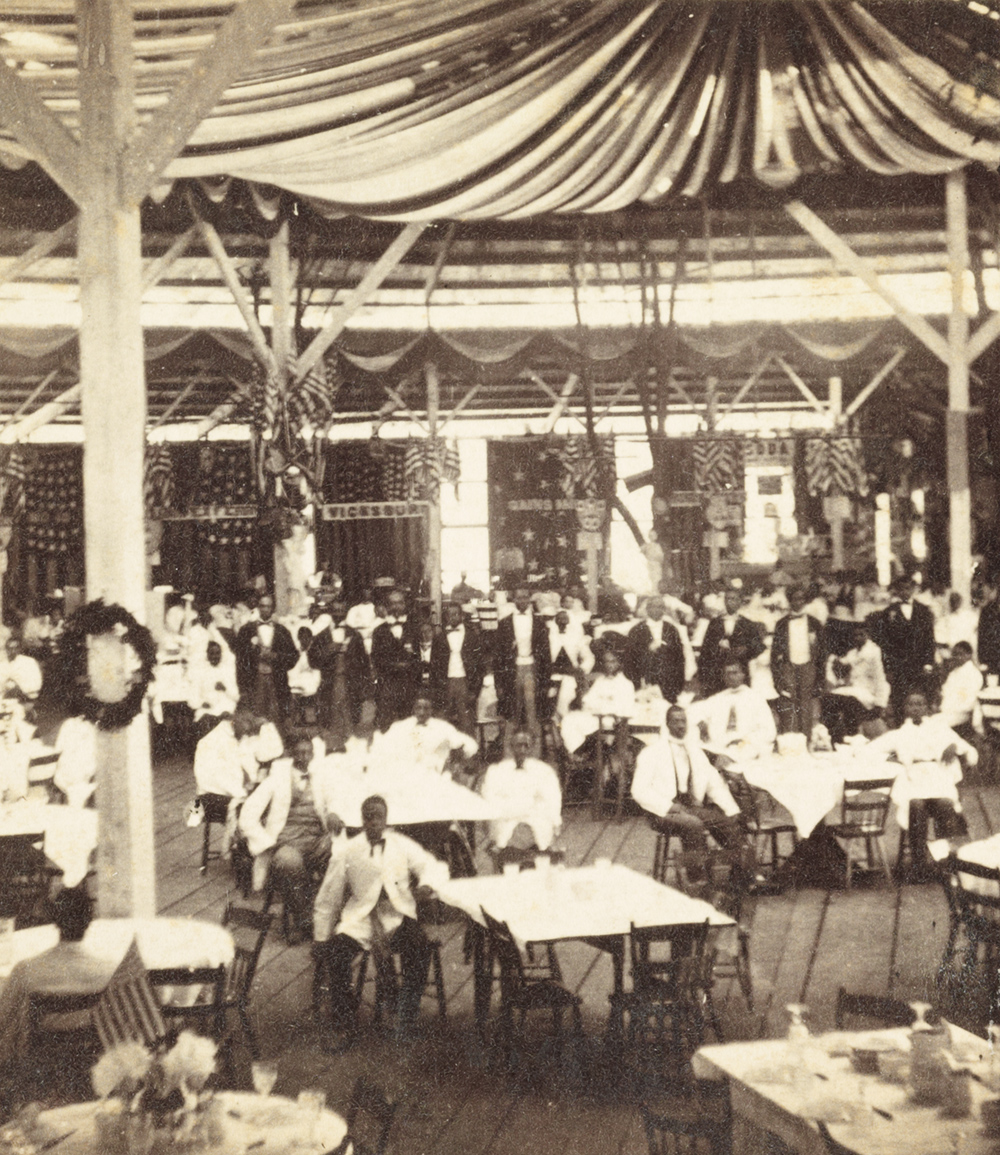 The funds and goods raised on behalf of the USSC were not only used in the field, but also in the military hospitals that housed increasing numbers of wounded men. The USCC also trained volunteers for medical care, food safety, and food preparation on the front lines, as well as providing services to help find missing soldiers. 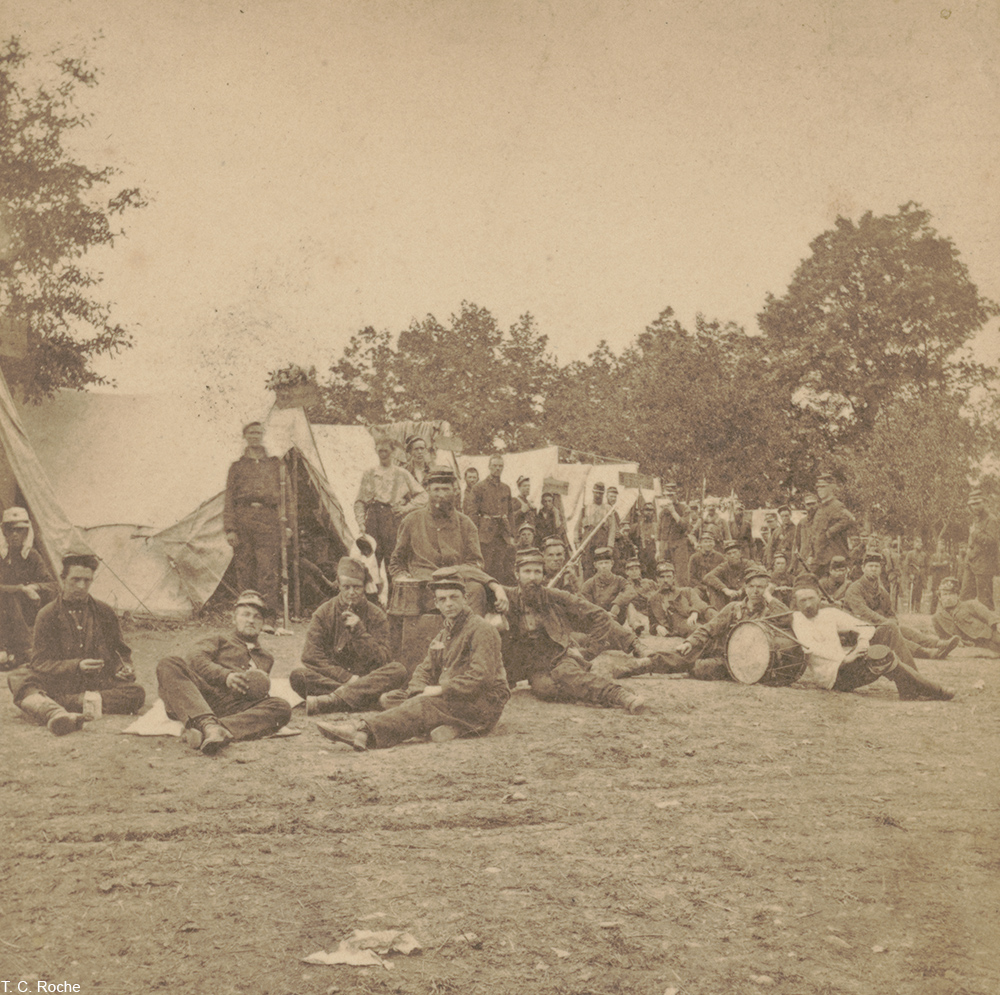 Union soldiers sitting outside tents. Via/ Library of Congress

The legacy of the USCC is that it redefined how care was given to U.S. soldiers, the weak links in the system having been so thoroughly revealed by sick, injured, and starving Union soldiers during the Civil War.