These incredible photos show another side to the Civil War: the daily waiting, the abandoned farms, and the lookouts watching through telescopes. If you are a Civil War history enthusiast then you probably already know what a contraband or a Zouave uniform is (hint: it has roots in the Algerian costume from the Georgian period).

But, for most folks these subjects (and these photographs) open up new insights into one of the most divisive events in our nation’s history. 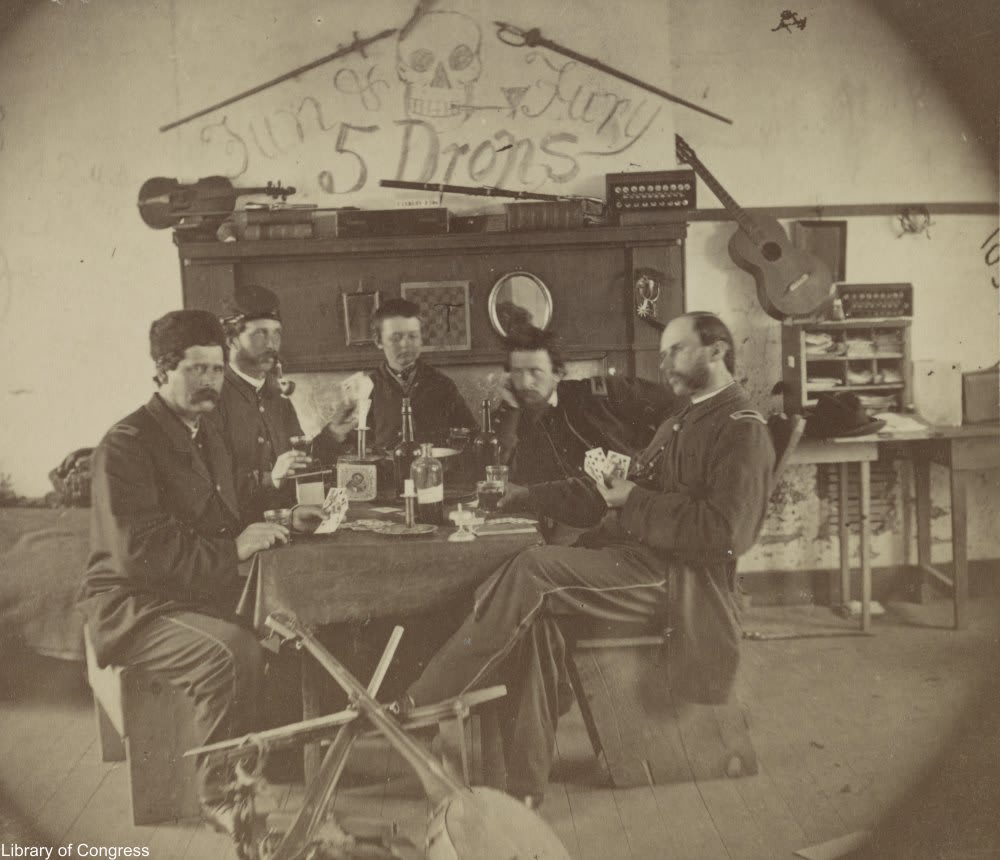 Interior of Surgeon (David) McKay’s quarters, Army of the James, Virginia. 1861-1865. Via/ Library of Congress 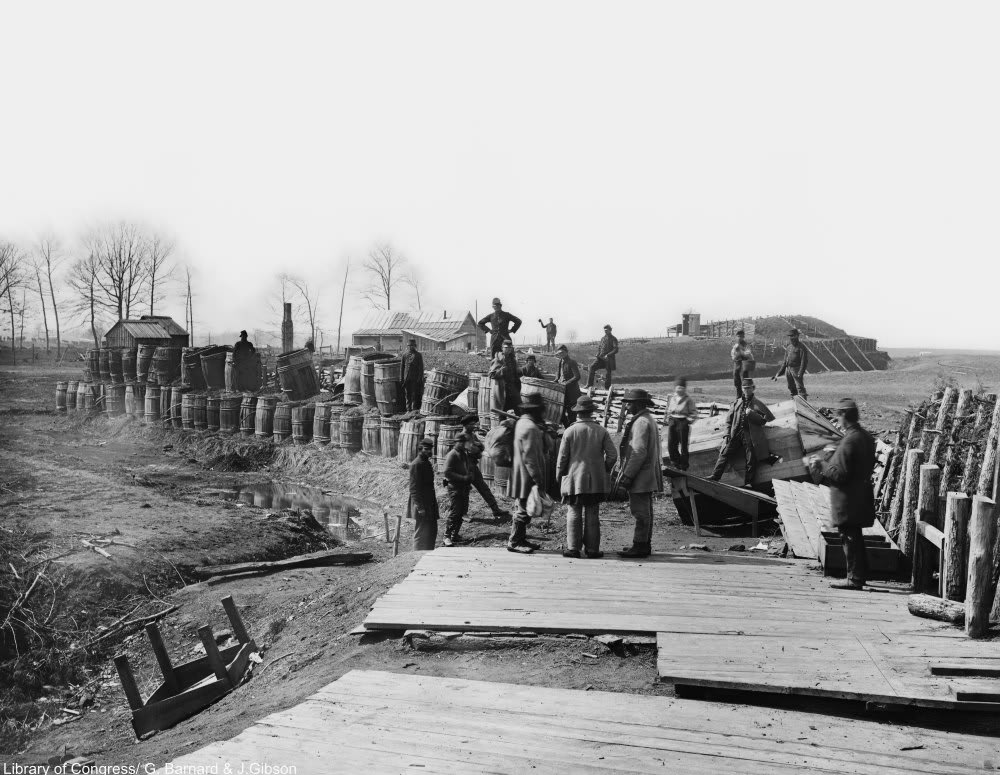 Union soldiers with Confederate provisions, 1861 or 1862. Via/ Library of Congress 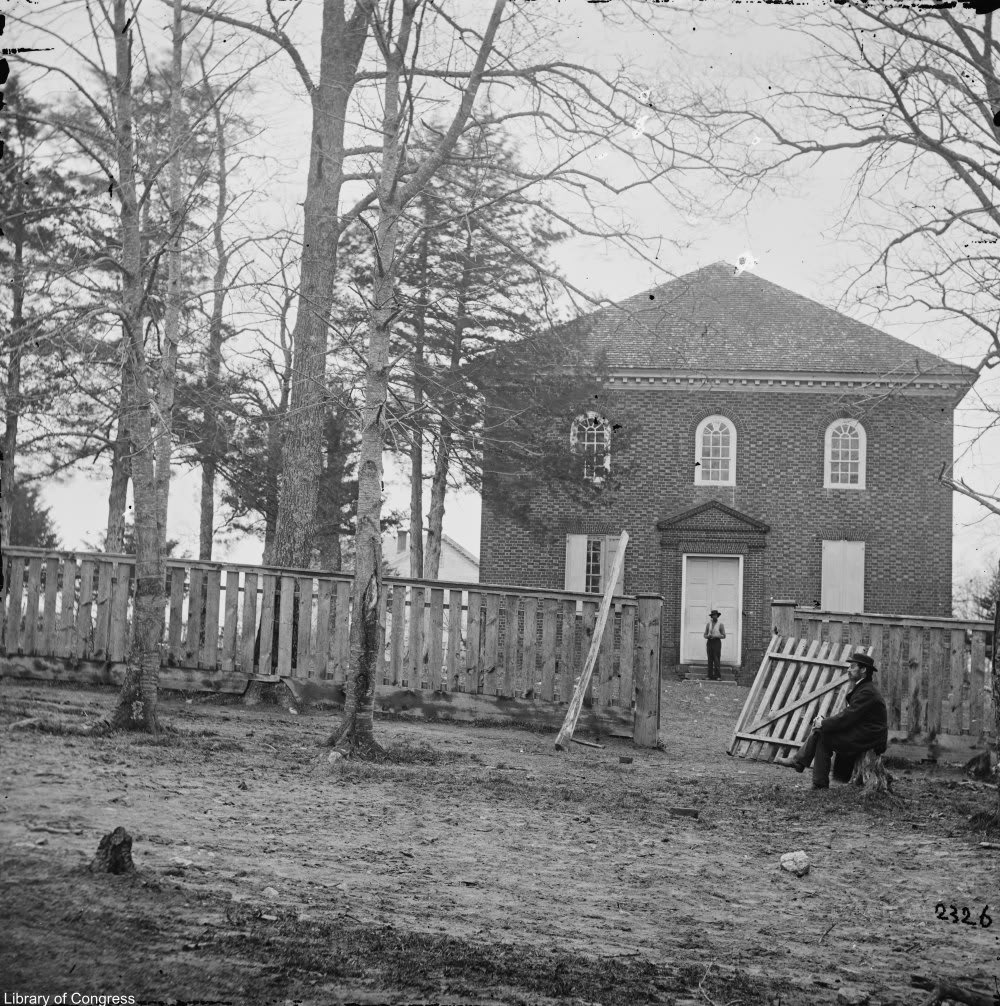 Confederate troops held the little town of Falls Church, Virginia, for a few months during 1861 before moving on to another village. Via/ Library of Congress 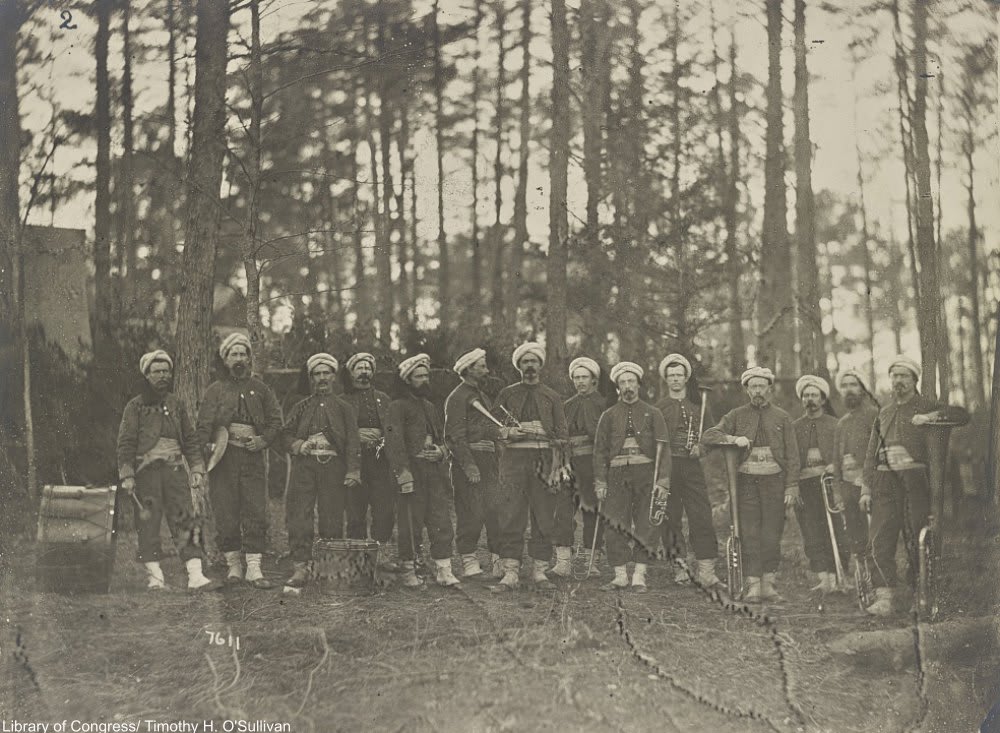 114th Pennsylvania Infantry, 1864. This unit was known for their exotic Zouave uniform which was modeled after the North African French military which had modeled their look on Algerian costumes from 1830 or so. Both Confederate and Union volunteer brigades adopted forms of this look. Via/ Library of Congress 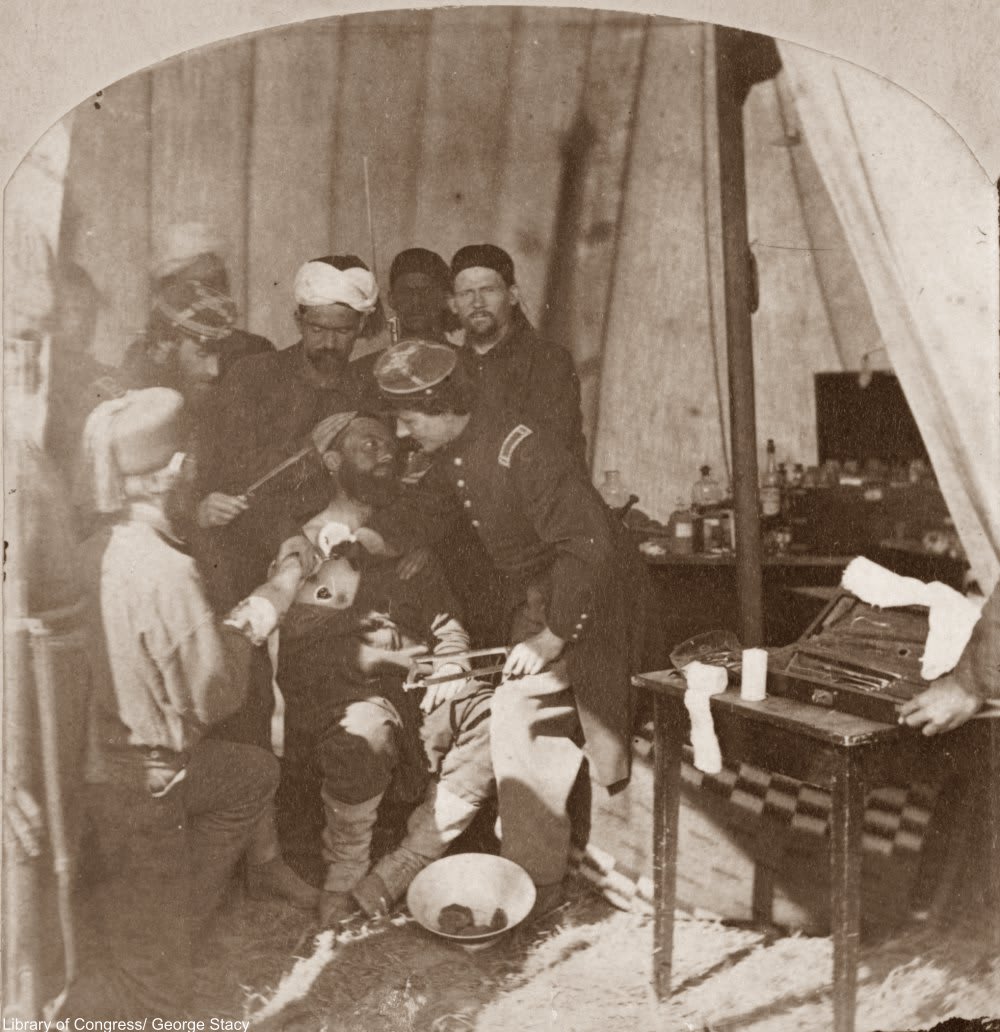 Soldier is held down before surgery in 1861 – notice his eyes are wide open. Many of the soldiers are also wearing the Zouave style uniform. Via/ Library of Congress 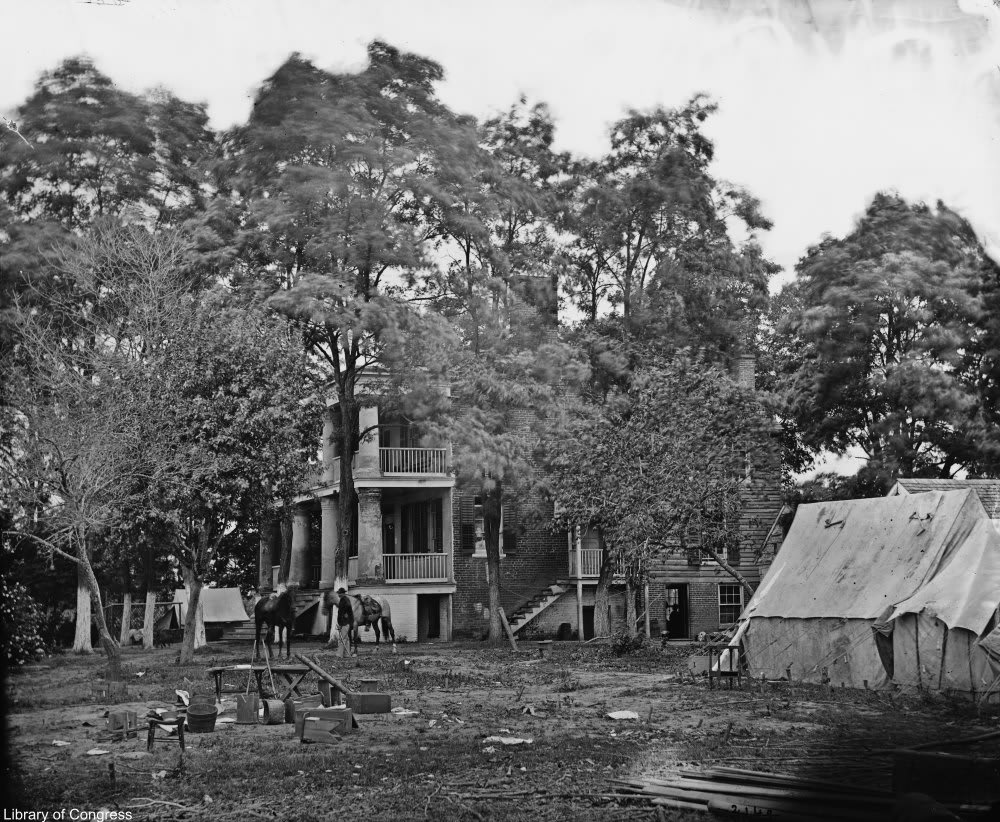 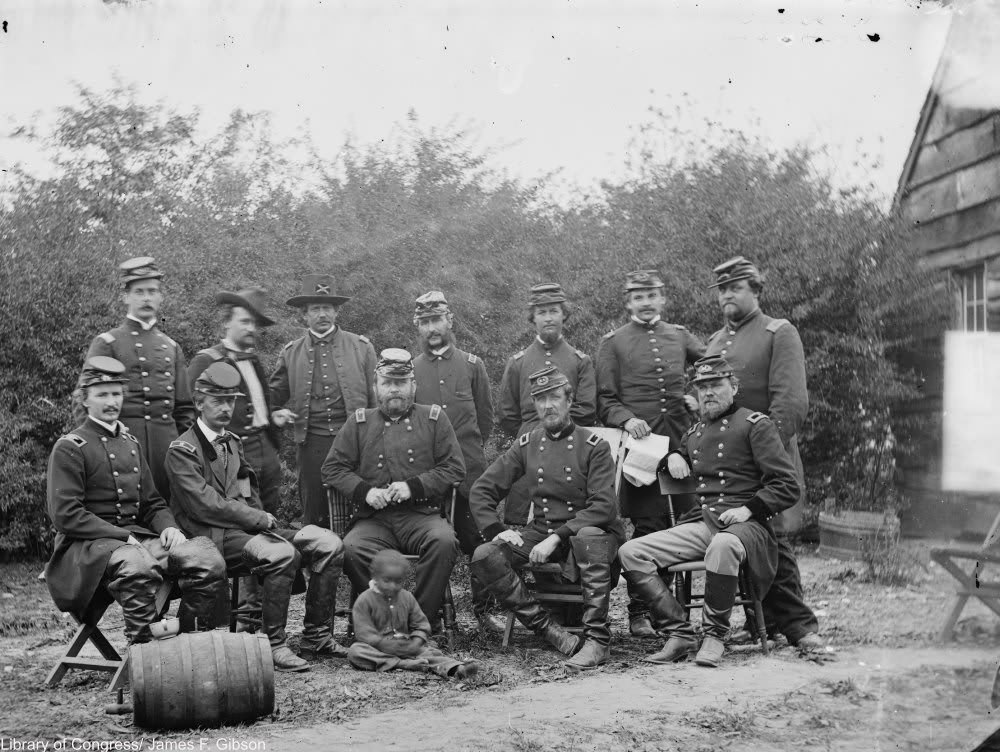 Union generals and friends, 1862. Via/ Library of Congress 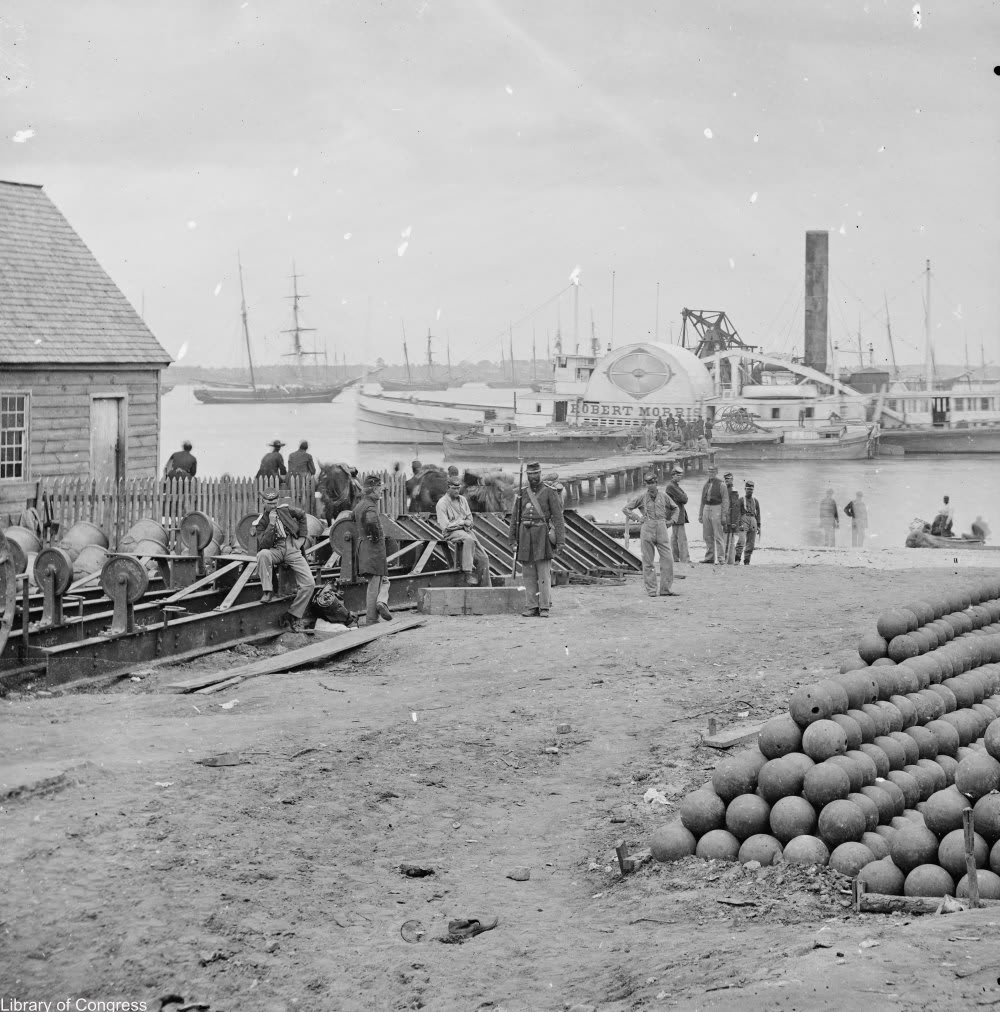 From the lowest soldiers to the highest generals to the people in towns near battles, there was no denying that everyone was affected by the Civil War. Sleepy towns became overrun with soldiers, and newly-escaped slaves for the first time their lives worked for money, though not without risk to themselves. As bleak as it sounds to us today, at the start of the war escaped slaves were often returned to their masters when found by Union troops. It wasn’t until the Confiscation Acts were passed in 1861 that “fugitive” slaves could be legally employed by the Union Army. Or rather, they were technically considered property. However, unlike the chatel slavery system they had wages and some amount of freedom.

Wages for contrabands were extremely low at first, rising to $1 per day by 1863 (the same year the Emancipation Proclamation was issued). For reference in 1862, a colonel made between $95 and $110 per month with stipends for food, clothing, horses, and paid servants. 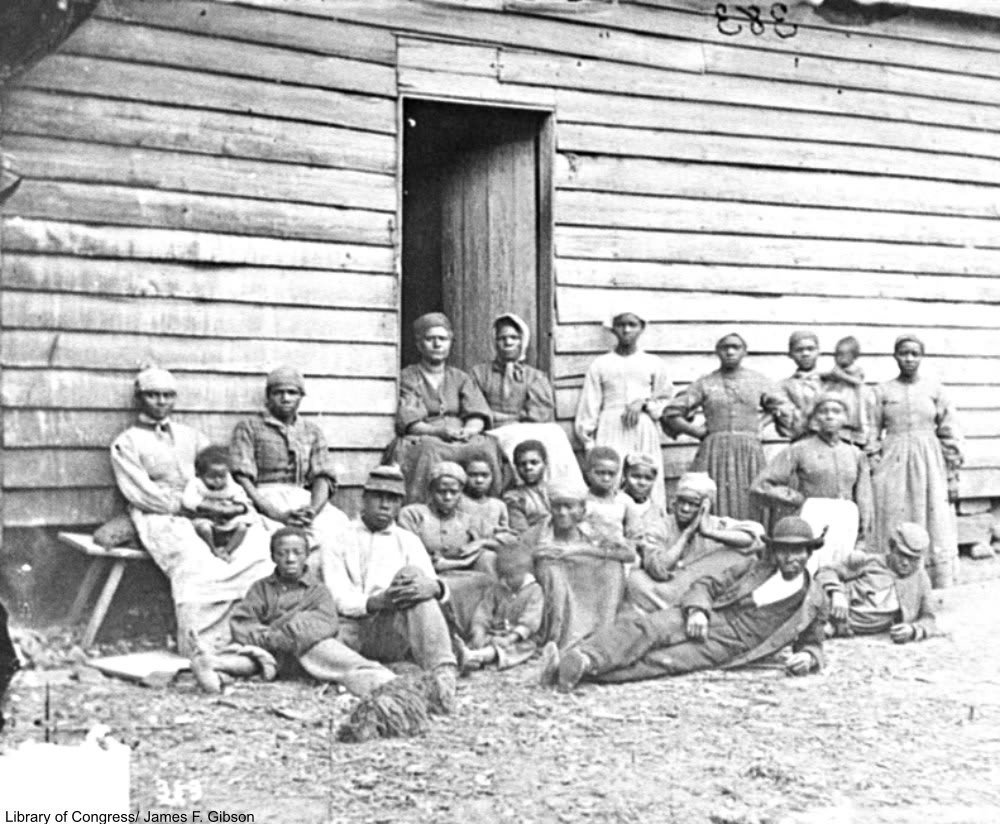 Group of “contrabands” in 1862 as they were classified by the U.S. Army during the Civil War. Contrabands were escaped slaves who worked for the Union. For many of the former enslaved it was the first time they had ever earned a wage. Via/ Library of Congress 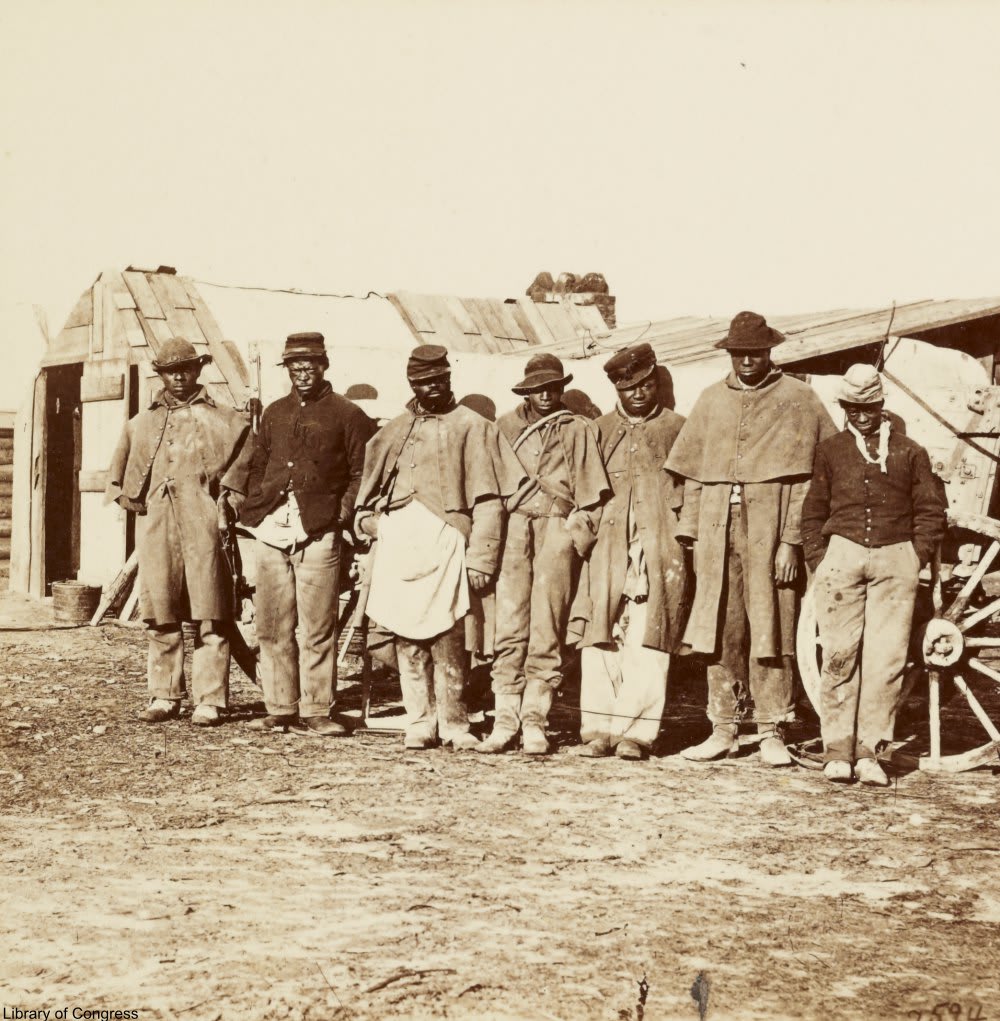 Contrabands in old Union uniforms in front of a make-do shack. Via/ Library of Congress 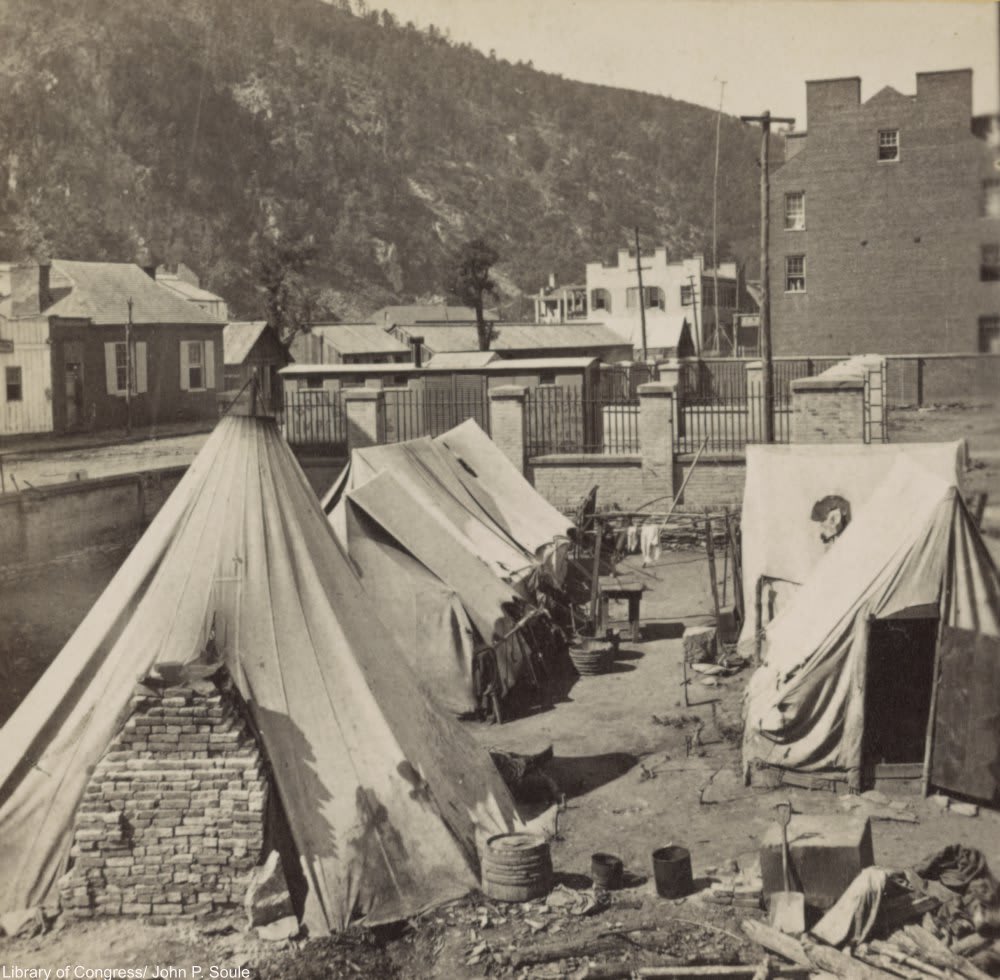 Contraband camp in Virginia. Notice the creative resuse of the fireplace on this lot which once held a building. Via/ Library of Congress 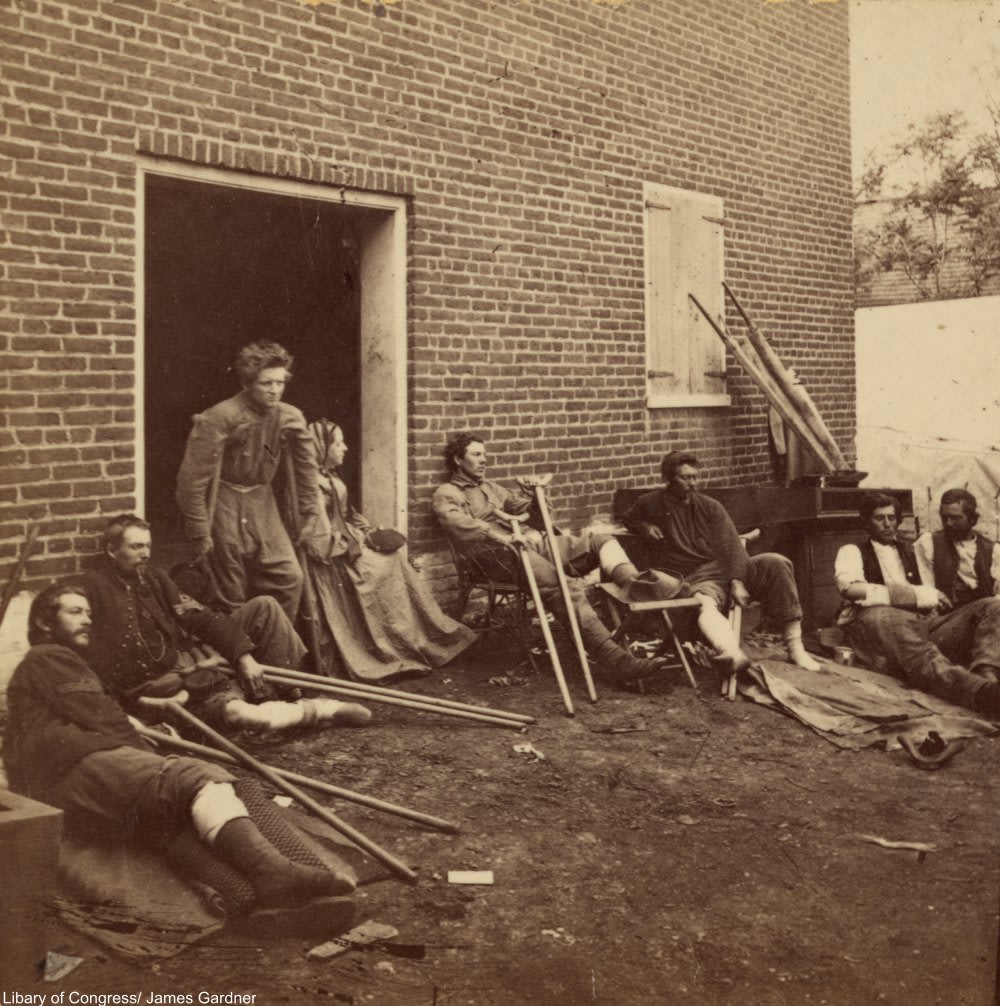 Hospital at Fredericksburg, Va., May 1864. Photograph shows soldiers outside a brick hospital building in Fredericksburg, Virginia, recovering from wounds received during the battles in the “Wilderness campaign.” Woman seated in doorway is volunteer nurse Abby Hopper Gibbons from New York City. Via/ Library of Congress 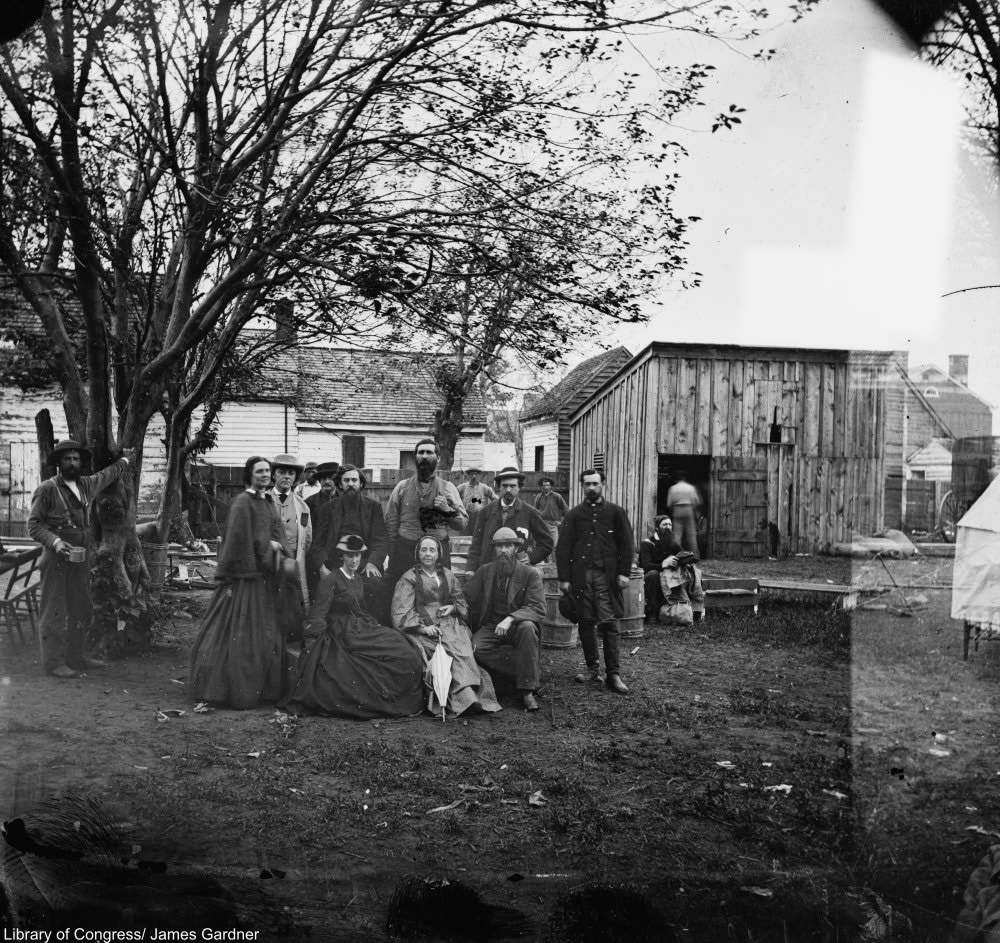 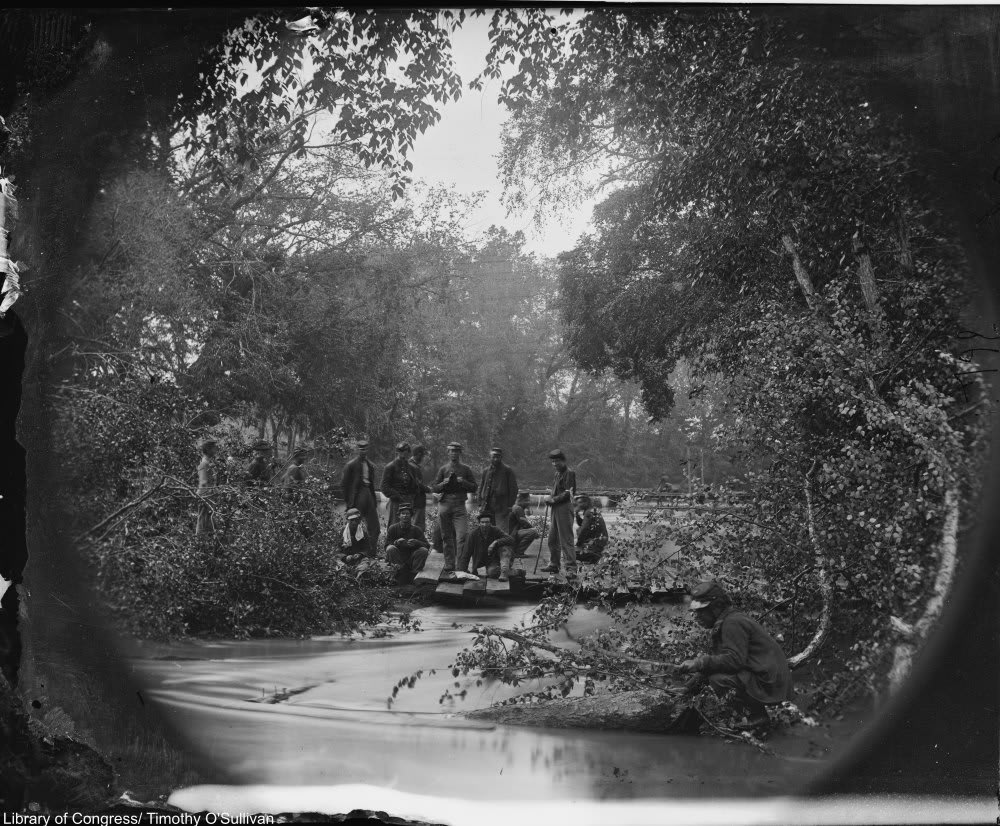 North Anna River, Virginia. Pontoon bridge across North Anna, below railroad bridge, where a portion of the 2nd Corps under Gen. Hancock crossed, May 23d, 1864. Via/ Library of Congress 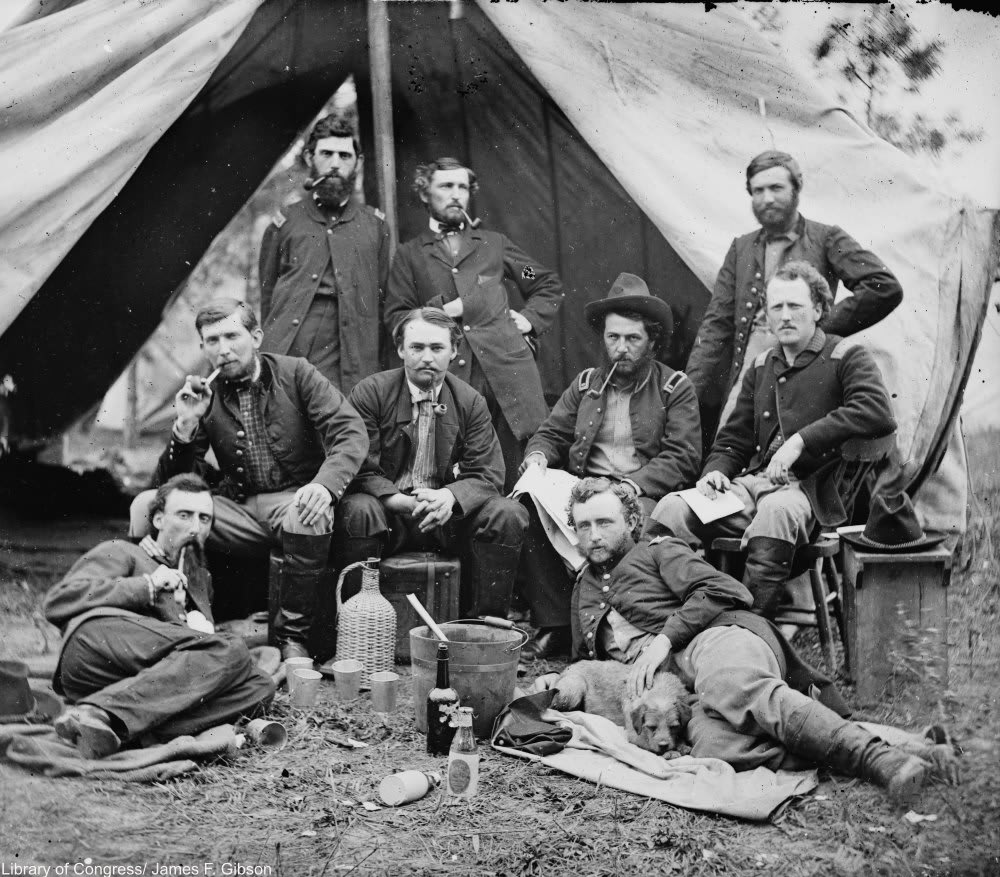 These generals have wine, tobacco, and have taken on the care of a puppy. The staff of Gen. Fitz-John Porter; Lts. William G. Jones and George A. Custer reclining, 1862. Yes, this is the same general Custer who would later lose at the Battle of Little Bighorn. Via/ Library of Congress 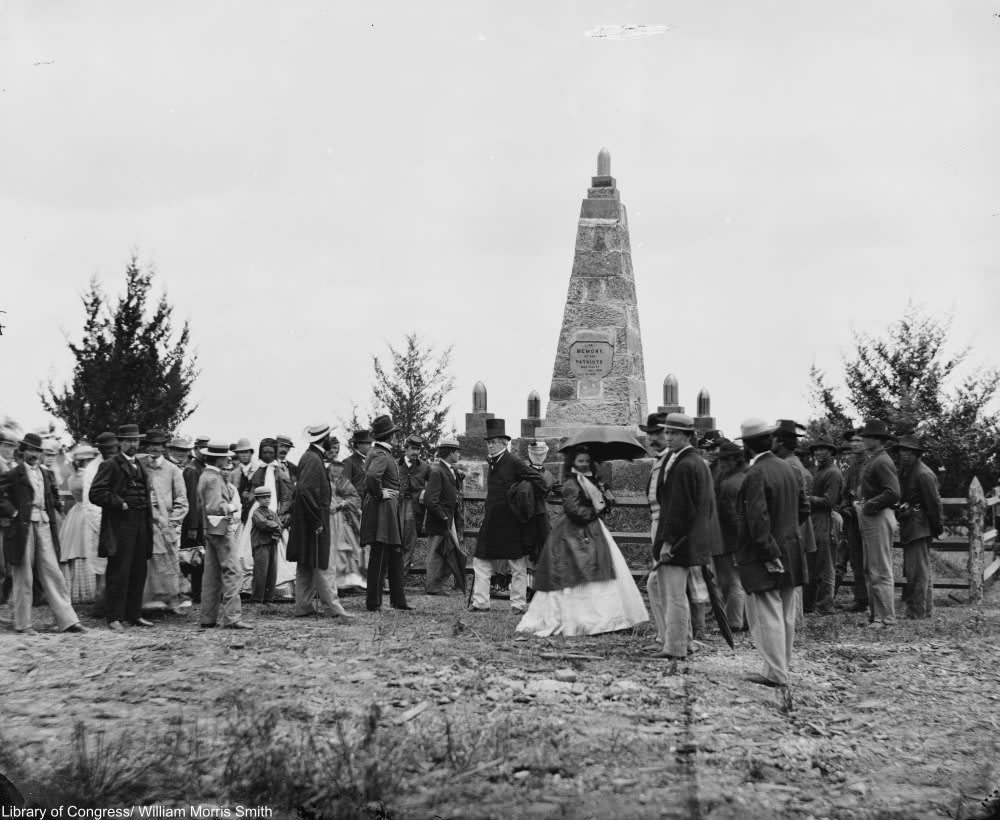 Dedication of monument at the Battle of Bull Run in Virginia, 1865. Via/ Library of Congress