The Quaint and Complicated Christmas Dinners of 100 Years Ago

What we make for the holidays certainly has changed over the years. When we compare what graces our tables now to what our ancestors were eating a century ago, it isn’t just the absence of canned whipped cream or other conveniences that have become annual staples. Christmas dinners 100 years ago, while very special, were sometimes cobbled together from what was on hand. 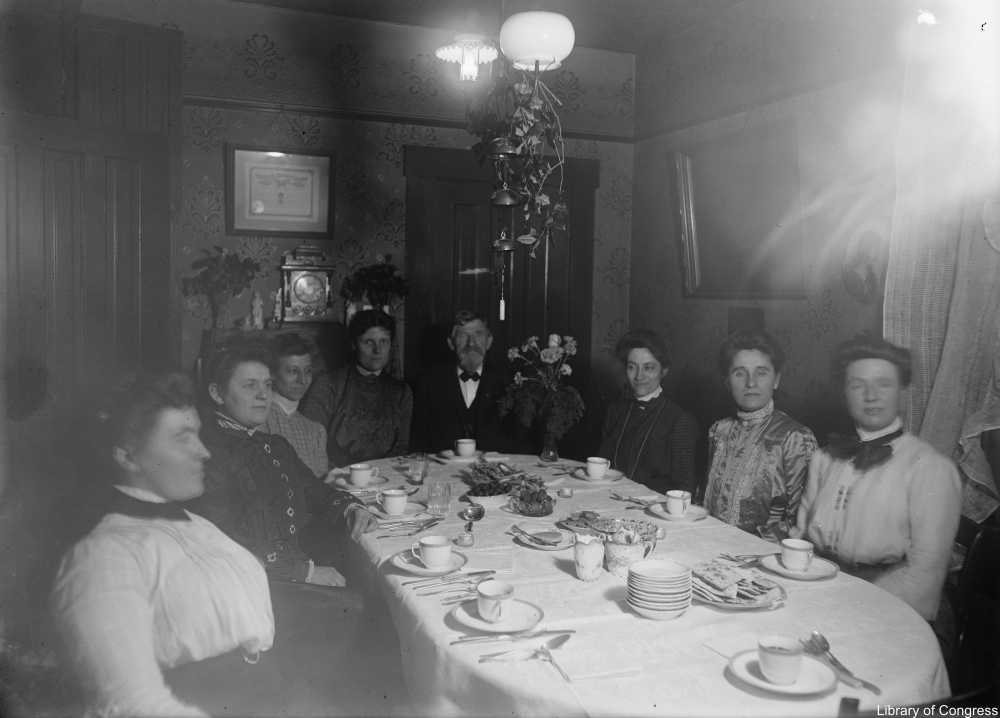 We think of Christmas dinner as being ham or turkey, occasionally something a bit more unconventional like a roast chicken. But, around the turn of the century into the ’50s it was not uncommon to have any number of possible meats on the menu. Roast beef, pork crown roast, baked fish or even wild venison served for the main dish. As TV and other media presented the All American Christmas dinner, the variety of meats deemed appropriate for the holiday meal shrank. 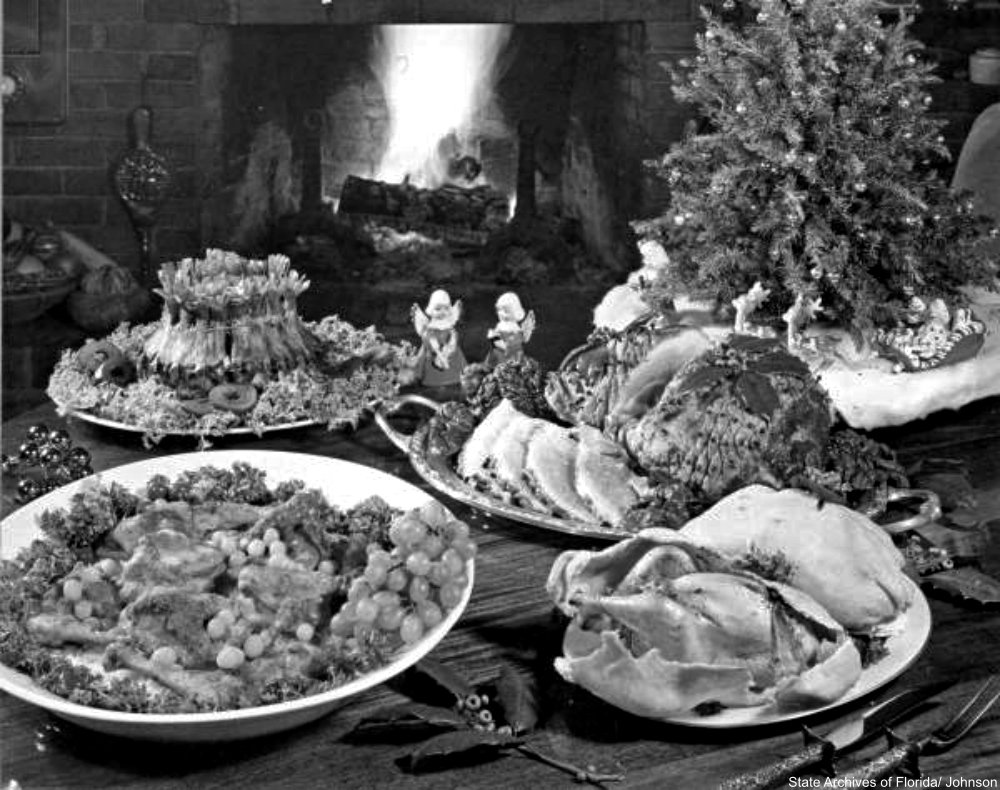 But, the nation’s spending habits were also rapidly changing. As the middle class increased in number after World War II, the idea that one would simply roast whatever meat was on hand fell away as families could now plan ahead for the roast of their choosing. 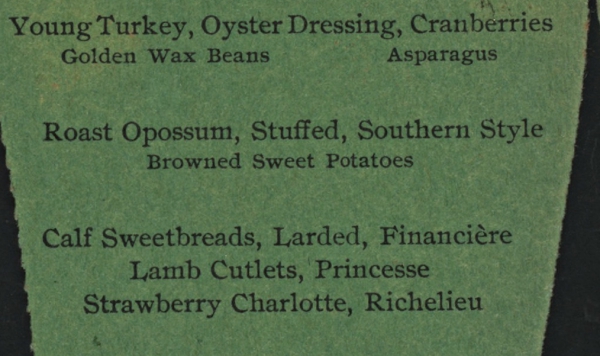 1900 Christmas menu from The Griswold House Hotel in Detroit showing opossum and lamb sweetbreads as two of the many main course options. Via/ NYPL Digital Collections

Consommé, tomato soup, game soup, or even gumbo were common items to be served at the Christmas table. Today it’s rare that you find soups and stews being served on Christmas Day.

Click the “Next Page” button to see the rest of the menus!