How Much Is This Beautiful Chintz China Worth? Not As Much As It Used To Be, But Still A Treasure

This Chintz china set is a great example of how fickle the antique market can be — and why we always opt to buy and collect the items we love, instead of for perceived value.

In the 80s and 90s, English Chintz china was all the rage in America (there was quite an obsession with British history during this time). However, once the internet became more accessible, Chintz china was everywhere, causing the price to drop significantly.

The owner of the set featured in the clip from Antiques Roadshow below has the right idea though; these used to belong to her grandmother, and she just wants to know some history about the tea set she cherishes. 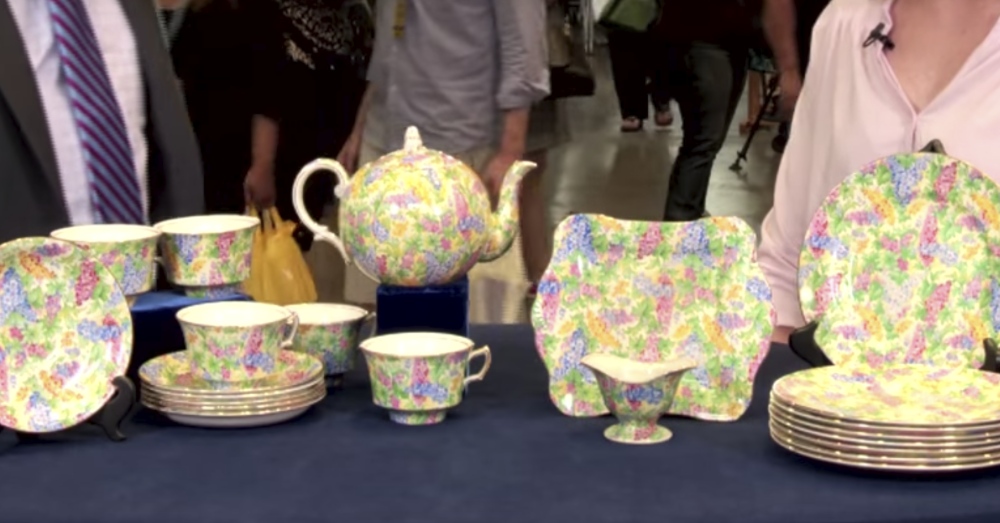 Source: YouTube/Antiques Roadshow PBS
A set of Chintz china was once a very valuable asset. Today, many can be found online.

Chintz china is still popular with some people. More than 3,000 different patterns can be found on Etsy alone, each intricately decorated with colorful flowered patterns. 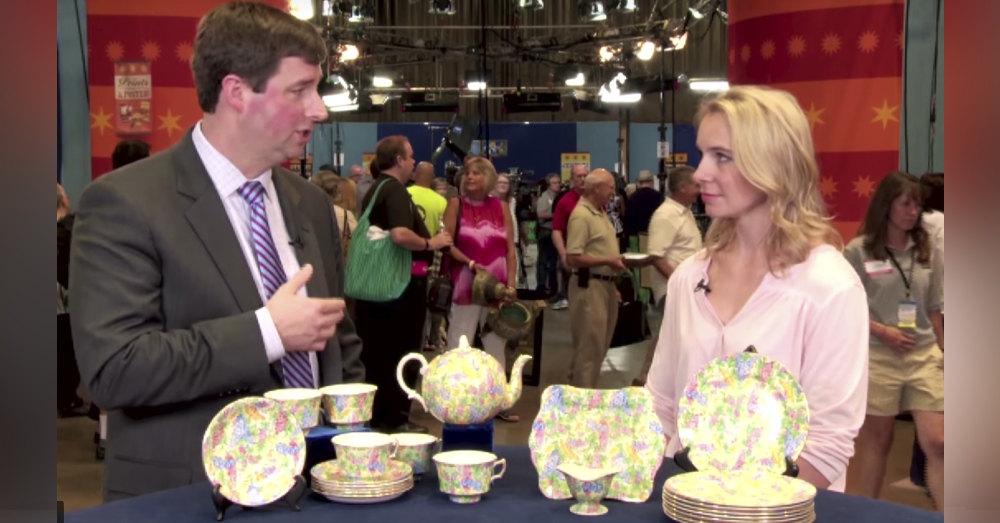 Source: YouTube/Antiques Roadshow PBS
This woman is pleased with the host’s assessment of her Chintz china set.

According to The Wise Collector, “Although the china with the tiny all-over flower pattern has been produced around the world (including Germany, Japan, Czechoslovakia and now China), the most sought-after vintage versions are from the Staffordshire factories in England. The most desirable chintz ware was produced by James Kent, Crown Ducal, Lord Nelson and Royal Winton. Chintz fabric was extremely popular during the late 1800s and the first two or three decades of the 20th century. Matching one’s tea service to one’s linens or upholstery seemed to be marketing genius. The American distributors eagerly joined the trend by requesting entire dinner services.”

While sets like this might not be worth as much as they once were, they’re still beautiful dishes that are somewhat valuable.