They’ve been called Chinese bagels, but the round bread called guang-bing that has been popular in China for centuries actually pre-dates the bagel by 120 years. Both breads are small, round, and a have a hole in the middle, but the process by which they are made is quite different. Unlike bagels which are stretched, then formed, then boiled, then baked, guang-bing are rolled out, indented with a hole and stuck to the side of a traditional Chinese oven and baked. 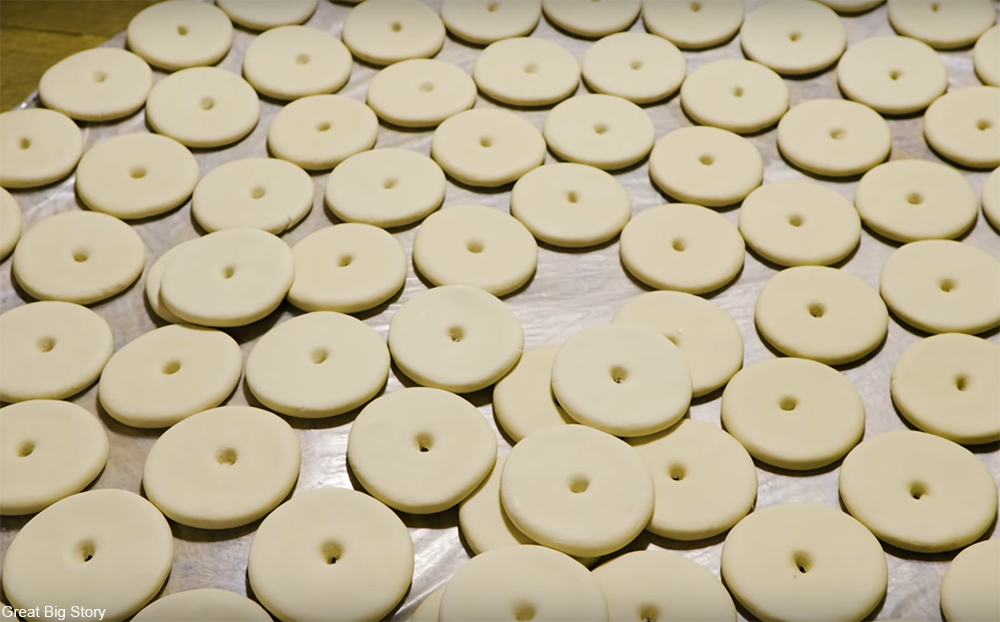 Guang-bing often contain onions and can also be covered in sesame seeds. The hole in the middle isn’t a function of how their made, but was instead a way for soldiers to carry their meals with them, without having to stop or cook. Commander Qi Jiguang, who invented the bread in 1563 and for whom the bread is named, noted that the Japanese pirates who had been stealing their supplies and besting them were always in supply of o-nigiri or rice balls that contain seaweed, pickled fish, and and/other ingredients. He noticed that not stopping to cook gave them a tactical advantage and he devised the guang-bing to solve this problem. Chinese troops wore these breads on a string around their necks, much like a bread necklace, so that a meal was always on hand. 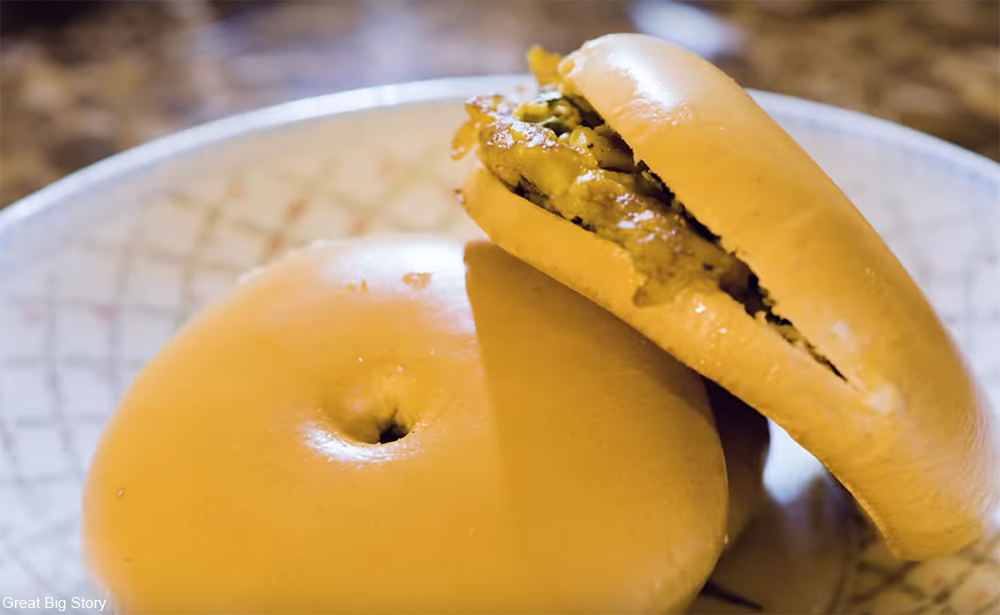 Today many people enjoy this bread cut in two and made into a sandwich, an egg version which is popular for breakfast. Find out more about this bread and the vendors still keeping the tradition alive by making guang-bing by hand in the video below.