One of the real delights we all have in our Dusty Old Thing community is seeing antiques and vintage objects that bring back memories of our childhood or the imagined childhoods of parents or grandparents. This morning we’d like to feature just a few of those that have recently been shared by our readers. 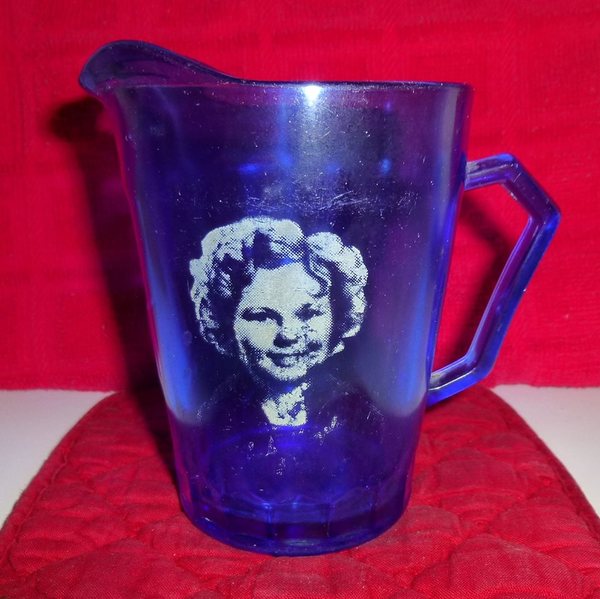 from Katrina Sauer: “I…thought some might enjoy seeing this creamer with Shirley Temple (Black).”

This wonderful small cobalt pitcher was probably made by the Hazel Atlas Glass Company or the U.S. Glass Company anywhere from 1934 to 1942. Both companies made breakfast sets that included a cereal bowl, mug and small milk pitcher. The pitcher is frequently called a creamer because of its size but it really was meant to hold one serving of milk for cereal. Pieces, or the whole set, were given away as “premiums” for the purchase of items like Wheaties or Bisquick. Some writers have also indicated they may have also come in boxes of laundry detergent.

The Hazel Atlas Glass Company was a large maker of machine-molded glass with its heyday in the 1920’s-40’s. The company was founded in 1902 through a merger of other glass and metal companies. During the 1930’s it operated 15 plants throughout the United States but with headquarters in Wheeling, West Virginia. It produced large amounts of Depression Glass as well as everything from milk glass “cold cream” jars to bottles and jars used in food and beverage packaging.

There is a good amount of information available online about Hazel Atlas. Some collectable pieces, especially in cobalt, are being reproduced so it’s always good to know what is real and what is fake. Two good resources are hazelatlasglass.com and glassbottlemarks.com. 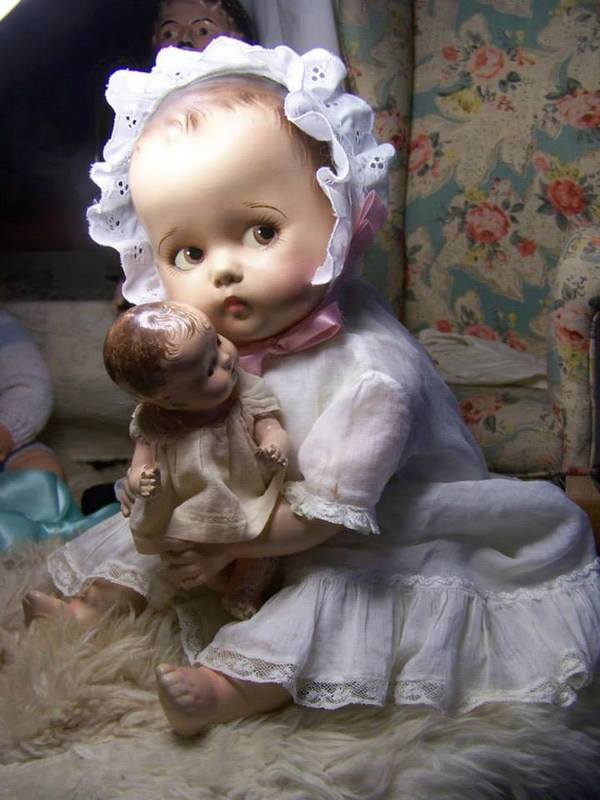 from: Darlene Duplessis: “For the doll lovers, this is another old composition doll I have, professionally restored by Linda Swankykitty Smith.”

It’s always wonderful to see dolls, and other antiques, from Darlene. This photo is so much like baby photos from the 1940’s. It’s just fantastic and the doll restoration is so charming. The clothes on the dolls are authentic to the period. 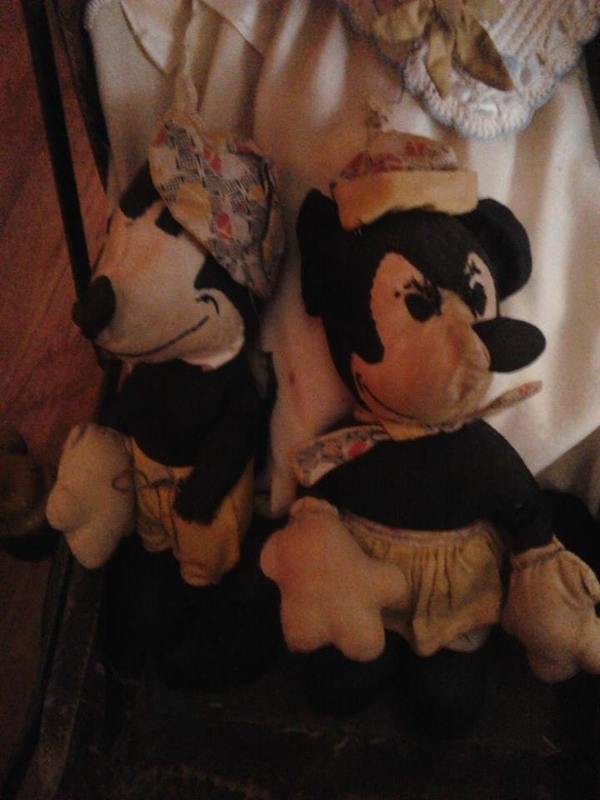 Maureen took this photo of Mickey and Minnie inside her antique doll buggy. You can see a photo of the buggy here.

Mickey and Minnie Mouse dolls were all the rage in the 1930’s. Their story is a fascinating one, especially since Disney allowed the creating of a McCalls pattern so that homemakers could create their own Mickey and Minnie dolls. A Los Angeles seamstress named Charlotte Clark obtained a license from Disney to make, by hand, Mickey and Minnie dolls which she then sold. She also created the pattern for McCalls which sold between 1932 and 1939. These homemade dolls, often dressed in individual and creative manner are now considered very collectable. Disney, later in the 1930’s, also licensed the Knickerbocker Toy Company to manufacture the dolls, based on the Clark designs.

Maureen’s are just wonderful and endearing and delightful. They are a wonderful example of America’s love affair with Mickey and Minnie. 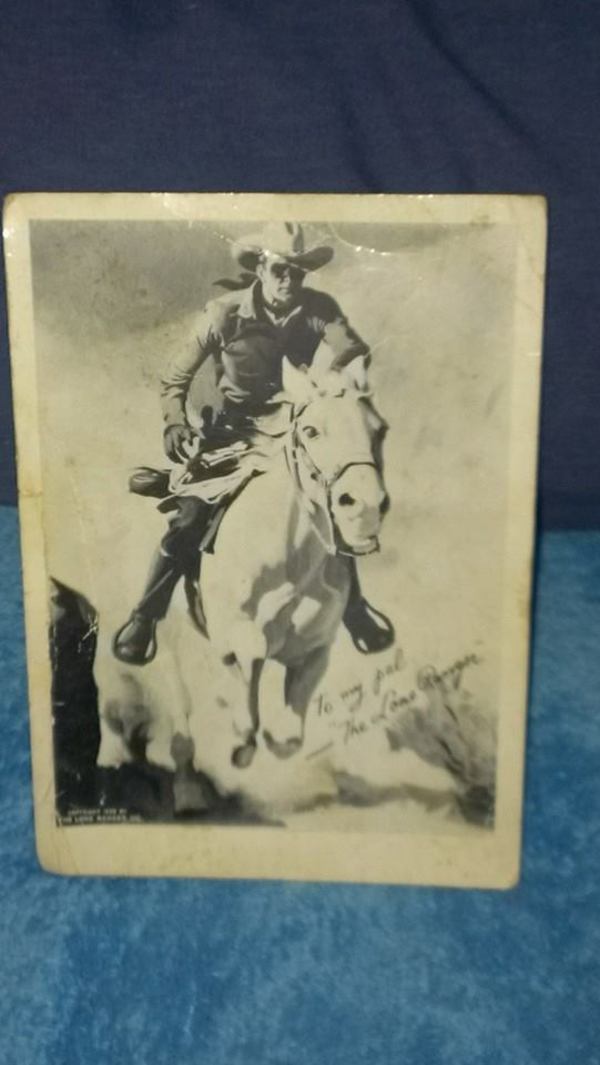 from: Sandy Paschal: “Found this in my mothers things.It has a copyright date1939,on it”

The Lone Ranger is iconic in American culture. He first appeared in 1933 on radio station WXYZ in Detroit and was probably inspired by a Zane Grey book, The Lone Star Ranger, 1915. Grey’s book may have been based on a real-life Texas Ranger, Captain John Hughes, or on real-life US Marshall Bass Reeves (there is a dispute about that.) The radio show was an immediate hit with its stirring theme music, phases like “Hi-Yo Silver! Away”, the idea of silver bullets, Tonto, iconic horses, a masked hero and good triumphing over evil. The story was put to film as a serial beginning in 1938.

Thanks to everyone who still loves having the joy of a child and sharing those antiques and vintage items that bring back childhood memories.