Will Rogers was born in 1879 in Oologah, Oklahoma, in what was known at the time as “Indian Territory”. Rogers went on to become the famed movie star that we know and love, and he also went on to write thousands of newspaper columns before his plane went down in 1935, killing both Rogers and the pilot. Rogers is one of the most well-known celebrities from Oklahoma to this day. However, many people don’t realize that Rogers himself was part Cherokee, which makes the recent acquisition of his birthplace by the Cherokee Nation especially fitting. 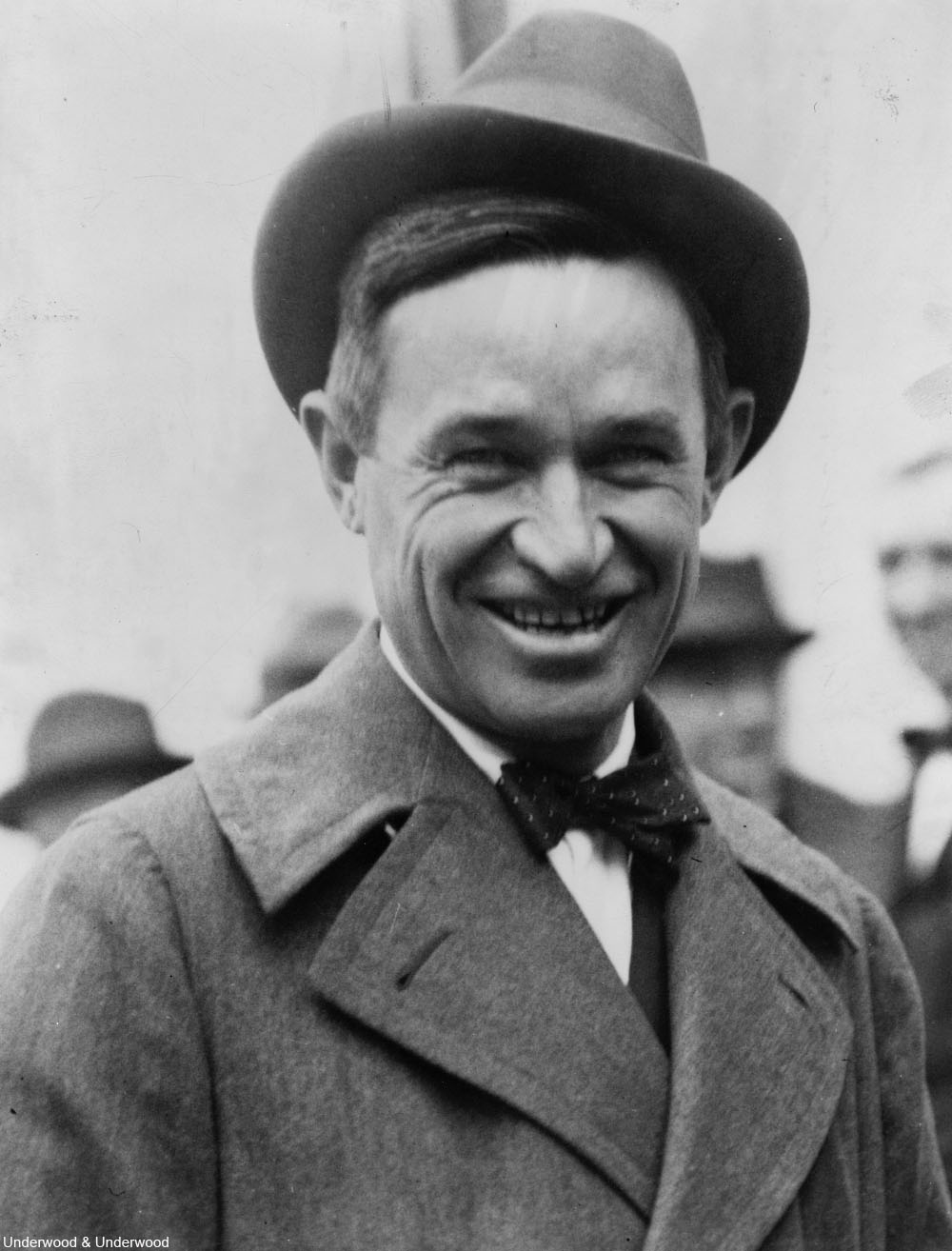 The house where Rogers was born was completed in 1870 and both his parents were of mixed white and Cherokee heritage. Rogers was enrolled in the Cherokee Nation in from the age of 11 and also enrolled his children.

Known as the Dog Iron Ranch, and also as the White House on the Verdigris River, the home was where Rogers and his 7 older siblings lived. The house, made from walnut and hickory, was given to the state of Oklahoma by the Rogers family and is today operated as a museum. In 2016 the house was ceded to the Oklahoma Historical Society. 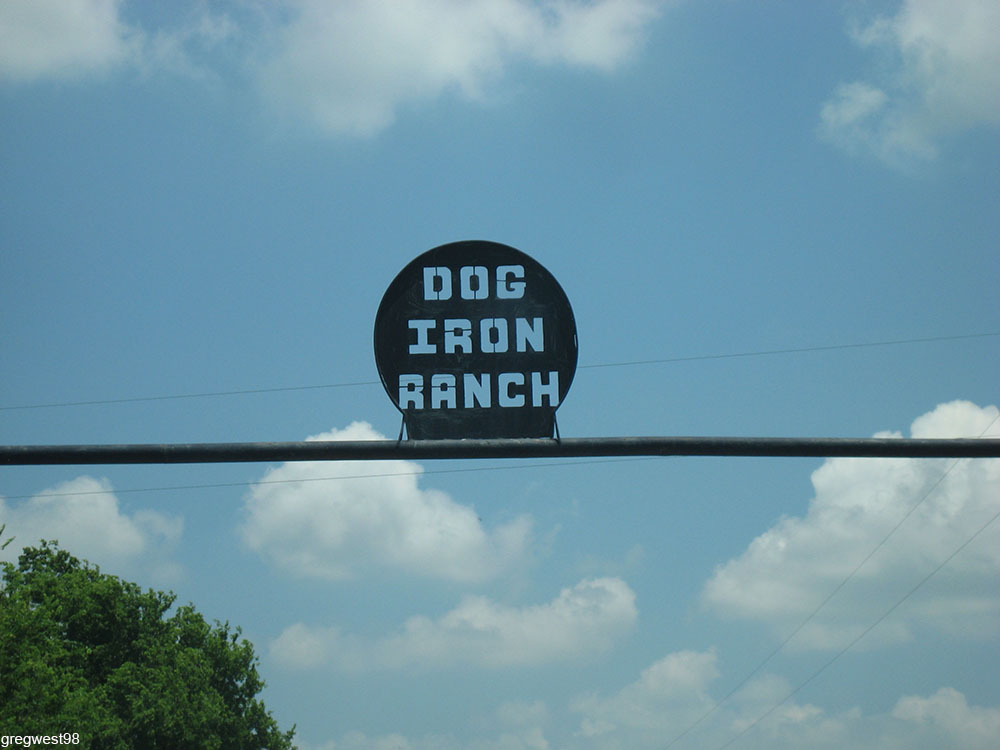 In recent years the house has fallen short on funding and has been in need of repairs. On the 141st anniversary of Rogers’ birth, November 4th, 2020, Cherokee Principal Chief, Chuck Hoskin Jr., signed an agreement to purchase the historic house from the society on behalf of the tribe, making possible necessary repairs to the property. 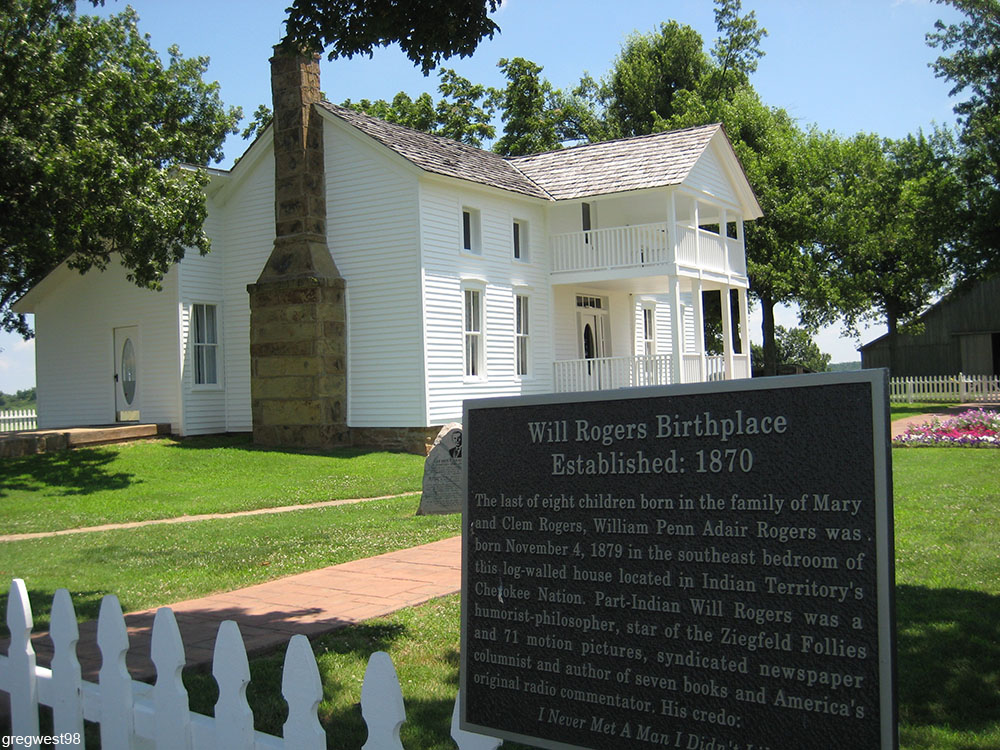 Dog Iron Ranch will remain in the care of the Oklahoma Historical Society, but representatives said that “every penny” from the profit of the sale will go towards maintaining and securing the future of the property. In addition to the house, the ranch also has a barn and a caretaker’s cottage on site. The property was added to the National Register of Historic Places in 1970.