Stunning Photos Of The Chatillon Car Graveyard, A Mystery 50 Years In The Making.

In a forest near the village of Chatillon, Belgium, lies a car graveyard like no other. For nearly 50 years, dozens of vintage cars have remained abandoned and dormant. As nature slowly but surely reclaimed the area, the stunning visual of these cars covered in rust, moss and vegetation has sparked many theories. Where did they come from? Why were they abandoned? While speculation runs the gamut, one explanation finally came to light. 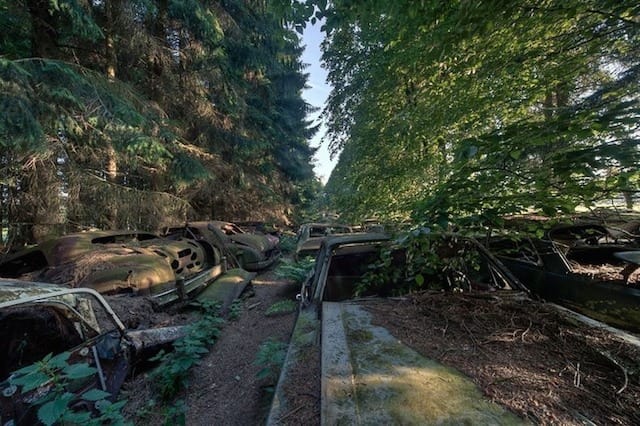 The prevailing theory is that many of these cars belonged to U.S. soldiers stationed near Chatillon during WWII. This theory, however, doesn’t account for the age of most of the cars (many of which are too new to date back to the war). 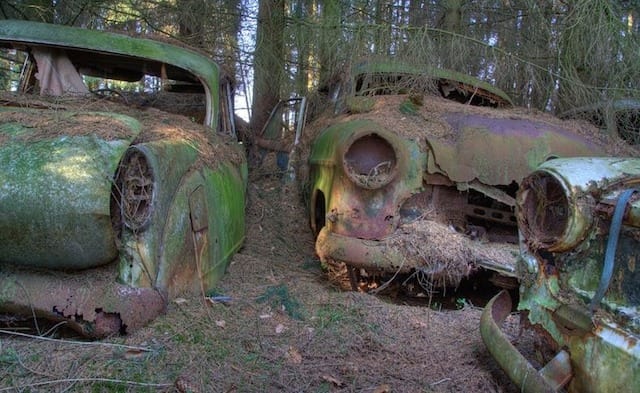 The real story begins with a nearby abandoned hangar in the town, that was once a car repair shop. 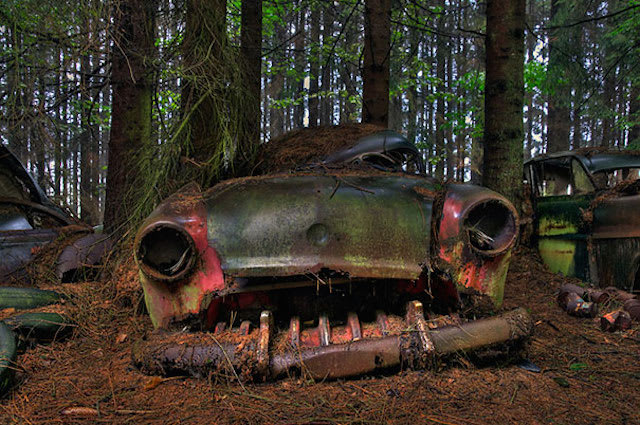 The man who owned the shop used the clearing to store his part-cars; it was essentially a large scrapyard! 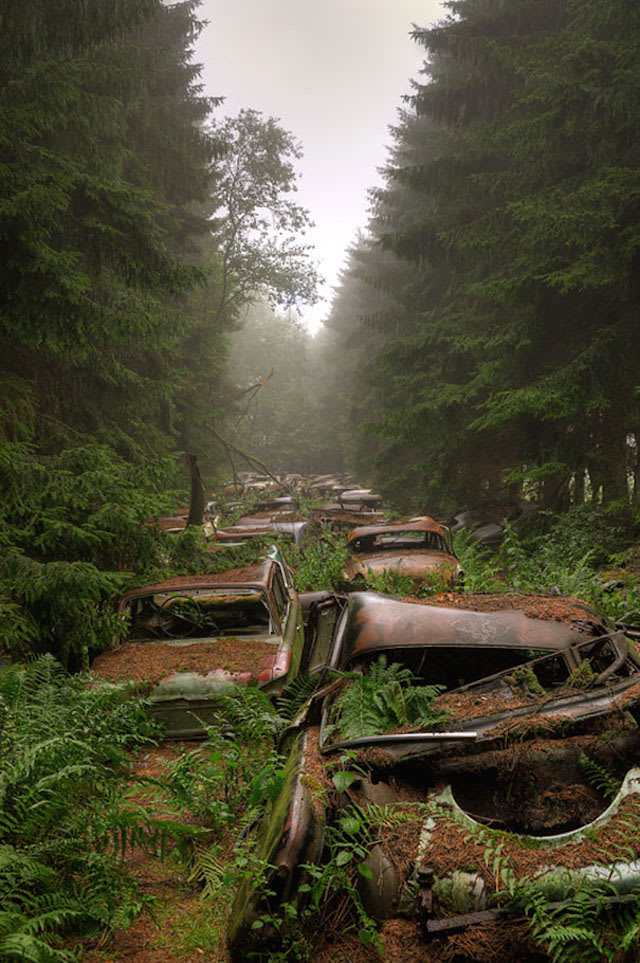 There is, however, a connection to a military base. NATO built a base in Longuyon, France, in 1954. The soldiers that lived there —many of whom were Canadian and American — decided to move to the nearby town of Virton, Belgium. 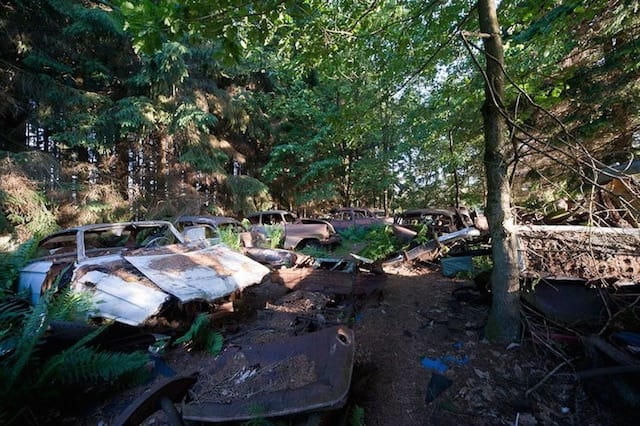 As more and more soldiers moved to Virton, the town’s residents began to adapt to the Canadian way of life. Everything from cars to beer was being imported from Canada and the States, which created a need for an auto repair shop that specialized in these cars. 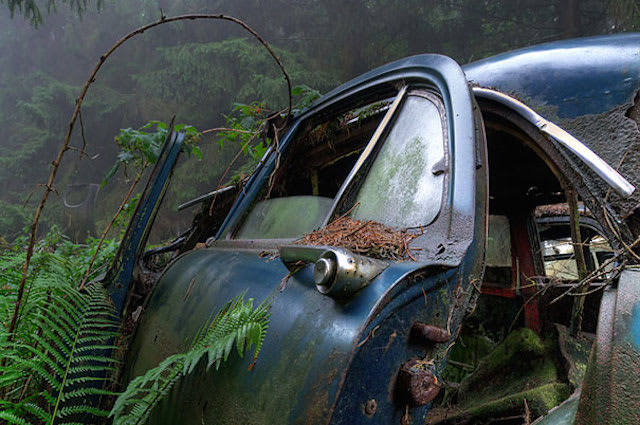 Since parts were harder to find for these imported cars, any vehicle that was damaged, wrecked, or broke down was salvaged and stored in the empty lot. 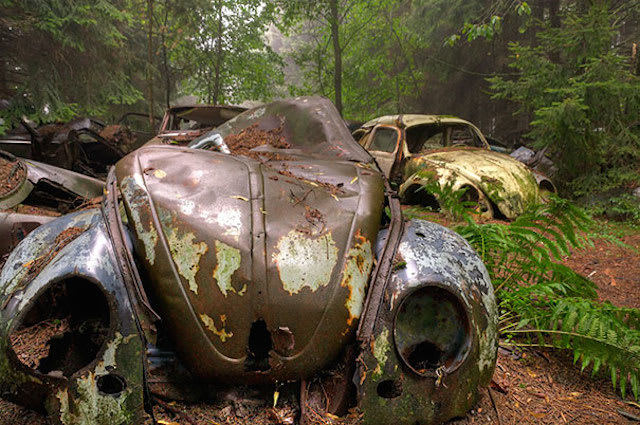 Eventually, France withdrew from NATO, and by 1967 most of the soldiers stationed in the nearby base were transferred. With less American and Canadian customers to cater to, the repair shop owner began to focus on European cars. 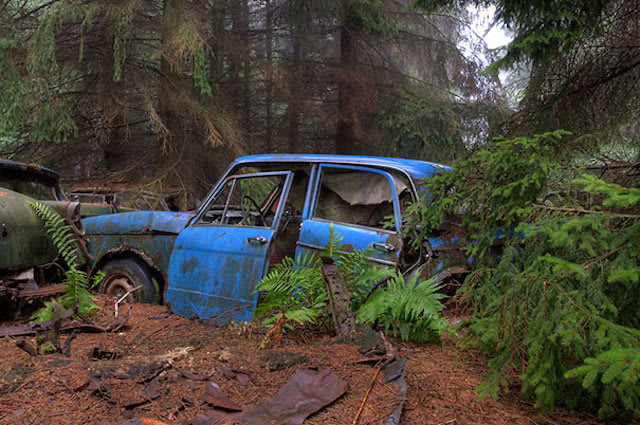 Eventually the owner passed away, and the cars were left unattended. Since then, the Chatillon car graveyard had become a bit of a tourist attraction for photographers and explorers, given its stunning display of what happens when nature meets technology. 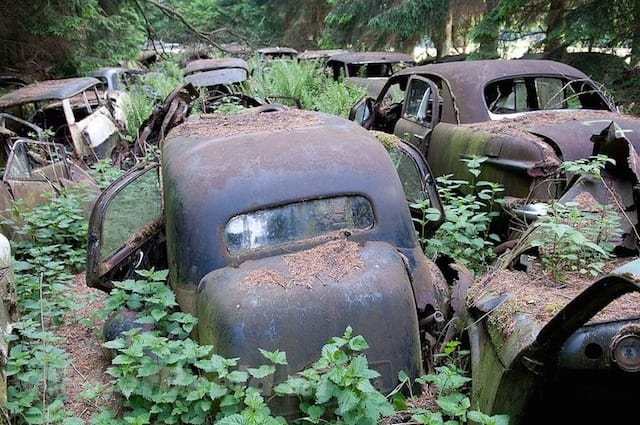 You can read in more detail about the Chatillon Car Graveyard here.