Who Else Had No Clue These Beloved Celebs Had FBI Files?

Given the reason that Princess Diana had an FBI file, one might think that Grace Kelly, after she became royalty would have had a similar sort of file to the Princess. However, this was not the case at all. Her Serene Highness, Princess Grace of Monaco, was mentioned in a series of letters to Louis Patrick Grey III, acting director appointed by President Nixon after the death of long-time FBI Director J. Edgar Hoover. 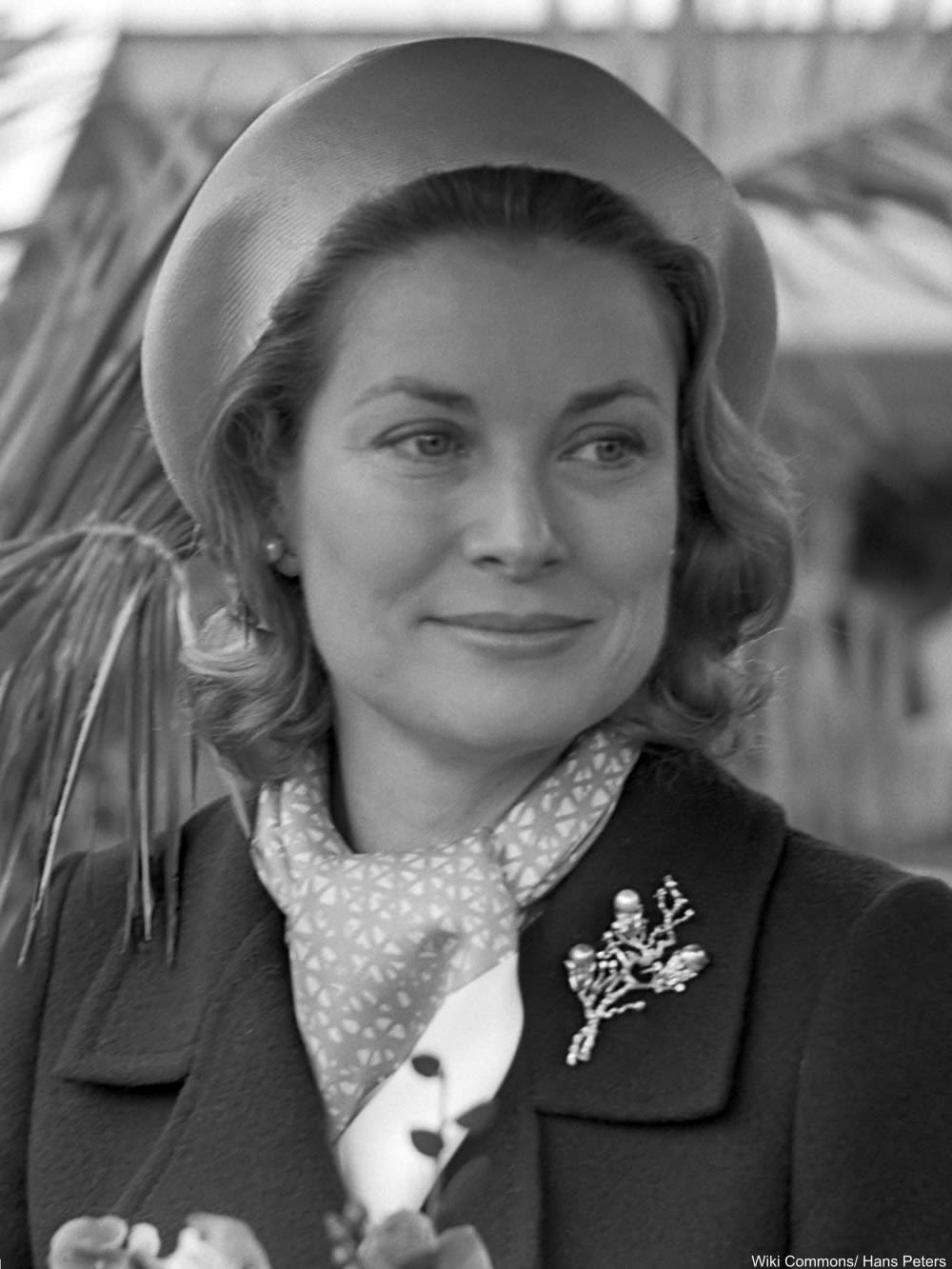 As it turns out, the former actress was attending an event for the Catholic Office of Drug Education and had invited Grey as a guest. Sadly, he declined. 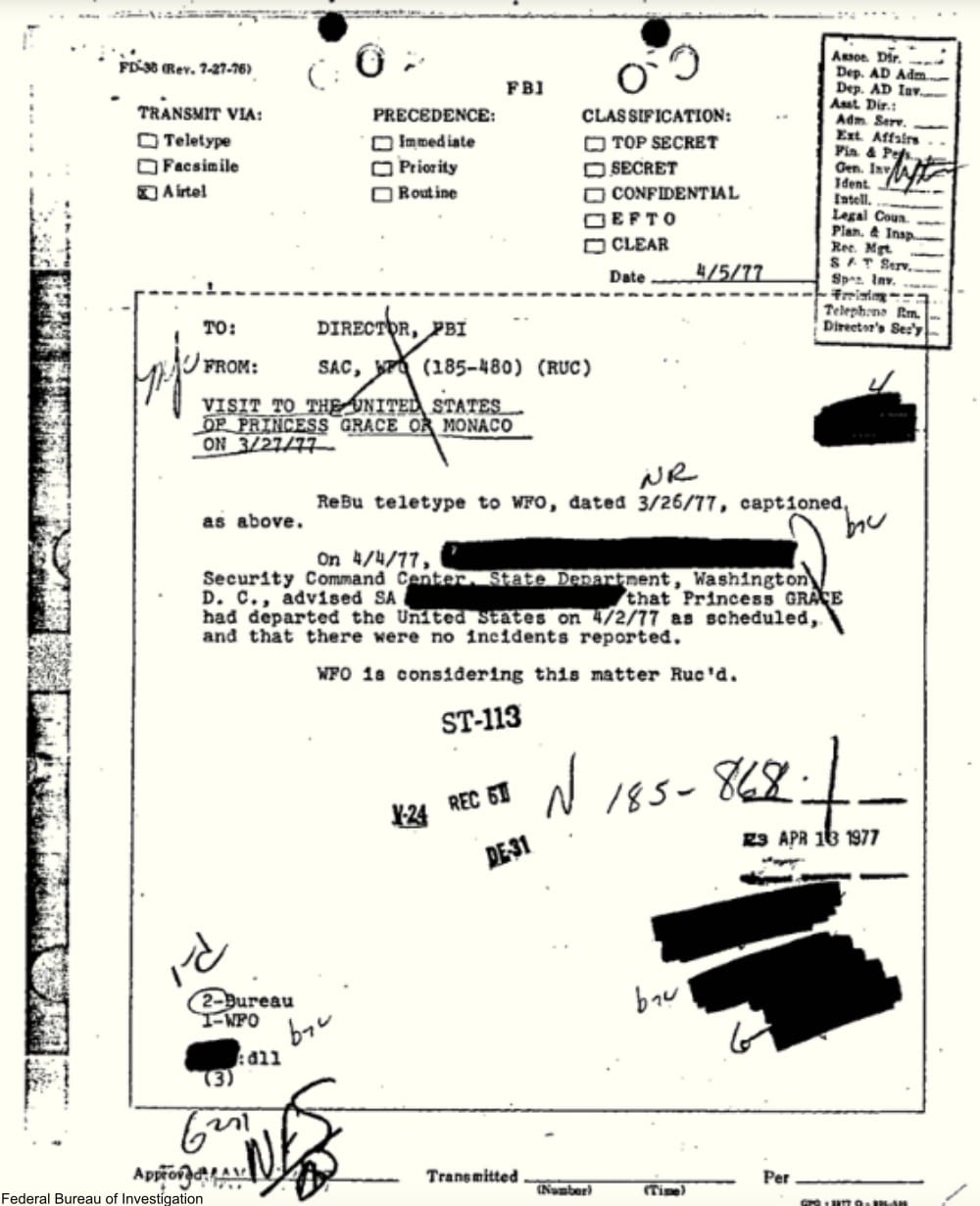 Marilyn Monroe’s FBI files are quite long and she was researched by the FBI for various affiliations overs the years. Her favorite photographer, Milton Greene, as well as her third husband, Arthur Miller, were suspected of Communist affiliations. In addition she was supposedly in contact with various American Communists on a trip to Mexico in 1962. 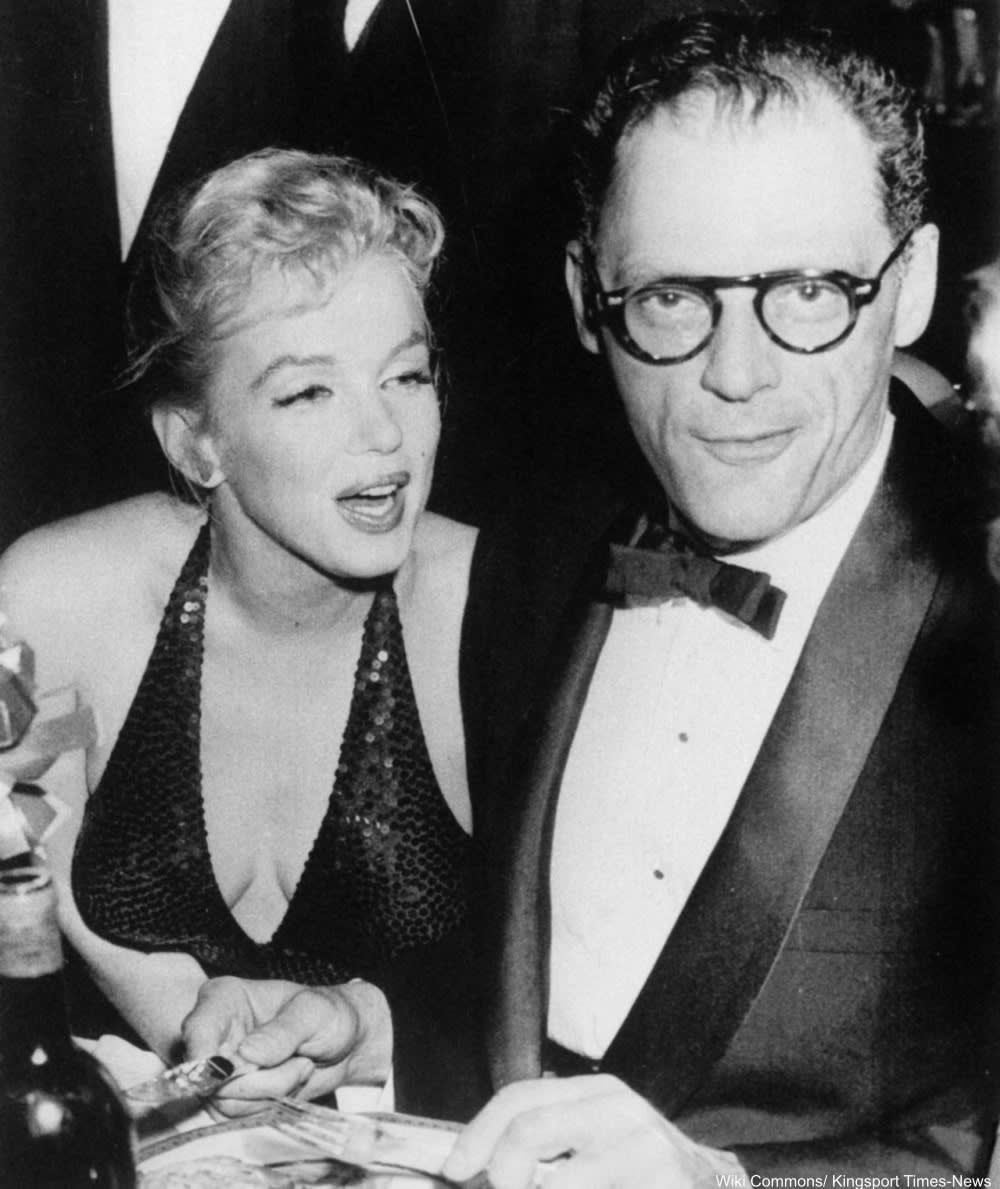 Of particular interest was a radio Broadcast by Walter Winchell in which he said that: “America’s best known blonde moving picture star is now the darling of the left-wing intelligensia, several of whom are listed as red fronters. I do not think she realizes it.”

In her file are also what the FBI believed were false rumors about her relationship with Robert Kennedy. Furthermore, there is discussion of an adult film of Monroe and an undisclosed man of which there was supposedly only one copy. 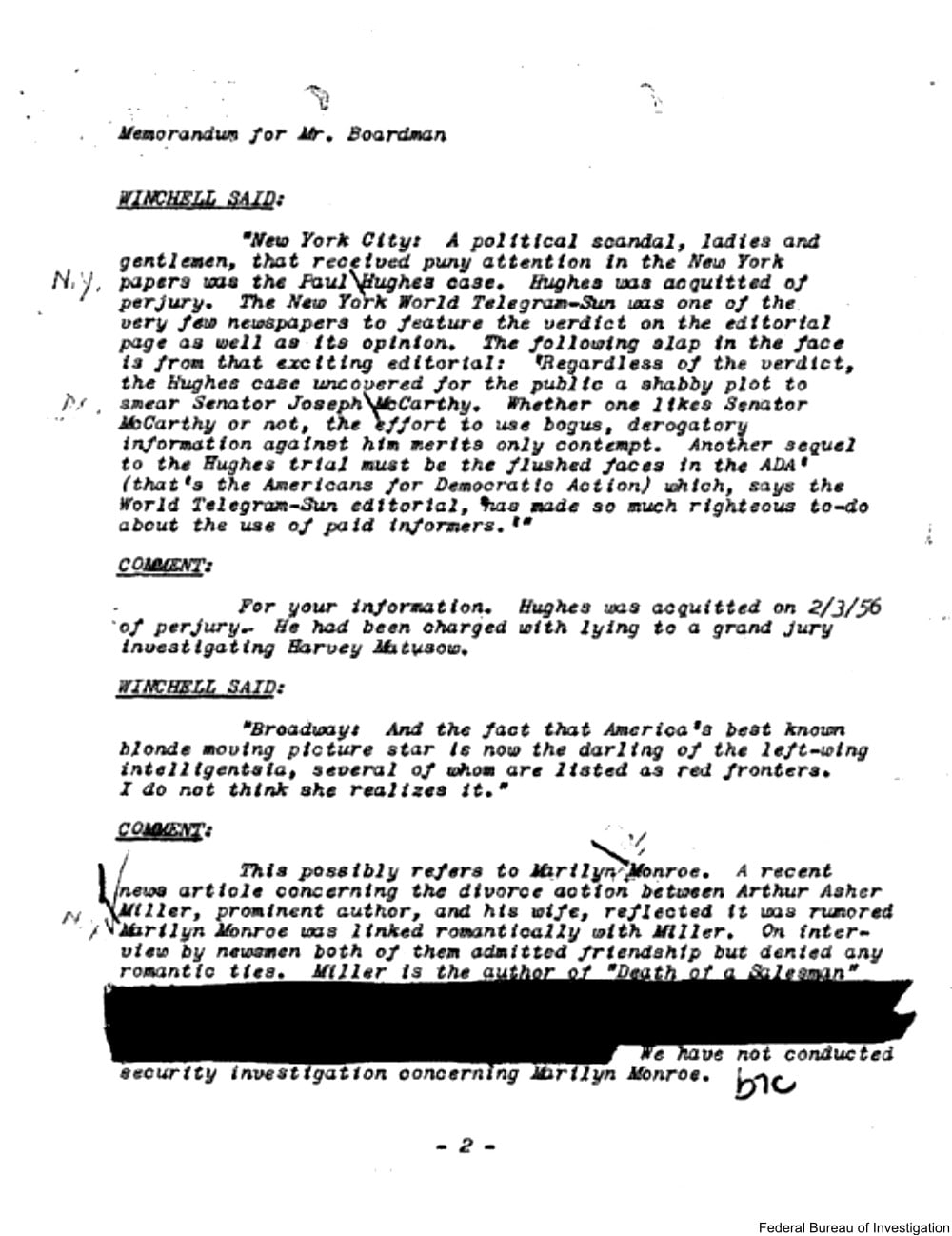 As one of the world’s most famous performers even today, at the height of his fame Elvis Presley had to contend with a variety of problems that only come from being famous. One incident in 1968 listed in his file involved telephone fraud when a person called his aunt and uncle claiming that Elvis had been killed in an airplane accident. Another incident in 1964 named Presley as “next on my list” from an anonymous and ominous postcard. Similar threats are numerous in the files, but one thing stands out: the U.S. Army described Elvis as a “first-rate soldier who and caused the Army no trouble during his service.” 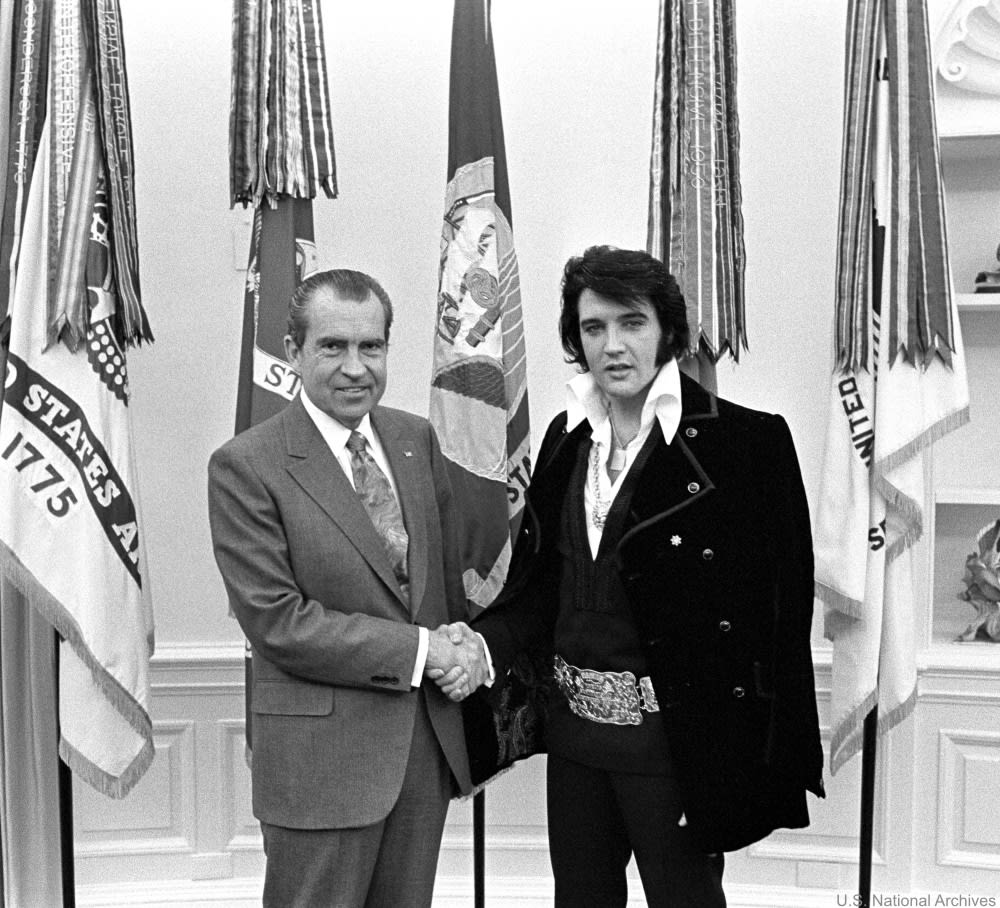 The files also included background and arrest details on the fugitives responsible for committing fraud, attempting extortion, and threatening The King. There are some who have speculated that Elvis faked his death in order to avoid the all the threats to him and his family which came after he was given a custom badge for the Bureau of Narcotics and Dangerous Drugs, the precursor to the current DEA. 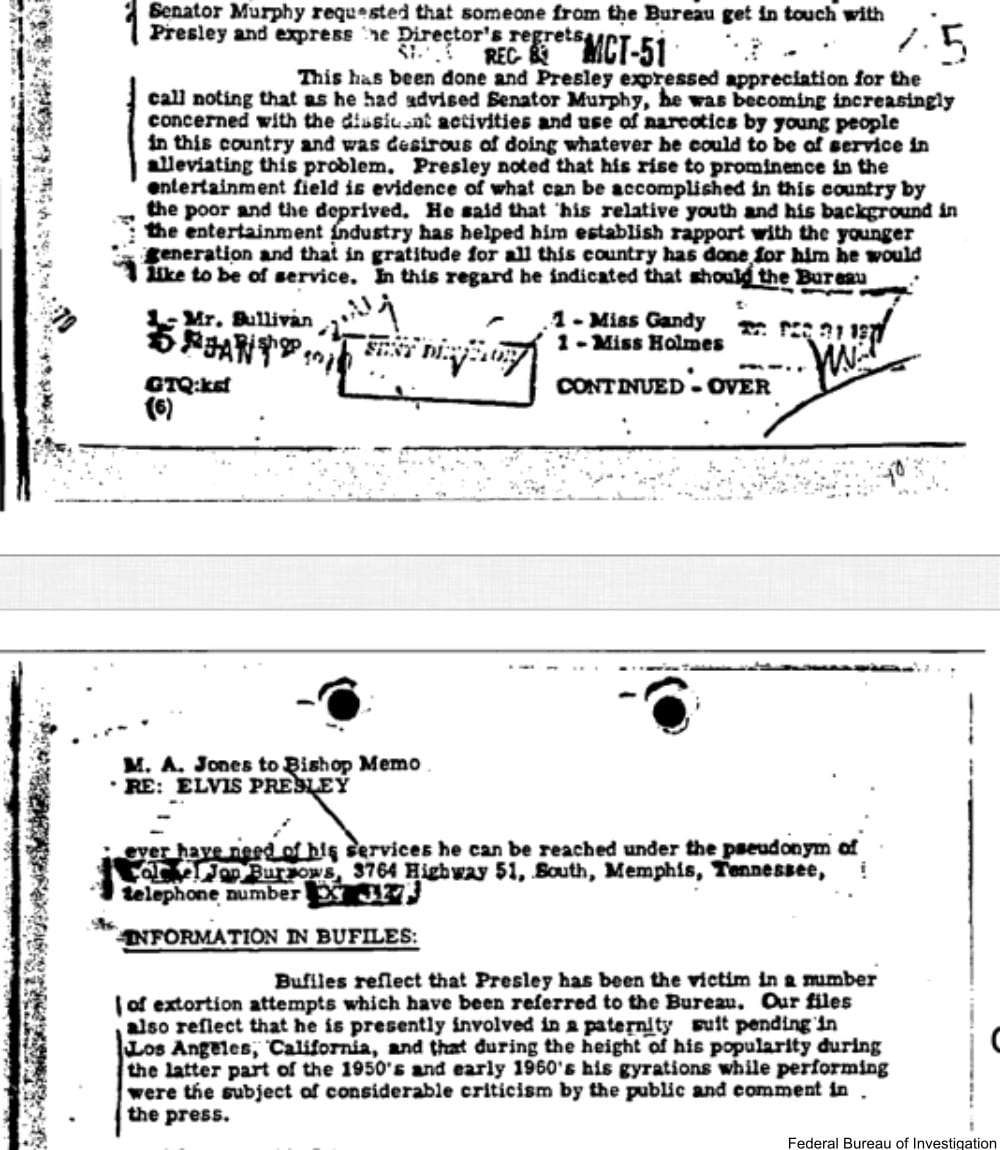 While most reports on the meeting with Nixon which bore this badge as fruit, the FBI files reveal that Presley wanted badly to be involved in catching bad guys. According to the files, “should the Bureau ever have need of his services he can be reached under the pseudonym of Colonel John Burrows.” Interesting stuff!

Find out all about Lucille Ball's FBI file here: Click “Next Page” below!