A History of the Iconic Bullet Bra

Bullet bras today are a symbol of the 1950s. With the suggestive silhouette they lend, these pointy bras became iconic. However, such provocative undergarments also flew in the face of the wholesome good girl persona that really was the norm more often than not back then. So, how did these cones bras ever become so popular? 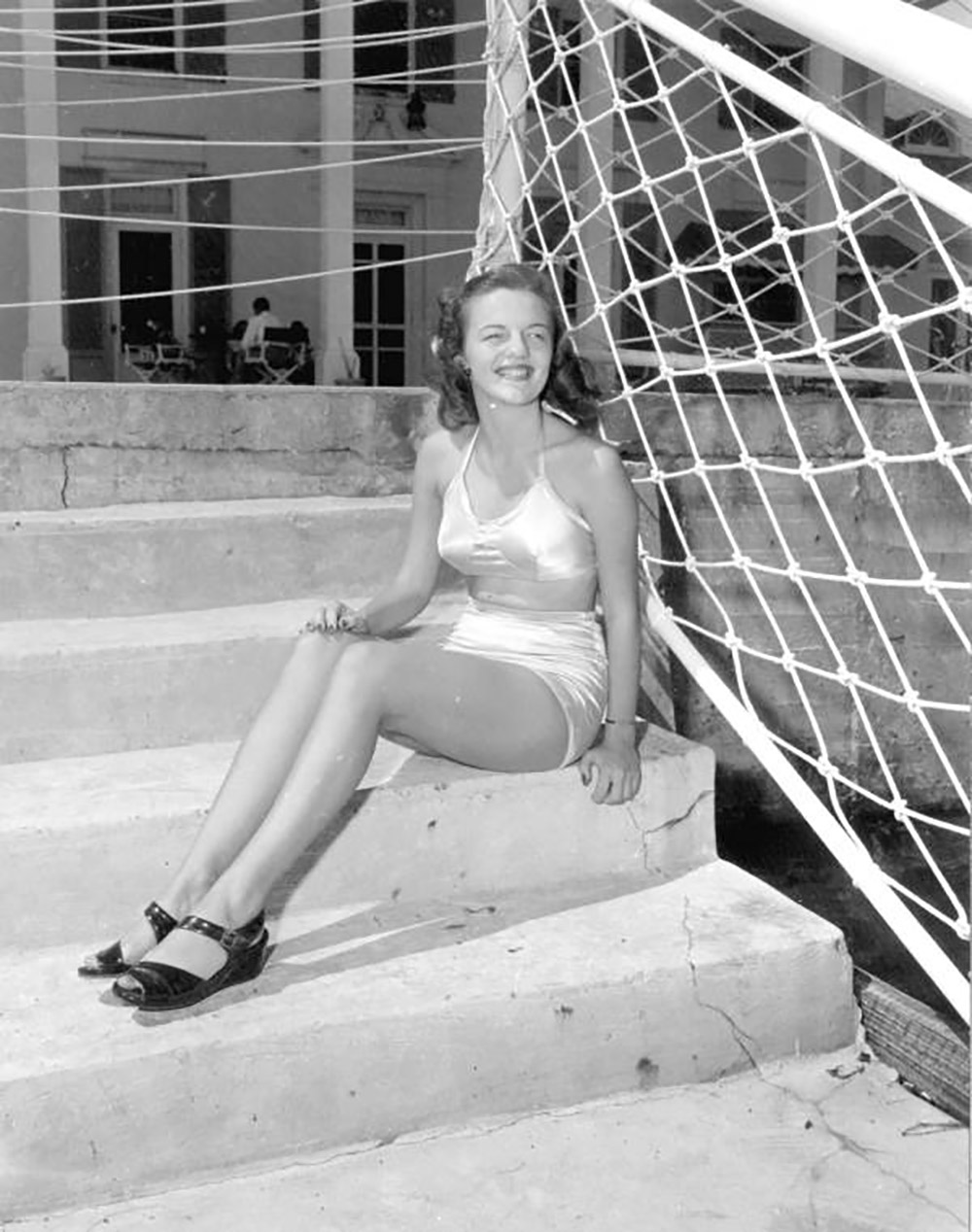 Swimsuit model in 1946 showing that the pointed cups were already en vogue. Via/ State Archives of Florida

The first brassieres date back to the 1910s and 1920s, although they would not become wardrobe staples for women until after the slinky (and very feminine) bias-cut gowns of the 1930s finally pushed corsets out of popularity. This trend gave rise to both the bra and the supportive slip.

In previous eras both the the bra and the slip would have provided modesty and warmth, but did little to shape or support the chest. 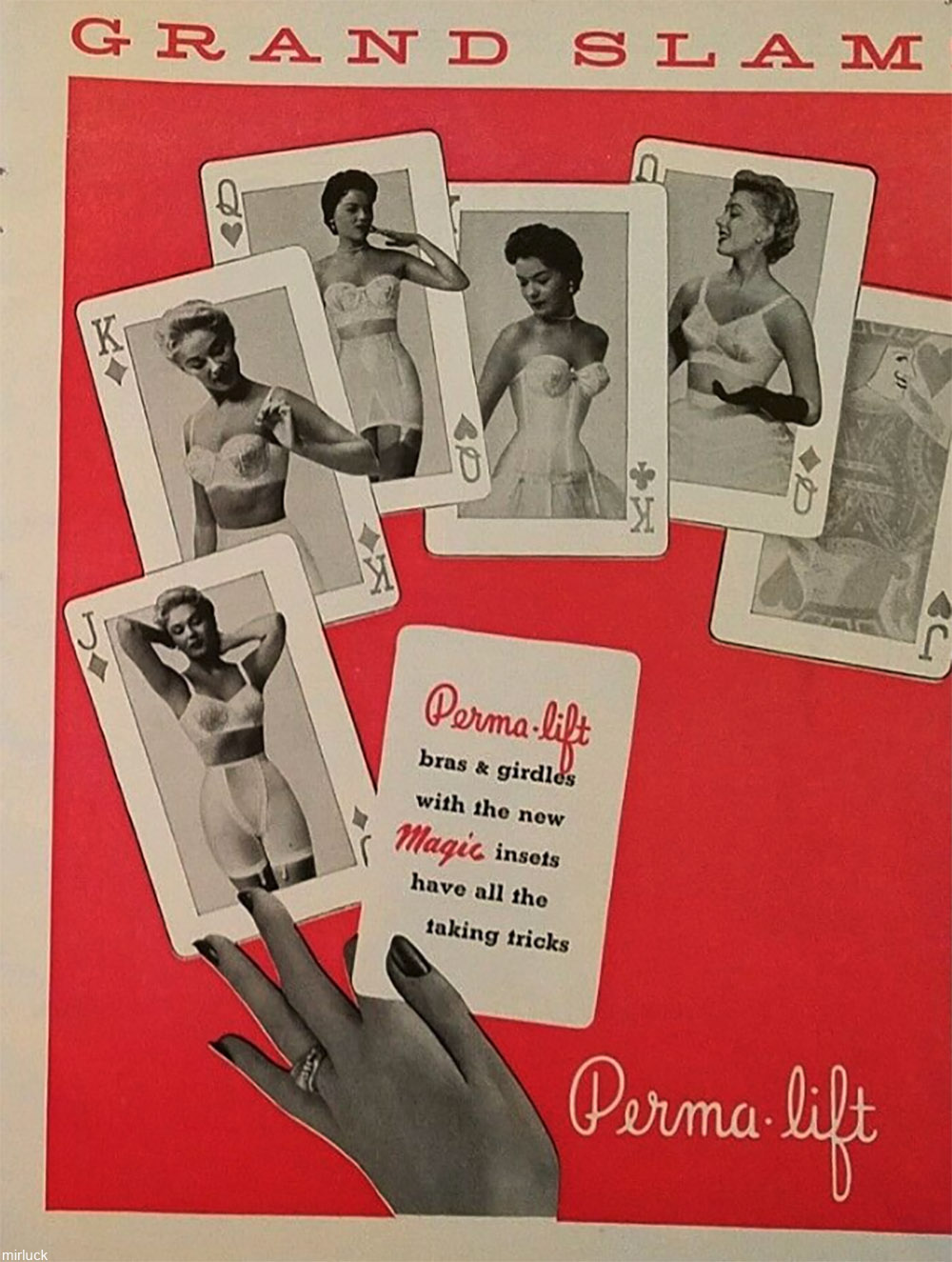 The first bullet bra was released in 1941 under the Perma-Lift brand. Ads for the new style of bras captivated customers with promises of supreme comfort and support all in one. The Perma-Lift was made without underwires- only stitching forced the cups to keep their shape.

The shape of the bra cups were conical, but since it was wartime, the terms “bullet bra” and “torpedo bra” both stuck around. Just like the new hairstyle was called Victory rolls, so the newest bra was given a name that reflected the times.

The 1940s was a decade torn apart by World War II, but the war also gave rise to a whole new culture of glamor. As had been the case in the 1930s when folks were seeking solace from the woes of the Great Depression by going to the movies, films were highly influential in the 1940s as well. 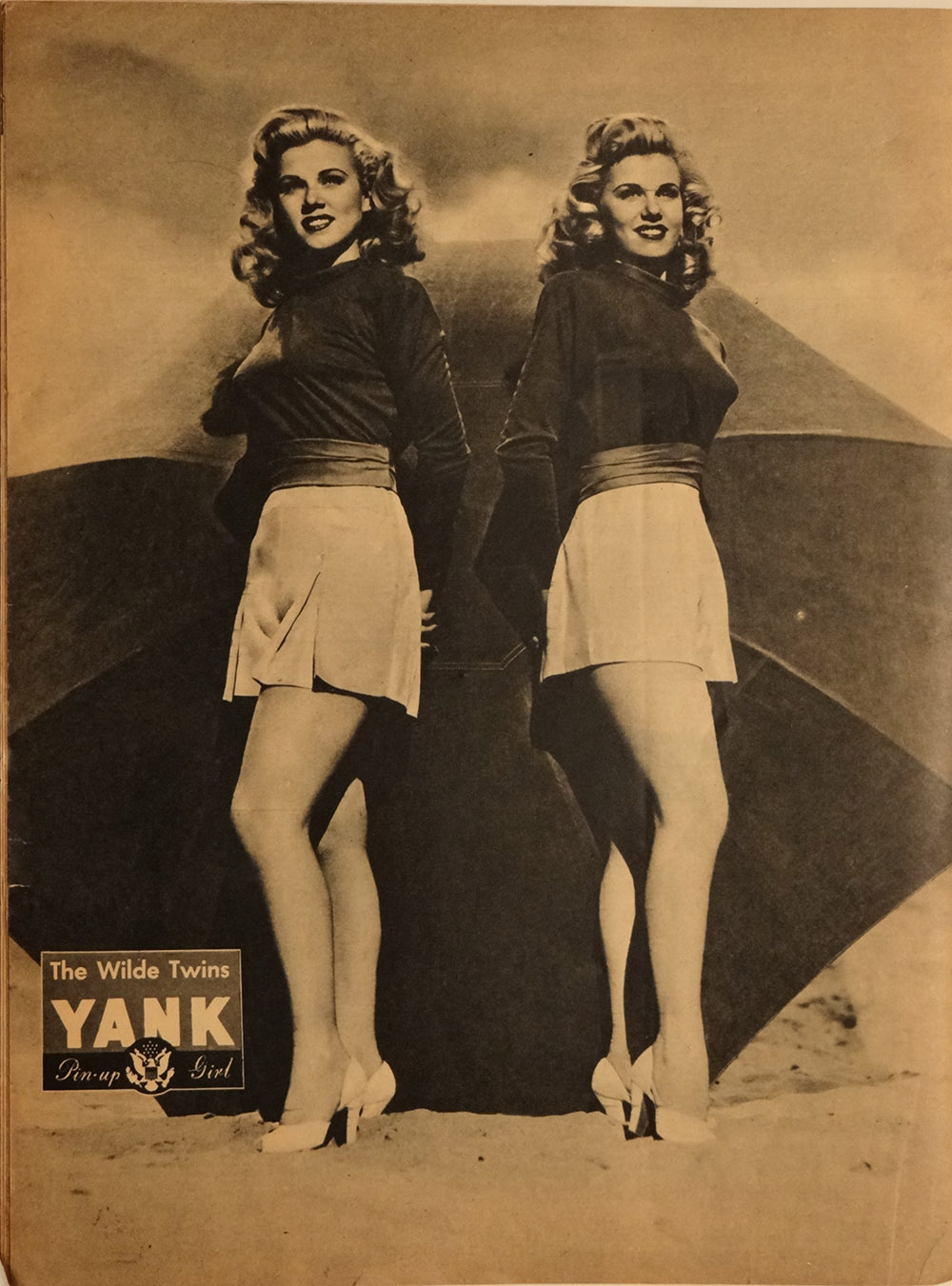 The Wilde Twins as pin-ups in a 1945 issue of Yank magazine. Via/ Wiki Commons

Famous actresses and models also became pin-up girls, something which was considered a helpful to boost the morale of the millions of American men sent to fight in the Pacific and European theaters of war.

When actresses began to wear the new cone bras, the trend became very popular as everyday women wanted to emulate the stars in all their glory. But, there was a downside to having such pointy breasts. Some people did find the trend to wearing tight sweaters and accentuated bustlines to be a sign of the decaying morality of the post-war era. However, the term “sweater girls” had actually been christened in 1937 for Lana Turner for her role in the film, They Won’t Forget. In that movie Turner wasn’t wearing a bullet bra, but she was wearing a very tight sweater. 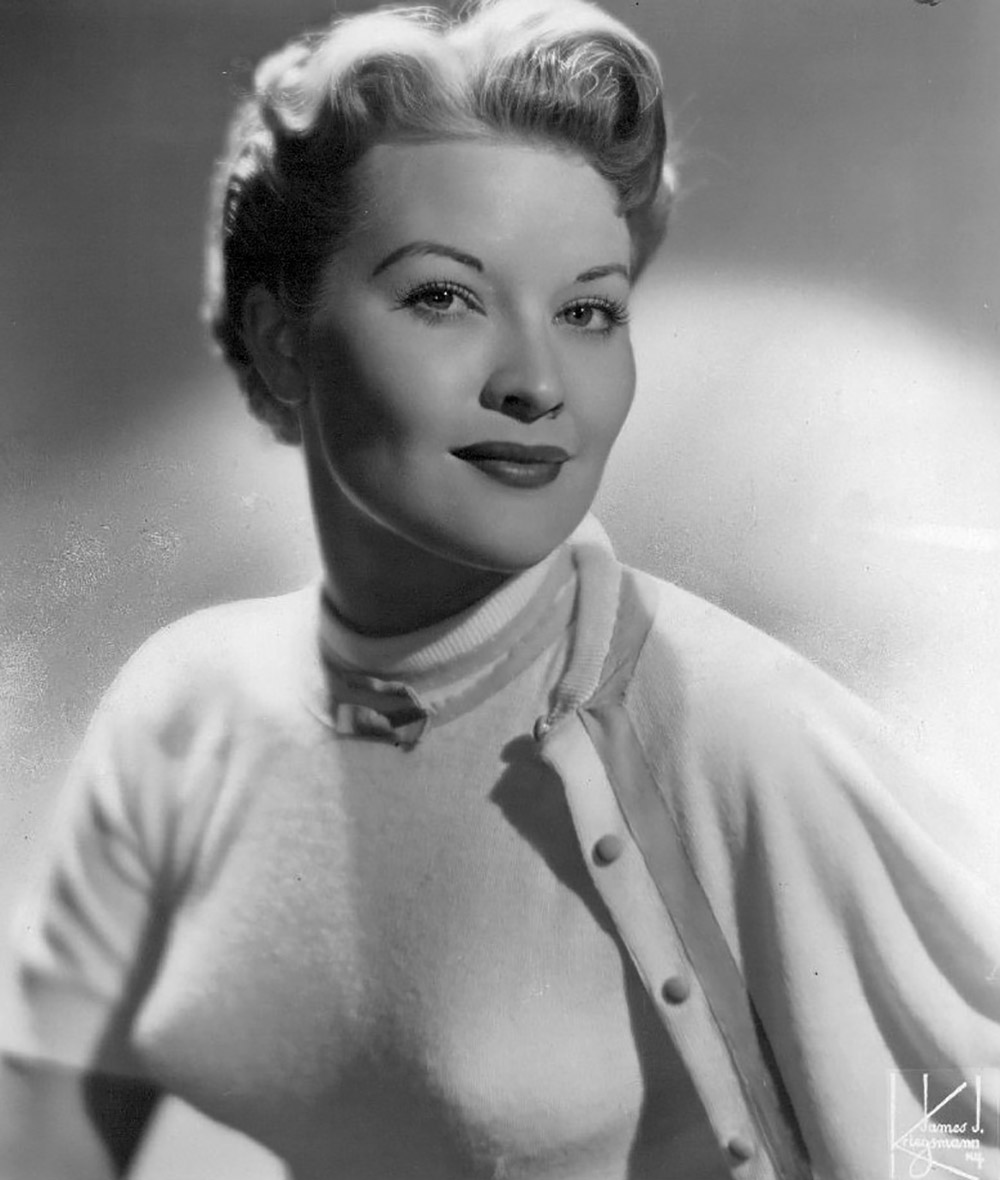 Soon starlets were wearing bullet bras and tight sweaters in combination, which only cemented the sweater girl in popular culture. Regardless of the bad reputation of the sweater girl, the bullet bra had made its way into the dressers of most young women. 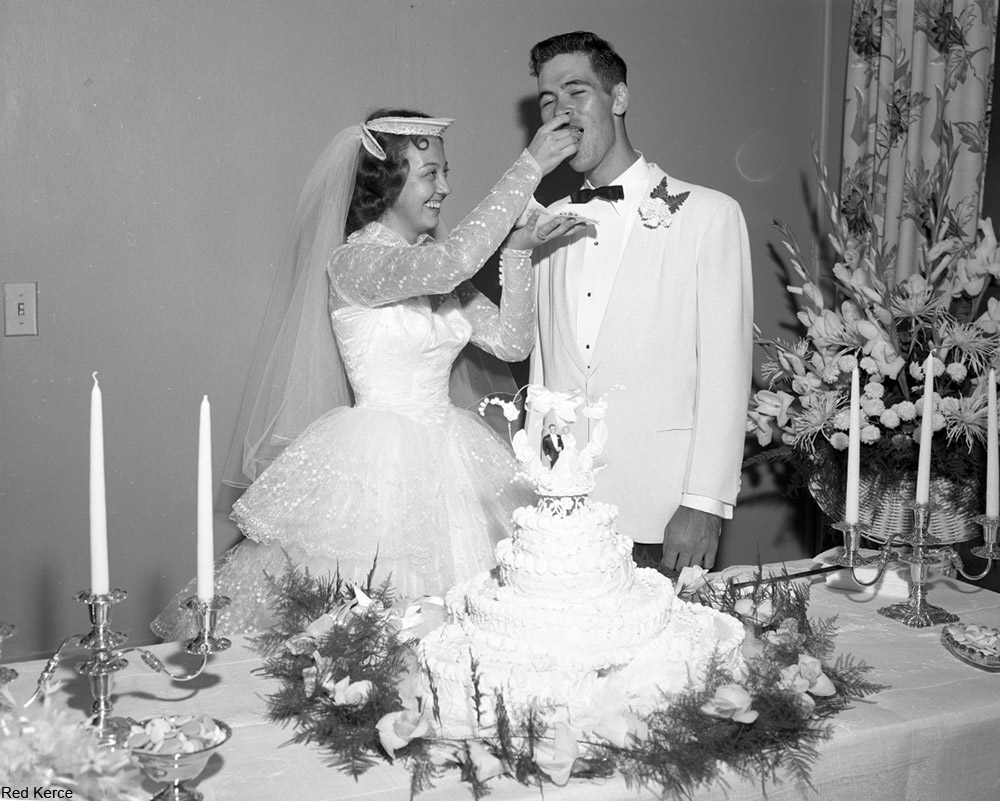 With the rise in plastics and synthetic fibers in the early 20th century, it was only a matter of time before those novel materials were applied to bras to make them more elastic and supportive at the same time.

By the 1950s the shape of many bullets bras had become extremely exaggerated, which necessitated pads (or falsies) to keep the cone cups from looking deflated when being worn.

Well into the 1960s the bullet bra was still going strong, as was the original Perma-Lift. However, by the late 1960s and early 1970s a more natural silhouette had come into fashion and soft cup bras were selling more readily (and they were more comfortable, too).

Madonna brought the bullet bra back into popular culture with the Jean Paul Gaultier-designed costumes she wore for her Blonde Ambition tour in 1990.

There a few old school makers of bullet bras still churning out these bras today. There is a whole new crop of cone bra makers for people who love vintage silhouettes, although this is admittedly a niche market in the post-Wonderbra era. 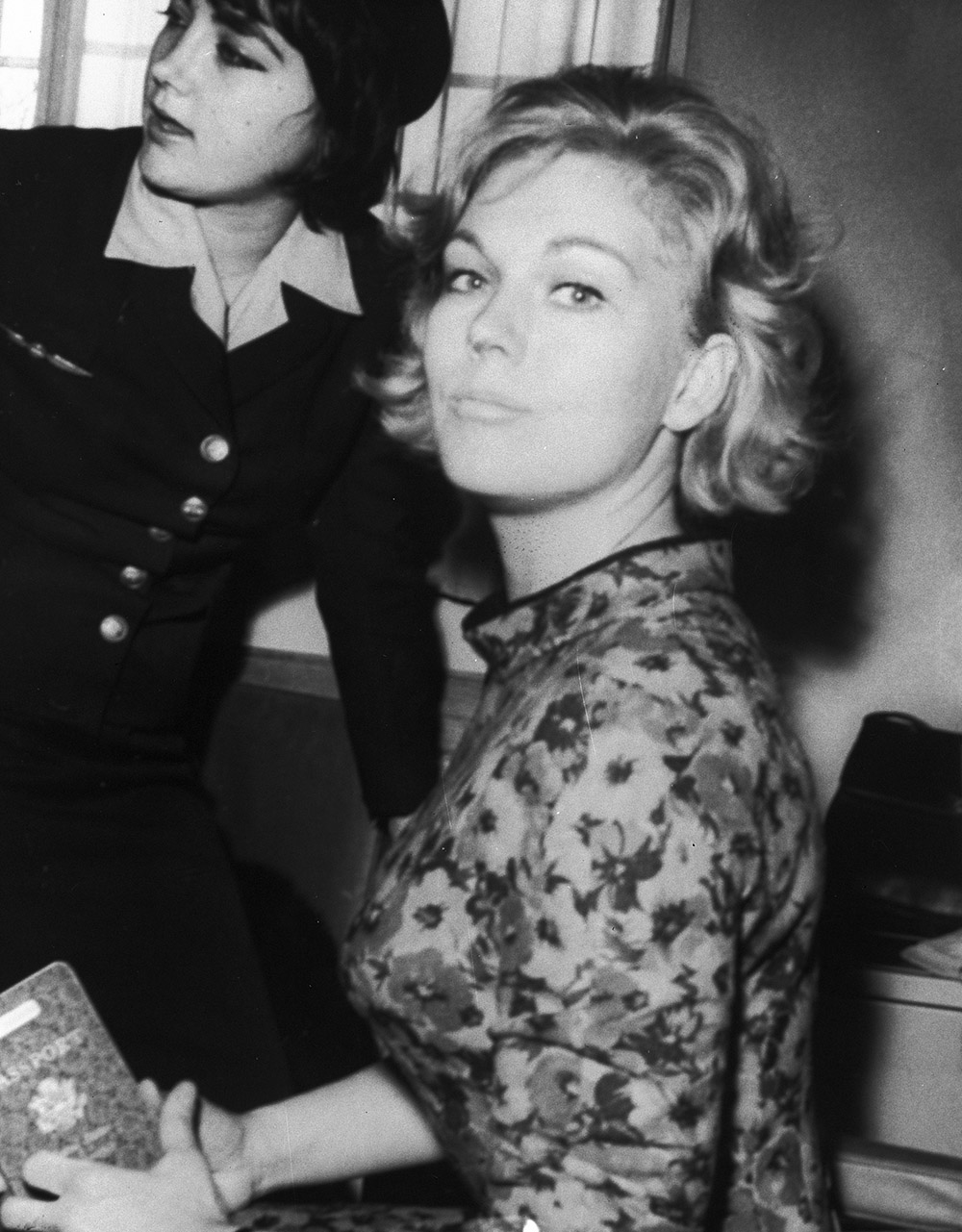 Kim Novak in 1962. Via/ Nationaal Archeif

Whether you loved or hated cone bras, there’s no denying that they are a huge part of fashion history, one we’re not likely to forget anytime soon thanks to the likes of actresses like Lana Turner, Marilyn Monroe, and Kim Novak.