A Cheap Shipping Alternative In The Early 1900s, These Benson Log Rafts Are Incredible!

In 1906, a lumber baron by the name of Simon Benson needed an efficient way to transport his product from the Northwest down to San Diego. Instead of relying on the expensive methods available at the time, he decided to get a little creative; thus, the Benson Lumber Raft was born. 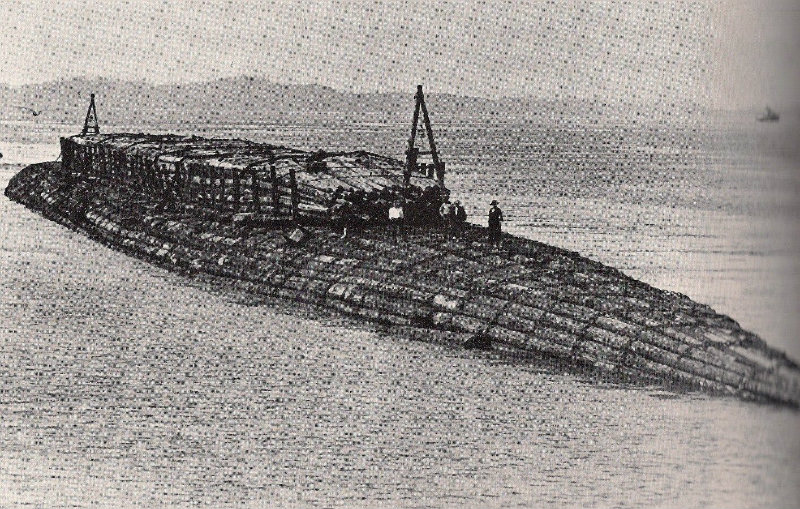 These lumber rafts were really quite impressive. Somewhat resembling the shape of a cigar, the ships consisted of a cradle of wood as a temporary base, with logs placed over it and held together by chains. Construction usually lasted 4 to 6 weeks and used more than 250 tons of chain! Most of the finished rafts measured out to about 700 feet long, 55 feet wide, and 35 feet tall. 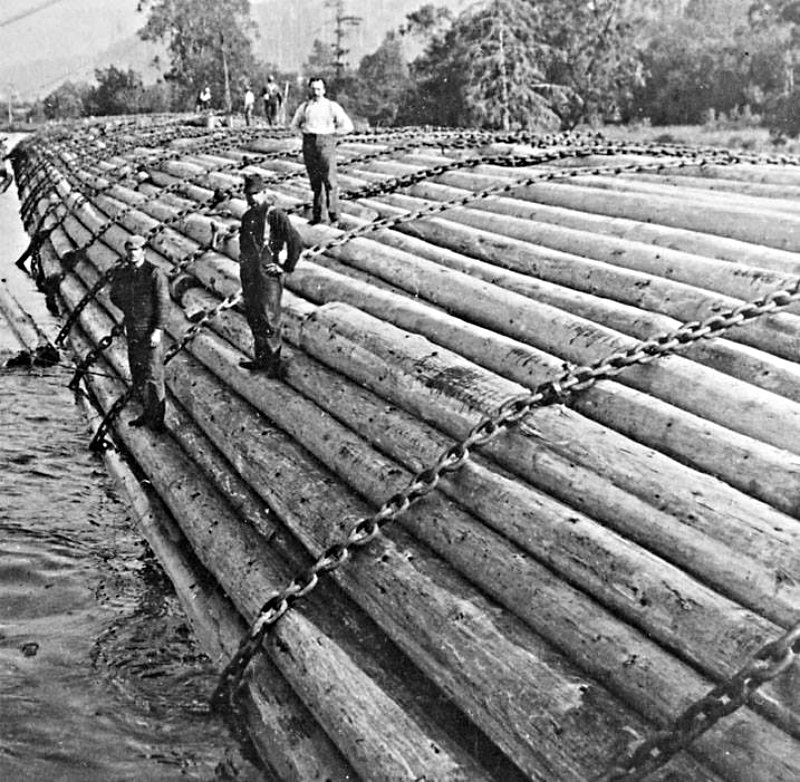 Most of these rafts were then loaded with up with as much as 8,000,000 board feet of logs. They would leave the outlet of the Columbia River and travel around 1100 miles to San Diego, where the logs were then processed and sawn into lumber by Benson’s logging company. Of course, these giant rafts could not steer or propel themselves, so tug boats were used to complete the trip. 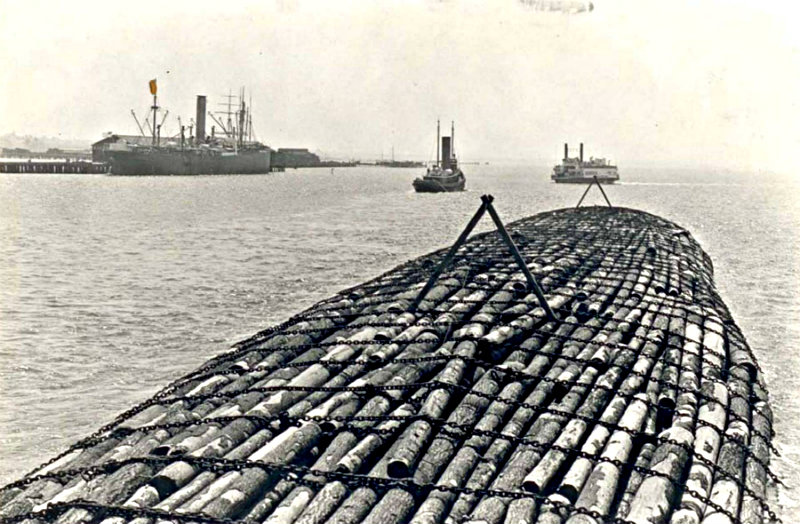 Allegedly, building and construction in Southern California doubled in just four years following the arrival of the cheap lumber being delivered by the Benson rafts. 120 of these rafts were created and used: four of which were lost due to fire or storms, with the last trip taking place in 1941.