The Beatles Give A Hilarious And Charming Interview During Their First Trip To America!

On February 7th, 1964, four shaggy-haired musicians from Liverpool, England, boarded a plane in London, headed for New York City. At the time John, Paul, George, and Ringo knew that “a couple of the records had done well in the States…” They had no idea, however, what awaited them on that Friday in February. When their flight landed at around 1:30 PM at JFK International Airport, the music culture of America was changed forever: Beatlemania had finally arrived in the States. 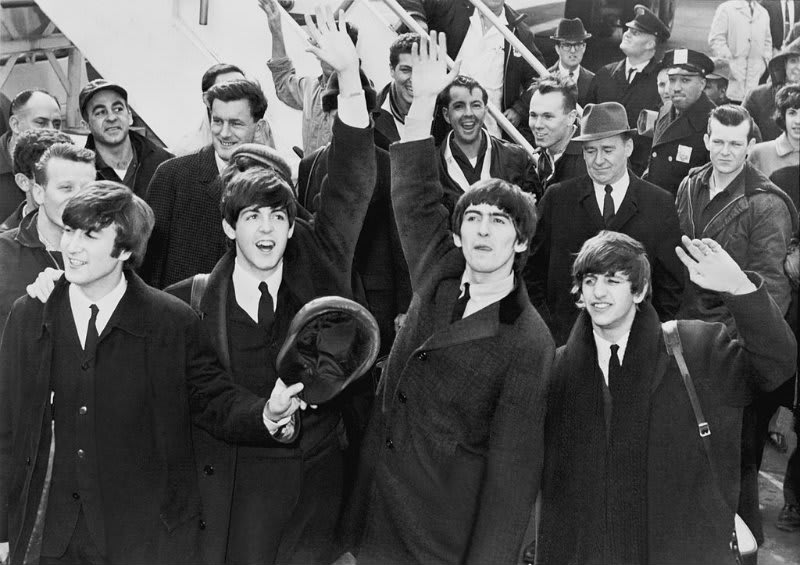 Marvin Scott, a senior correspondent for PIX11 News, was one of the 200 members of the media at the airport that day. “Fifty years later, I can still hear their screams ringing in my ears. They were electrifying,” he said, of the thousands of fans eagerly awaiting the Beatles’ arrival.

Of course, the guys were excited too. Ringo Starr described the moment: “On the airplane, I FELT New York. It was like an octopus grabbing the plane… I could feel like tentacles coming up to the plane it was so exciting.”

After they made their way across the tarmac, the Beatles held their first press conference on American soil. With their legendary wit and charm on display, they playfully answered the questions lobbed at them by the press. Check out the Q&A in the video below, or get the full-transcript of it here, and let us know: Did you get caught up in Beatlemania? If so, what was your favorite song?