This WWII Weapon and Homemade Horn Share a Name- But Why?

We all remember chewing Bazooka Joe bubble gum, but how many of us have thought about where the name comes from? The bazooka has a fascinating history of development and it became a symbol of the combat of World War II based on the wide-spread usage of this portable weapon. 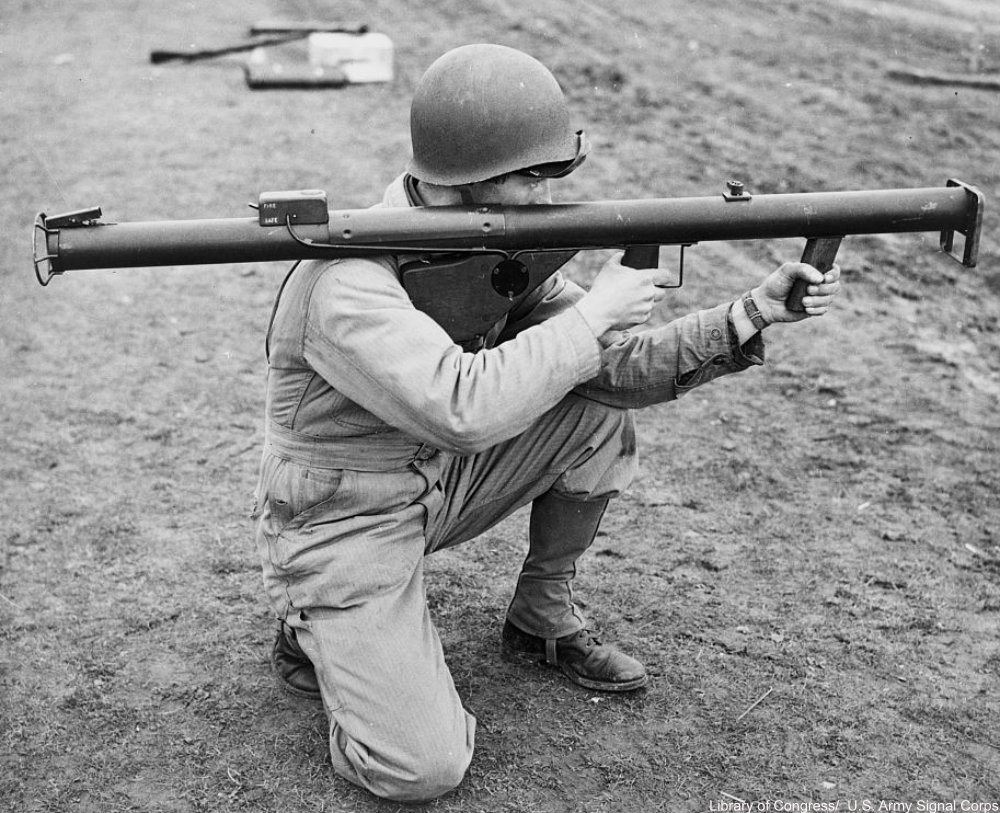 Invented in 1942 by Edward G. Uhl and Leslie Skinner, this weapon improved upon earlier devices for the same use in that there was no recoil or aftermath for the person using the weapon. This problem was a real stumper for many years because the rockets and grenades used at the time were far too heavy to be thrown by hand and far too dangerous to be placed manually near targets. Using a metal tube to launch these rockets was ideal, as it allowed for the build-up of speed and the correct aiming. The need to disable enemy tanks from afar was very real during the war due to a lack of anti-tank artillery. And bazookas with their rockets were well-suited to fill just that need.

An incredible 440,000 American bazookas were in use during World War II, and many thousands more German and Japanese versions came into use after some of the U.S. Army’s bazookas were captured in North Africa and in Europe and then copied. 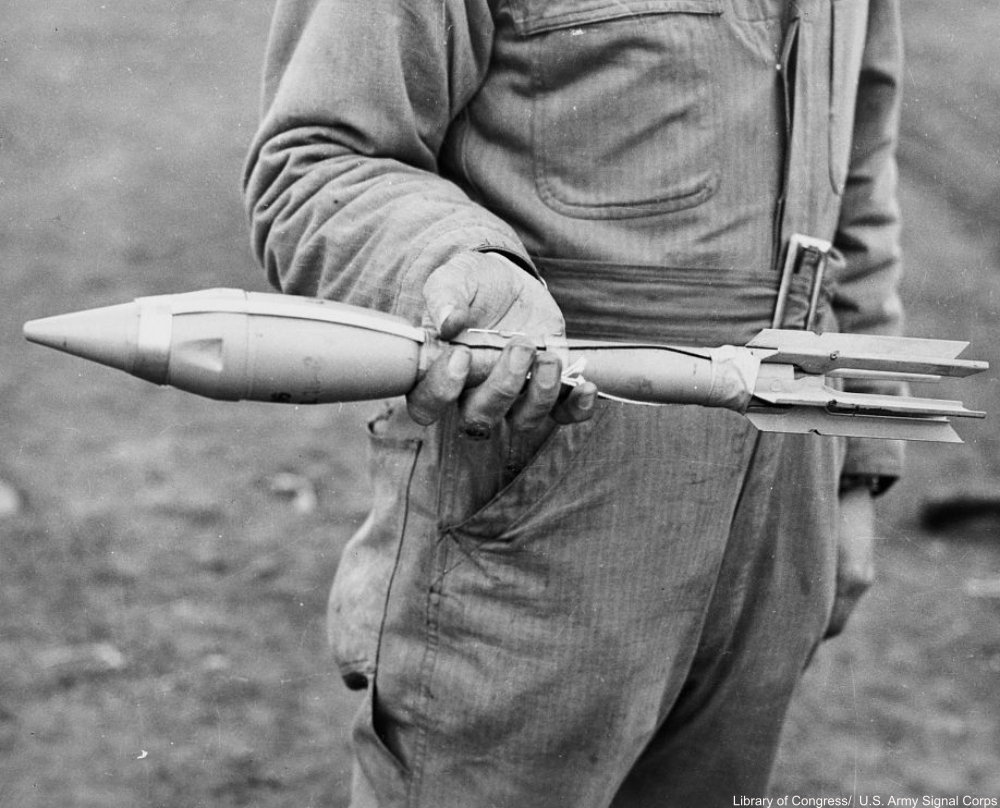 Rocket to be launched by a bazooka. Via/ Library of Congress

Uhl recalled later having been inspired while passing by a scrap heap and a long metal tube laying there unused. Originally known as the Rocket-Powered Recoil-less Weapon, for a time they were colloquially known as stovepipes. But, eventually they became known as bazookas after the homemade musical instrument made famous by Bob Burns in the ’30s, which was made from two pipes and a whiskey funnel.

We may never know who exactly first began calling the launchers bazookas, but the name caught on quickly, due to the popularity of Burns’ comedy and music. But, where did Burns get the idea from? The name is thought to have come from the local Arkansas phrase (where Burns was from) of a loud-mouthed person “blowing their bazoo.”

Have a look at Burns in action playing this wonderfully wacky horn from the 1936 film Rhythm on the Range.