Archiving My Mothers Things. Back When it was Either Me or the Woodchuck

Archiving My Mothers Things. Back When it was Either Me or the Woodchuck 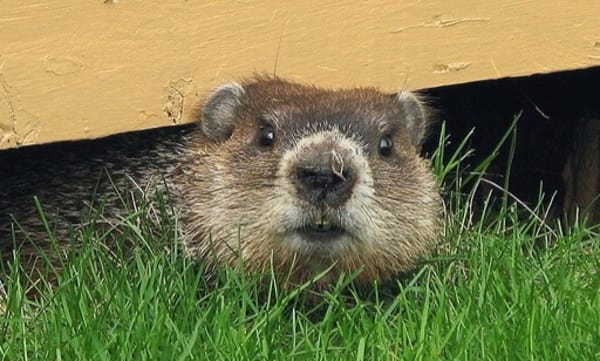 It was going to be either me or that woodchuck…and the snake and the mice and the mud-dabbers and the wasps and the spiders and the all the other bugs…It was me or them.

We’ve all been there. It’s that time when we’re cleaning out a place where a parent or other relative has stored things.

This is Nancy with Dusty Old Thing and I’ve been writing a series on “Archiving My Mother’s Things”. It’s about facing the things we’ve inherited and properly organizing them for safe storage, and documenting them along the way. If you’ve read the previous articles you may have thought I’ve been organized about it. It just looks that way now. 15 years ago it was a different story.

My mother left the countryside in Kentucky after college, married and settled down in Ohio. She worked for the Air Force at Wright Patterson AFB. She was organized. Everything in our house stayed clean. After my Dad died and she retired, she wanted to go home again. She had inherited my grandparent’s home. She packed up and moved back, back to a large house already filled with furniture and “things”. Her bachelor brother, a farmer, lived there, too. He took care of it. He fixed the roof and kept the critters at bay and spun the stories.

My mother, being a good organizer, made lists of everything in every box she moved to the country. She also recorded, on a master inventory list, where each box was stored: the storage room, the basement or the smokehouse. If you remember the list from yesterday’s articleon where NOT to store things, the basement is one of those. It should also include the smokehouse. 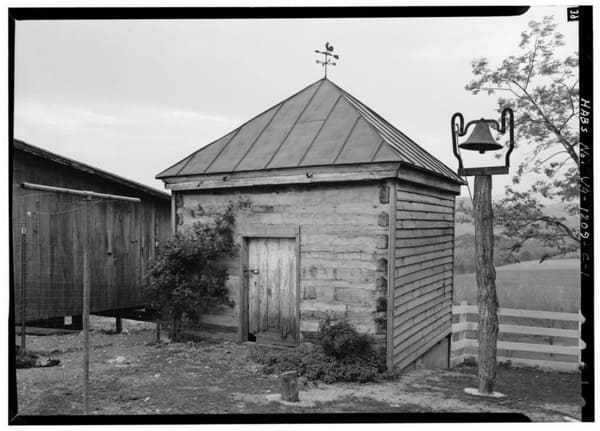 The photo above is of a classic log smokehouse. It wasn’t ours, but the feeling is the same. There used to be the dinner bell right outside it, too, and the clothesline and the plank fence.

My grandparents used to kill their own hogs and hang country hams and bacon in the smokehouse. It smelled fantastic. Under it was a brick pit for the fire. It was reached by a trap door and wooden ladder. I was never allowed down there as a child. 35 years ago my mother stacked boxes of her treasures in the smokehouse: dishes, cut glass, carnival glass, every weird dish created in the ’50’s, some of my toys, Christmas decorations. She locked the smokehouse door and we rarely went inside.

A few years before she became ill she called me to drive down and “go through her things”. She wanted to throw things out, to organize, to see what was in those old boxes. Her brother, my uncle, had died a short time before. Fixes to the house were now hired out. The big Tom cat, Kittycat, had died, too. He had been a good mouser and snake-fighter.

We started “going through the things” in the storage room. It was air conditioned. With each box my mother was delighted. She told the story of each object. Much of it was stuff I knew I’d never want, and I was the only child. We had a big box marked “To Sell”, another “To Give Away” and the last “Toss”. Things she wanted to keep went back in the original boxes. It didn’t take long to realize that most everything was staying where it was. But it was fun. I didn’t put any pressure on her to throw things away. She did allow some old bud vases to go to a florist friend, but that was about all. Then there was the basement where some of the boxes disintegrated from the moisture. More things were thrown in the “Toss” box due to rust and mildew. There was more than one set of mouse bones. I convinced her to let me take the rest of the boxes out of the basement. In moving them I found a snakeskin.

I knew there was a set of Homer Laughlin Eggshell Nautilus dishes that we still hadn’t uncovered. And I really wanted to find and use again the vintage Christmas decorations. I unlocked the smokehouse door. A snake dangled from one of the rafters and plopped to the floor. My mother said “Oh, he’s nothing, just a chicken snake.” He squirmed out a hole in the floor, a big hole in the floor that hadn’t been there before. My mother said some words I can’t print here, but it was basically “@#$&@#$ groundhog! If I had shotgun I’d shoot the #$%#@) thing!” My mother taught Sunday School most of her life; those were not the words she normally say. She also had never shot a gun as far as I knew. She did go on a tirade about the destructive potential of the American woodchuck.

Meanwhile we unpacked the boxes while keeping a lookout for that snake. Each box was filled with mouse “tracks” and bugs. Spiders were everywhere. Wasps flew with abandon. I wore work gloves, of course, and kept my hair tied up in a scarf. I also put on a surgical mask. Mouse droppings are dangerous.

I found the dishes, some incrusted with dirt-dabber nests. I carried them outside in the yard and hosed them down, then scrubbed them and rinsed with boiling water. The Christmas tinsel and icicles that we saved from year to year were beyond redemption. The old stoneware and jugs and wooden firkins and cheese boxes were all saved. The ancient iron cookware got washed and seasoned again.

As I finished up and was leaving, turning to lock the smokehouse door behind me, I saw him. The big fat ground hog. He was standing in the yard next to the lilac bushes. He just looked at me. I knew it was him who had gnawed that hole in the floor that let in that snake. I had the feeling it was him or me. He knew it too. He ran towards the smokehouse and under it. I had the feeling he’d win.

So, dear readers, when you follow the series on “Archiving My Mother’s Things” and think I’m organized please remember I’ve dealt with snakes and spiders and mouse poop….and a ravenous woodchuck.

Today the smokehouse is gone, torn down by the family who purchased my mothers home when I finally sold it a few years ago. When I drove past it last year, I saw a groundhog in the field between the house and the creek.

But we eat off those Homer Laughlin dishes. Every day. They have stories to tell.