Nowadays just about everybody has seen or heard of the telephone. From a home’s landline(s) to the pay phones on the street that used to be ubiquitous to the fact that there are more in-use cell phones in the world than there are people (more than 7 billion), it’s clear to see that telephones have firmlysolidified themselves into our every day lives. While we might be more familiar these days with a smart phone than with the brick-like home phones of decades past, we thought we’d take a step back to see the history of the telephone and its many iterations. 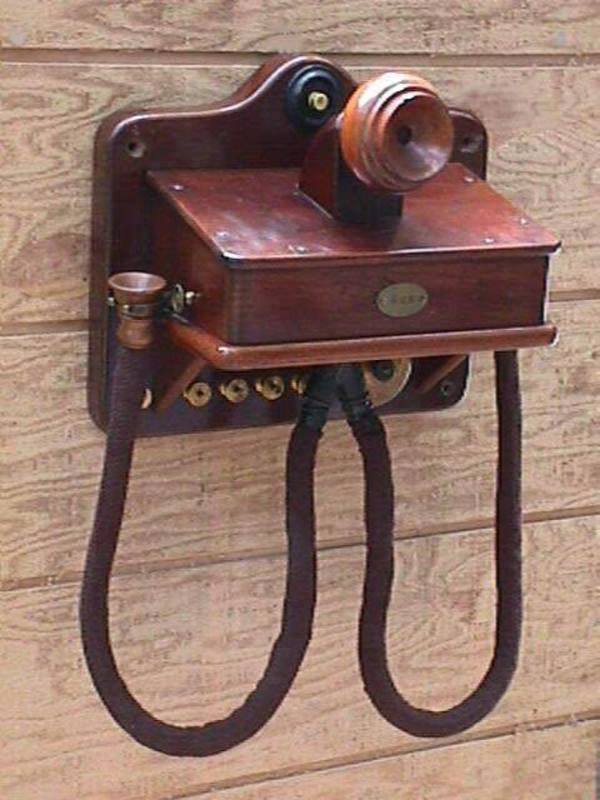 from: The Owl Report: “Probably couldn’t take any selfies…… 1880 Gower-Bell wall telephone found over at Dusty Old Thing; thanks for sharing!”

First and foremost, what do telephones actually do? (If you said, “perform magic,” we’re right there with you.) Telephones convert sounds, usually the human voice, into electronic signals that are then transmitted across long distances and replayed simultaneously. This requires two essential pieces (and later more): the microphone, or transmitter, and the earphone, or receiver. But first, let’s focus on the creation of the telephone

Philip Reiss is the first person credited with creating a device that converted sound into electronic signals that were then sent to and reproduced similarly on a different apparatus, in 1861. Because of this, Reiss actually coined the term “telephone,” which is Greek and literally means “far” or “distant” (tele) “voice” (phone). However, it wasn’t until the World Fair Centennial Exhibition of 1876, for which Alexander Graham Bell received the patent for a similar device, that the true telephone was born. From that point on, the use and popularity of telephones grew and became indispensable to businesses, households and society as we know it. 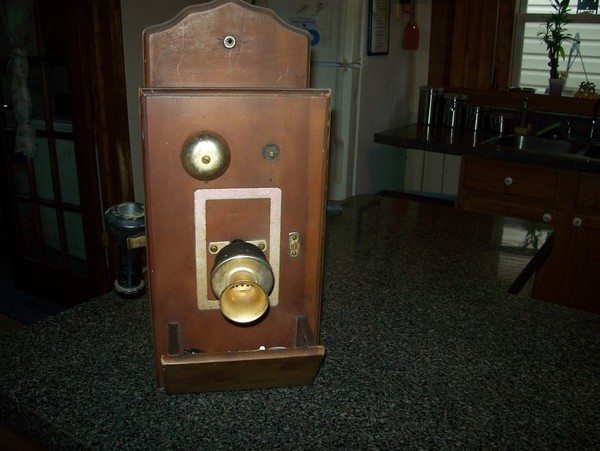 Wood Wall Telephone: The first of commercial telephones, these “coffin” telephones resembled box cameras and attached to the wall. They didn’t have separate transmitters and receivers, and one had to hand-crank the generator to signal an operator’s attention to place a call.

Candlestick Telephone: An upright desk stand comprised of a base, stem, mouthpiece and receiver. Developed in the 1880s, this phone eventually had an adjustable-height mouthpiece (which could later be unscrewed and boiled for sanitary purposes).

Rotary Dial: Digits are arranged circularly and one spins the rotary to dial the phone number; when the dial is released, electronic pulses specific to each digit combine to create the full 10-digit phone number.

DTMF Dial: Dual-Tone Multi-Frequency signaling, a.k.a. Touch-Tone dialing, became popular after Bell System invented it in 1963. Still the system in use today, it uses auto frequencies to create signals that are transmittable via radio and microwave links, thus allowing for easier long-distance calls. 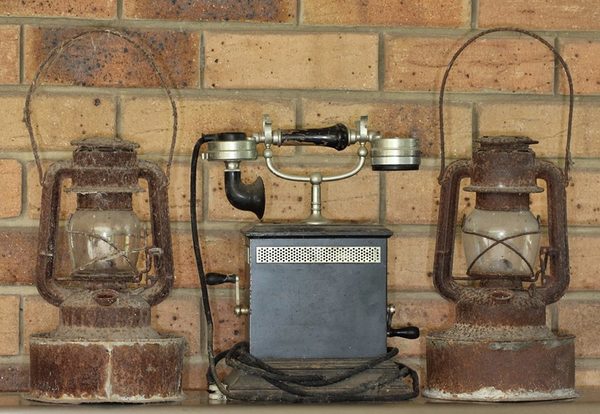 from: Jan Anderson: “A couple of really dusty and rusty old items.The phone is a Magneto Telephone and it is between a couple of old Kerosene Lamps.”

If you’re interested in starting or expanding a telephone collection, but would like some pointers before diving in, here are some keys points to keep in mind on your search…

Completeness: In terms of determining value, phones with original parts are worth more than those that have been updated. Since telephones were and continue to be so common, there were many upgrades that people could have chosen to use, making original phones harder to come by.

Condition: How does the phone actually look? Is it warped? Faded? Chipped? Cracked? Telephones that are in pristine condition are naturally worth more (and even better if they’re all original parts), so keep that in mind when estimating value!

Rarity/Scarcity: While there are an abundance of vintage and antique phones to choose from and search through, there are some models that were made as extremely limited editions, meaning they are worth more. Get familiar with different makes and models so you can identify which phones were mass-produced and which were more rare.

Cleaning: if you’ve recently acquired a plastic or Bakelite phone, some milk soap and warm water should do the trick (obviously avoid wires and circuiting), but if your phone is older, take it to a professional to get his or her opinion and help. 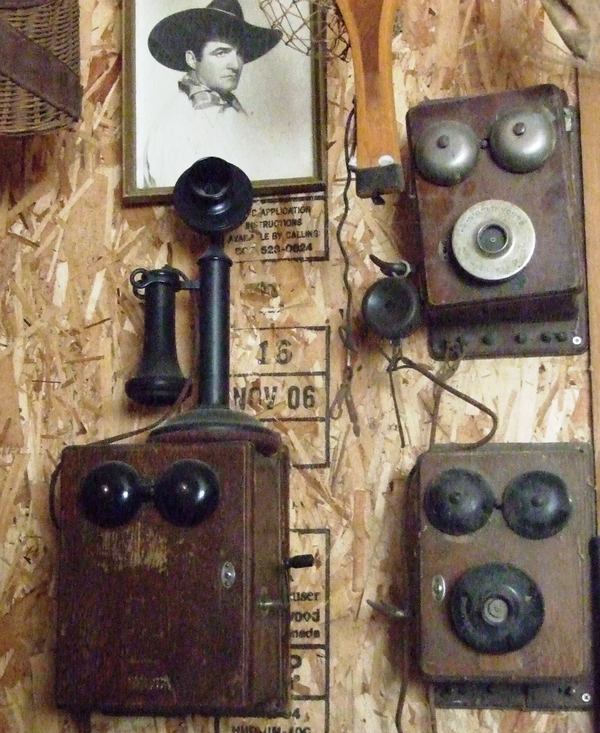 While it can be sometimes be tricky to establish what you’re looking for and how to go about finding it, it’s always good to do some general research and acquaint yourself with the basics. From there you’ll discover what really interests you and become more and more knowledgeable as you continue looking. We hope you’re able to take something away from this article and wish you luckhappy hunting!