Antique Spotlight: Nothing Is More Relaxing Than Sitting In A Rocking Chair!

The rocking chair is such a unique piece of furniture; it’s soothing to sit in, and a quality rocker tells a story about the time it was crafted and in what high regard the craftsmanship was held during that period. Well-made chairs are a functional piece of art that were made to be displayed prominently and with pride in the home. Nowadays, we’re so used to buying functional furniture that’s made to blend into the environment and take up less space, so it’s nice to look back at furniture that’s so special and timeless! 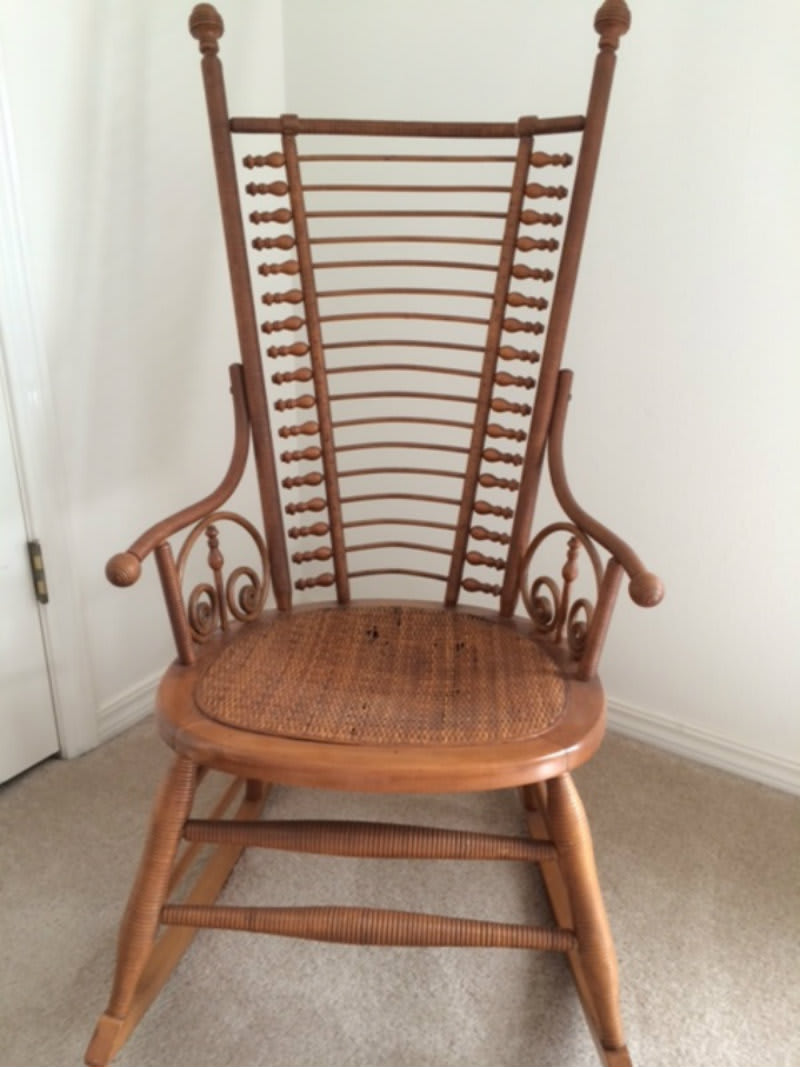 Rocking chairs are easily distinguishable as being standard or decorated chairs that are attached in two places to two, curved pieces, thus allowing a shift of body weight to propel whoever is seated back and forth. Benjamin Franklin has been credited for their creation, but there is evidence suggesting their invention at the beginning of the 18th century, when Franklin was a child. In fact, they had already crossed the pond and were found in England by 1725. As rocking chairs grew more and more popular, they became a way to showcase excellent craftsmanship and creativity, as only very skilled furniture makers were able to create beautiful, long-lasting pieces. Nowadays you can still find some very valuable rocking chairs that have held up extraordinarily well over time, but you’ll have to be willing to search for them and recognize the telltale signs! 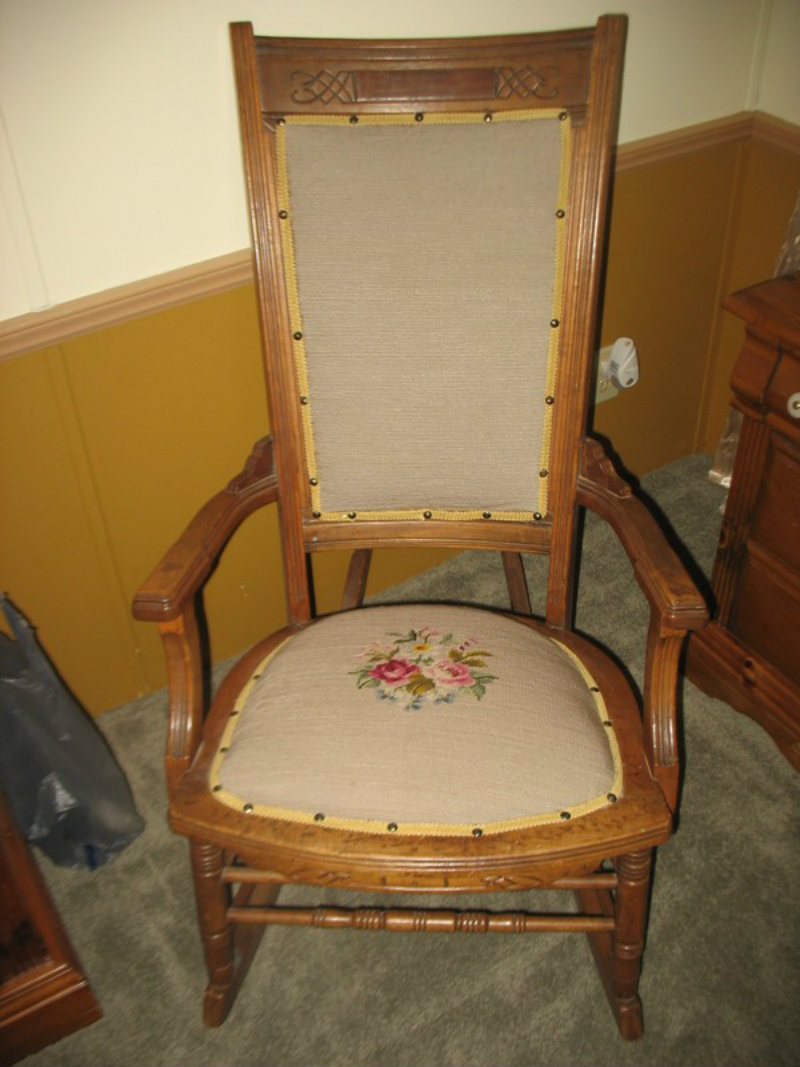 Thonet was a German-Austrian cabinet maker who acquired a glue factory that allowed him to work with wood differently to create very elaborate chairs. Along with this new glue formula, he used steam to bend and shape the wood into elegant, durable and incredibly lightweight pieces. His work was so well known that he presented it to the Viennese Imperial Court.

Sam Maloof was an American, contemporary woodworker who did most of his work in California, from the mid-20th century to the early 21st. His rocking chairs have more modern shapes and are recognizable by their ski-shaped rockers. Maloof was awarded several prestigious craftsman awards, along with being referred to as one of the most renowned contemporary furniture makers in the United States.

John F. Kennedy became very fond of P&P Co. rocking chairs when he was suffering from back pain and prescribed to sit in one in 1955. He ended up taking it with him on Air Force One, buying extra models for Camp David and the White House, and even sent them as gifts to friends, family and heads of state. 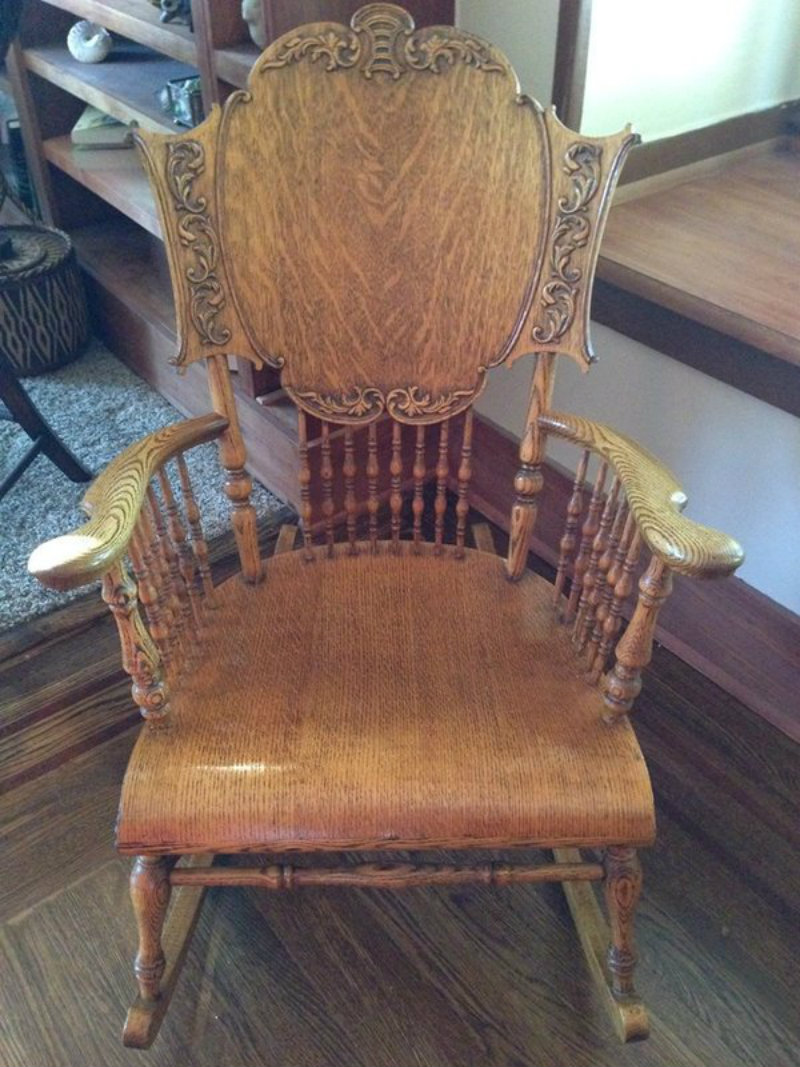 When you’re looking to buy a vintage rocker, we’ve got some suggestions on how to best go about your search and how to make sure you’re buying a solid, reliable chair. Follow along for our tips and tricks!

It’s likely you’ll find a lot of reproductions and have to wade through a bunch of chairs that have a fair amount of wear and tear, but a lot of times people don’t realize what they’re sitting on (pun, intended) in terms of worth. If you keep our suggestions in mind while you search, you just might find a beautiful, timeless rocker that is steeped in history!