While you may not have known the name of it before now, it’s highly likely that you’ve seen cameo jewelry before. Generally a relief of a scene or face that is carved from some sort of hard, semi-precious stone, cameos have played a role in many different cultures for thousands of years; one that is perhaps more influential than you might think. Follow along as we take a closer look at cameo jewelry and its long history… 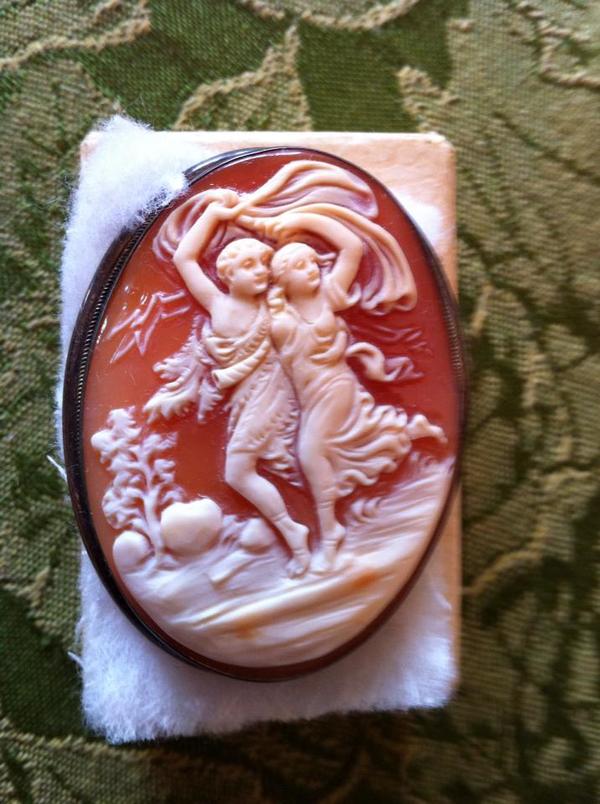 from: DebbieBrad Hassell: “Cameo my sister got from our great great Aunt beautifulDebbie”

When it comes to jewelry and fashion, it’s common knowledge that trends come and go, and that what was once considered in style, could become passe in a very short period of time, never to be seen again. Not so with cameos. With roots in Alexandria, Egypt in the 3rd Century BCE, along with a huge resurgence during the Renaissance, cameos are steeped in cultural significance.

In those early times, cameos were usually the carved relief of an important figure in society, or some sort of mythological or biblical scene. Said carvings weren’t just chosen at random though, they were chosen carefully and displayed intentionally, signaling support of whichever political figure was in (or out) of favor, or conveying a certain belief through mythological allusion; they were considered mystical amulets and tokens of allegiance.

After their initial popularity, cameos did experience a period of dormancy. It wasn’t until the 15th Century in Florence, Italy, that the Medici family cast their influential eyes on the cameo and brought it back to popularity. From there, Napoleon took a serious shine to it, going so far as to create a school in France for cameo carvers. All the rage, cameos during this period took a Neoclassical approach and featured a Roman-esque woman wearing no form of jewelry or adornments. As the cameo trend continued into the 19th Century, Victorian women modified the cameo by requesting reliefs of women with a more slender neck, lavished with ornate jewelry (using real diamonds affixed to the pendants) and/or detailed hair accessories.

As with any other incredibly popular item, more and more reproductions became available, each more realistic than the last, leaving us today with a plethora of authentic and less-than authentic pieces. 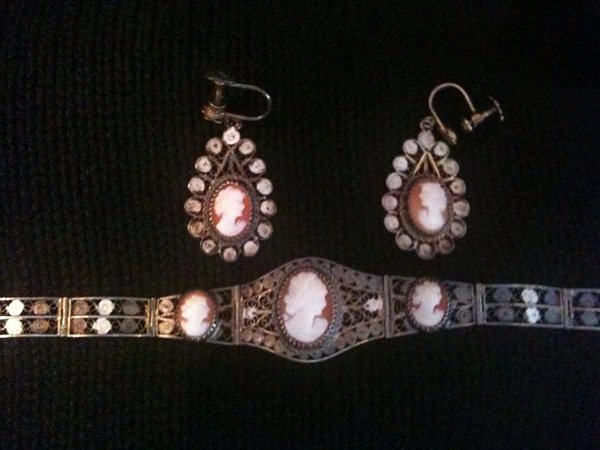 from: Theresa Miller Hagan: “Can anyone give me any information on this cameo set (bracelet and earrings)? I inherited it from a great aunt and don’t know much about it except I was told that it came from Italy.” 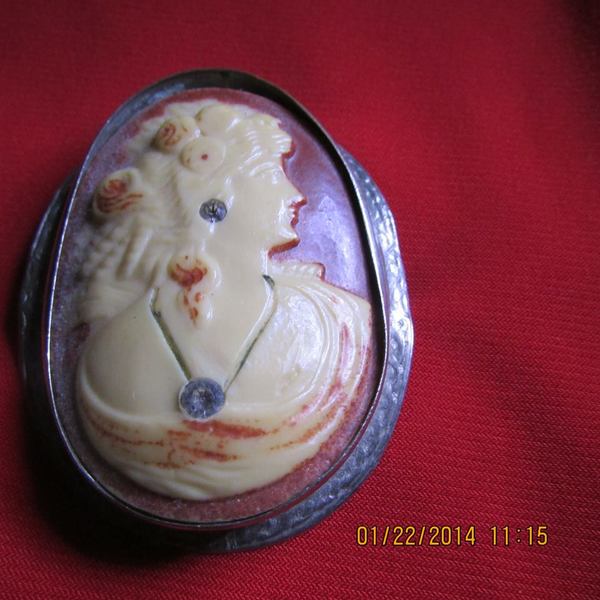 from: Ruth Edwards: “this cameo was given to me by a friend I cared for his wife who had a brain tumor after her death he wanted me to have it1956 it belonged to her grandmother in Europe she kept it with her in a prisioner of war camp during world war 2 I have taken it to my jeweler for appraisal was told it is priceless to take it home and put a glass dome over it anyone know anything about it thank you”

from: Terri Teigen-Hansen: “Anyone know anything about this cameo? I was on my wall for years before I realized she was looking at an airplane and not a bird. She also has short hair with a ribbon tied around her head like they did in the 20’s….”

from: Martha Lamb Franks: “This was either my grandmothers or great grandmothers cameo…long rollo chain all set in gold with 4 Kashmir sapphires surrounding it !!!” 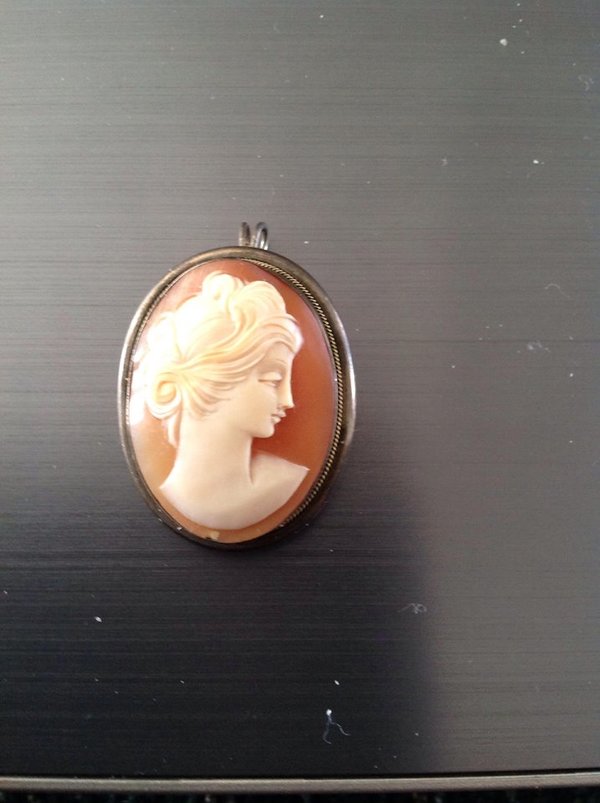 from: Anne Kinsley-Sluppick: “This cameo was my grand mother’s, she was born in 1899 but I have no idea when or where or who gave this to her.”

from: Pamela Roberts Nipper: “This was my Grandmother’s cameo she got on her wedding day March 17, 1907! I wear it when I do Victorian caroling at Christmas time.”

Given their popularity, there are tons of quality cameo reproductions and (not great) fakes out on the market; there’s something for everyone at every price point! That said, it can be really hard to know what to look for in terms of finding the real deal. Below, we’ve listed some pointers to keep in mind while you’re perusing – check them out!

These notes aside, the best thing you can do is just to get out there and start looking. Build up a rapport with good antique dealers or with people who just really know their stuff about all things antiquity, and remember that it’s always okay to ask questions…that’s how you learn!

Good luck on your cameo quest and happy hunting! 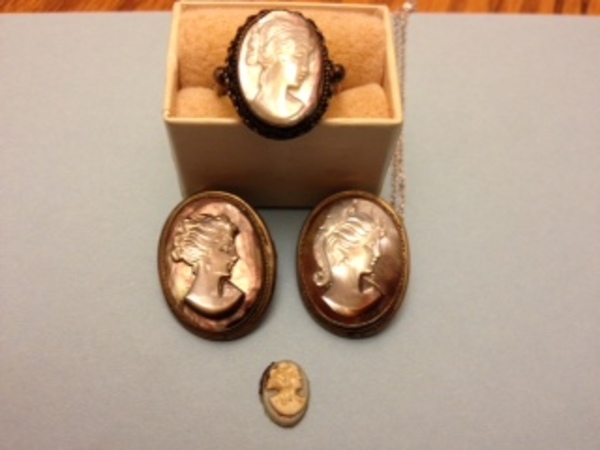