10 Photos That Show The Amazing Life Of Annie Oakley 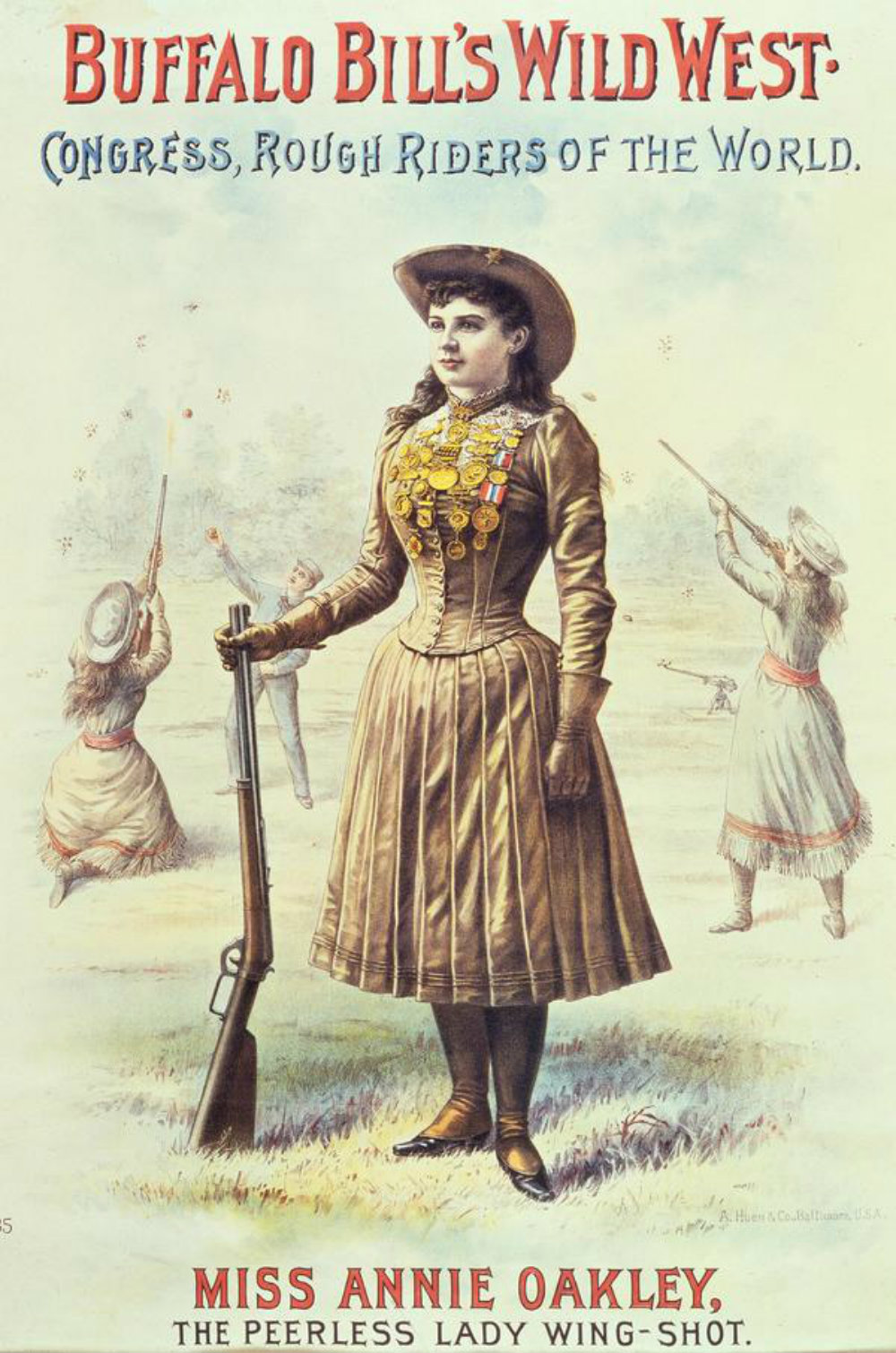 Well in advance of the women’s suffrage movement, Ms. Oakley became a model for strong, capable women. While the Wild Bill show could have marketed her as a more masculine figure, they chose to do the opposite by capturing her softer side. This poster does good service to Ms. Oakley and is an example of how she became a hero for young girls around the nation. 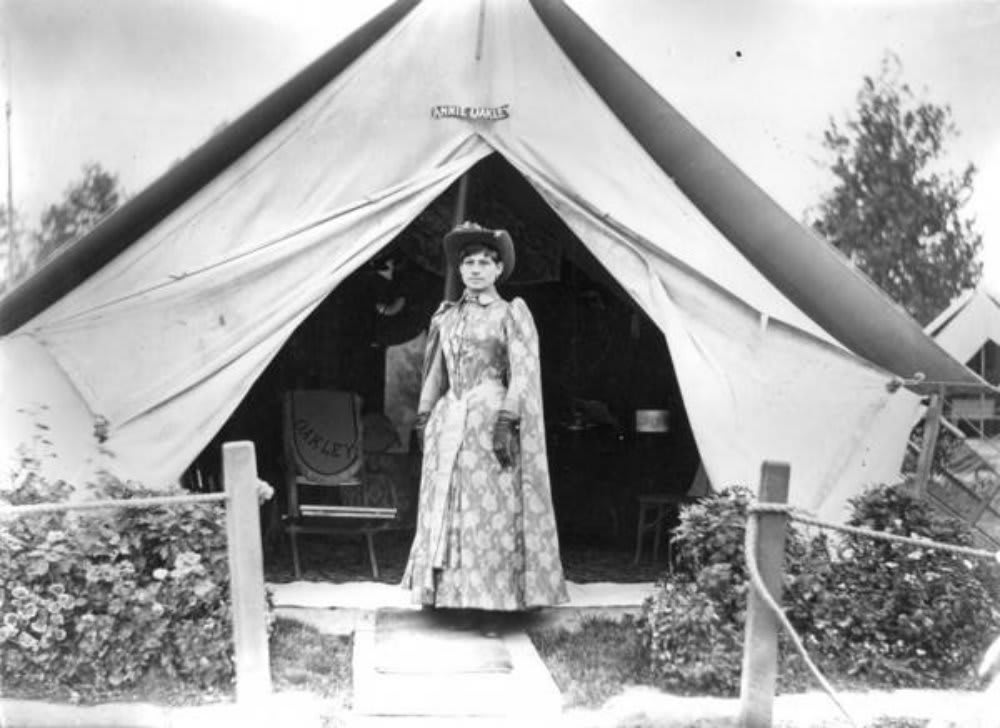 While many traveling shows provided their performers meager accommodations, the Wild Bill show made a point to set Ms. Oakley up as a true VIP. Here you see her posing outside of her tent during one of the show stops. 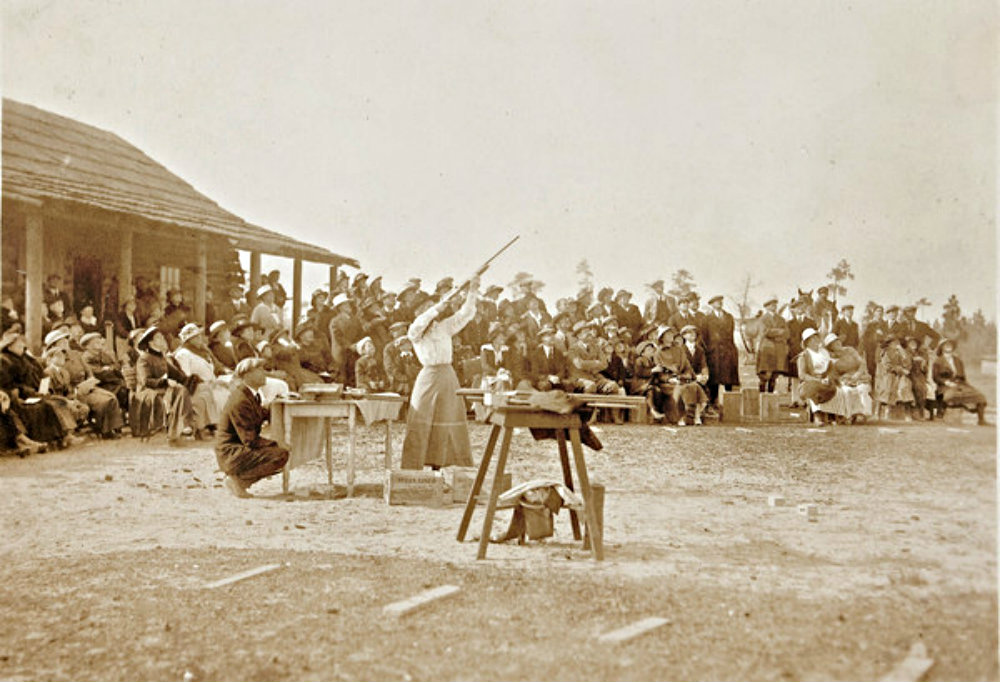 After Ms. Oakley and her husband moved to Pinehurst, North Carolina, they became more involved in public life. While many performers slink from performing later in life, Ms. Oakley certainly did not. This photo from Feb 11, 1917 shows her putting on a show with clay pigeons for an audience of about 200. 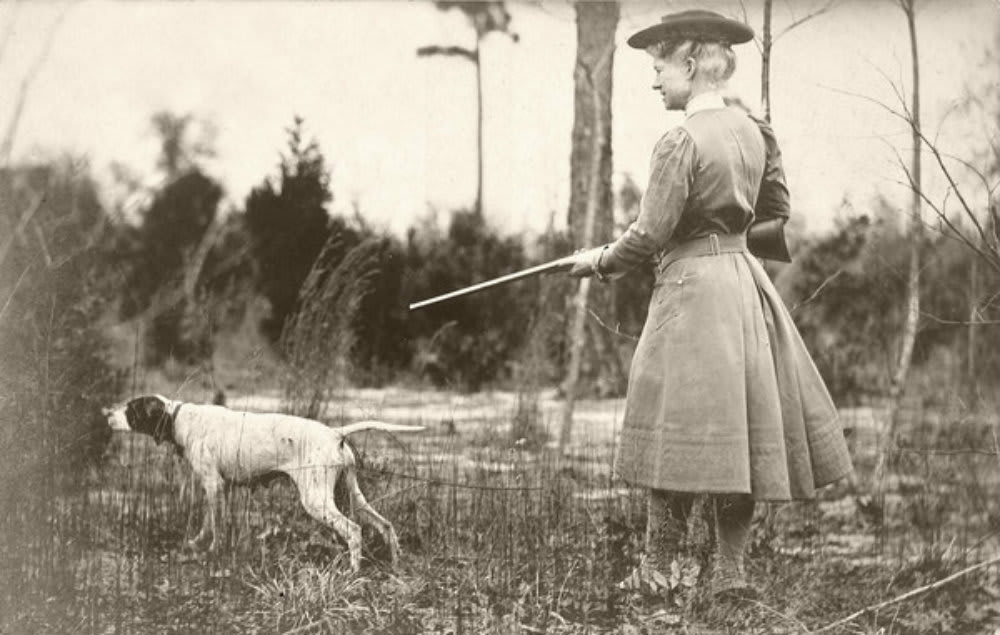 One great thing about North Carolina is the great hunting. Here you see Ms. Oakley later in her life with her loyal hunting dog. They appear to be hunting quail. 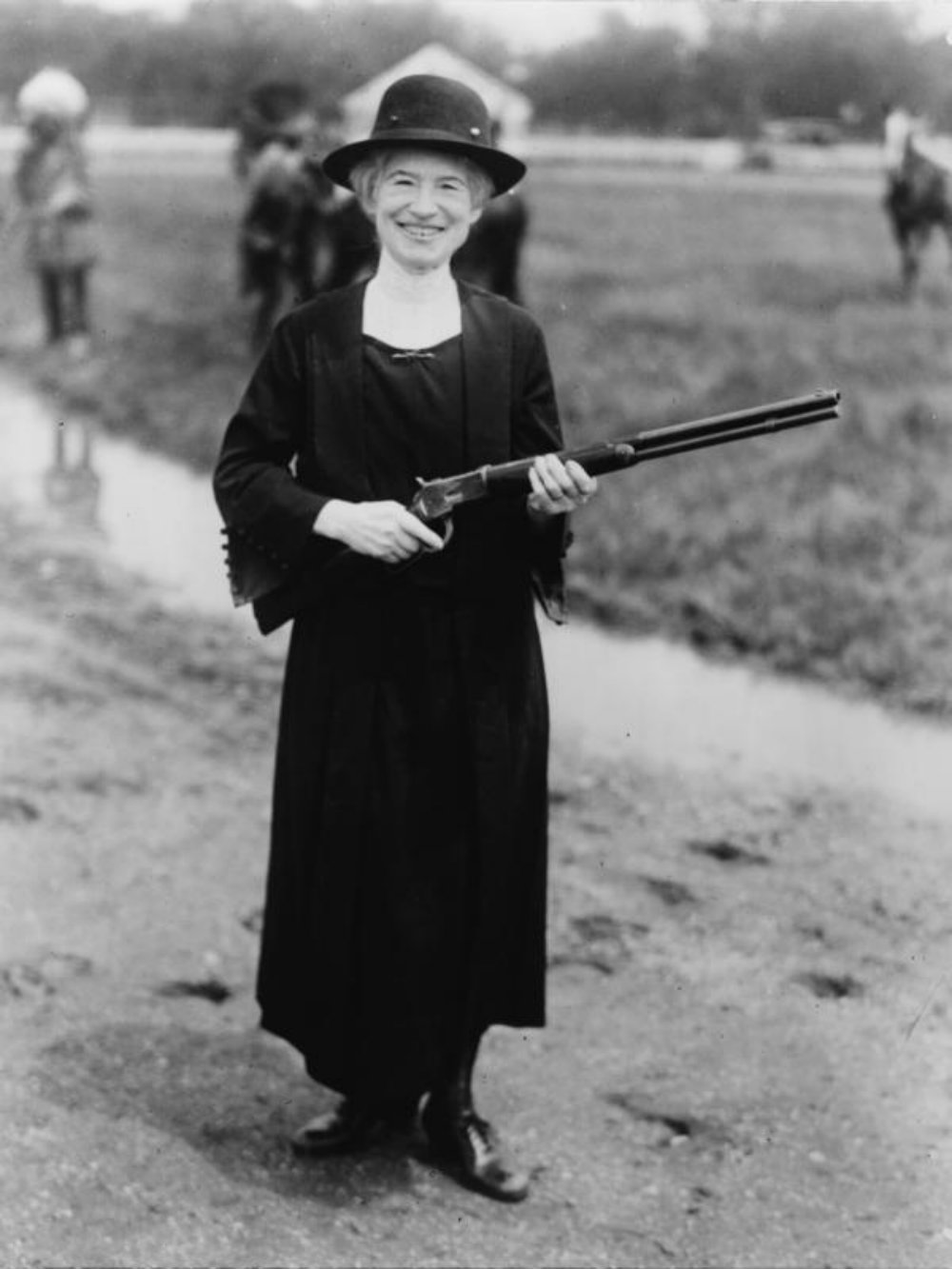 Ms. Oakley delighted in performing well past her 60th birthday. This photo from 1922 shows her at age 62 stopping to pose for a photo during a women’s shooting training in North Carolina. 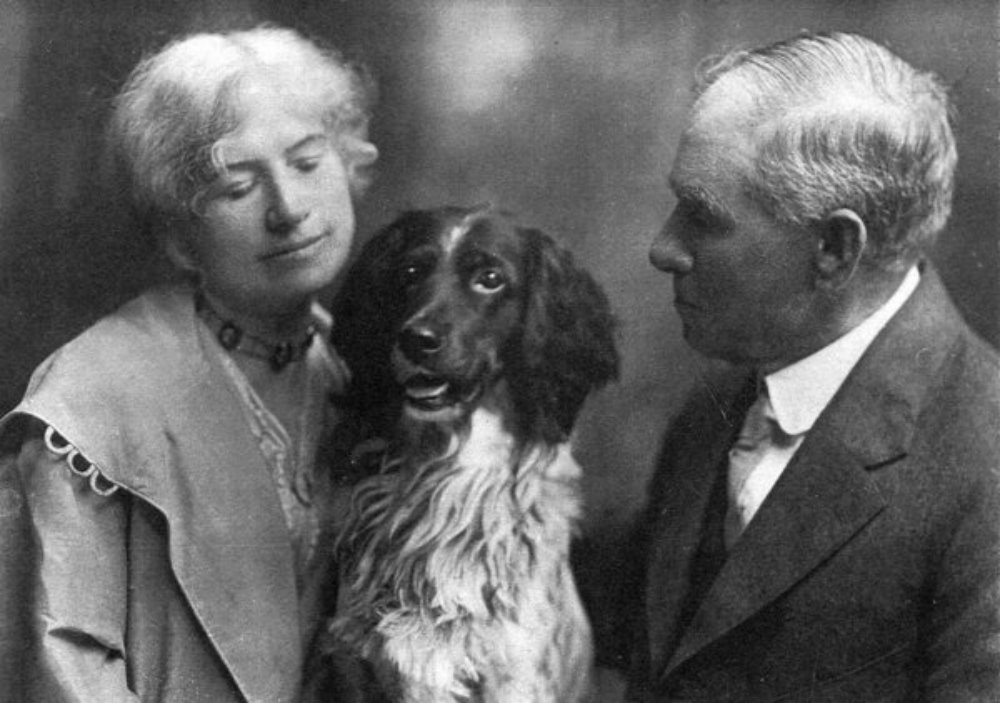 Annie and Frank would have a good life together in North Carolina. She passed away in 1925. This photo of the happy couple and their favorite dog is likely the last photo we have of the peerless, inimitable Annie Oakley.