One of the Old Testament’s most significant events is the fall of Jerusalem and the destruction of King Solomon’s temple. The anniversary of the event has been marked by the announcement of some rather fascinating archaeological discoveries at the site. Digs that have happened on Mount Zion have unearthed ash from the fires that ravaged the city, arrows from the bows of invaders, as well as an earring that was probably dropped in the pandemonium. The earring is only the second jewelry item from the area that has been found since digging commented in and around the Jerusalem area.

Babylonian forces laid siege to Jerusalem back in the day and that ended around 586 or 587 BCE and resulted in the ransacking of Jerusalem. It was a majorly important part of Jewish history and has been repeatedly described in the Bible. A majority of the Judah population were killed, with many others taken as prisoners to Babylon – and their subsequent torture was recorded in gruesome detail. Their exile from Jerusalem lasted nearly 50 years, with the temple’s destroyed remains being commemorated with the fast of Tisha B’Av – which is one of the Jewish calendar’s holiest days. 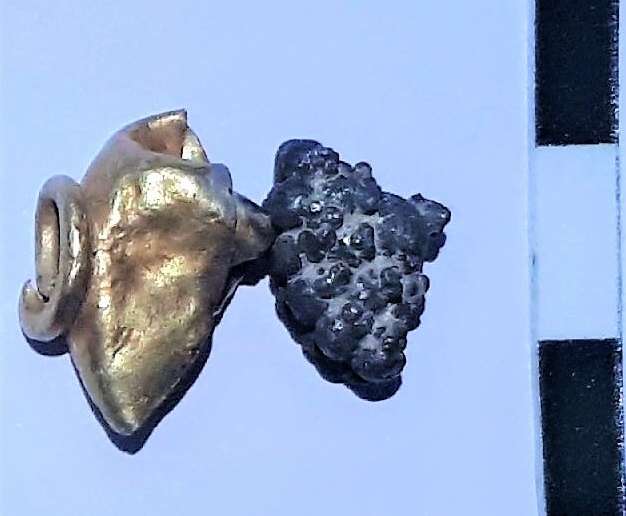 While the Bible has never been a largely reliable historical document, the 2017 discovery of layers of ash and smashed pottery revealed that it did get this one event largely right, even if it has exaggerated a good portion of others.

Further examination has confirmed the layer as being part of the city’s destruction and exposed some of the contents found inside. Located on Mount Zion, outside the “old city” walls, the ash appears to contain arrowheads in the Scythian-style – which was known to be used by the Babylonians – as well as some bits of broken pots. The ash also contained a few rarer items like an earring that was made of both silver and gold and some lamps.

Archaeological excavation is a rather slow process, which means only a small section of the ancient city has been dug up at this level so far. Dr. Shimon Gibson from the University of North Carolina believes that the site could be one of the “great man’s houses,” which is a reference to the biblical Book of Kings that was burnt when Babylonian armies stormed the city. The location, which overlooks the Temple and has other superb views, would have meant that it was prime real estate back in the day.

The ash layers can signify a dumping ground for the leftovers of hearth fires, however, Gibson argues that this doesn’t align with the other findings.

“Nobody abandons golden jewelry and nobody has arrowheads in their domestic refuse,” he said in a statement that was released on Tisha B’Av.

Gibson added, “It’s the kind of jumble that you would expect to find in a ruined household following a raid or battle. Household objects, lamps, broken bits from pottery, which had been overturned and shattered… Frankly, jewelry is a rare find at conflict sites, because this is exactly the sort of thing that attackers will loot and later melt down.”

There is so much history in Jerusalem that every decade has laid down signs and markers – one on top of the other – so now present-day excavations will find all kinds of periods occurring side by side. This past summer there have been basements that have surfaced from the age of King Herod, as well as portions of the defenses that were used in 1099 to forestall Crusaders.