In the Andes mountains, archeologists have been studying the graves of ancient hunters. These individuals were buried in ritualistic graves which also contained their hunting tools. The more tools, the better the hunter it would seem. So when a grave containing dozens of hunting tools was discovered it was at first assumed that the grave was for a male hunter, possibly quite a skilled and respected individual in their group. But, upon further analysis the slender bones suggested that the hunter in the grave was actually female, and further studies of other ancient graves in the region turned up even more female huntresses. 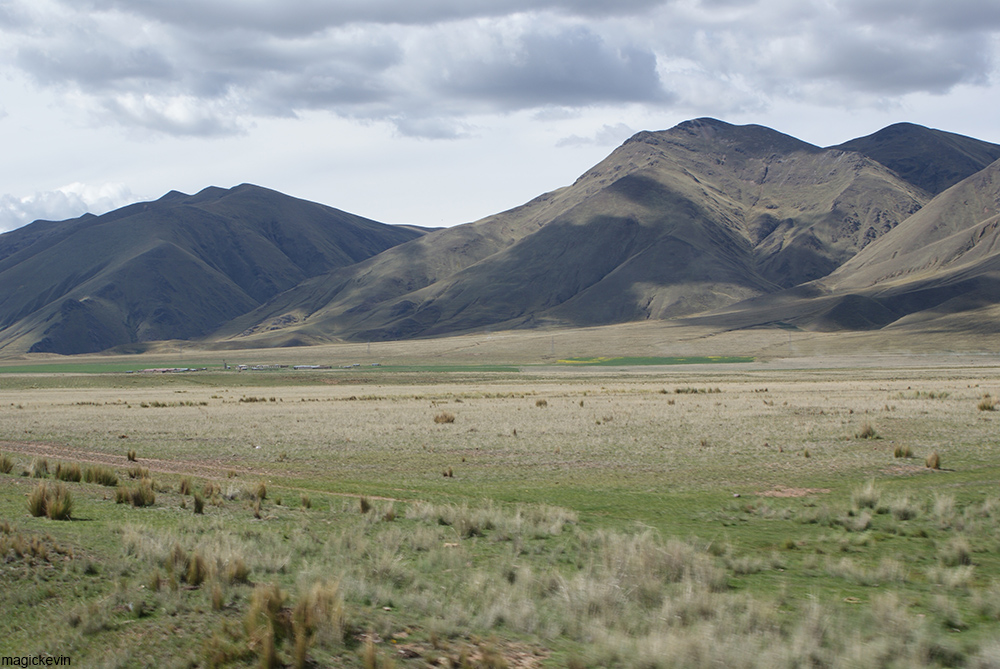 The grave in question dates from around 9,000 years ago and was first studied by archaeologist, Randy Haasb (of UC Davis). When the bones were more closely studied by bioarchaeologist Jim Watson of the University of Arizona, the results were that the corpse was actually female. The study concerned 6 graves found at the Wilamaya Patjxa site in southern Peru. The initial grave which called into question the sex of the hunters belonged to a woman aged 17 to 19 years.

The hunting tools found in the graves consisted of knives and scrapers for processing the game, but also spear tips used for hunting large game. This means that Andean women 9,000 years ago were not only hunting, they were hunting large game. Furthermore, an estimated 30-50% of the hunters in this group are now thought to have been female, signaling a “more equitable” division of labor than previously assumed. 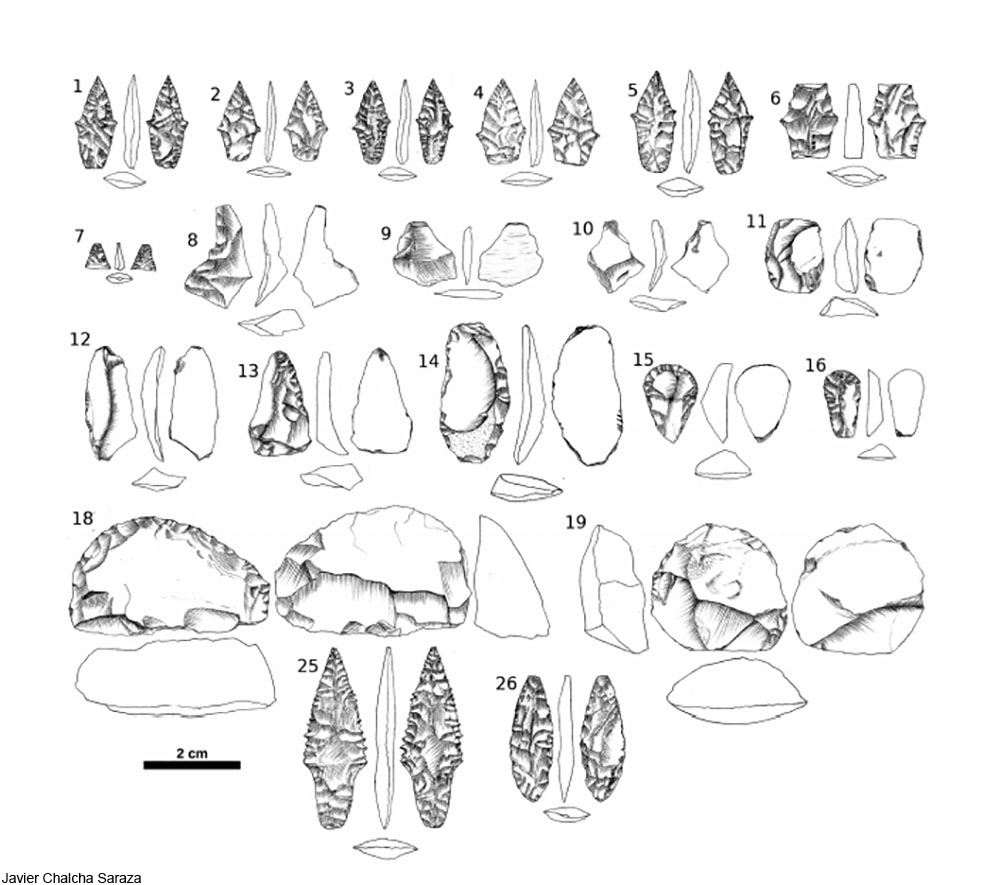 Since this discovery, Haas and other archaeologists have re-examined graves that were previously assumed to male hunters, finding that at least 10 of them were found to be female based on bone structure and the study of the protein, amelogenin, found in tooth enamel.

There is a male version and a female version of amelogenin present in the teeth depending on the sex of the individual, which provided a conclusive answer as to the sex of each hunter. Over thousands of years many aspects of the body and even DNA can become too damaged for conclusive study, but the genetic material in teeth often stands the test of time where other aspects of the physical do not. 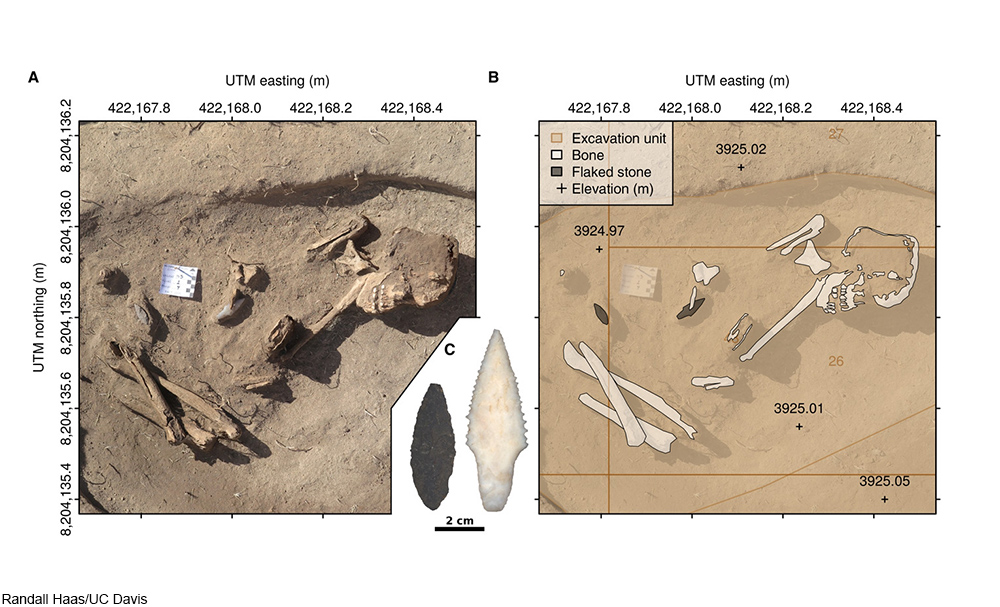 This new research turns the idea of ancient hunters on its end. Since the 1960s it has been widely accepted by many anthropologists and others in academia that in most ancient societies, the role of hunter was either mainly or exclusively taken by males in a group, with females tending to the children, and either farming or foraging for plants, tubers, or insects to supplement the meat.

This theory became popular after the 1966 symposium, Man the Hunter, given by Richard B. Lee and Irene DeVore. The two also produced a book by the same title in which they wrote that, “hunting is so universal and is so consistently a male activity that it must have been a basic part of the early cultural adaption…”

Theories on divided labor had been around for a time before the book was published, but many researchers in the decades that followed took the book’s powerful message of rigid gender roles in ancient societies as definitive. 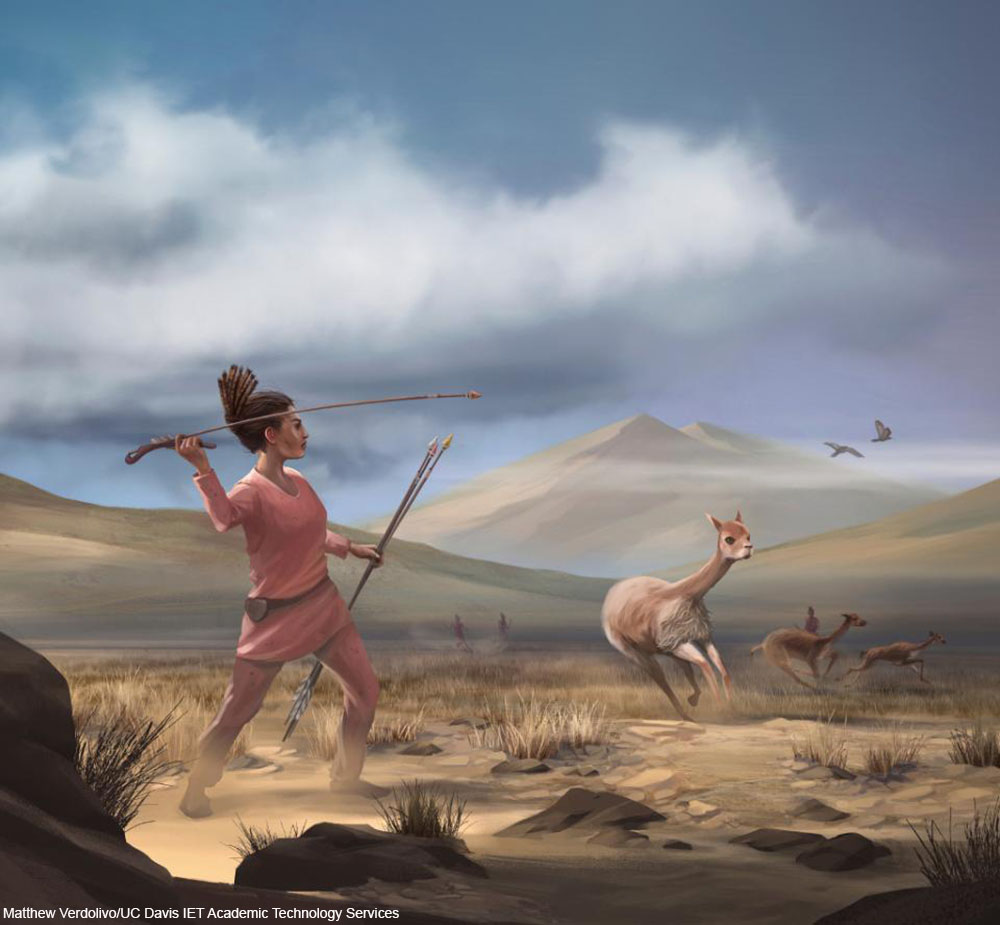 Artist’s rendering of ancient female hunter of the Andes. Via/ UC Davis

In this structured view ancient hunter-gatherer groups were comprised of hunters (men) and gatherers (women). For decades this idea has been taught in schools across the world, often backed up by the physical differences between adult males and females.

These new discoveries of who may have actually been buried in the revered hunters’ graves brings into question the roles of men and women in ancient societies. It seems that, at least in some groups, women were hunting big game in ancient times, just like the men.