It’s always good to immerse yourself in the antiques and the history of the material culture of your own region. Having grown up in Ohio, I was drawn back to spend a bit more time with Rookwood Pottery. The hoped-for itinerary for the day included lunch atThe Rookwood, the original pottery now converted to a restaurant and bar; the Cincinnati Wing of the Cincinnati Art Museum; and the galleries of today’s Rookwood Pottery Company. We only made it to the first two stops. Enjoying the history and beauty of this great American pottery does take time. 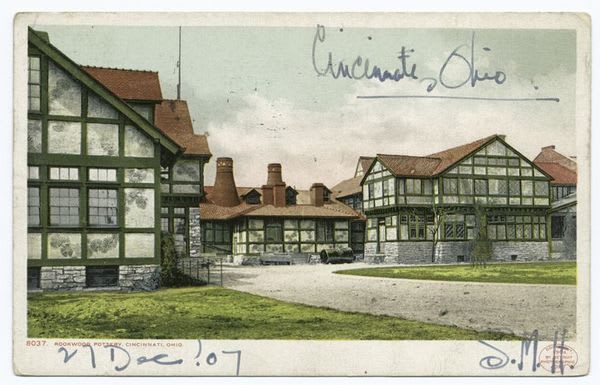 The postcard above shows the Rookwood Pottery as it was in 1904, atop Mount Adams in Cincinnati. Today, part of the complex still stands and has been converted into a restaurant and bar called The Rookwood. Much of the original interior has been retained and historic photographs decorate the walls.

Rookwood Pottery was founded in 1880 by Maria Longworth Nichols Storer…yes, a woman. She was wealthy and had been inspired by French and Japanese pottery she saw at the Centennial Exhibition in Philadelphia. She was able to build what was then a state of the art pottery complex and to bring in the best artists and designers she could find. She also had access to a “secret” process for creating decoration “under the glaze”.

By 1889, Rookwood was winning acclaim at international fairs and exhibits. Today original pieces are sought after by collectors.

We can also love it for its history…that time when American ceramics and glass making and furniture manufacturing thrived in the heartland and gave employment to thousands, many who were immigrant artists who brought fresh vision and know-how. 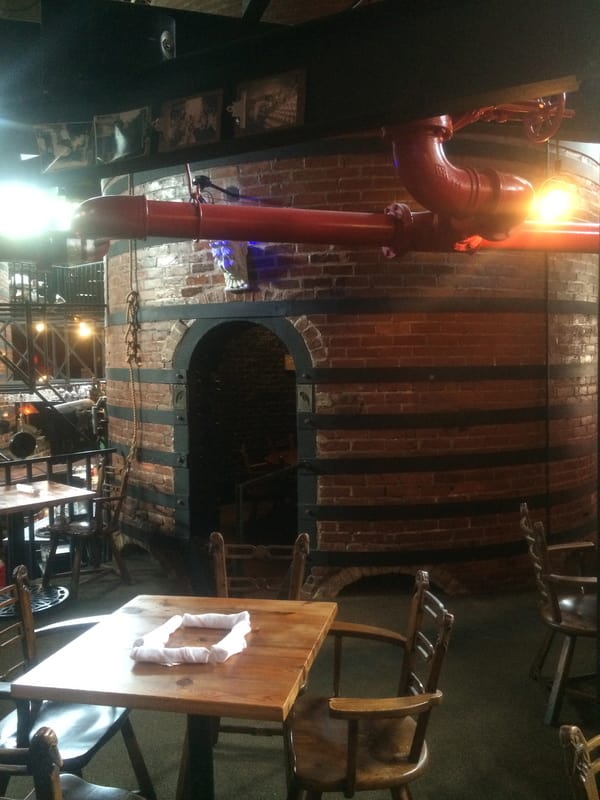 The original kilns now serve as private “rooms” for small groups in the restaurant. 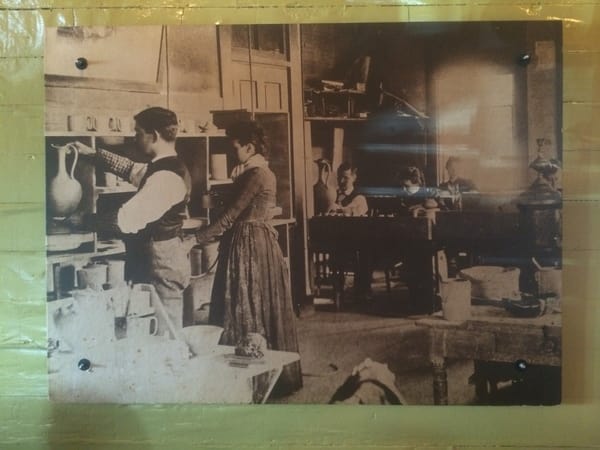 The historic photos of work in the pottery during its heyday show both men and women who were part of the creative process. 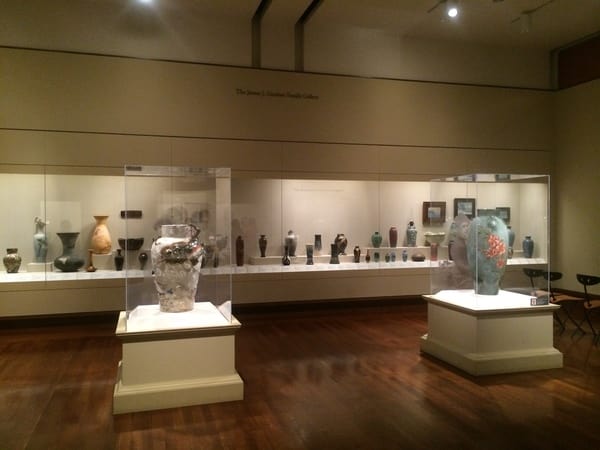 The Cincinnati Art Museum has several galleries devoted to Rookwood. It chronicles the development of pottery designs and techniques over the years and the work of various artists and designers. It also shows how responsive the pottery was to the influence of international trends. 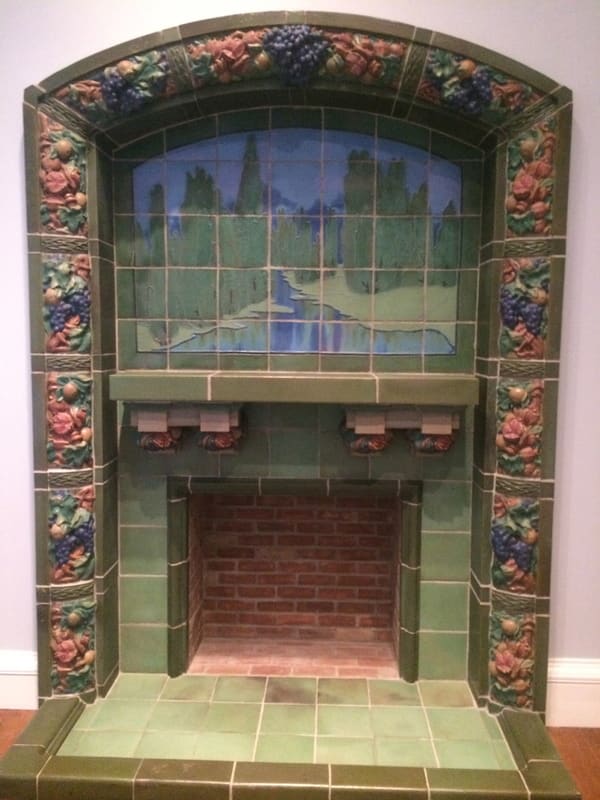 My own love of Rookwood comes from fascination, as a child, with its tiles and colorful architectural elements.

The pottery entered the architectural market in 1902. The fireplace surround and mantle above was a private commission in 1903 for a Cincinnati home. Other installations of tiles were in Union Terminal, in the Seelbach Hotel in Louisville, in Grand Central Station and Lord & Taylor in New York and in many private homes and public spaces.

The Depression and World War II were hard on the company and debts mounted. Ownership changed hands and, in 1959, production was shifted to Mississippi in the hope that cheap labor would pay off. It didn’t and production ceased in 1967. The prospect, however, of the molds, recipes and trademarks being sold to international investors led a Michigan dentist, Arthur Townley, to use his entire life savings to purchase them. He wanted to return the company to Cincinnati and to continue its tradition.

In 2004, a group of Cincinnati investors purchased the assets from Dr. Townley and re-established the company back in the city. Today it continues to produce quality pieces and is especially known for its tiles.