A Look Back: Projected Images And Moving Pictures

These days, we’re so used to having internet access in our pockets, in the form of our smart phones, that we forget what things were like before there was immediate access to various forms of media. We went through our archives and found some awesome photos of media-related items of decades past; projectors, view masters, and slides…this stuff is cool, so check it out! What do you remember growing up with?

from: Jeff Friedman: “This is an interesting children’s toy. It comes with a picture wheel viewer featuring a variety of tourism type shots. Made in Hong Kong. Probably not older than the 50’s.” 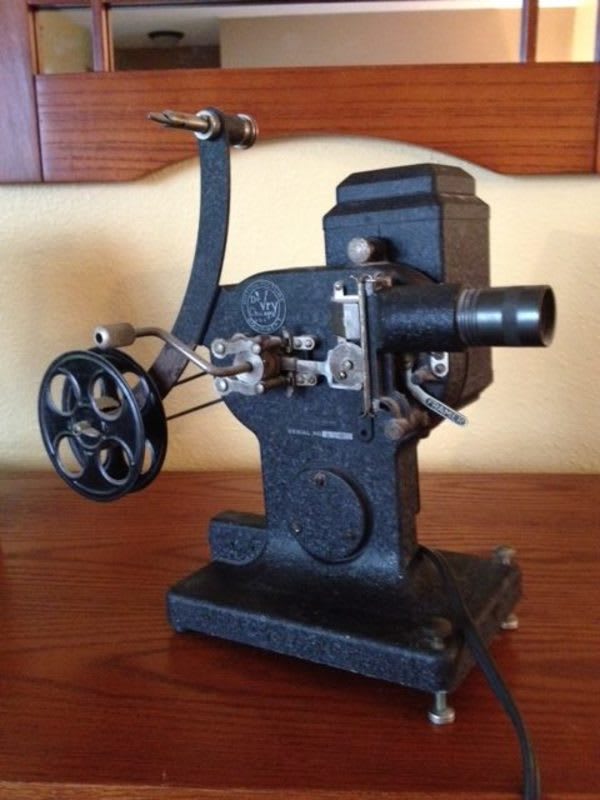 from: Tim Caroline: “I picked up an old DeVry 16mm Crank Projector at a flea market. Does anybody have any information about this kind of projector? Is this considered a toy projector? I assume it is from the 1920’s.”

from: Jeff Friedman: “The very first broadcast video tape format, called 2” Quad, because it used 4 rotating heads. It was the broadcast industry standard for at least 20 years after introduction to the professional marketplace by the Ampex Corporation in 1958. Suddenly, television programs could be recorded, multi-camera, live-to-tape for later playback. Miraculous. These particular tapes were known as “spot reels.” Each contains a single :30 or :60 spot from WTVG-TV, West Orange, NJ. Recorded “dubbed” in 1978. Later, WTVG-TV was acquired by Wometco, Inc. and became WWHT-TV and WHT – THE MOVIE NETWORK. I recorded these in 78 and just found them today, quite by accident.” 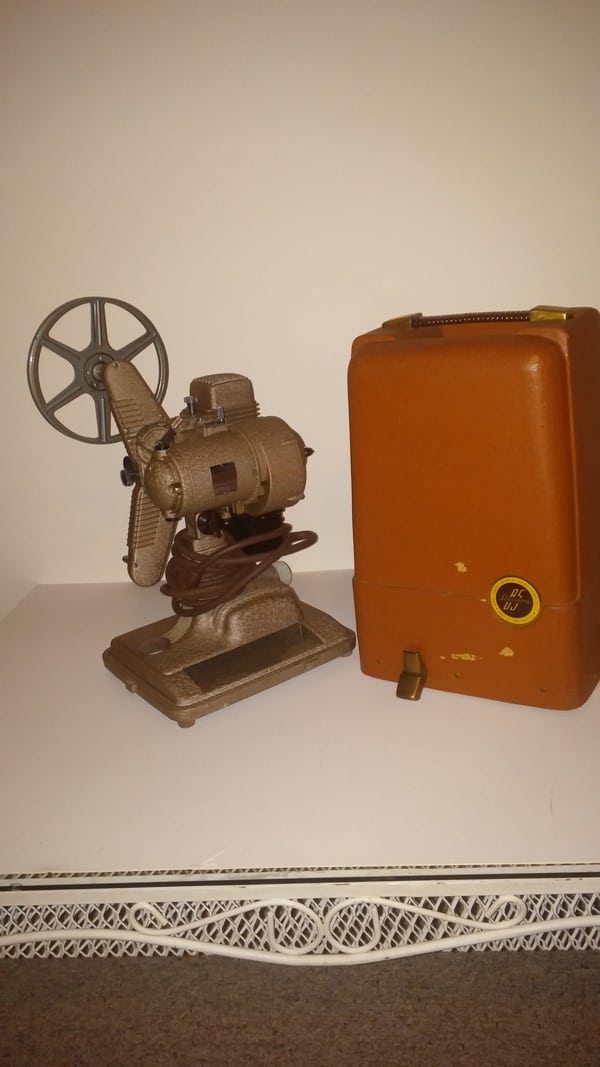 from: Frankie Snyder: “1940 revere 8 mm projector never used looks like I bought it on Saturday. in 1940. like to get rid of it if anyone is interested”