What Was It Like Inside King Tut’s Tomb? 6 Rare Photos from the Discovery of the Century

Even for an experienced Egyptologist, the thrill of discovering King Tutankhamun’s tomb was the discovery of a lifetime. The wonder of so many ancient rooms filled with artifacts must have been overwhelming to behold. Any number of reproductions of these artifacts have been displayed. And, a handful of the treasured objects have toured the world in museum exhibits. But, to see the coffin and the contents of the antechambers is a rare sight indeed. We’ve found a few photographs from the discovery in 1922 that give us an idea of what discovering King Tutankhamun’s tomb was like. 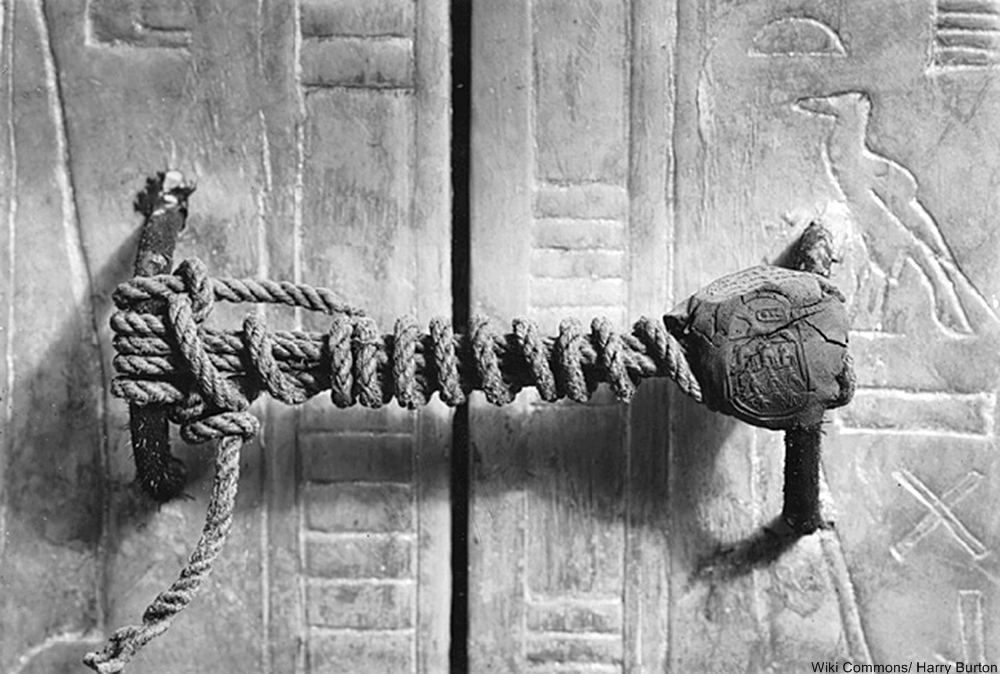 Seal on the entrance to the tomb. Via/ Wiki Commons 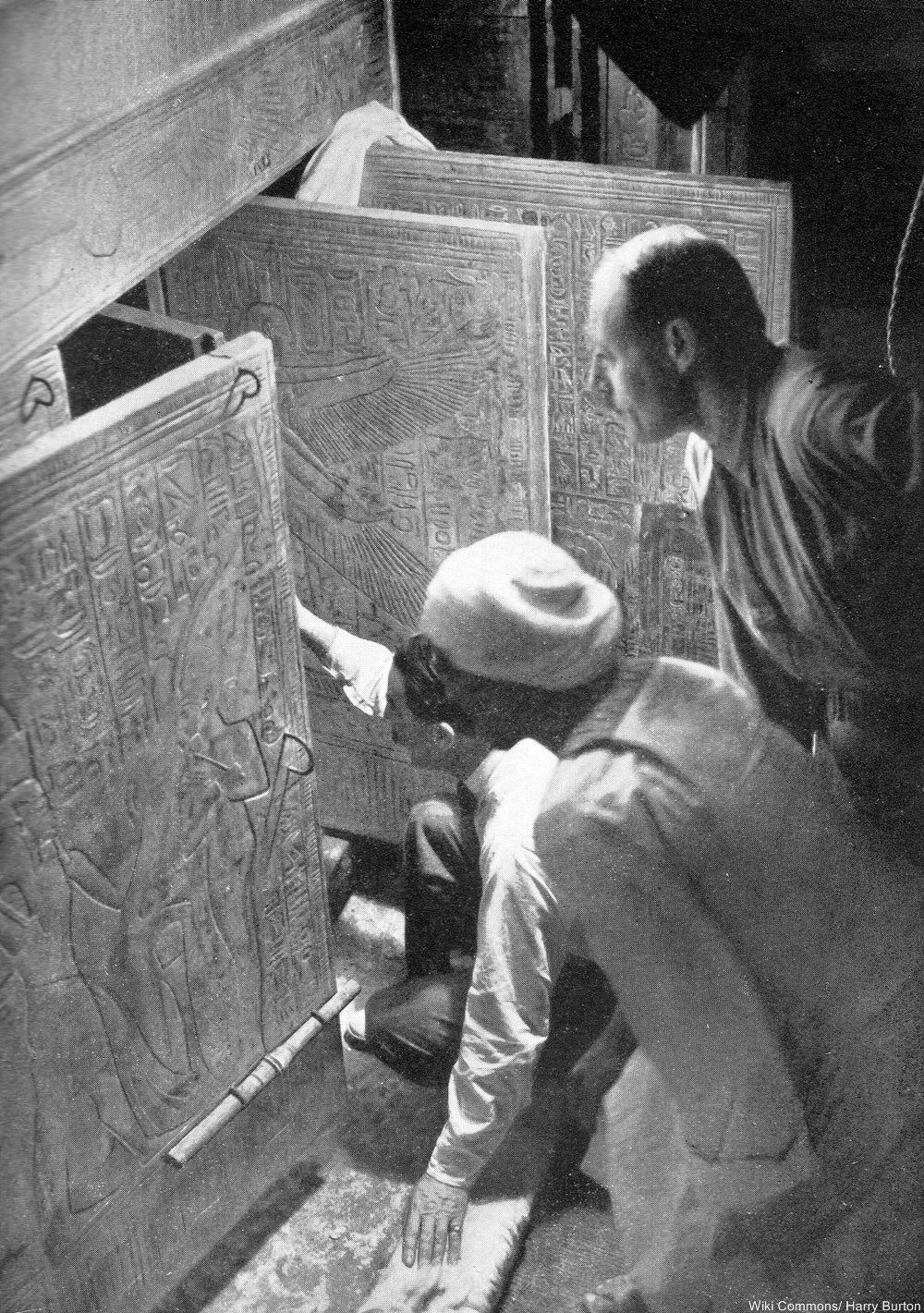 Opening the doors for the first time. Via/ Wiki Commons 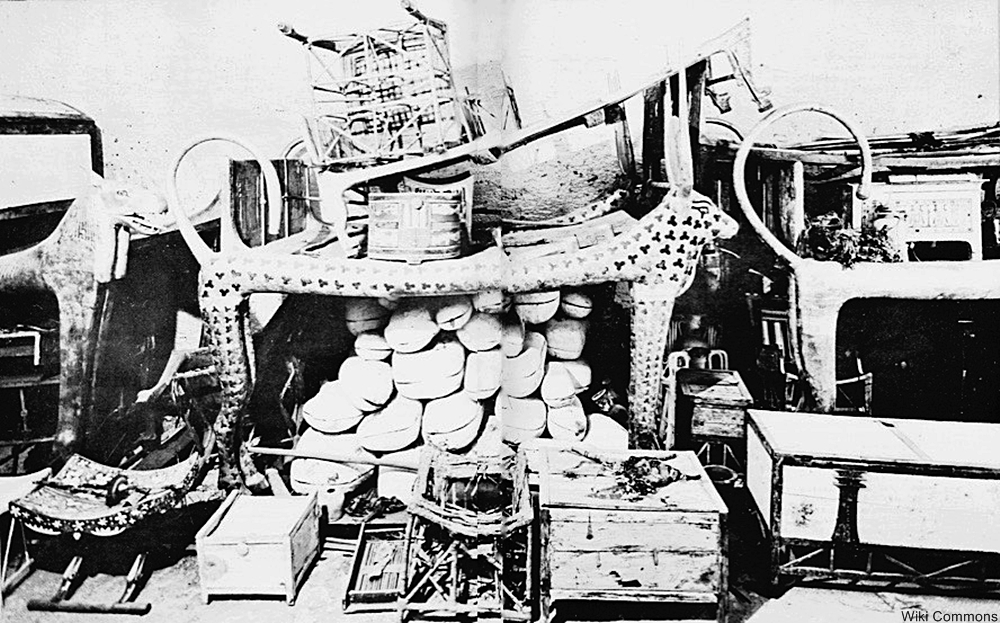 Hired by Lord Carnavon to find precious Egyptian artifacts before World War I, Howard Carter’s search for King Tutankhamun’s tomb was put on hold during the war. While the search continued post-war, Lord Carnarvon grew tired of waiting for more treasures and gave Howard a firm deadline. But, Howard discovered the tomb before the funding ran out, with the help of a water boy who found the steps leading down to the royal burial place.

It was November 4, 1922 that this world-changing discovery in the Valley of the Kings was made. Rooms filled with treasures, a solid gold coffin sandwiched between two other coffins, and countless artifacts lay inside. One of the most-intact, King Tutankhamun’s tomb had not been raided as so many others had, giving the world a detailed look into the complicated ancient Egyptian death practices. 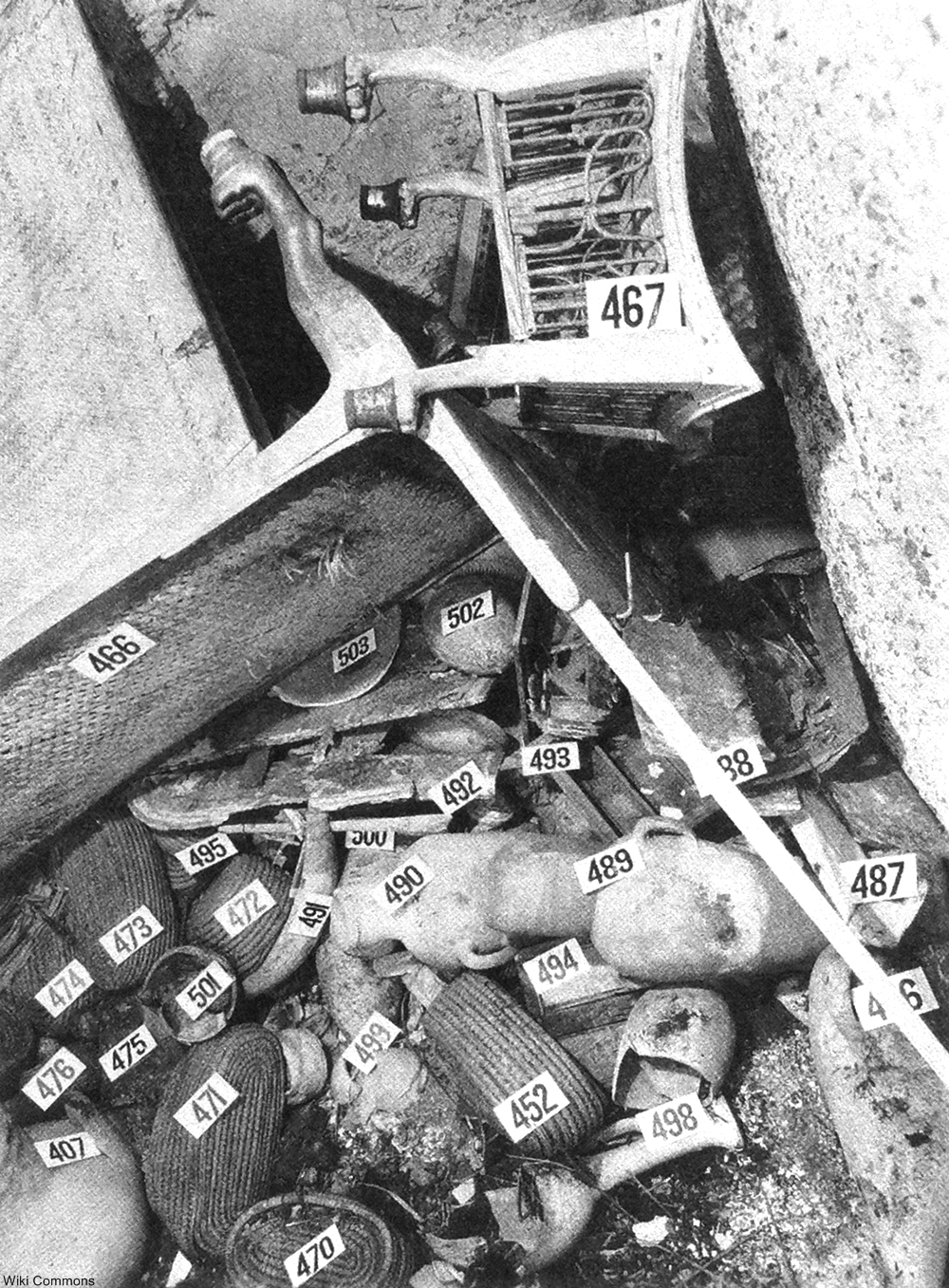 Wine vessels cataloged inside the tomb. Via/ Wiki Commons 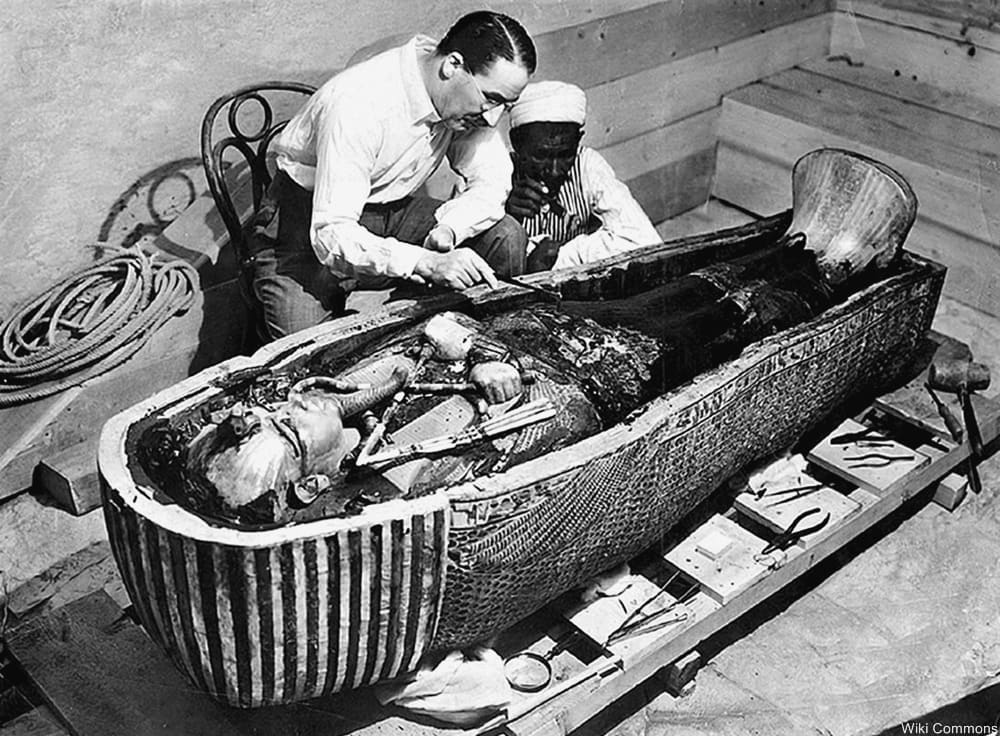 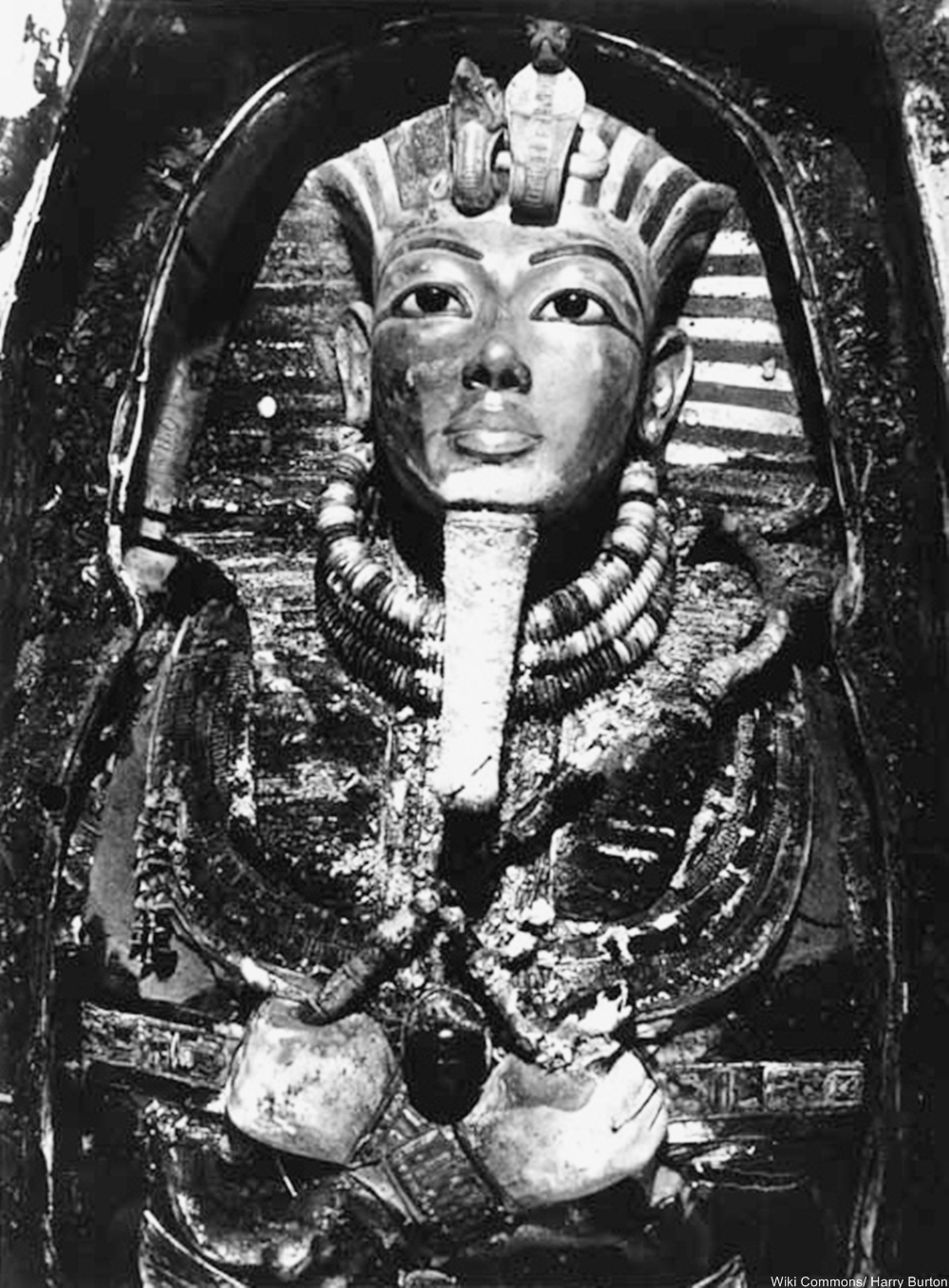 The now-famous death mask of King Tutankhamun. Via/ Wiki Commons

When news of the amazing discovery reached Lord Carnarvon, he hurried to Cairo to see for himself what treasures lay beyond those doors. When he died on March 19, 1923, the press were quick to declare that it was the Mummy’s Curse that did him in. It has since been revealed that not only did Lord Carnarvon die from blood poisoning, but that the concept of the Mummy’s Curse had been invented a century earlier for a burlesque act!