These fad dances, most having been invented long before TV could demonstrate the moves and record singles drove record companies cash in on trends, were being practiced in dance halls and at informal dances. Some were even recorded for the movies, but most were mere rumors until one happened upon someone who could show them the way it was done. 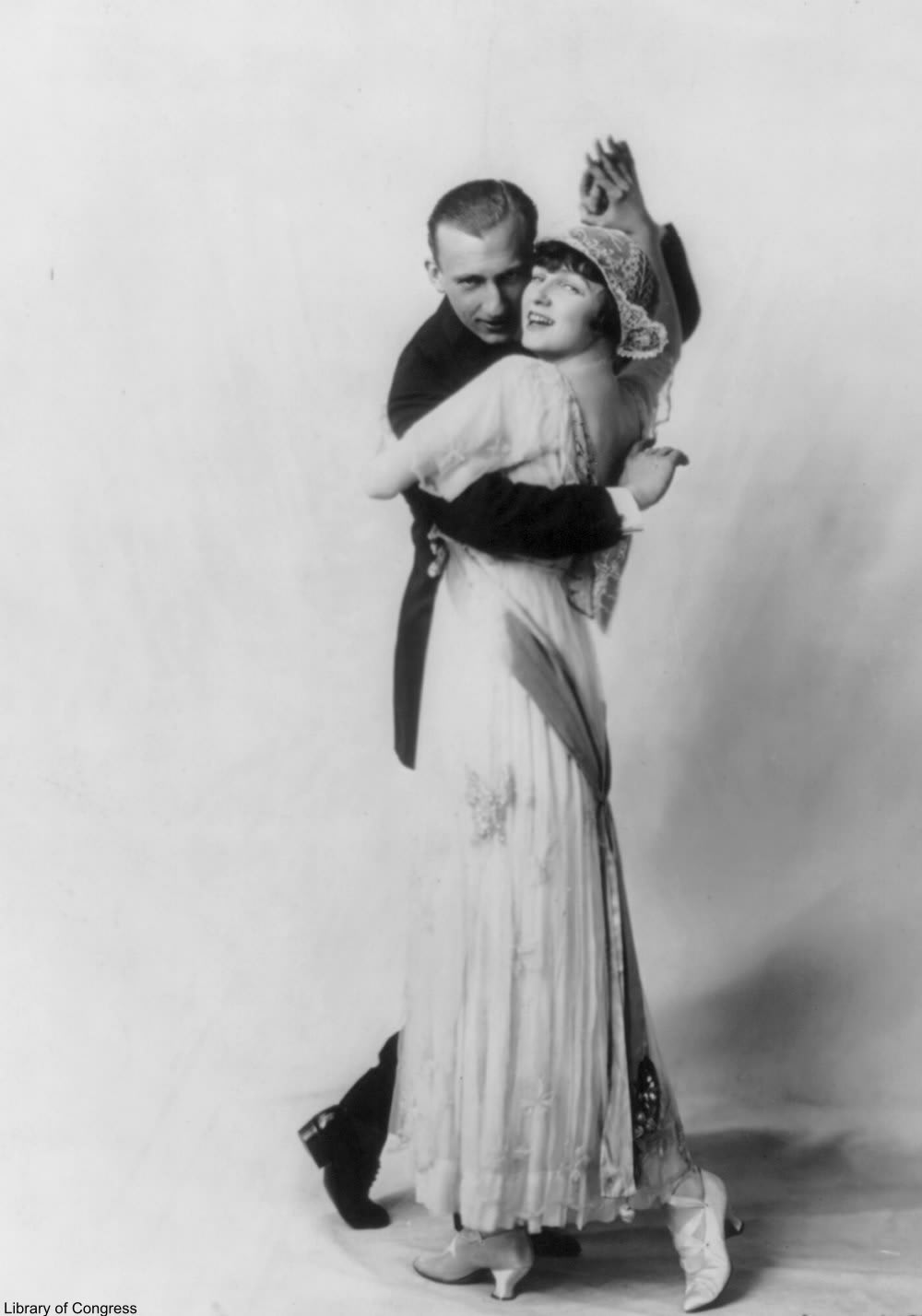 The Texas Tommy today is known as a dance move which places the follow’s hand behind their back, but in the 1910s the dance was a part of African American and Southern culture which most of the world knew little about at the time.

Enter Irene and Vernon Castle, two glittering dancers of the era who demonstrated their dance moves for the movies and in photography, as well as set the trends for fashion (we have Irene to thank for the 1920s bobbed hair and she also endorsed fashion designers and pattern makers). Among the many folk and jazz dances that the couple interpreted were the Texas Tommy (before the Castles it was more of a square dance) and the aforementioned Grizzly Bear dance.

Have a look at the original group dance in the video below.

We know this as a dance move today, or more precisely as a simply a movement. But, back in the 1910s and 1920s “Shimmie” dances, like the Blackbottom and others, were considered to be flagrant excuses for shaking one’s caboose and were not well-received at many dance halls. The public debate about obscenity led to an attempt at suppressing this dance, though that may have only fed the flames and made it more popular.

Today the Shimmy is a move that’s been incorporated into belly dance and into pop dances like the Harlem Shake. But, back in 1920 is was a forbidden dance considered too lustful to perform in public. Have a look in the clip below.

Among the many dances of the 1910s, the most offensive to older folks were ones where close contact was required between the dancers. Contrary to the upright and removed posture of ballroom dance and waltz that kept space in between dance partners, the new dances entailed far too much touching to be considered proper at the time. Even decades later phrases like “Leave room for the Holy Spirit” were being uttered at school dances as a way to discourage too much physical contact. The Turkey Trot was a close dance which also entailed a bit of bobbing up and down, two things which today seem quite tame.

Little Eva of “Locomotion” fame recorded a song called “The Turkey Trot” in 1966. Little Eva proclaims in the song: “My grandmother taught this step to me/ she did it at the turn of the century.” However, back up dancers for live performances of this song did a dance quite different to what the old folks had done in the 1910s. Have a look at the original scandalous Turkey Trot dance in the clip below.