The Most Memorable Presidential Campaign Slogans

Election time comes with a lot of stress and anxiety for many of us. However, despite any political affiliation, we have to admit that some of the creative slogans to come out of presidential campaigns are on point. Whether they are hilariously horrible or surprisingly successful, this list has the best of the best (or the worst of the worst as the case may be). 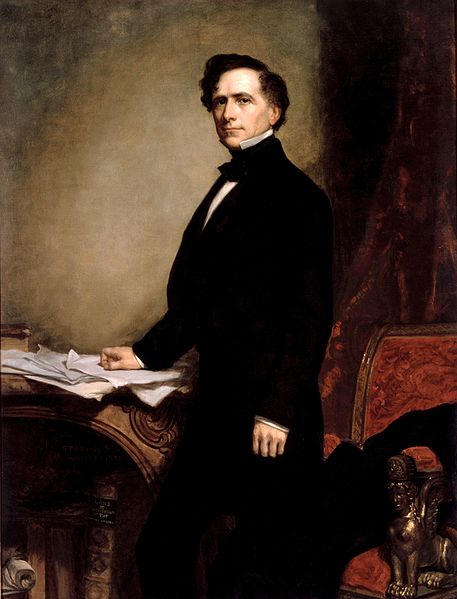 We Polked You in ’44, We Shall Pierce You In ‘52. Yikes. Sure, the mid-1800s was a completely different time, but this somehow passed the standard for campaign slogans. Needless to say, nothing like this would fly nowadays. The thought was to remind the public of the last Democratic candidate, James Polk, and then to introduce the new candidate, Franklin Pierce. The campaign was successful – Pierce was elected the 14th president of the United States.

Barry Goldwater had a few doozies during his run for office. His first campaign slogan was someone’s idea of being clever. Once they realized the last name “Goldwater” could be represented as the symbols on the Periodic Table, they decided to make that his slogan. Clearly, his team was too busy asking if they could and no one stopped to ask if they should. The second nail in the Goldwater campaign coffin was the Democratic candidate’s response to Goldwater’s buttons. He was known for his aggressive stance against the perceived Communist threat, so he had some buttons made up that said, In your heart you know he’s right. His opponent, LBJ, jumped on the bandwagon and had buttons made that said, In your guts you know he’s nuts.