Frank Woolworth opened his first store in 1878 with a more successful store opened only 1 year later. Woolworth’s pioneered the concept of a five and dime store, with fixed prices drawing in crowds of customers. Variety stores began popping up across America, becoming a staple of Main Street. 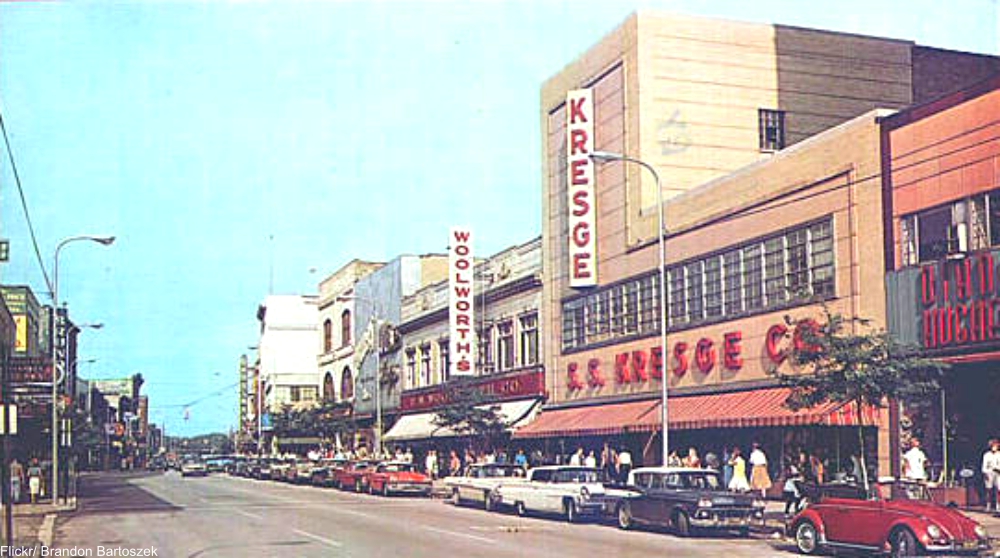 Woolworth’s and Kresge stores side by side, downtown Muskegon, MI, 1950s. Via/ Flickr

Attractive displays and revolutionary business practices gave shoppers an experience like never before, a far cry from the general stores of the past, where much of the stock had to be pulled from behind the counter or from bulk bins. 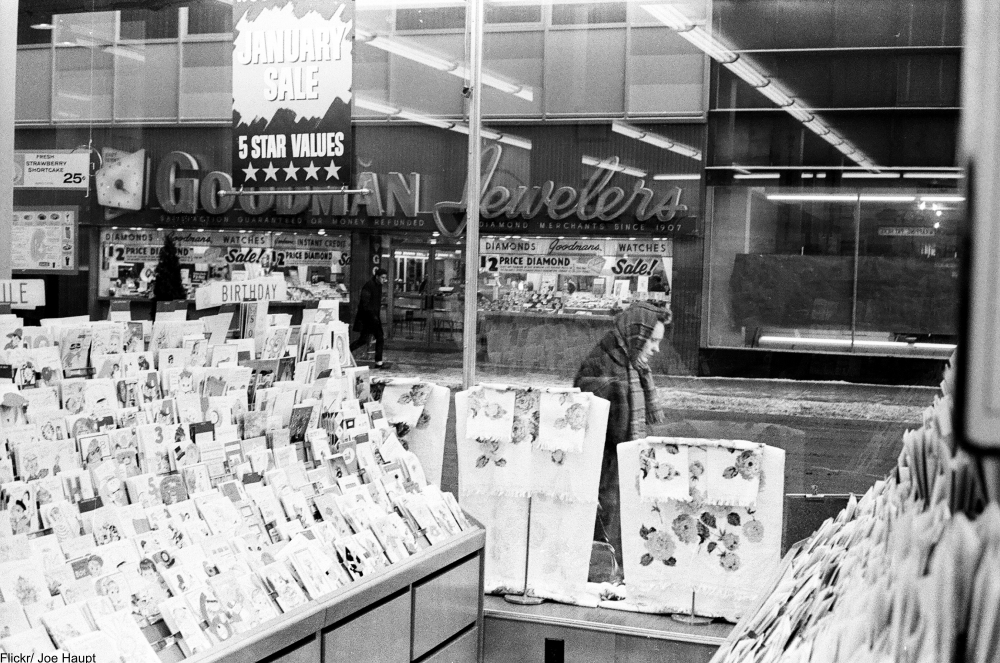 Stationary section in the Woolworth’s store, St. Paul, 1964. Via/ Flickr

Sebastian Kresge and John McCrory opened their version of the dime store in Memphis, TN, in 1897. Just 15 years after he first went into business, Kresge’s company was worth $7M and had 85 stores! 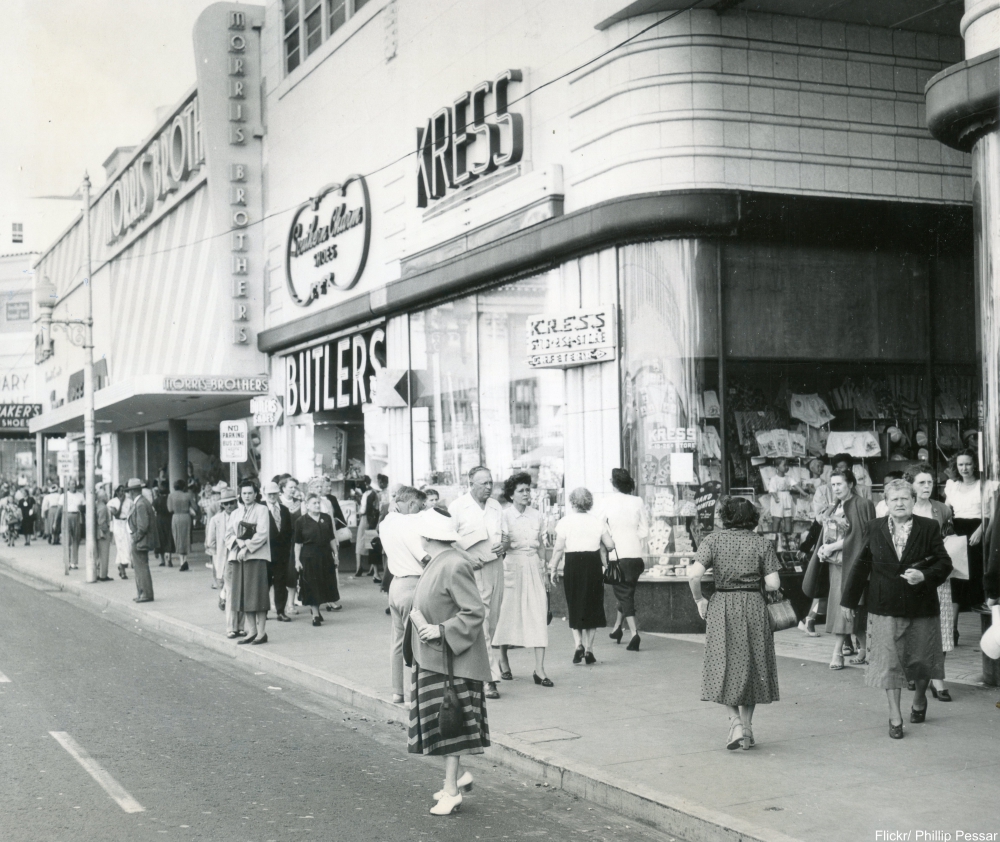 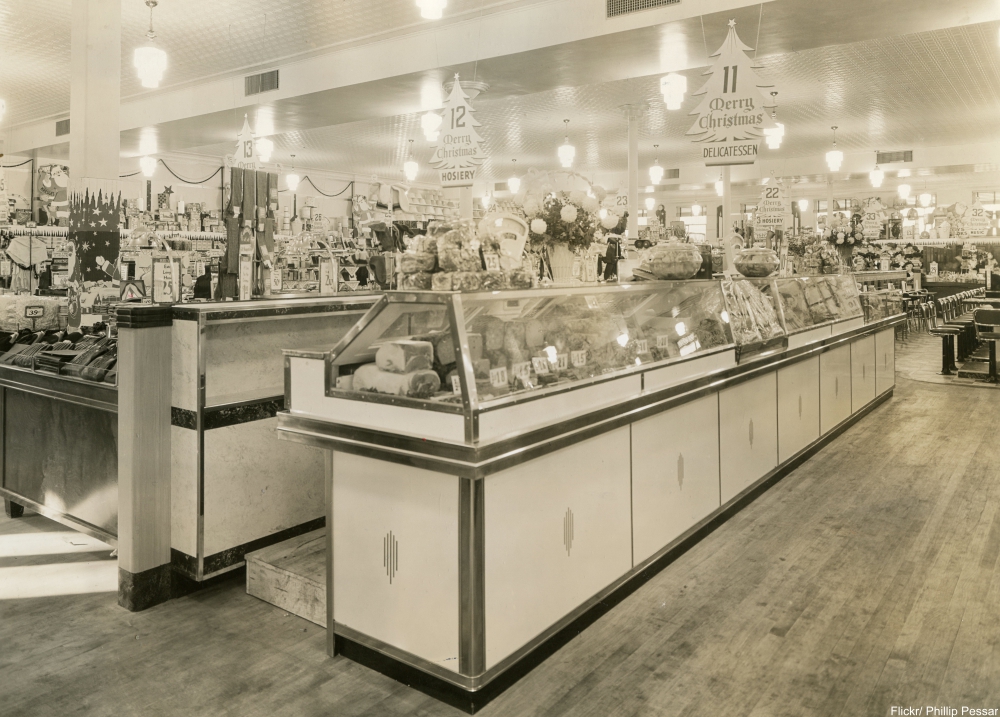 Kresge store at Christmas time with lunch counter in the background. Via/ Flickr

By 1910, Frank Woolworth had made millions and embarked on building the world’s tallest skyscraper in New York City, the construction of which he paid for in cold, hard cash. In reality, Woolworth’s only occupied 1 and a half floors of the ornate Woolworth’s Building, but it was a symbol of the incredible success of the company. 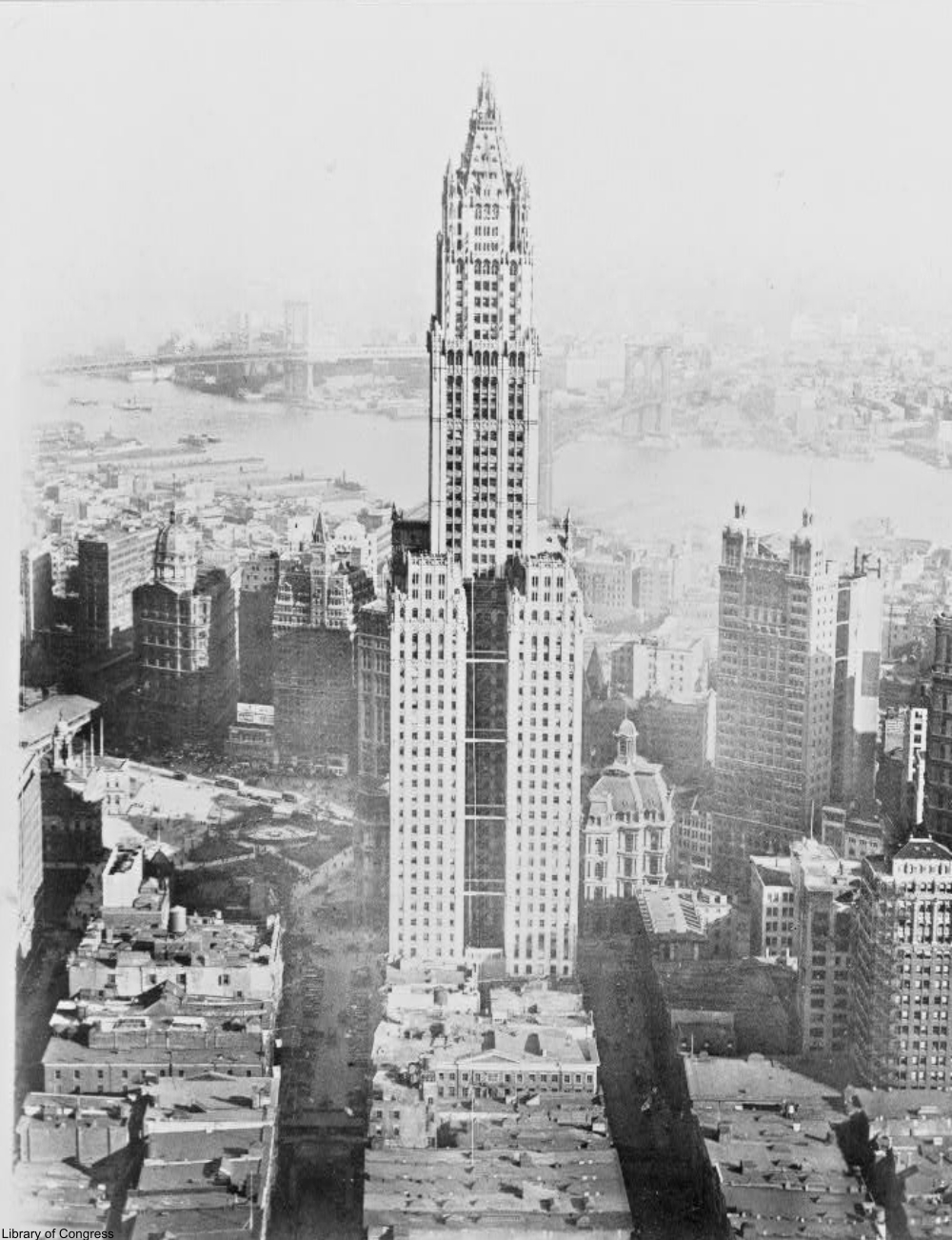 The Woolworth’s Building in 1923, ten years after construction was finished, at the time still the tallest building in the world. Via/ Library of Congress

Soon variety stores were offering a larger array of goods, separating them into departments, and offering food at their dining counters. After the Depression and inflation caused prices to swell beyond 5 and 10 cents, five and dime stores were sometimes referred to as dollar stores. Woolworth’s opened up stores around the world and became one of the biggest retail companies in the world. 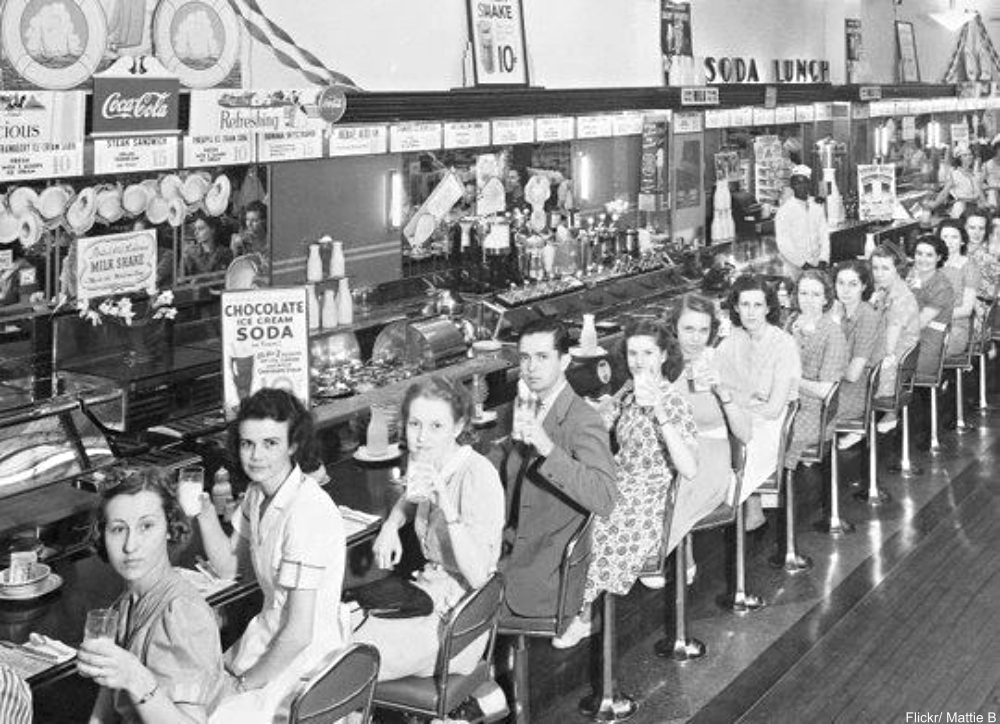 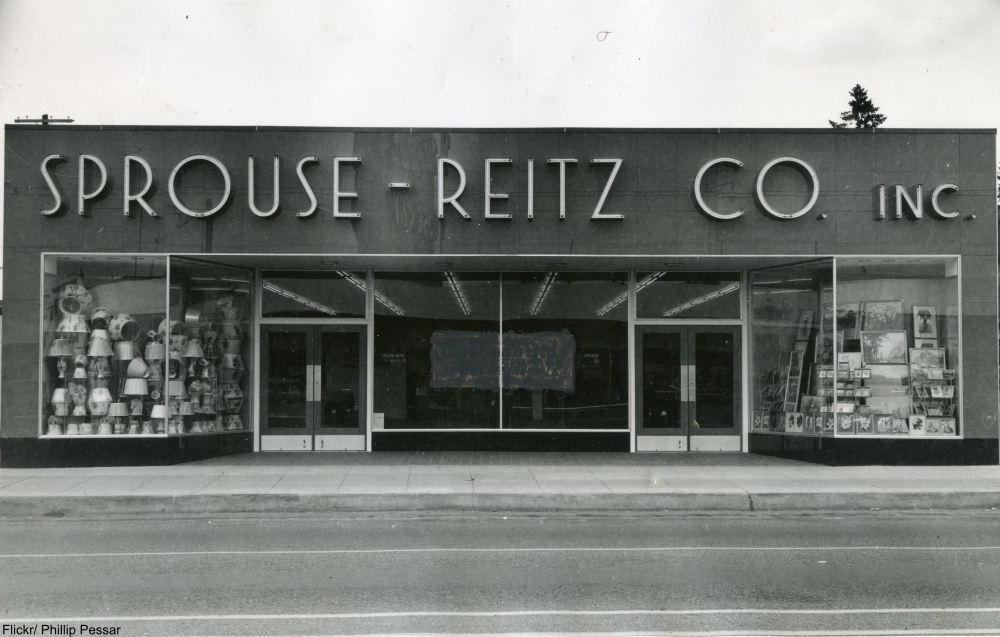 The Sprouse-Reitz five and dime stores were based out of Oregon. Photo from 1949. Via/ Flickr 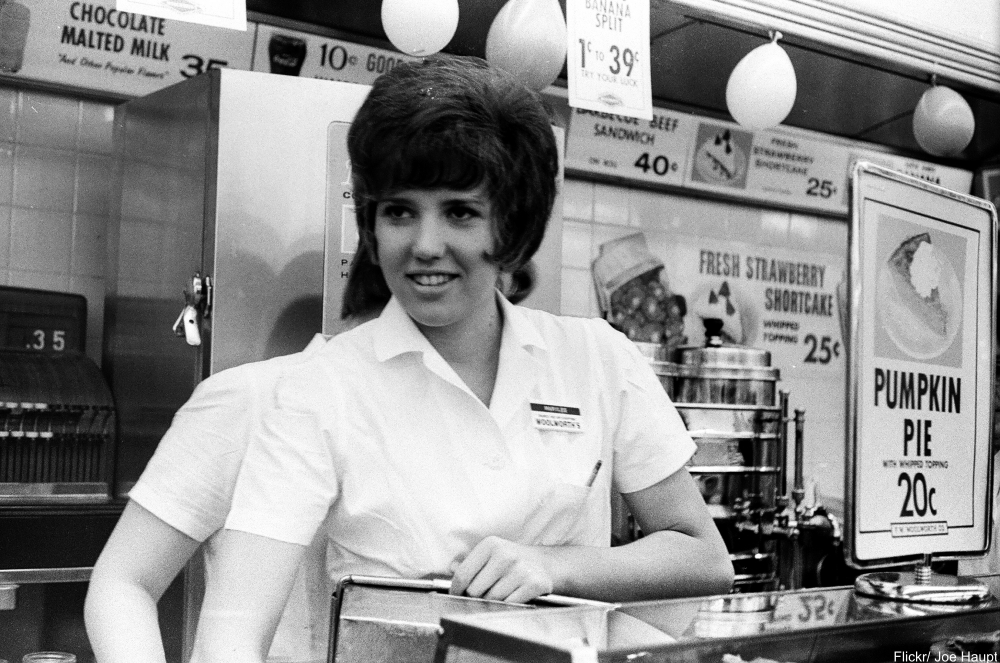 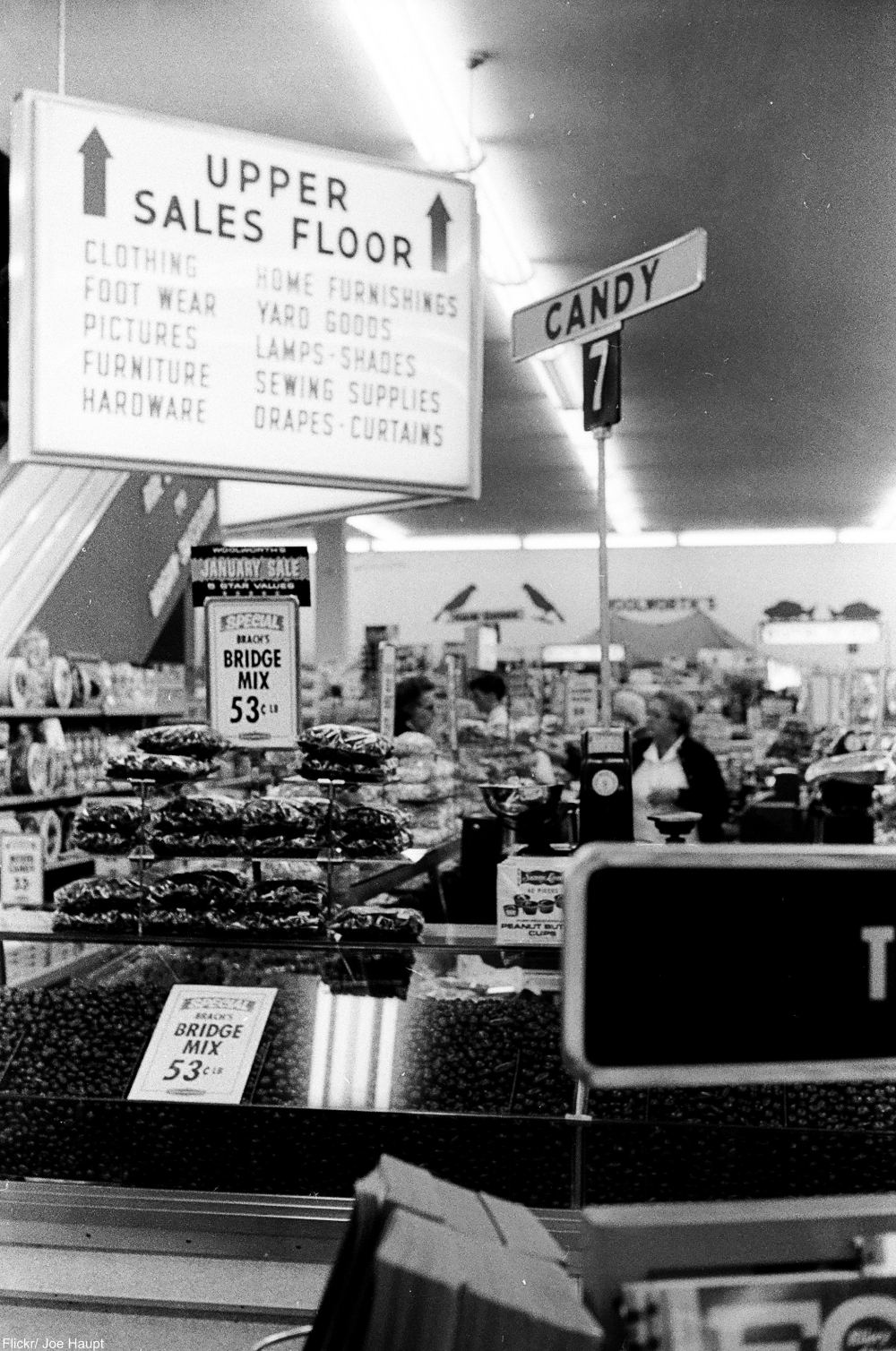 Eventually with mergers, the rise of large retailers, and catch-all drugstores there was no more place for five and dimes in the U.S. Kresge ended up becoming Kmart and Woolworth’s closed it’s last store in 1997 after struggling for decades to keep up with competitors, with most small five and dimes having called it quits well before. 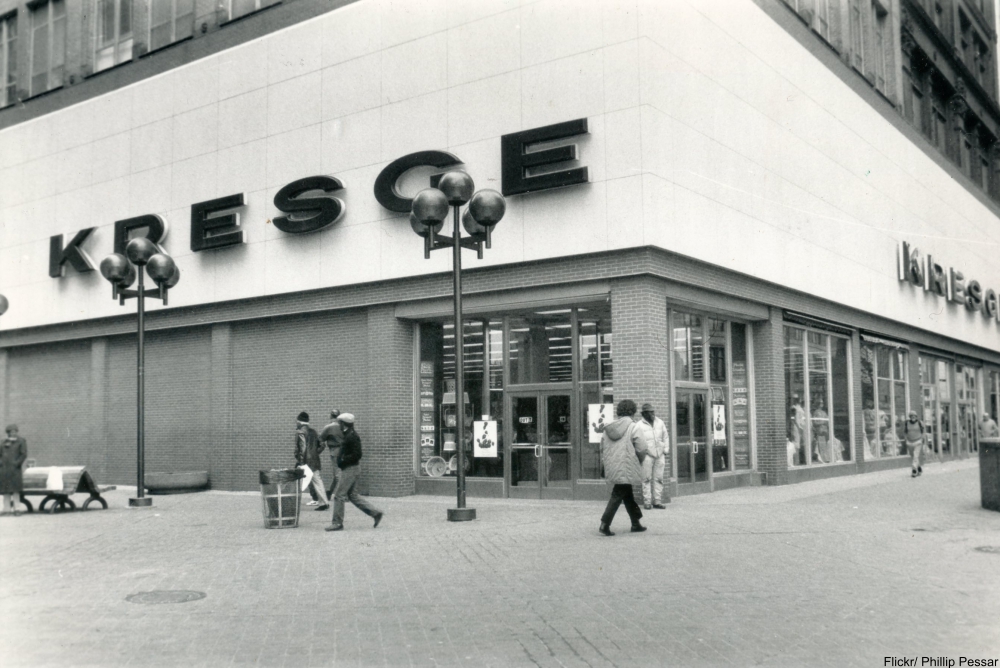 We will always remember the thrill of going in with our parents or working our first jobs in these iconic stores. Back then there was no place else to find such a variety of products in one place and at reasonable prices.