5 Amazing Manmade Grottos That Are Awe-inspiring

There is nothing like the splendor of nature, but sometimes inspiration can strike to create an homage to some of the most beautiful natural phenomenon. Using grottos as sacred places dates back to at least the Ancient Romans, when they created shrines to various water deities that were built on springs, wells, or grottos. For many people there is something healing, inspiring, and calming about a grotto and for this reason manmade grottos have been created for centuries in an attempt to capture some of that magic. 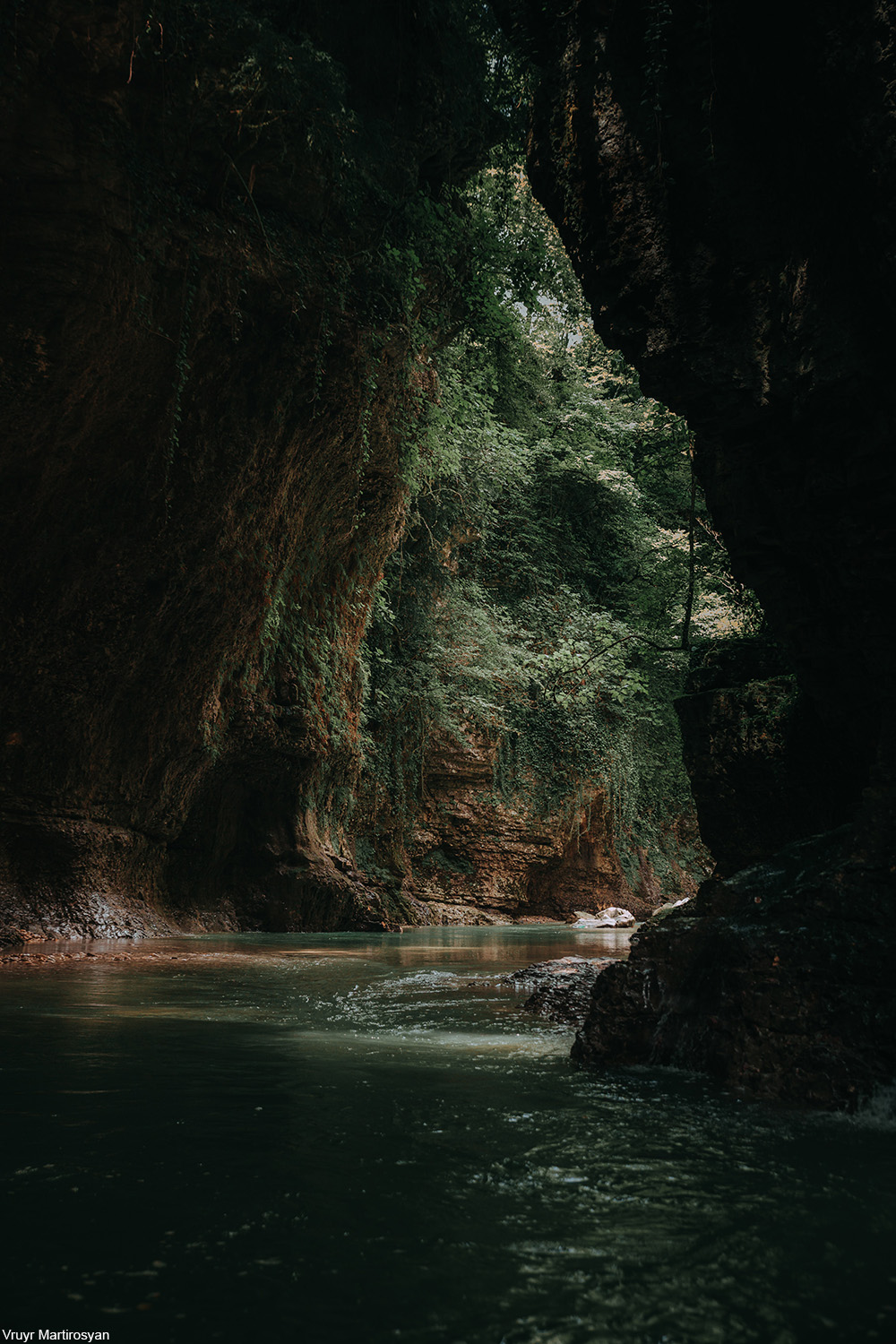 Natural grotto in the Semegrelo-Zemo Svaneti province of Georgia. Via/ Unsplash

Grottos have traditionally been caves that fill with water during high tides or periods of heavy rain. The stone walls and dark (yet peaceful) interiors are unique places in the natural world. Many people are filled with wonderment and spiritual feelings at the sight of grottos, and this one of the many reasons why they are often associated with religious visions, like at Lourdes.

But, at some point over the years, the term grotto has come to also mean a place filled with shells or a manmade cavern. And, some of these grottos are truly beautiful.

The Grotto of Redemption 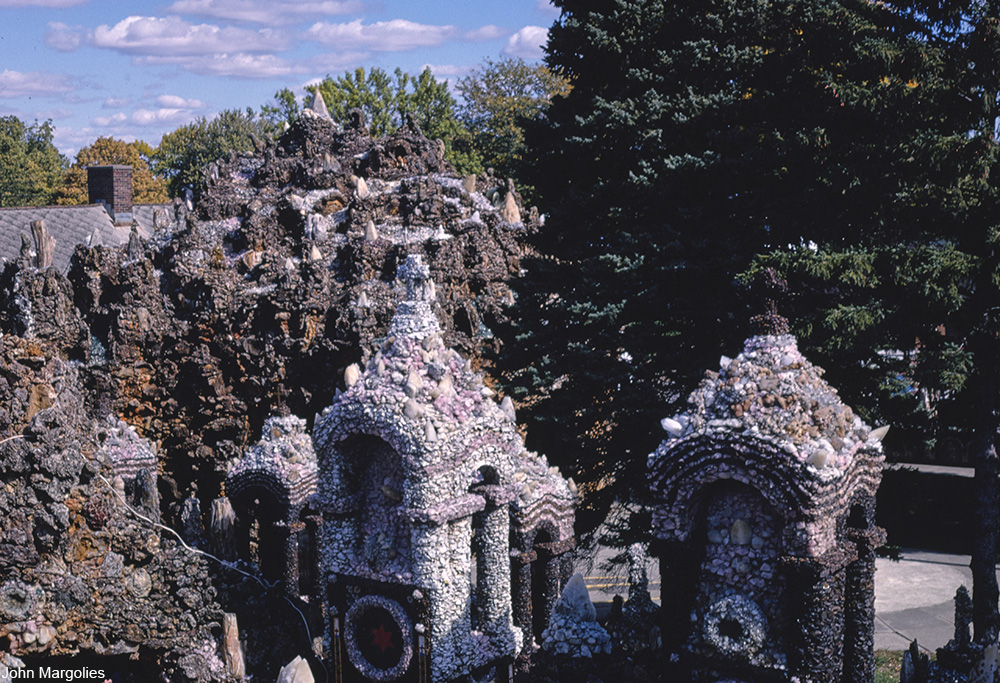 This rock-heavy installation was created after an illness was cured. Father Paul Matthias Dobberstein, a German immigrant, was studying in seminary school in Iowa when he was struck down with pneumonia. He prayed to the Virgin Mary to be healed and promised to build a shrine to her if he lived. He did survive and he began stockpiling rocks and other small objects for this shrine.

For 10 years he gathered rocks before starting in earnest on the grotto in 1912. Most of the work of laying the concrete and inlaying the rocks was done by Father Dobberstein and a young collaborator he hired, Matt Szerensce. For decades the two worked on the shrine, and stones were still being added even after the death of Dobberstein and the retirement of Szerensce. At some point during the 1990s the site entered a maintenance rather than building phase and the grotto was added to the National Register of Historic Places in 2001. 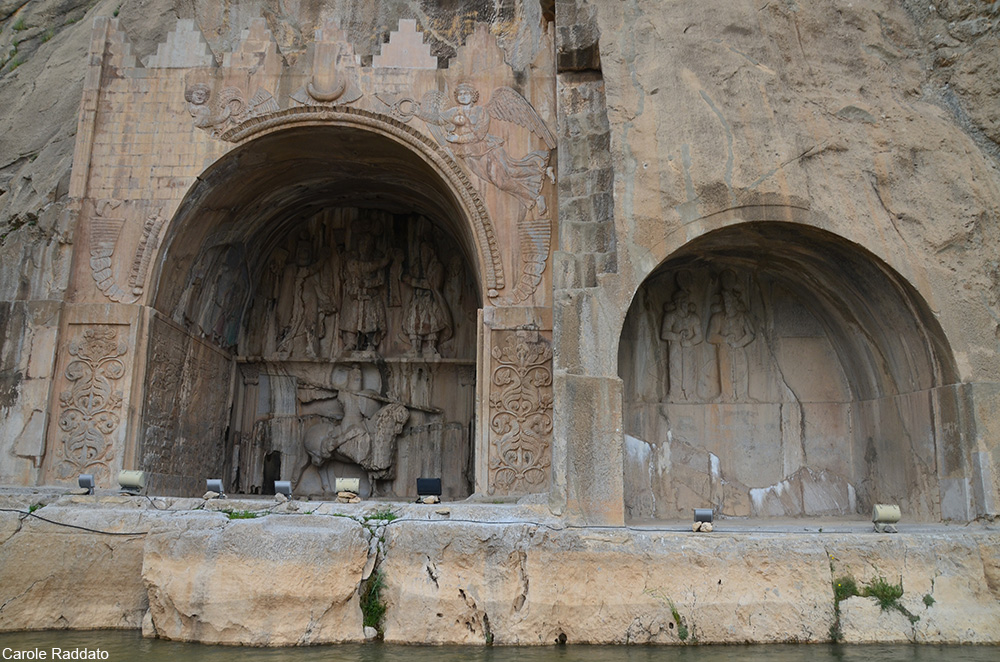 Carved into the rock sometime between 200 AD and 600 AD, the bas-relief scenes at the Taq-e Bostan landmark near the village of the same name in Iran, this grotto represents some of the fine sculptural work of the Persian Sāsānian and Ardashīr II empires.

The scenes show the glory of Iranian royals – who at the time the grotto was created were thought to be descended from the gods. The grotto was carved near a reflecting pool and naturally-occurring spring, on a route that Silk Road traders would have used often as a waypoint. 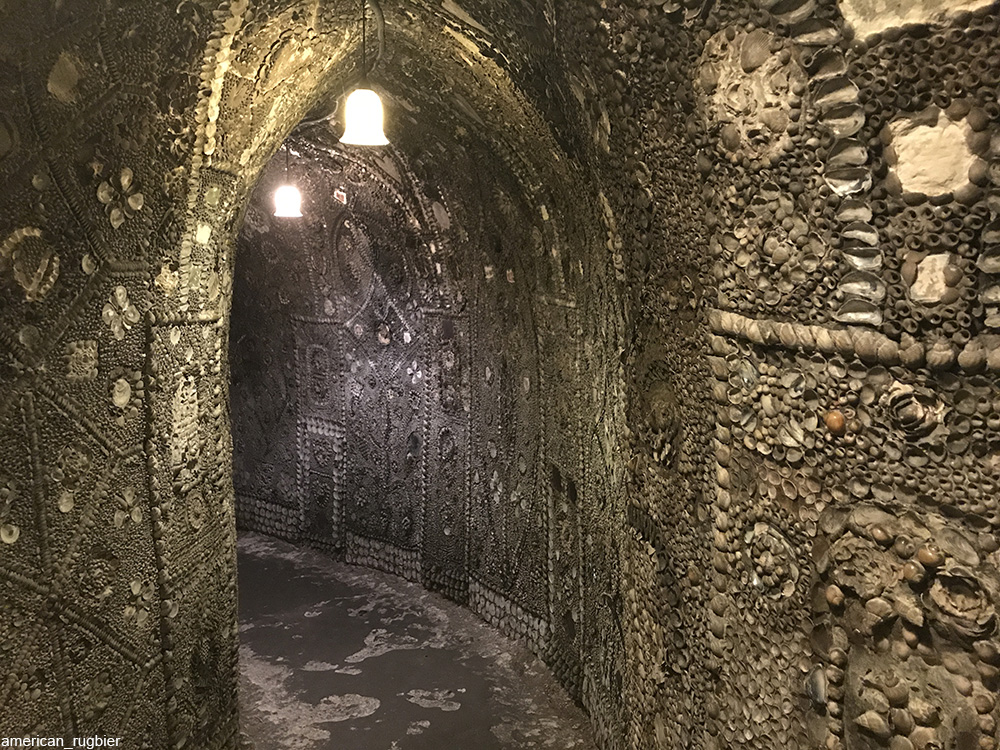 Located in Margate, England, this shell grotto is an intricate system of tunnels and passageways- each lined in mosaics made from a staggering number of shells. This painstaking work was completed by people who shall forever remain anonymous. The grotto was discovered in its completed state in 1835 an opened for tours a mere 2 years later. Over 2,000-square-feet there are an estimated 4.6 million shells– it’s truly astounding!

Some theories on who built the grotto range from idea that Freemasons or Knights of Templar built it for their secret meetings to the more plausible one that a now-unknown aristocrat built it as a sort of folly- something which was extremely popular in the 1700s. 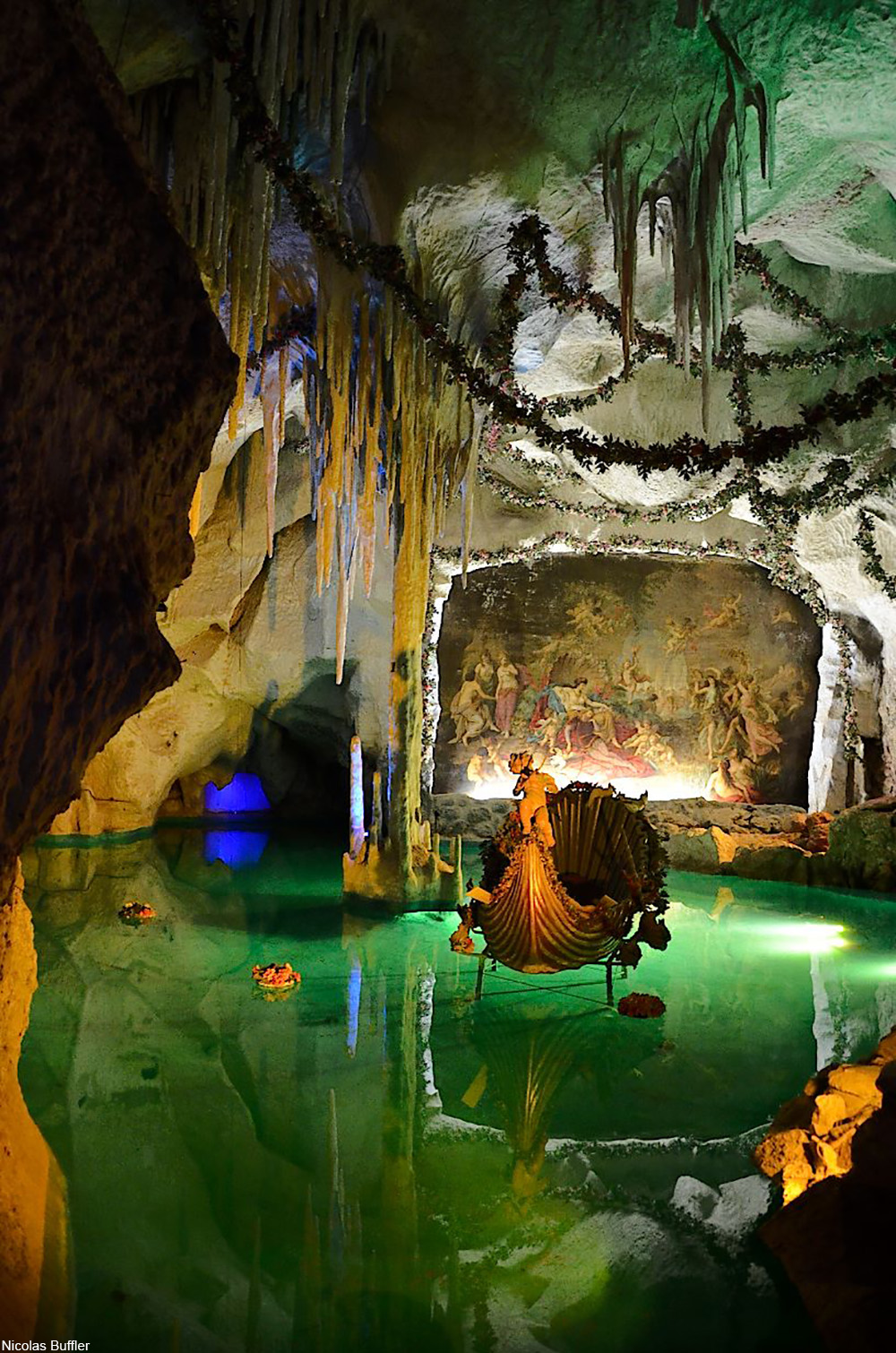 Bavarian King Ludwig II built the Linderhof mansion as the smallest of his estates constructed during his reign. The schloss (German for chateau) mimicked some of the style seen at Versailles and Ludwig was said to have idolized the French king, Louis XIV. Like at Versailles, the grounds feature follies, the aforementioned craze of the European elite of the 18th century.

King Ludwig II fancied having a blue grotto to ride in a golden cherub boat across, so of course it was built for him in his Venus Grotto (or Venusgrotte). An early form of artificial lighting allowed for the water to appear blue, just as he wished. For this the world’s first electrical stations were built.

The walls of the completely manmade building (finished in 1877) also features a huge mural depicting the first act of the opera, “Tannhäuser”, as well as numerous garlands of flowers that make the grotto seem all the more magical. 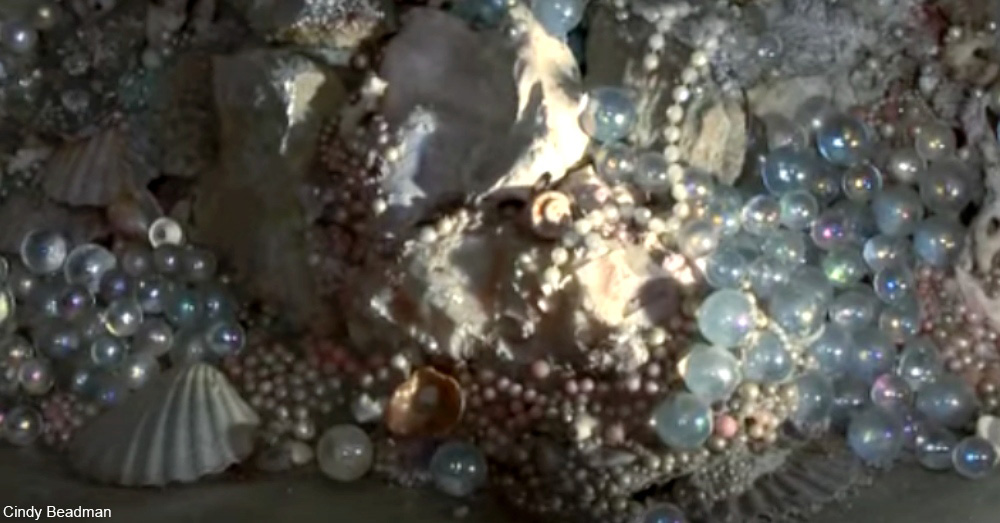 This unusual place was decorated in the manner of an enchanted grotto in the old coal repository under the famed Royal Crescent housing site in Bath, England. The Georgian townhomes were originally built to house the wealthy who came to Bath for the healing waters and the seaside vacation atmosphere.

Today the Royal Crescent is a hotel and spa, but underneath lies a secret world. Designed and decorated by healer, Cindy Beadman, the artist used to concepts for the project that were proven to be helpful in raising the spirits of people who are undergoing cancer treatments, mental illness, surgeries, and other stressful events.

The walls and ceilings glitter with a tinsel-like trail of shells, beads, pearls, and jewelry. The space is also adorned with low seats and tables, all of which look like they have been pulled from the depths of a mermaid’s apartment, which speaks to the supernatural escape that manmade grottos can provide to us today. Get a tour of the Healing Grotto in the video below.