Pork chops are a classic dish- something that many people associate with American cooking. As it turns out colonial Americans also enjoyed a good pork chop. Interpreting a pork chop recipe from 1792 that was included in the book, The Universal Cook by Francis Collingwood and John Woolams, Jon Townsend makes this dish using a few minor substitutions. The recipe actually calls for pan frying the pork chops and then smothering them in a special gravy. It sounds absolutely wonderful. 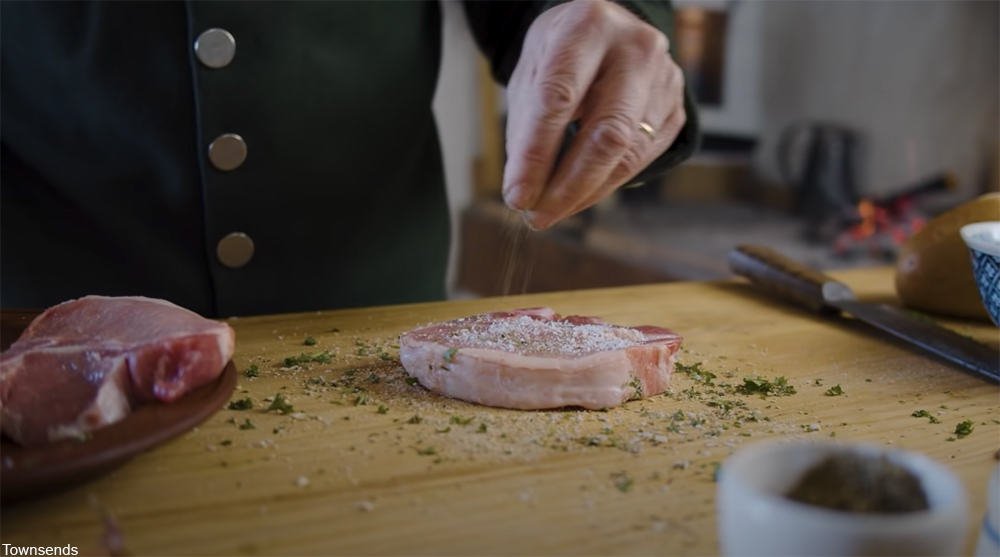 To start this recipe the pork chops are coated in a mix of parsley, thyme, breadcrumbs, salt, and pepper and the fried until a “fine brown”. Then the special sauce is made from leftover gravy (or pan drippings), mustard, and finely chopped shallots boiled together with a bit of butter and flour. To this add a little vinegar “if agreeable”.

The recipes from The Universal Cook would have been served in the tavern that Collingwood and Woolams owned and operated together. Recipes like this show what people would have eaten back then when they were away from home. This was before restaurants were common, but no doubt recipes like these kept people coming back for more! 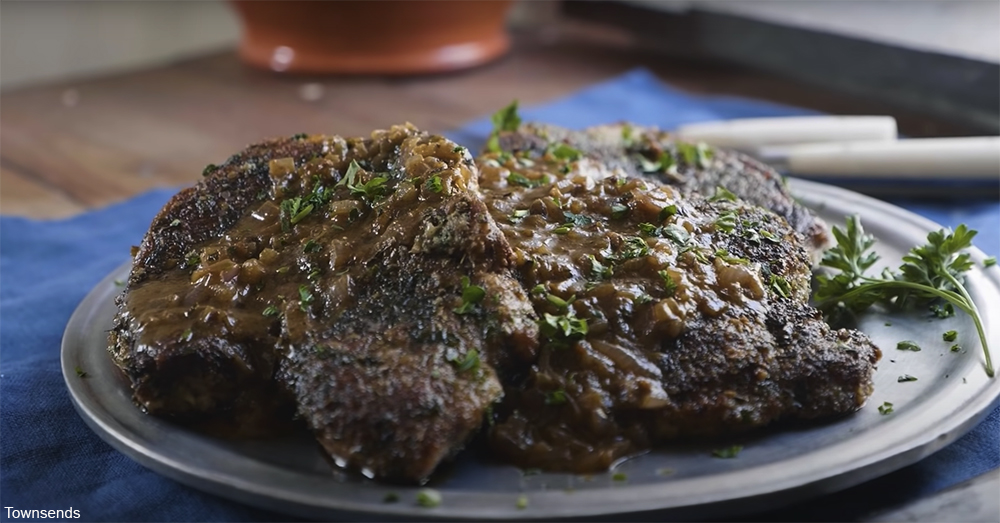 See how to make this historic tavern recipe in the video below.