18,000-Year-Old Puppy Found In Siberia Could Be The ‘Oldest Confirmed Dog’ In The World

They recently found a puppy that they estimate to be 18,000 years old frozen in ice. They are calling him the ‘oldest confirmed dog’ in history.

Pictures of the pup were shared by scientists Love Dalén, 44, and Dave Stanton, 34. They found the dog in Siberia buried in the ice in the summer of 2018. 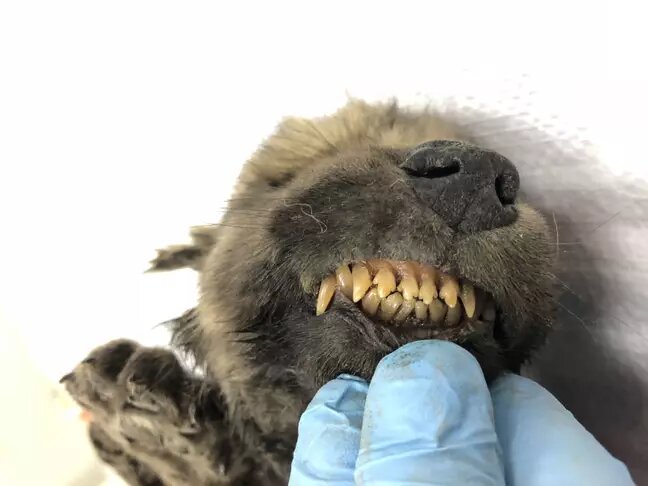 The scientists are from Stockholm in Sweden and have been analyzing the animal for a year. At this point, they aren’t sure if it is a young wolf or a young dog because it is before dogs were domesticated.

If it is confirmed that he is a dog, he may be the earliest confirmed dog and the discovery could teach us more about how the animals were domesticated.

The team says that the dog is ‘amazingly well preserved’ and has a full fur code and set of teeth. The only spot that he is missing fur is on his rib cage.

The pup is named Dogor, since he may be a ‘dog or’ a wolf.

They found the dog in northeast Siberia at a remote location. It was a few hours from Belaya Gora. The dog is still in Russia but they have brought one of his ribs to Sweden for study.

Love, who is a professor of evolutionary genetics said: “It’s pretty special because you’re holding it and it really feels like a very recently dead animal. 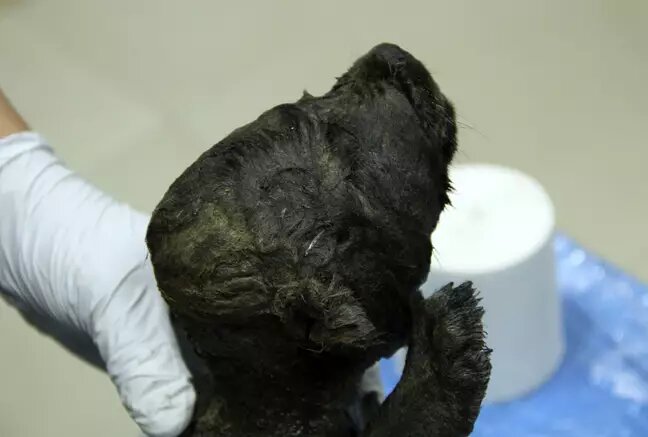 “But you think about it and this was an animal that lived with cave lions and mammoths and woolly rhinos. So it’s pretty awesome.

“It was amazingly well-preserved even before they cleaned it up.

“[When we found it] we didn’t know how old it was. They said they found it in the permafrost but it happens that things get frozen in there that are only a few hundred years old or even a few decades.

“We were excited about it but we had a healthy dose of skepticism until we radiocarbon dated it. Obviously, when we got the results that it was 18,000 years old, that changes everything.

“When we got that result it was amazing. Eighteen thousand years ago is an interesting time period where we think a lot of stuff is happening with both wolves and dogs genetically.

“I had assumed that what we’d find was that this was a wolf. But we recently got our first round of results on the genome and we can’t say if it’s a dog or a wolf. We should be able to – it should be easy.

“We cannot separate it from a modern wolf, Pleistocene [Ice Age] wolf or dog. One reason why it might be difficult to say is that this one is right there at the divergence time.

“So, it could be a very early modern wolf or very early dog or a late Pleistocene wolf. 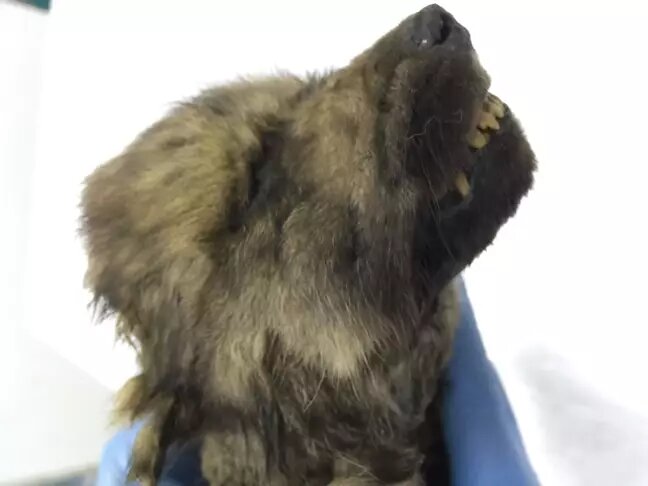 “If it turns out to be a dog, I would say it is the earliest confirmed dog.”

The other researcher feels that the dog is in good shape because they found him in a tunnel dug in the permafrost.

Dave said: “It’s very rare to get specimens that well-preserved. It’s basically been frozen for the last 18,000 years.

“You can’t find that kind of stuff unless you’re looking in that kind of place and there are obviously not many people doing that.

“It’s exciting when you get to look at the results and there’s a chance you’ll discover something new.

“It’s nice to know you might be able to contribute to something that’s been quite a big debate in the field for a long time.

“[Working on something so ancient and well-preserved] I feel fairly nervous about messing something up in the lab. You don’t want to screw it up.

“If you want to find the answer to that you need to look at ancient samples because the population they were domesticated from doesn’t appear to be around anymore.

“It’s specimens like this that could help clear that up but we don’t have the results yet to speculate on that.” 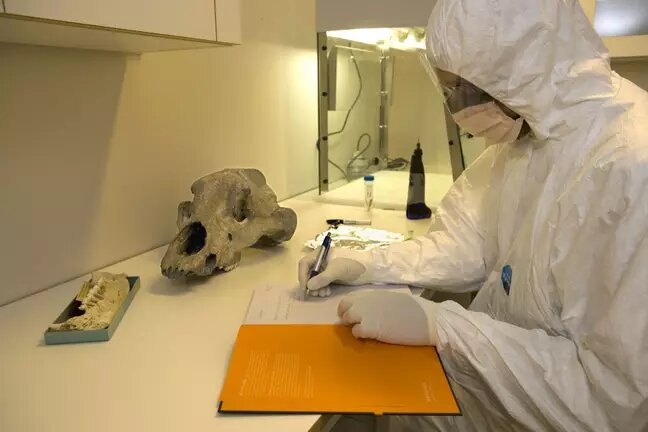 Sergey Fedorov is a 58-year-old scientist in Russia who is also working on the dog. He said: “It’s an amazing feeling, to see, touch and feel the history of the earth.

“Just imagine, this puppy has been lying underground in the same pose and condition for 18,000 years without being disturbed at all.

“I really carefully removed the dirt and other debris stuck to its body step by step, revealing a wonderful condition fur which is extremely rare for animals of that time period.

“The only negative was that the part of the spine was exposed, baring its ribs.

“We named the find ‘Dogor’ which translated from Yakut means ‘friend’. Also, it’s a pun – ‘dog or wolf?'”