10 Classic TV Shows That Changed Television As We Know It

Today we have an unfathomable number and type of TV shows available on a variety of screens. From talk shows to documentaries to comedies and skit shows to reality TV, we’ve never had a bigger selection of things to watch. But, if it weren’t for these pioneers of television we wouldn’t have many of the programs we enjoy today. Have a look at the 10 most revolutionary of the classic TV programs which the format forever. 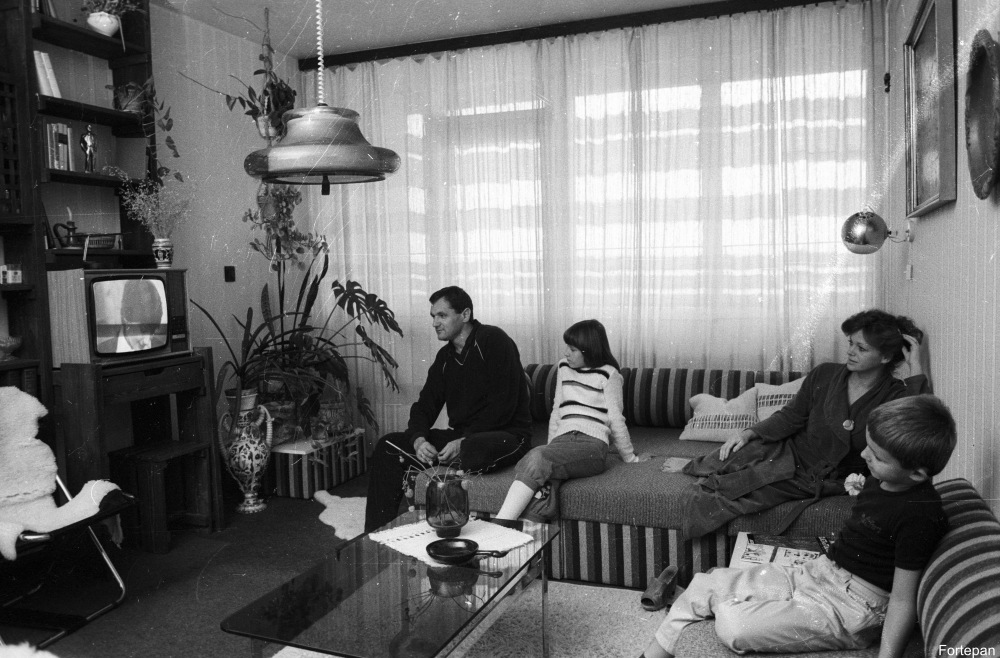 Never before had such impoverished people been seen on the screen living the daily grind of the average worker and housewife- the public actually felt sorry for them. Alice and Ralph Kramden didn’t always get along, but they always got by. Jackie Gleason had based parts of the show on his own humble Brooklyn upbringing, even making the apartment to mimic the one he grew up (right down to the address).

The 1955 show did not prove to be the most popular at the time owing to variety shows which displaced the sitcom in the ratings. However, today we know that this more realistic interpretation of daily life would pave the way for other beloved shows, like All in the Family and Good Times. 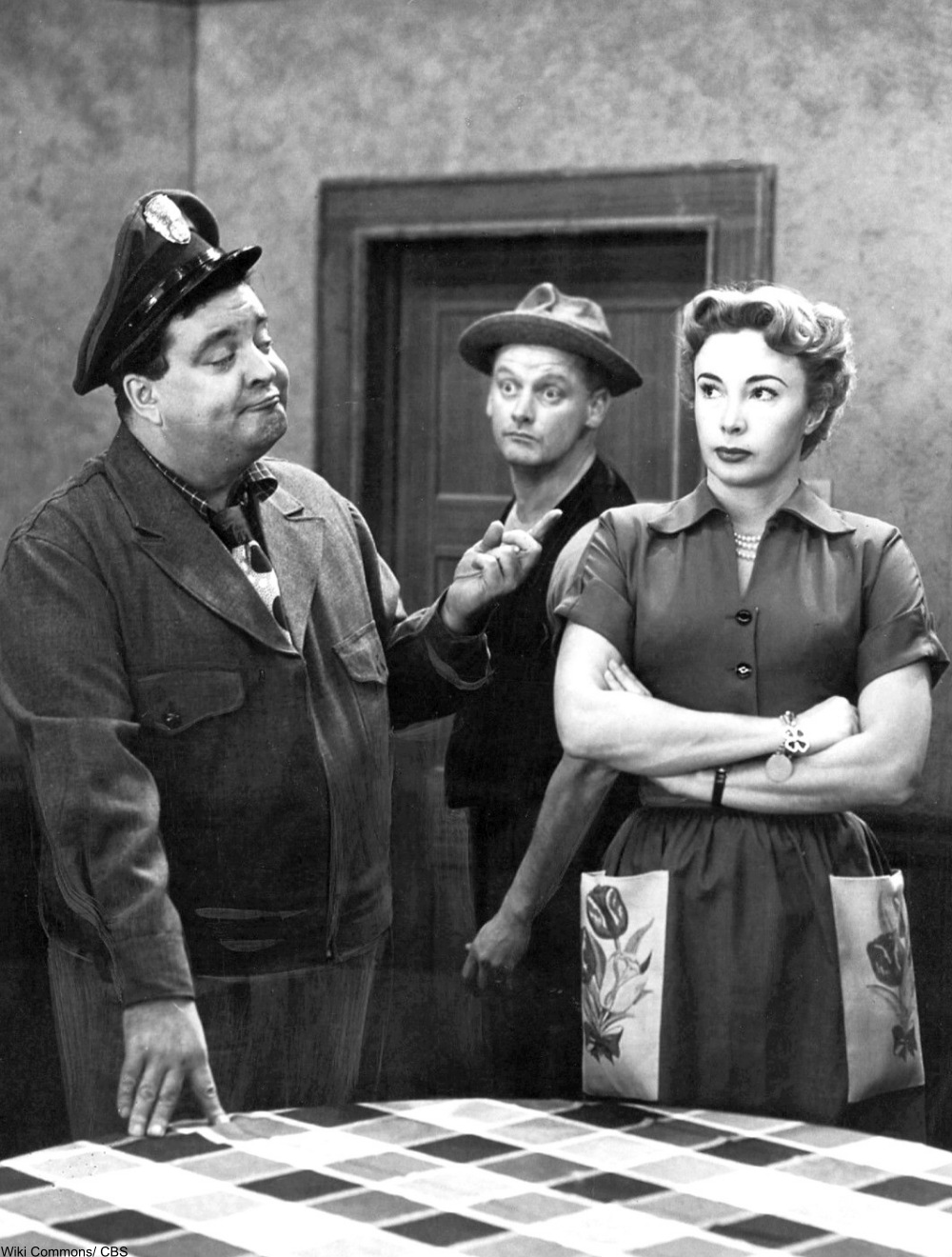 Never before had a female comedian led a sketch comedy show and never before had audiences related to a show so universally. The comedy cut across lines of age and gender to make it one of the shows a family could easily watch together and this is also the reason why the show continues to be funny to young and old alike today.

While Lucy was the forerunner of female comedy for television, at the time that Carol Burnett was getting her own show, The Lucy Show was still on air. Lucille Ball was a mentor Carol Burnett as they were the only two female head of casts on at the time. At the time, network employees attempted to dissuade Burnett from doing a variety show since they were always hosted by men. Later shows like The Facts of Life, Living Single, 30 Rock, (and many more besides) would focus on women, but at the time it was a rarity on TV. 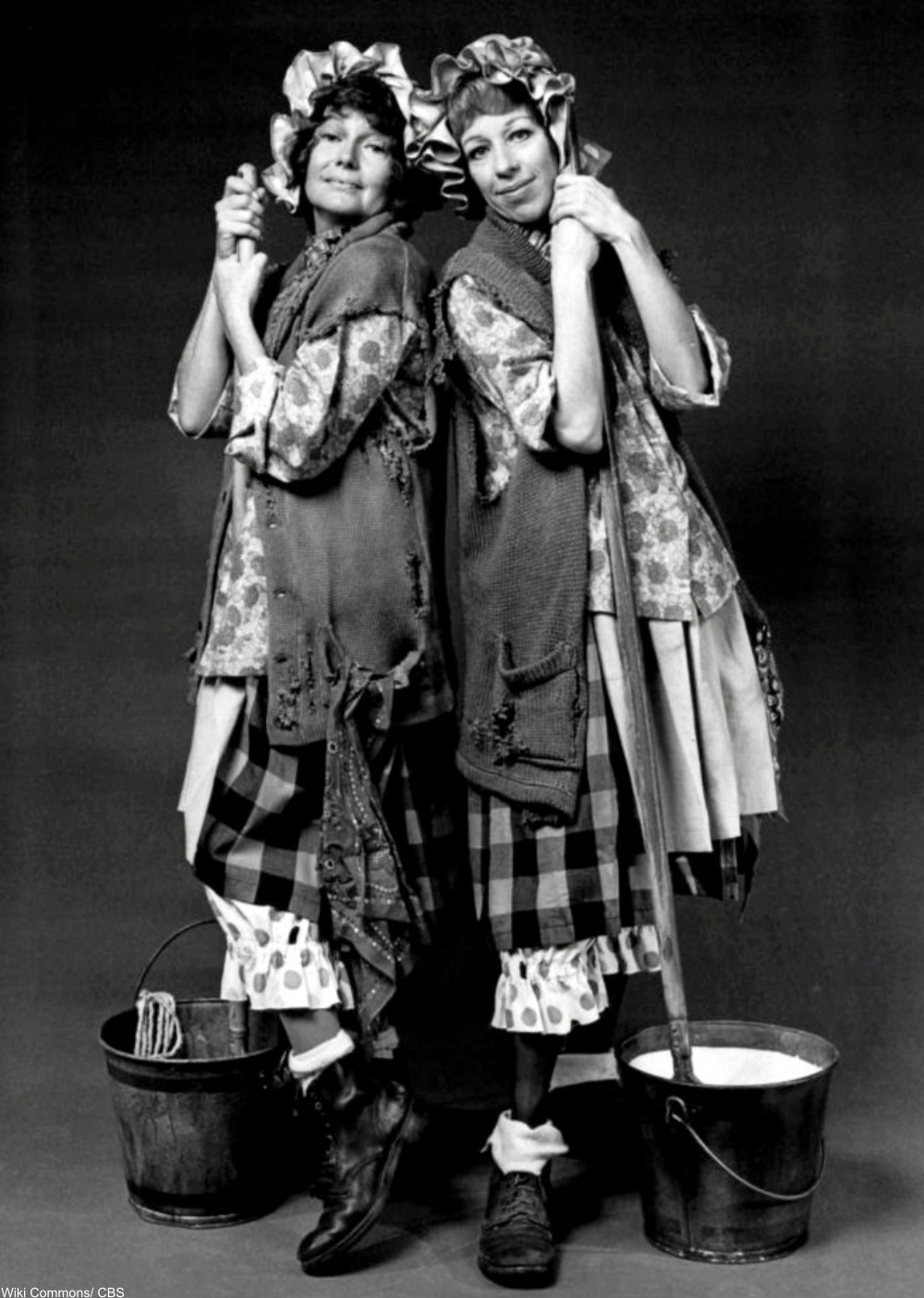 8) All in the Family

In keeping with the theme the The Honeymooners had set, All in the Family showed a slice of life where Dad’s ratty old chair was the best seat in the house and the changing world was a blur to someone as old fashioned as Archie Bunker. While Edith played the role of the accommodating and long-suffering wife, her innocence made her a champion instead of a martyr. Nothing was perfect on the show, but that’s what made this 1970s sitcom a classic.

The program attempted to tackle tough issues like race, religion, and sexual orientation through the lens of the overly-cautious Archie. The show has been aired in syndication since before the last season in 1979 and some have argued that the racial slurs Archie used actually helped race relations in the U.S. 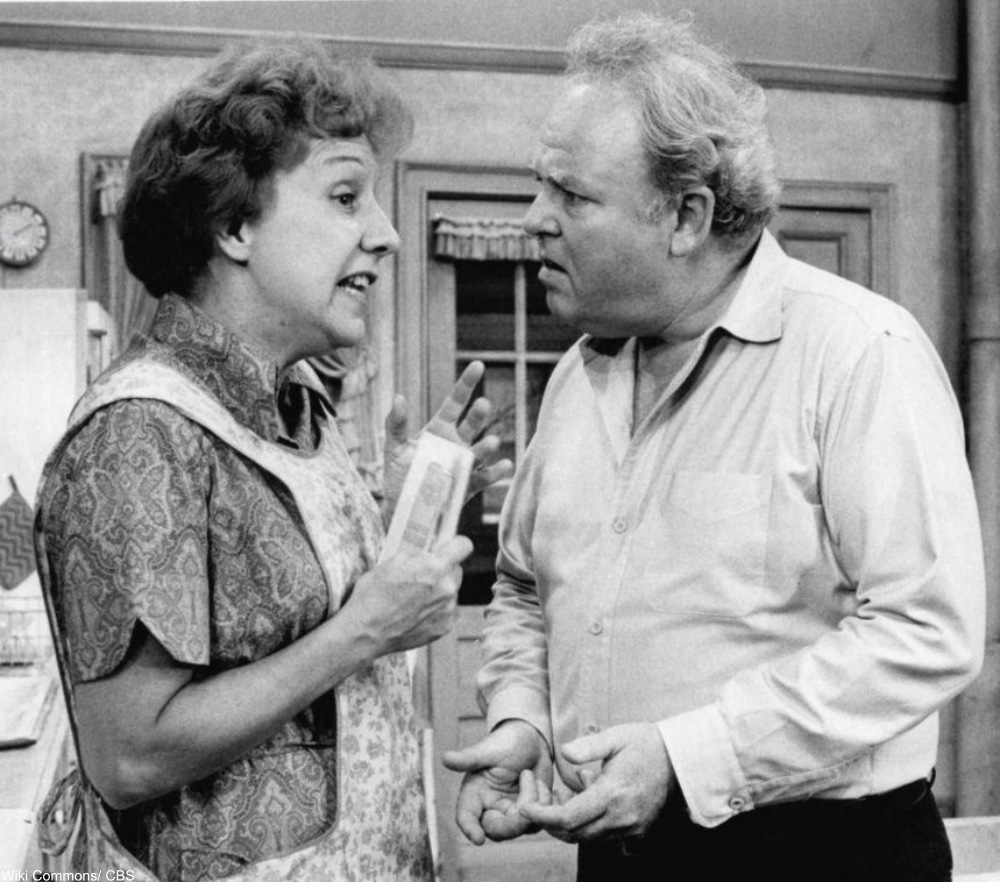 Like All in the Family, this spin off show was another glimpse into the American household, this time depicting an African American family with wealth, a rarity in real life as well as on TV. The dry cleaning business which made them so much money proved they worked hard and the premise usually revolved around the family trying to balance the world they came from with their new-found wealth and perceptions of them.

The Jeffersons aired from 1975-1985 and spawned a new era of inclusive television shows like The Cosby Show though few shows would ever match the popularity of the Jeffersons. 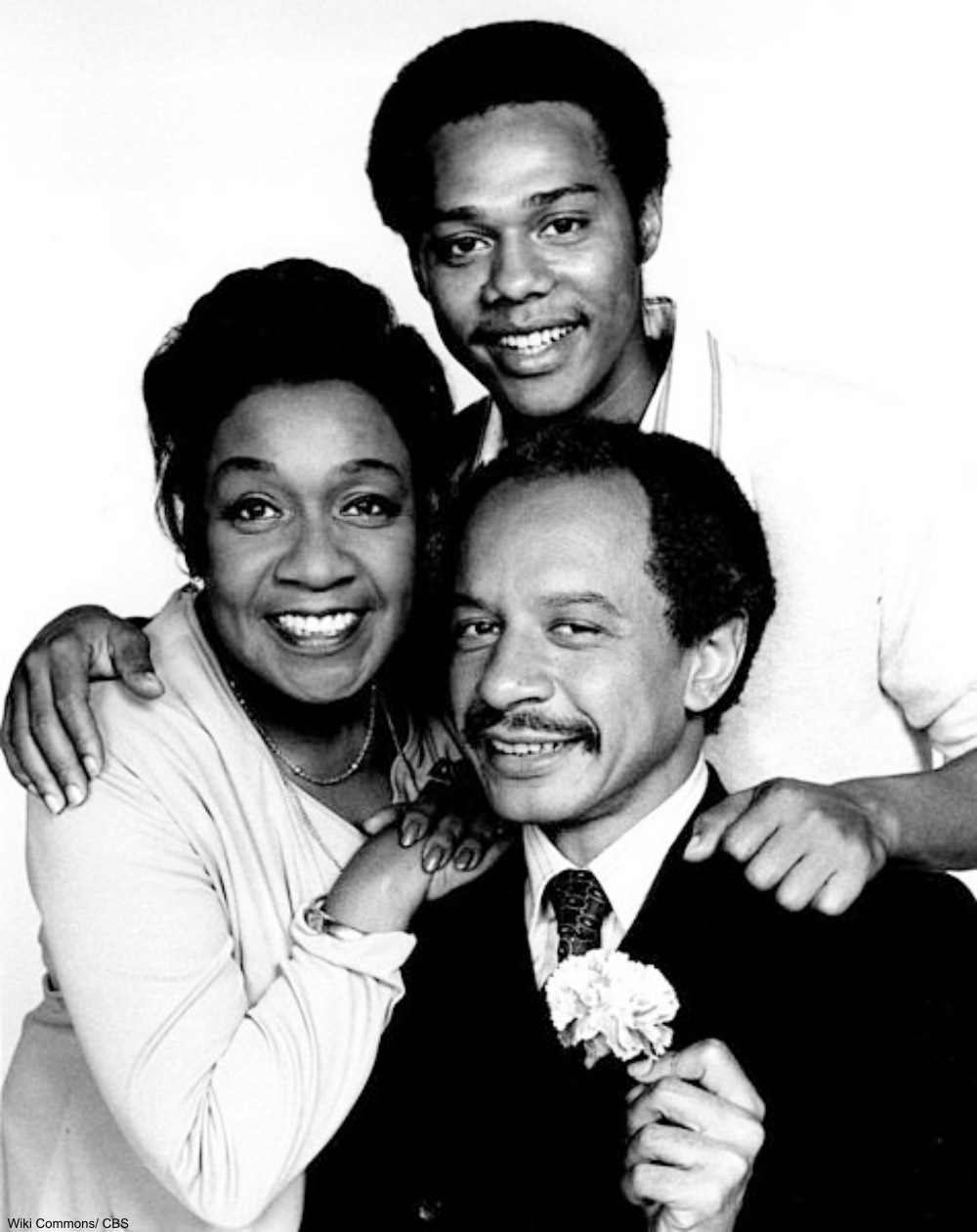 This classic debuted in 1951 to rave reviews, a sentiment which most of America held for until well after the show ended in 1957. We can’t imagine TV without Lucille Ball nowadays, but back then the female lead, who was far funnier than her husband, was a novel concept. Other shocking aspects of the show were the appearance of Lucy pregnant, with all the cravings that brings and the birth episode (a new concept on TV), and the mix-ethnicity marriage portrayed on screen with husband Desi Arnaz (another first).

It wasn’t just what the actors were doing: how I Love Lucy was shot also changed TV forever. The 3-camera system filmed 3 different angles at once for a more dynamic TV viewing experience. And, the Desilu production company made sure that syndicated airings of the show earned them money, a novel of aspect of TV at the time. Check out the hilarious scene where they try to get Lucy to the hospital in the video below.

Another Norman Lear show, Like All in the Family and The Jeffersons, Good Times reflected a changing America where many different types of people could be seen on the living room TV screen. This spin off of Maude (which was itself a spin off of All in the Family) aired from 1974-1979 and the story lines were much debated among the writers and producers of the show.

The show depicted how hard it was to make ends meet for a family strapped for cash and also highlighted the social and health problems facing the lowest earners in the U.S. who live in housing projects. At the same time, the program also spawned the birth of the catch phrase with wildly popular “Dy-no-mite!”- something which hadn’t happened on that scale before. 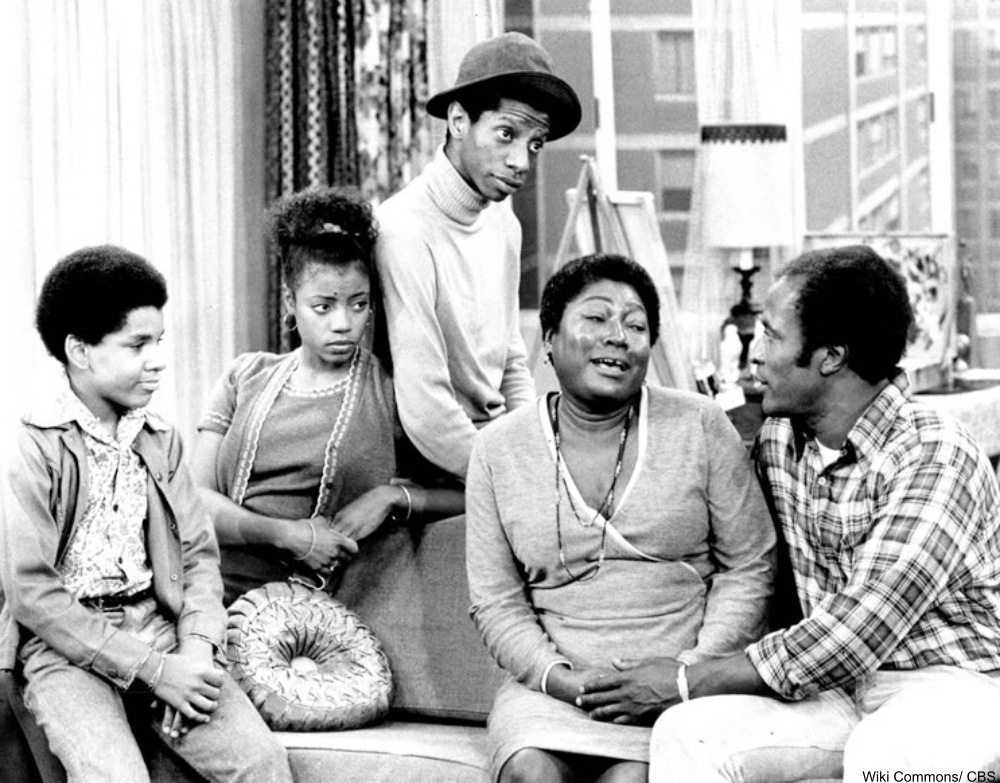 While the 1970s on TV was filled with a string of failed variety shows, the public was growing tired of the same format which had been used since the 1950s. The sketches, live music, political satire, and faux news and commercials of Saturday Night Live were a breath of fresh air for many. At the time, the show was received even by adoring audiences, as a very youthful spin on the classic variety show.

The counterculture could been seen in any number of skits, from John Belushi’s dopamine-seeking athlete in the “Little Chocolate Donuts” skit to the environmental implications of the Floor Wax/ Dessert Topping “commercial” SNL would become a staple for viewers for the next 40-odd years! 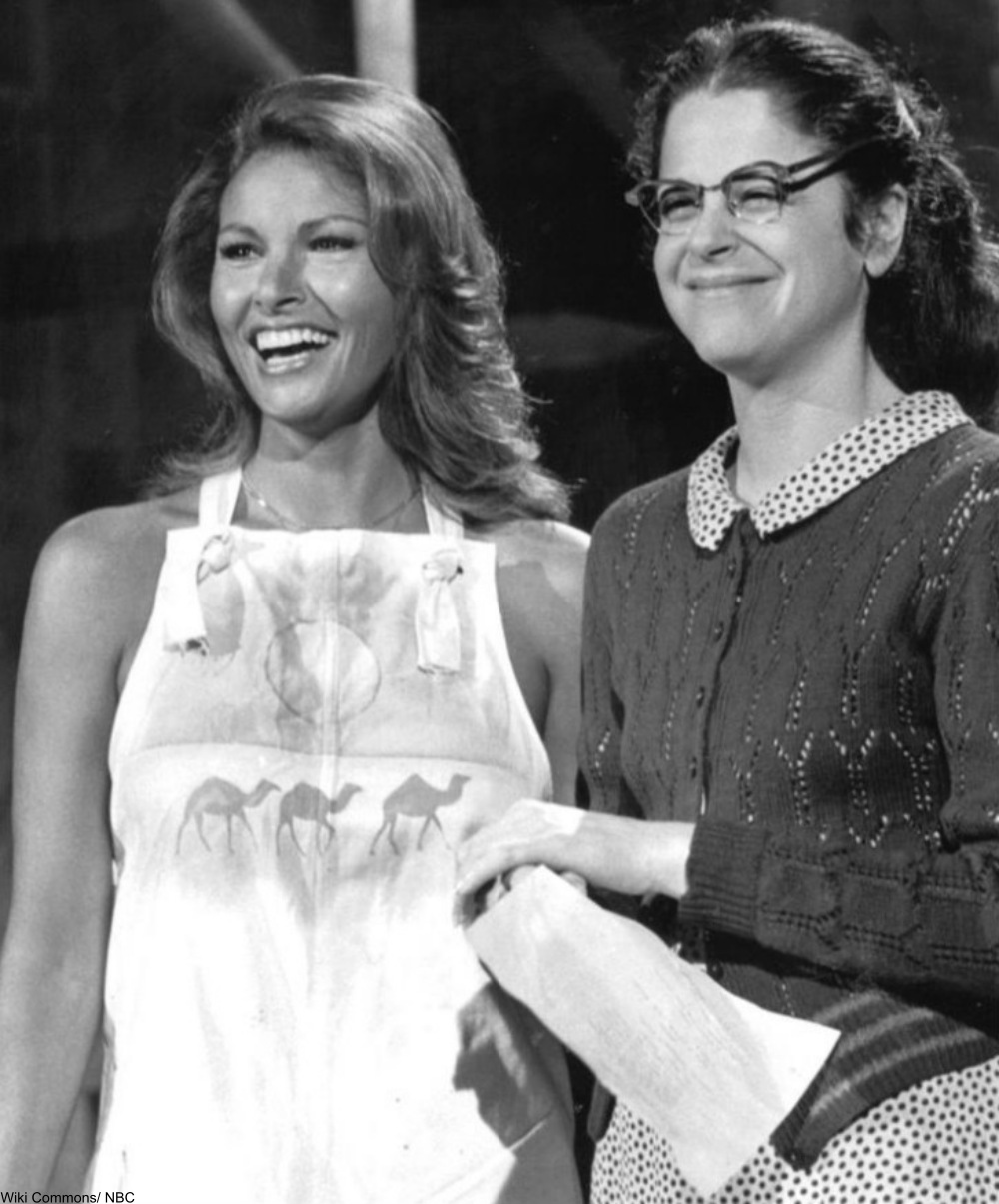 More than a variety show, The Tonight Show Starring Johnny Carson set the tone for all other late night shows to follow. The conversational style of the interviews, combined with the comedic banter between Ed McMahon and Carson, was a change of pace from the rehearsed and carefully planned performances, complete with lip synching, that had been so popular in the 1950s and 1960s with programs like The Ed Sullivan Show and The Jack Benny Program.

The Tonight Show would become the most popular late night program for decades, with Carson’s energetic persona at the helm of this new form of TV show. Years later there are many late night Tv shows, but Carson remains the most popular host despite the fact that he retired in 1992! 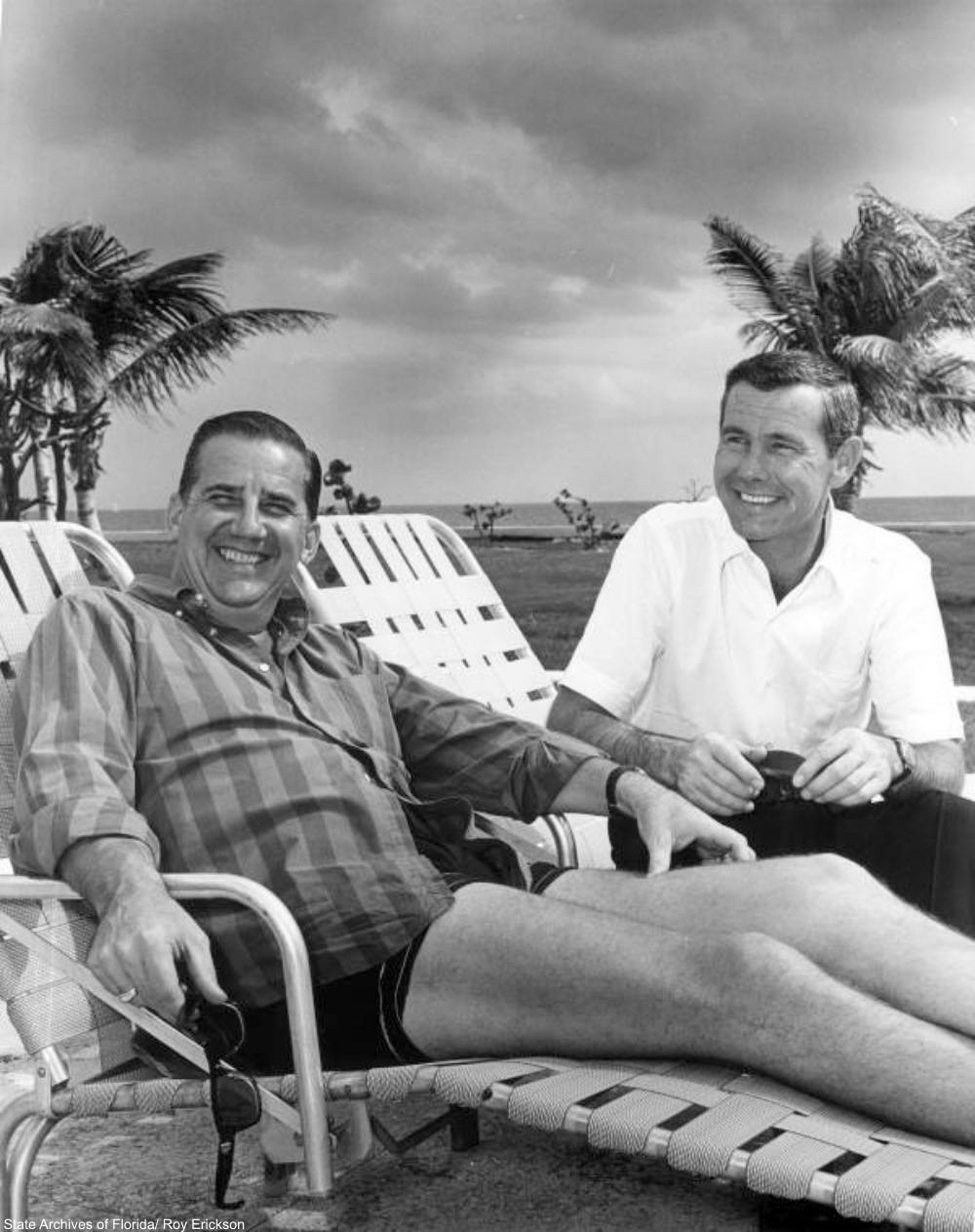 In the early part of the 20th century, Westerns had often been intended for children. But, Gunsmoke was one of the first Westerns to be created for adults as well. The show dealt with some of the logistics of how things were run in the Wild West and portrayed the treatment of outsiders in many different ways, something had seldom been done on TV before.

The show was the longest-running Western on TV with its 20 year stint. For this reason and many others besides it continues to be a classic that is alone in its class. 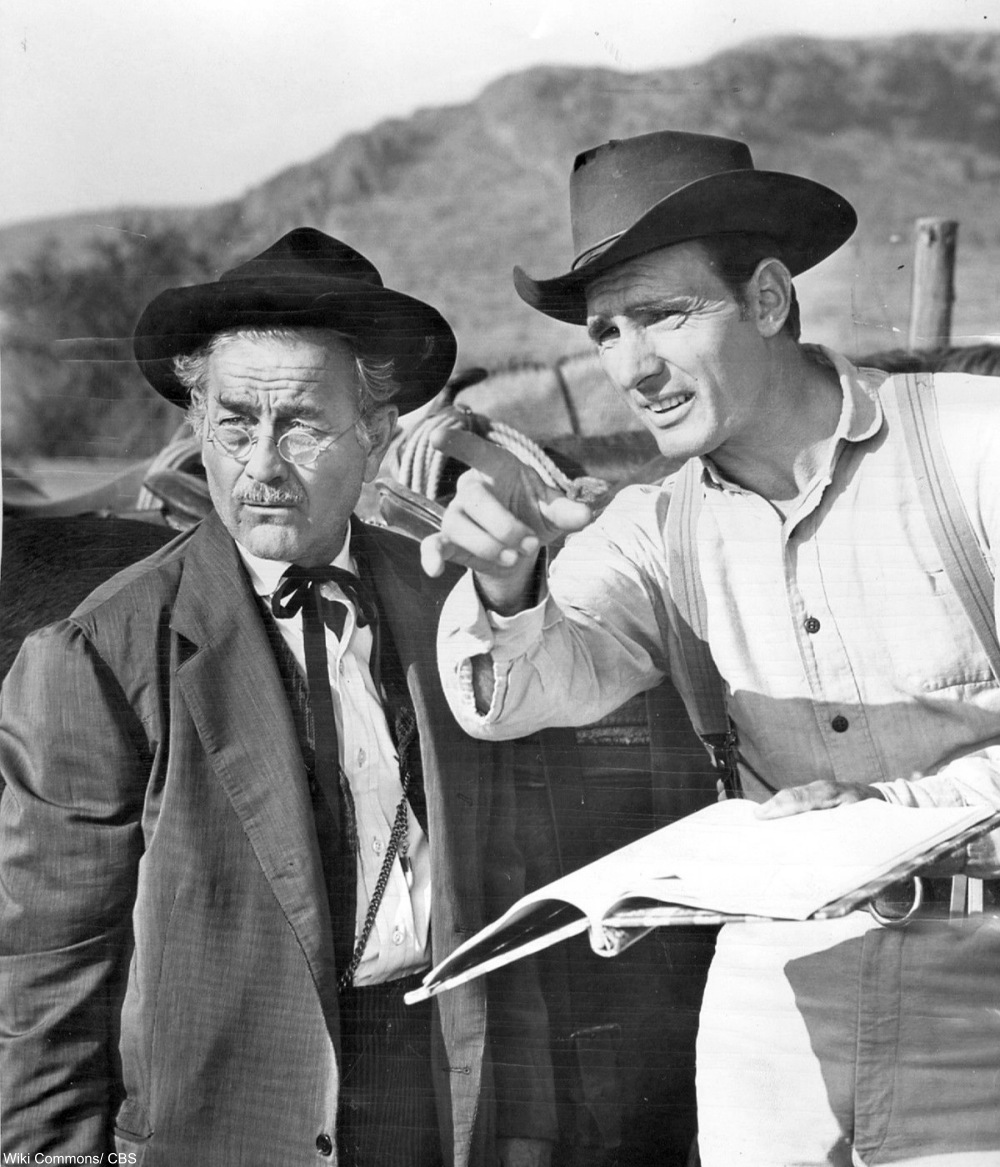 Soul Train owes a debt to American Bandstand, as does MTV- though Hit Parade was a radio show long before either one was on air. American Bandstand was the place to learn dance moves, to see what the kids we wearing, and to hear the songs which were topping the charts. The show was closely linked with record sales, something which had not been done before. American Bandstand was also one of the first TV shows to cater to a teenaged audience.

From the music to the interviews to the ads, the show was decidedly not for grown-ups. Instead, American Bandstand was a celebration of the new youth-centric music and culture that had sprung up since the end of World War II and which continues to dominate the media even today. Have a look at an American Bandstand dance contest from 1968, complete with the show ads, in the clip below.

Rare Marilyn Monroe TV appearance from 1953 is hysterical: Click “Next Page” below!